PC hardware waits for no woman or man. There is always something new on the horizon, some high-performance slice of silicon ready to become your next object of technological desire, some new chip that’s going to make everything worthwhile and finally deliver that perfect gaming PC you’ve always dreamed of.

But as soon as that new mega-core AMD Ryzen 3950X processor, or super-speedy Nvidia RTX 2080 Ti graphics card arrives, then we’re onto the next thing; fantasising about what the Zen 3 CPUs or Ampere GPUs might offer when the engineers and designers have finished running the rule over the next next-gen PC gaming silicon.

When is it time to say no more? When is it time to just be happy with what you’ve got and just play some games in the best way your current gaming PC can without worrying about which part you’re going to rip out next? That’s tough to say, such is the way of the modern human that we’re always wanting more, but even an ancient rig is able to deliver a surprisingly impressive gaming experience.

The beauty of the PC is that it’s an endlessly upgradable platform, but also that it’s an almost completely backwards compatible one too. Think of a console from 2011 that’s still capable of playing Gears 5 comfortably on the highest graphical settings. I’ll save you a little unnecessarily expended brainpower: you can’t.

But the Wreck Spec, our junkyard PC cobbled together from the leftover parts of other, better peoples’ upgrades, can still push 1080p gaming into your eyeballs at a surprising [frame] rate of knots. The eight year-old Intel processor and five year old Nvidia graphics card have still got enough about them to ensure you can play with the latest games without them resorting to a mere slide show.

And 2011’s Intel Core i5 2500K is still a fine-ass CPU that’s propped up many a high-performance gaming rig of PC passim, and one that I would wager still runs a good many to this day. Likewise the GTX 970; vilified as it was for its wonky video memory, it’s still an impressively powerful GPU. It was a $300+ graphics card back at launch in 2014, and even on its fifth anniversary is capable of powering pretty much any modern game you fling its way.

Our Wreck Spec rig is also kitted out with an MSI Z77A-G45 Gaming motherboard and 8GB of now relatively middling 2,133MHz DDR3 memory. It’s got a 250GB Crucial C400 SSD and a 1TB Seagate HDD keeping our Steam and Epic libraries spinning.

In the long, long ago this would have been a pricey machine, but today you’re looking at a full gaming PC for the price of a graphics card that could barely keep up with its gaming performance. Less if you just dumper-dived the parts like we did… 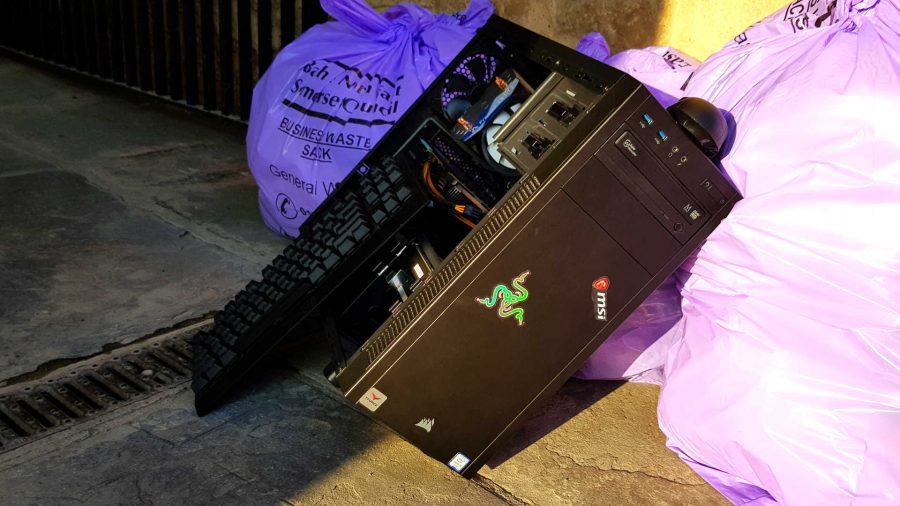 But this is also when overclocking really comes into its own, and we can actually use it for what it’s meant for. No, not grabbing a few extra MHz so you can show off to your ‘mates’ on HWBot, but actually just trying to squeeze as much performance out of your ageing hardware as possible because you can’t go out and buy a new chip every few months.

This is when overclocking really comes into its own

And the old Sandy Bridge CPUs were eminently overclockable too. Our resolutely quad-core 2500K will happily chunter along all day, with all its cores running at 4.5GHz, while sitting under a $20 air cooler. That’s a relatively chunky 800MHz overclock, and lets us squeeze out an extra fps or two in our modern games.

Our graphics card… well that should be a little tougher to crank up as we’ve dug a small form factor Asus GTX 970 out of the skip and its limited cooler ought to make it difficult to get too much extra pace out of the Maxwell GPU.

But Nvidia’s five year-old 28nm architecture was a mighty overclocker, and even the GM204 silicon at the heart of this compact card will happily take another 200MHz of extra clock speed without breaking a sweat.

With both the CPU and GPU clocked up we can enjoy a nice little free performance bump in pretty much every game we’ve tested. And neither of these overclocks are particularly stressing the geriatric rig; we can leave these settings in place as standard and never look back. 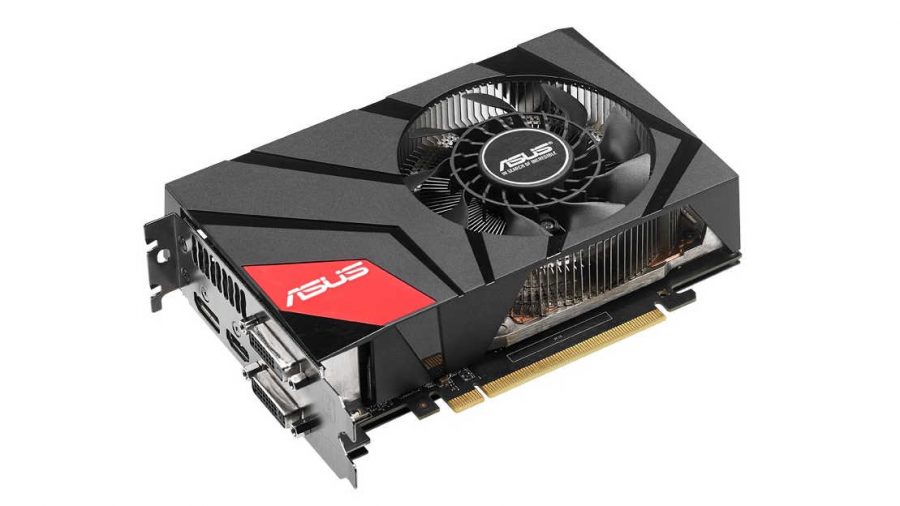 How does an ancient gaming PC perform?

It has to be said that at 1080p our eight year-old CPU and five year-old graphics card aren’t capable of hitting 60fps in every game at their maximum settings. That’s a given, and you surely wouldn’t expect the poor wee thing to deliver that sort of performance this far down the line.

That said, there are exceptions with Civilization VI, Far Cry: New Dawn, and F1 2019 all getting incredibly close, or topping the 60fps mark, with our comfortably overclocked rig. And with some studious settings tweakery it’s surprisingly easy to get performance on all these modern titles up above the 60fps mark without losing too much in the way of visual fidelity. Most of the time you’d have to look real hard to see the difference, especially with a moving in-game image. 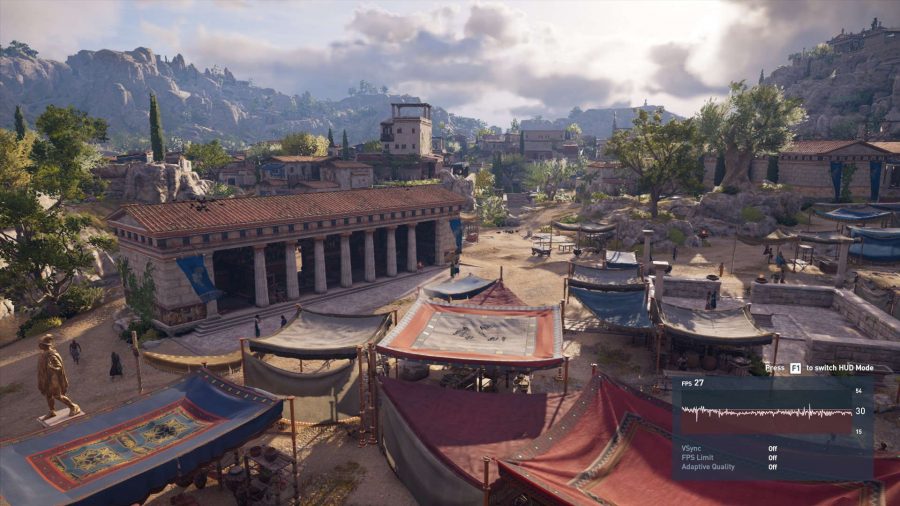 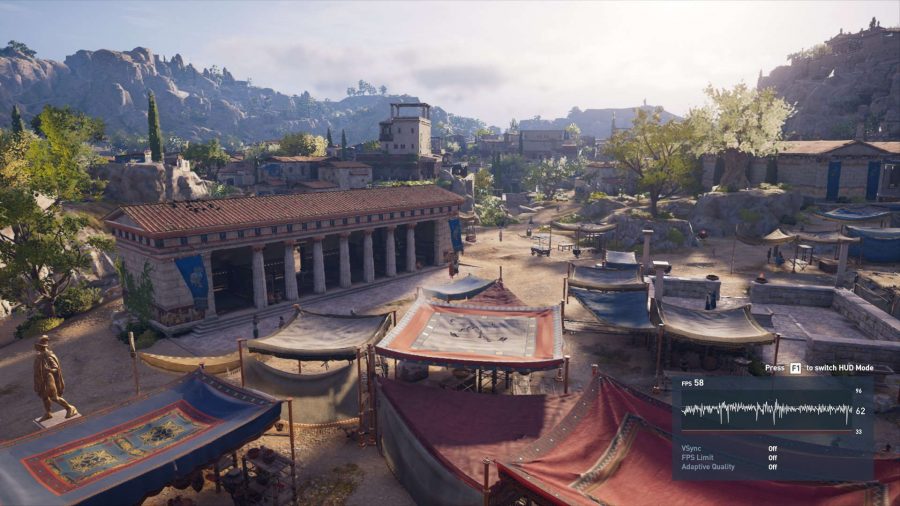 On the highest 1080p settings Assassin’s Creed Odyssey does chug on the Wreck Spec, and even overclocking the 2500K and GTX 970 doesn’t make a dent in it. But by switching to the High preset, knocking down the anti-aliasing and texture, shadows, reflections, and volumetric clouds we managed to hit a comfortable 60fps average. You can see the difference in quality with the slider, but it’s not a huge hit considering the frame rate performance you’re getting. 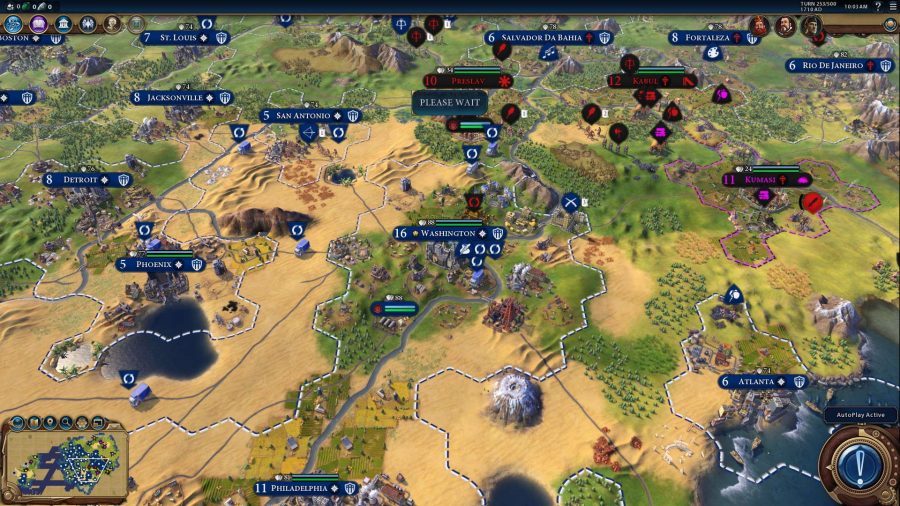 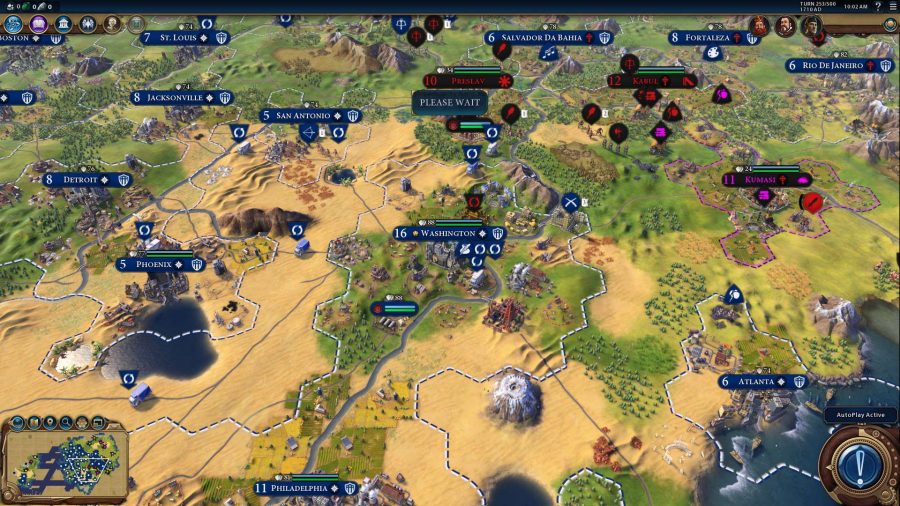 Civilization VI isn’t too far off the 60fps 1080p average even on its stock Ultra settings. Overclocking isn’t enough to get it above the requisite frame rate mark, but turning off the cloud shadows and knocking the shadow resolution down to 2048 x 2048 just about is. 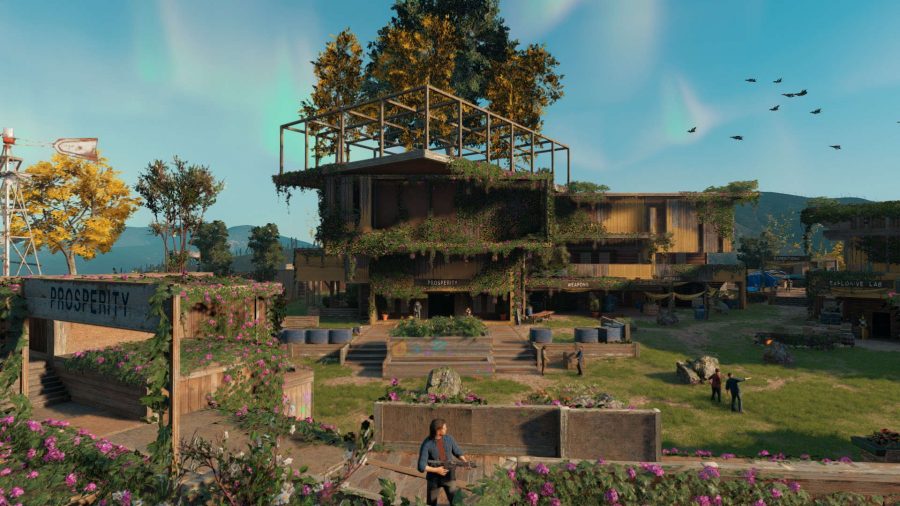 Even at the stock speeds of the geriatric Intel and Nvidia CPU/GPU combo we were getting a Wreck Spec average of just about 60fps on the Ultra settings anyways. But after a judicious beating with the overclocking stick we’ve managed to comfortably top the average and get a little closer on the minimums too, delivering a smooth gaming experience. 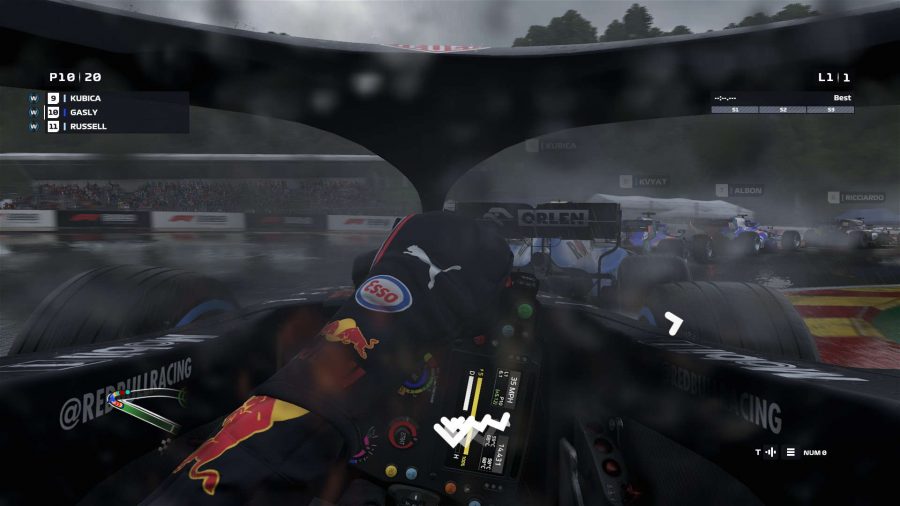 The latest Formula 1 game likewise just needs a little overclocking love to get from the super-close stock performance up above the 60fps mark at 1080p and Ultra settings. With the CPU and GPU pushed not even to their respective limits we’re almost getting a rock solid minimum 60fps. 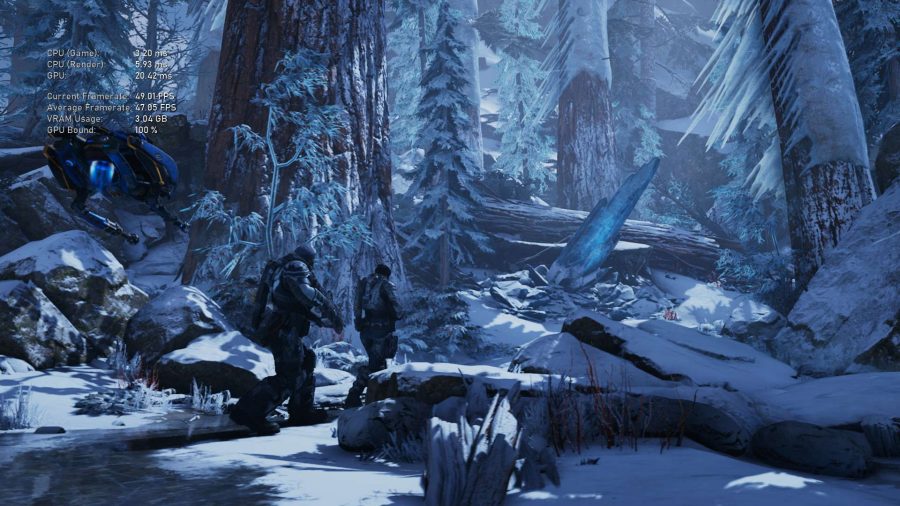 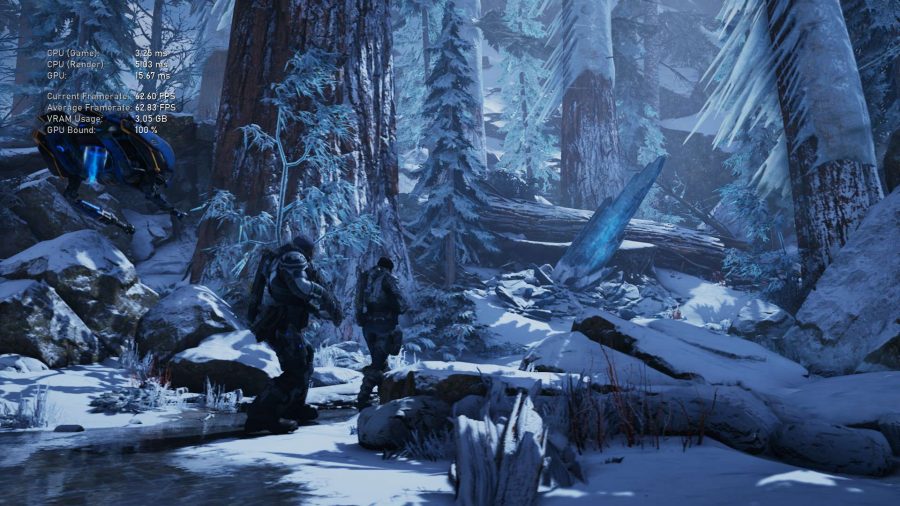 Who’d have thought games launching late in 2019 would be so forgiving of last-last-gen graphics hardware? Gears 5 actually delivers an impressively slick gaming performance on the Ultra 1080p settings regardless. You can leave it to the game to adjust settings dynamically to hit the 60fps minimum, but that ends up scaling the resolution down to 76% of 1080p, which doesn’t look great. Knock the in-game settings down from Ultra to High, however, and you get a solid 67fps. 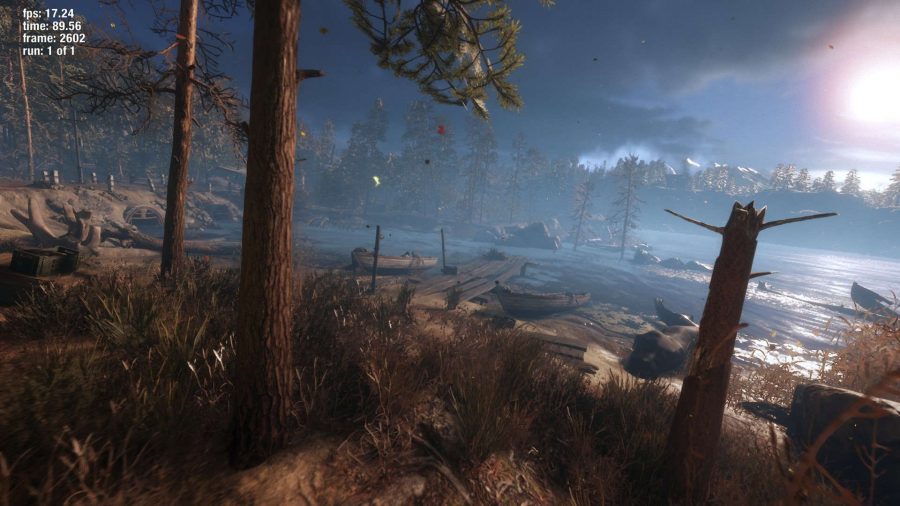 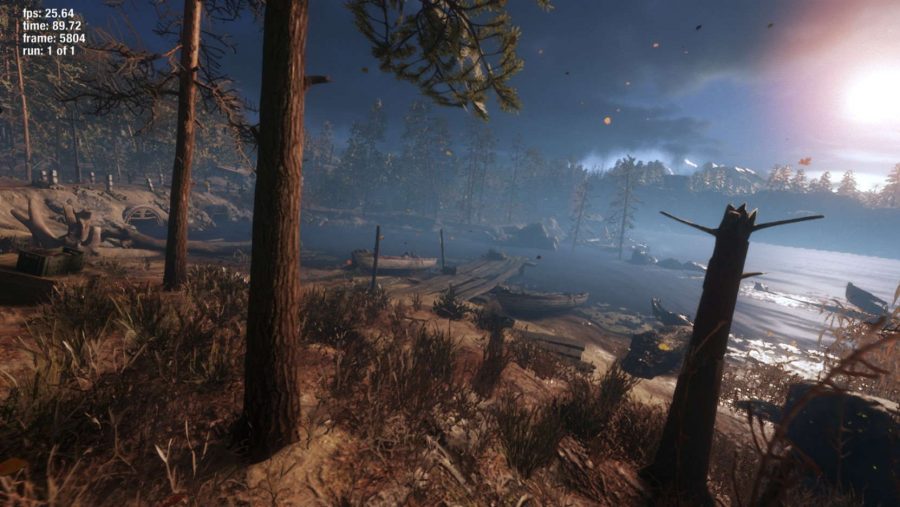 The Metro games have never been the most forgiving titles, which is one of the main reasons we’ve used them in GPU benchmarking since the first game hit our test rig. But, while you’re missing even the 30fps mark on Ultra at stock settings, the Normal preset with 75% shading enabled will get you well above 60fps. 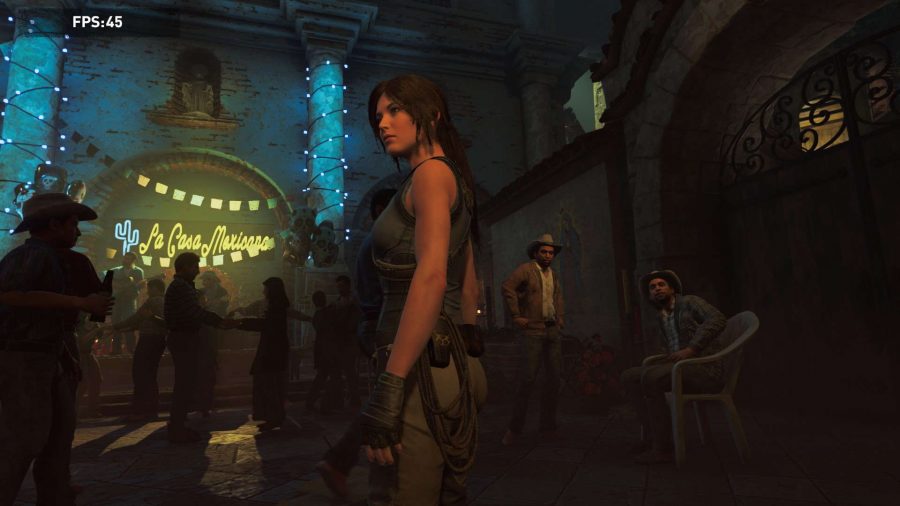 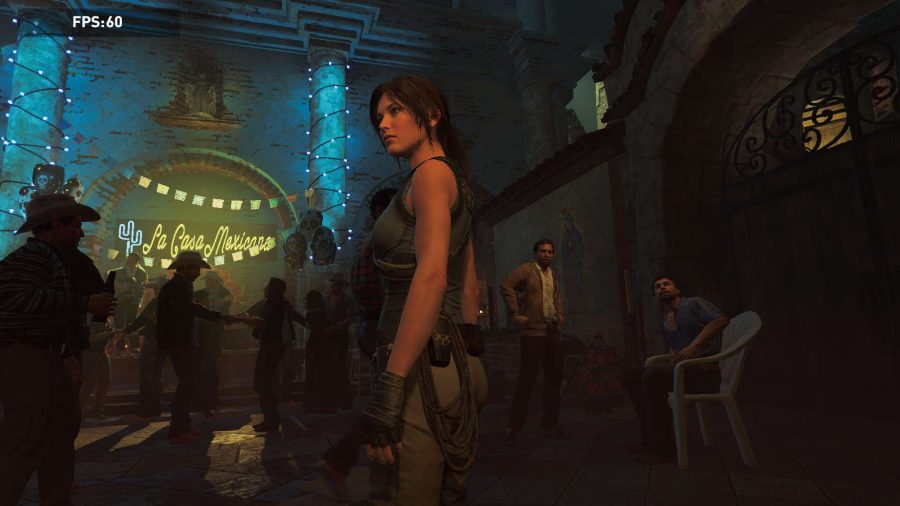 The shadows, the jungle, the unnecessarily murderous Lara. The latest Tomb Raider has all these things, plus pretty decent Wreck Spec performance too. The DirectX 12 implementation is inevitably a bit b0rked – Gears 5 is genuinely the only effective use we’ve seen in ages – but in DX11 we’re getting solid frame rates with just a little overclocking. Switching to the High preset, with Pure Hair knocked back, and the screen space reflections, anti-aliasing, and ambient occulsion turned off, we’re easliy topping the 60fps mark. 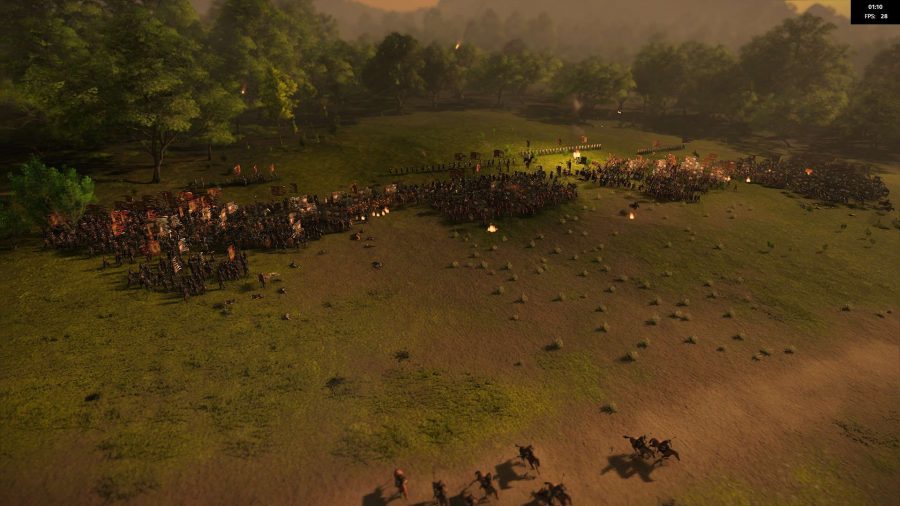 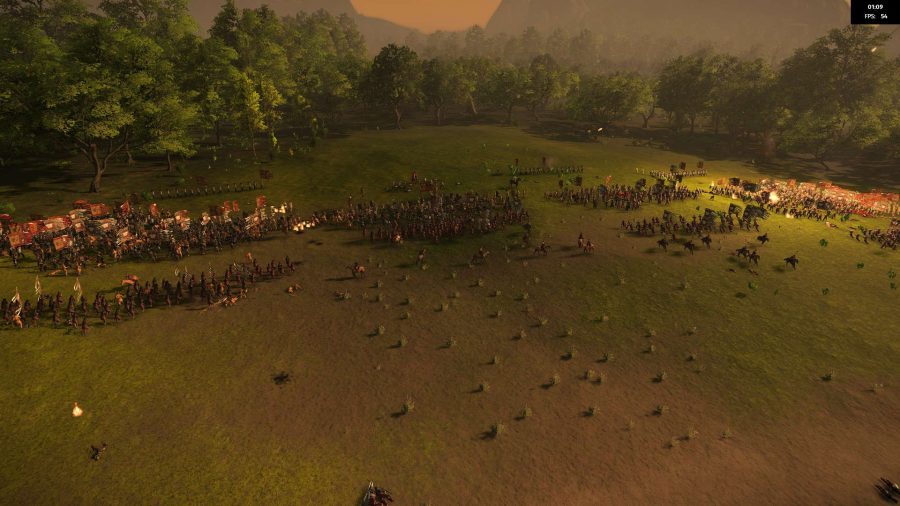 The achingly beautiful Total War: Three Kingdoms is another GPU hog; again the TW series has been ripe for graphics card benchmarking over the years. But while it’s top settings are out of easy reach of the Wreck Spec PC, it doesn’t take a lot of settings pruning to get above the 60fps mark at 1080p. Using the High preset instead, switching to FXAA, medium unit size and detail, as well as ditching screen space shadows, we’ve got a beautifully running beautiful game. 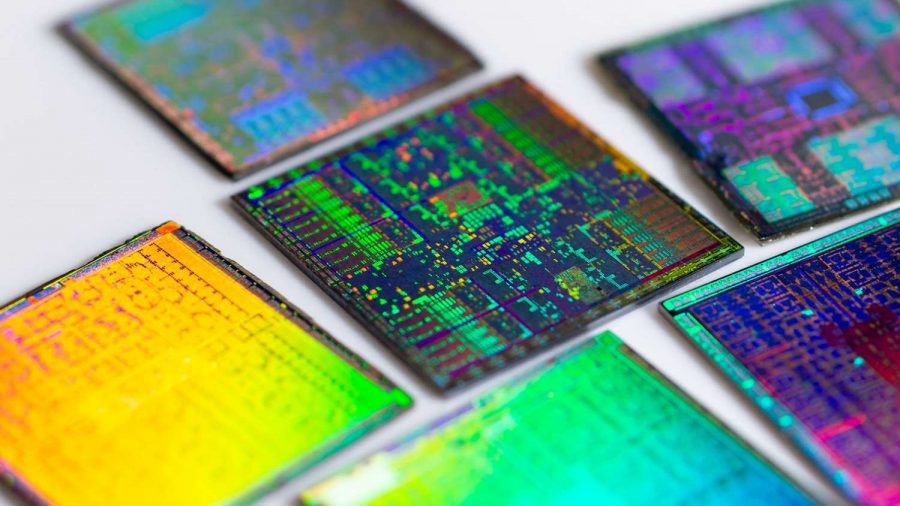 So there it is, you don’t have to drop a small fortune on a new PC every time a new game or a new slice of silicon comes out just to be able to play at 60fps with beautfiul PC visuals. It’s easy to get locked into the upgrade dance every time something new gets flashed in front of your face, or some jerk redditor comes looking for approbation with ‘this is my new Titan RTX build, what do you guys think?’

Some PC hardware upgrades are about hubris not necessity

What do we think? We think you’re a jerk. But when nearly a third of PC gamers on Steam are still running 1080p as their primary resolution it’s worth remembering that you don’t need a monster rig to be able to hit 60fps in even the latest games.

Some PC hardware upgrades then are about hubris not necessity, but equally you don’t need to feel left out if you can’t afford to spend big boosting the specs of your ageing PC. As much as PC gaming can be about hording the fastest graphics cards and the most powerful processors, it’s also about being the most accessible gaming platform on the planet that can cater to those on a shoestring as well as those sitting on a fortune.

To be fair you could cobble together a Wreck Spec gaming rig from Ebay spares. Though you will obviously never 100% know the provenance of whatever second hand parts you source, building a gaming rig from used components is a great way to start if you can’t afford the best new bits.

And a little overclocking and some judicious tweaking of the in-game settings is all it takes to get a great PC gaming experience on even a Wreck Spec gaming rig.