Why C9 Should Have Taken The FPX Approach

Analysts have a saying; Western teams need to play more play styles in order to be successful at the World Championship. Often ignored is that flexibility in play styles can have huge opportunity costs.

An opinion echoed by many North American analysts is that NA teams cannot be successful at international events without being able to play multiple styles. Analysts thought FPX would also be punished for their one-dimensional style last year. They ended up being the World Champions instead. Often unnoticed are the huge opportunity costs of learning how to play multiple play styles. C9 has been the latest victim of this and to see what C9 should have done, we need to look back at FPX, draw parallels between the two and see how C9 could have practiced differently.

The ‘wakeup call’ of G2 vs FPX

Analysts and casters speak a lot about how important it is to play multiple play styles in order to not be exploited by international teams at Worlds. If that really is the case, how did FPX win worlds last year? G2 was at that time able to execute multiple different playstyles in season 9. Split-pushing, late game team fighting, early aggression, lane swaps and even funneling when that strategy was meta. If diversification is needed to be successful on the international stage, then how did FPX, one of the most one-dimensional teams in the history of League of Legends, crush G2, the most flexible team in League of Legends history, and take home the trophy?

Using FPX as a case study to learn

FPX spent months honing in on their main strategy involving early skirmishes, team fights and turret dives. Kim “Doinb” Tae-sang FPX’s midlane and centerpiece of their strategy would roam around the map with engage related champions such as Nautilus and Sion, to help side lanes and help enable jungler Gao “Tian” Tian-Liang to execute his carry jungle style. Being a carry jungler is almost impossible in the current meta without being backed up by your team. Doinb was always first to roam and roamed with Tian to make sure that FPX always had a numbers advantage in early skirmishes. If you can’t already tell, this is starting to sound familiar. It’s not exactly what C9 does, but there are similarities to their strategies.

FPX didn’t have diversification in what styles they played, but they did have diversification within their most played strategy. Watching the pick and ban of the World Finals was frustrating to a lot of fans. It looked like FPX always got what they wanted. Every single FPX member had a diverse amount of champions that fit into their style. With each member being able to potentially pull out three or more champions that go along with their strategy, they were guaranteed to be able to play their bread and butter each game. The obvious strategy would be to ban out Doinb, however his style was so unique that banning his champions would lead to very over-powered champions falling through the ban phase. Also, Doinb showed a very deep champion pool throughout last year and lots of success on almost every champion he played. 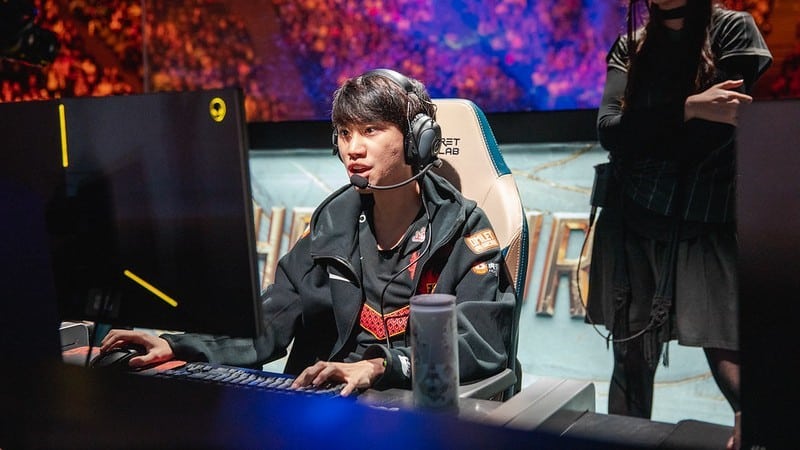 Parallels between FPX and C9

There are a lot of similarities between the FPX of last year and the C9 of this year. While Yasin “Nisqy” Dinçer has a very different champion pool in comparison to Doinb — they still play a very similar style. Doinb used tankier midlane champs and Nisqy would usually use mages — but the end result is both midlaners are known for sacrificing lane and roaming around the map to help other lanes carry. Tian and Robert “Blaber” Huang are even more similar than Doinb and Nisqy. Tian and Blaber are both carry junglers who like to fight early and often. They even have a similar champion pool and are known as deadly Lee-sin players.

C9 should have focused on their play style

C9 needed to work continue working on their signature style instead of learning more styles. There are numerous ways C9 could have worked towards mastering their style further. When each role has a deep champion pool that coincides with your play style it helps prevent a player from being banned out in champion select. If you’re trying to be diversified within your strategy, a good way is to practice champions that fit into your style, but are also more flexible. If you are worried about matching styles against a team that also likes to play aggressive and roam, a good hedge would be to have multiple win conditions to fall back on if you lose the early game. Incorporating flexible champions into your current play style helps diversify your win conditions.

Playing flexible champions and sticking to your strengths

Some common misconceptions in League of Legends is that champions that scale well are ‘always bad in lane’. Or that you have to ‘sacrifice’ laning phase in order to scale. Popular persona and caster for LCK, Nick “LS” De Cesare has been championing the strategy of picking champions that are both good in lane and scale well since the last world championship. A couple of these champions would be Azir, Xayah and many more. Instead of trying to learn a new play style with champions people are unfamiliar with or potentially are even a different type of champion altogether, it is often to play what you and your team are good at.

C9 had Jesper “Zven” Svenningsen learn to play melee champions and mages in the last few weeks of the LCS season. Trying to master this while still staying sharp at your current play style is extremely difficult, even for pro players. It was pretty apparent from the eye test and from C9’s record that they’ve regressed their old style by stretching their players too thin on the kinds of champions they are playing.

How ‘experimenting’ hurt C9 instead of helping them

If their goal was to win the split, then experimenting definitely hurt them. Continuing to crush every game and claim the first seed going into playoffs would have set them better off to win the Summer Finals. If C9 are only concerned about worlds, then the question would be; has ‘experimenting’ made them better off as a team? It really doesn’t seem that way. Most of what they have tried didn’t meet the win conditions at all. Which is very different from hard stomping and winning every game. If these strategies cannot beat bottom to mid-tier LCS teams, how can they stand up to top LCK and LPL teams?

Maybe they felt like playing weak early-game teams in order to get more experience playing from behind? Even if we say they are as good as they used to be at their core style (which is unlikely) then giving up ground on being first in North America is a big mistake for worlds. You risk getting a group with the first seed from South Korea or China. Which can be a death sentence in the group stage.

The Aftermath of C9’s ‘Experimenting’

C9 tried to learn new play styles. C9 instead should have instead diversified within their proven play style by incorporating champions that are more flexible. For most of the year C9 was the undisputed best team in North America. Now it is up for debate who will be the champion of the summer split.