Which Are The Best Items For Tinker?

We take a look at some of the most valuable items to buy on Tinker.

Tinker is one of the best mid-lane heroes in Dota 2, especially if he is picked in a game where he doesn’t have any counters. Despite being one of the hardest heroes to master, Tinker can make a real difference during team fights. He is notorious for being among the highest damage dealers in the game, even surpassing Zeus in some instances.

Even though the hero is dangerous, he needs the right items in other to show his prowess. Usually, there is no such thing as the “right item” because every patch in Dota 2 forces some heroes to purchase different kinds of items. Yet, Tinker is different because he is among the few names in Dota 2 that goes for almost the same item build. With that being said, here are some of the must-have items you should purchase while playing tinker.

Everyone who plays Tinker knows this hero is all about positioning. Even though he has a spell that allows him to tank some of the incoming damage, usually, he will die within seconds if caught off guard. That’s why one of the first big items that Tinker players tend to purchase is called Blink Dagger.

This item allows Tinker players to blink immediately after teleporting. In order to do that, you have to hold SHIFT + the item and click on your desired location. This is used by Tinker pickers worldwide and is one of the most basic mechanics you need to use while playing with the hero.

Having a Blink Dagger or Overwhelming Blink is an absolute must. This is the only way to survive the nasty ganks, especially during the later stages of the game.

Aether Lens used to be one of the most popular items for pretty much any spellcaster in Dota 2. However, it went through a couple of changes, which had an effect on the item’s popularity. The good news is that it is one of the best items for Tinker because it gives him a lot of mana, MP5, and, most importantly, additional range.

The fact that the hero has more range for his spells makes him a lot more dangerous because he can stay away from the teamfight and do damage. Don’t forget that his rockets and laser already have loads of range, so this item makes them even more potent.

Another plus of getting Aether Lens is that this item is passive. In other words, you don’t need to bind any key to use it and don’t have to worry about it. It is also worth noting that the item is fairly inexpensive compared to some of the other core items for INT heroes.  Don’t forget that you can always upgrade this item to an Octarine Core. 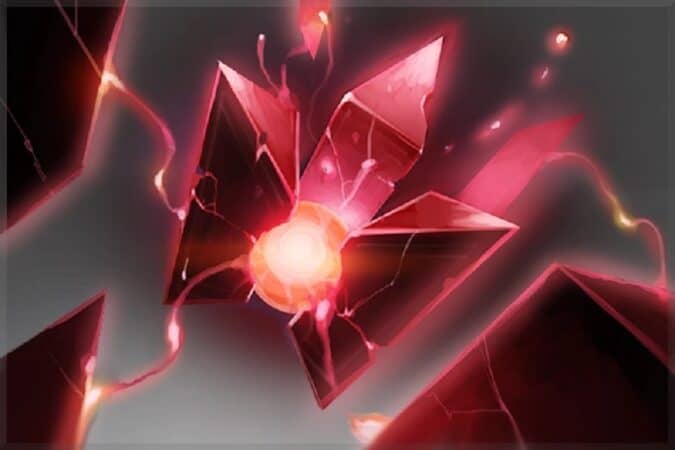 Some people may not agree that Bloodstone should be among the go-to items for Tinker, but we believe it is definitely one of the best. Despite being expensive, this item gives a lot of mana and mana regen and HP. This allows Tinker to be a lot more tanky and consistent with his damage.

Speaking of damage, many people forget that Bloodstone is also an active item that can save tinker in tricky situations. Of course, this does come at a cost because the hero will lose his mana.

Speaking of items that can save you, Eul’s is another great option for Tinker players who feel the need to purchase something defensively. The fact that you can refresh the item’s duration with your ultimate allows you to use it all the time. Besides “Euiling” yourself, you can use the item against someone from the enemy team, which can have a big impact during the teamfight.

One of the most significant advantages of purchasing this item is the fact that it doesn’t cost much. Once you get your Blink Dagger, you can farm it in no time, especially after the recent changes to Laser.

If there is one item that makes Tinker overpowered, it has to be the Scythe of Vyse. This is considered as one of the best items in Dota 2 for almost every INT hero, and Tinker is no exception. What makes it exceptionally good on him is the fact that he can use it all the time and keep one or multiple heroes CC’ed during the team fights duration. What’s more, the hexing effect benefits from things, such as Aether Lens, which means Tinker can cast it from miles away.

Despite the many benefits, getting this item is easier said than done because it is really expensive. On top of that, it doesn’t give that much Strength, which means Tinker won’t become tankier after getting it. That’s one of the reasons why people usually purchase it during the later stages of the game.

Kaya is a relatively cheap item brought by Tinker players who want to do more damage. One of the best things is that you can use it to upgrade to Bloodstone, which means there is no need to sell the item later on.

The fact that Kaya is relatively inexpensive means you can get it early on and use it to your advantage during team fights. However, you have to be careful when you purchase it because, in some cases, it will be better to get Aether Lens instead. Of course, you can always get both items, but this will take longer.

Shiva’s Guard is a semi-defensive, semi-offensive item that can work in situations where Tinker has to face multiple melees. Despite the fact it doesn’t do that much damage, the item allows him to slow down enemy units and gives him enough armor to survive longer during team fights. Moreover, Shiva’s is relatively cheap compared to some of the other items on this list, such as Scythe of Vyse.

Unfortunately, the item is not that good against ranged heroes. That’s why it is situational.

Tinker is one of the Dota 2 heroes who always used to purchase an Aghanim’s Scepter. This item received a lot of changes over the years, and the more recent one made it seem even better. Even though it’s not as popular as it once was among Tinker players, Aghanim’s Scepter allows the hero’s Laser (called Shrink Ray) to be more effective. Besides the fact it grants more range, Shrink Ray will reduce the size of the enemy heroes and remove 10% HP. The best thing about this ability is that it stacks, which means Tinker can do some serious damage.

After the recent changes, many people don’t purchase BoT ASAP because they believe they won’t need it. This may be true up to a point; but since there might be new patches in the future that mix the meta up again, we’ve decided to include this item on our list.

Boots of Travel used to allow the heroes that have it to teleport to friendly units or their base. However, Valve released several updates that made the item less popular because it only provides more movement speed. That’s why some Tinker players don’t even get this item.