Where To Find All Exotic & Mythic Weapons In Fortnite Season 5

Find out where you can locate all new weapons in Fortnite Season 5 and how to acquire them.

Thus far, it’s been wild. Learning the new in-game quest and bounty system provided an entirely different endeavor than past seasons. The developers flipped the loot pool on its head, adding and removing some fan-favorite weapons. Those changes came at the cost of some new additions, including new exotic and Mythic weapons spread around the map.

Where to Buy Exotic Weapons

Fortnite leaker, formerly known as MikeyFNBR, created a helpful graphic to guide you toward all of the new exotic weapons. There are five weapons in total, some of which are reworks from previous seasons. Here is the list of new weapons and a map of where to find them:

You will need to find the corresponding Hunter NPC and pay 1,225 gold to purchase each weapon. Gold, although not hard to come by, doesn’t build up very fast unless you are finding multiple safes. Be sure to maximize your gold gathering by farming beds, chairs and other furniture and eliminating opposing players and NPCs. Gold carries from one match to the next, but again, the exotic weapons will put a dent in your pocket. However, the right gun in the right situation could swing the momentum of one game.

Where to Find Mythic Mandalorian Weapons 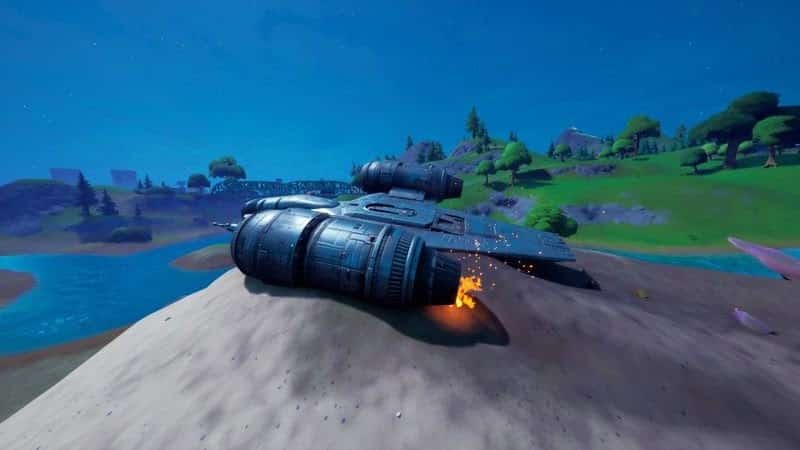 The two primary Mythic weapons this season are in the hands of ‘The Mandalorian.’ He carries a Mythic Amban Sniper Rifle and a Mythic Jetpack. The Sniper is particularly powerful, featuring an infrared scope and bayonet-like jabbing motion. Nothing apparent sets the standard Jetpack and Mandalorian’s Jetpack apart except for the unlimited fuel. Those looking to acquire The Mandalorian’s gear can do so East of the Zero Point at the Razor Crest. But be careful; The Mandalorian patrols the area around his wrecked ship and is not easy to take down. Once eliminating him, you will see the Mythic Sniper Rifle and Jetpack on the ground. Although not wholly overpowered, both items undoubtedly lend an advantage, as Mythic items often do.

The post Where To Find All Exotic & Mythic Weapons In Fortnite Season 5 appeared first on Esports News Network | ESTNN.

A.c Valhalla memes i made for fun :) This is a survey for my statistics class. It’s over video games, it would be greatly appreciated if you would please take just a few moments to fill it out.