What is the AMD Zen 3 release date? Ryzen 4000 CPUs launching this year

The AMD Zen 3 CPUs will be the successors to its massively successful Zen 2 line of Ryzen 3000 CPUs. Zen 2 beats Intel’s Coffee Lake in terms of almost every metric, from price to core-count to sheer performance. From all that we know about Zen 3 so far, it looks like the AMD Ryzen 4000 chips will continue to challenge Intel’s historical dominance.

Zen 3 processors are going to be produced using a brand new 7nm+ fabrication process, which brings with it a whole host of opportunities for increasing efficiency and performance. It promises increased transistor density, higher core counts, higher clock speeds, and higher instructions per clock (IPC). It also promises lower power consumption, but this could mean either a lower TDP or (more likely) more performance for the same amount of power.

The change in architecture isn’t an entire overhaul, but then again it’s not merely a refresh, either – AMD’s Forrest Norrod has claimed Zen 3 is “an entirely new architecture.” This makes predicting Zen 3’s performance increase over Zen 2 quite difficult, as we could see an increase in-line with the slight architectural change that occurred between Zen and Zen+, or we could see something more like the leap from Zen+ to Zen 2. Either way, AMD enthusiasts will be happy – it’ll be good, or it’ll be great.

AMD Zen 3 release date
AMD Zen 3 processors will be released in 2020, as confirmed by AMD’s CEO Dr. Lisa Su. Our educated best guess at a time frame for AMD Zen 3 Ryzen 4000 CPUs is sometime between July and September 2020.

AMD Zen 3 specs
AMD is using a completely new architecture for its upcoming Zen 3 processors, with manufacturing buddy, TSMC, utilising EUV in its new 7nm+ fabrication process. This should allow for increased transistor density, lower power consumption, and potentially even more cores, all within the same trusty AM4 socket.

AMD Zen 3 performance
The Zen 3 architectural redesign makes us hopeful for a performance increase more in-line with the bigger Zen+ to Zen 2 jump than the smaller Zen to Zen+ jump – but this isn’t guaranteed. The increased transistor density that results from Zen 3’s architecture should allow for the production of CPUs that give us quite the boost in frame rates.

AMD Zen 3 price
If AMD Zen 3 prices are anything like their current generation desktop CPUs, we should be looking at around $200 for its lower-end CPU and around $500 for its higher-end CPU. If there’s a Zen 3 equivalent of the Ryzen 9 3950X then this will likely sit around the $750 mark.

WHAT IS THE AMD ZEN 3 RELEASE DATE?

The AMD Zen 3 release date should fall sometime between July and September 2020. We know AMD Ryzen 4000 CPUs will be released in 2020 as it was explicitly confirmed by AMD’s CEO, Dr. Lisa Su, who, during a roundtable after the AMD press conference at this year’s CES, said: “let me be clear: you will see Zen 3 in 2020.” This could technically mean any time up until 2021 begins, but the mid-late 2020 timeframe would match the intervals between AMD’s previous Zen, Zen+, and Zen 2 releases.

The original Zen CPUs were released in March 2017, Zen+ CPUs in April 2018, and Zen 2 CPUs in July 2019. The interval between these different generations’ releases means we’re looking at a potential release date between July and September 2020 for Zen 3 CPUs. But we’re hopeful for a Q3 2020 release date rather than Q4.

In fact, with TSMC’s (AMD’s chip manufacturing partner) new EUV tools having reached production maturity, and the 7nm+ design entered high volume production back in October, it’s very likely that TSMC has the production capability to roll out Zen 3 CPUs fairly soon. And it’s not just hard work that TSMC is putting into its new N7+ process (its brand name for the 7nm+ lithography) – it’s money, too. The board of directors also recently released over 200 billion New Taiwan dollars ($6.74 billion USD) to help expand and develop its production capacity.

Key to TSMC’s increased production is the new N7+ process itself, which should be able to get more done in less time, due to EUV’s theoretical promises of fewer masks and manufacturing steps per wafer. So, splashing the cash, having an early start, and a new 7nm+ process capable of quicker high volume production: all of these are reasons why AMD should have no trouble hitting the mid-late 2020 release date that we’re hoping for. 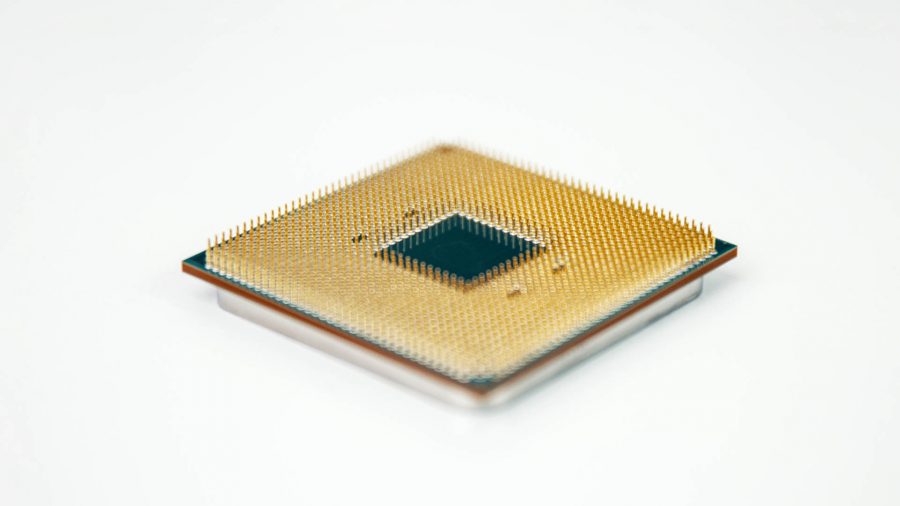 WHAT ARE THE AMD ZEN 3 SPECS?

AMD Zen 3 should bring to its Ryzen 4000 series CPUs everything that we already love about Zen 2’s 3000 series CPUs, but with an extra bit of oomph. That extra oomph being an entirely new architecture using TSMC’s new 7nm+ semiconductor fabrication process.

This new process uses Extreme Ultraviolet (EUV) lithography, with TSMC being the first to make such technology commercially available. It uses a short 13.5nm wavelength in its production of semiconductors, which should allow for a potential 20% increase in transistor density and a decrease in power consumption by 10%.

This leaves the door open for AMD to make a number of improvements, and potentially lower Zen 3 CPUs’ TDP, making for a more efficient CPU design. So, there’s the possibility of improvements to core count and clock speed with Zen 3. However, with higher core counts and clock speeds, this might offset the lower default power consumption. That’s kind of the point, though, right? Decrease the size and power consumption of a CPU’s core components so that you can supercharge them further.

Based on the information gleaned from an AMD roadmap leaked a few months ago, it looks like Zen 3 chiplets will contain 32MB of unified L3 cache, as opposed to the current 16MB L3 given to each four-core complex. The L3 cache’s bandwidth is also rumoured to be increasing with Zen 3, meaning the faster retrieval of memory vital for the CPU to access.

This 32MB of unified L3 cache could also indicate that each Zen 3 chiplet is a complete 8-core complex, rather than being made up of a twin 4-core design as was the case with Zen 2.

In terms of compatibility, all you people out there who own an existing Ryzen motherboard will be happy to know that AMD’s Zen 3 line should still use the standard AM4 socket that Ryzen has used for its past three generations. AMD promised to continue the use of this socket until 2020, and the Zen 3 generation should be included in that. Probably. Though we’re not entirely sure how far back compatibility will go for previous Ryzen AM4 chipsets…

Regarding chipsets, AMD will reportedly be relying on third parties, likely ASMedia, to produce platform controllers fit for Zen 3 processors. There’s been no indication that AMD will be moving away from DDR4, however, so for all you bleeding-edge Ryzen people, your existing RAM is probably safe. 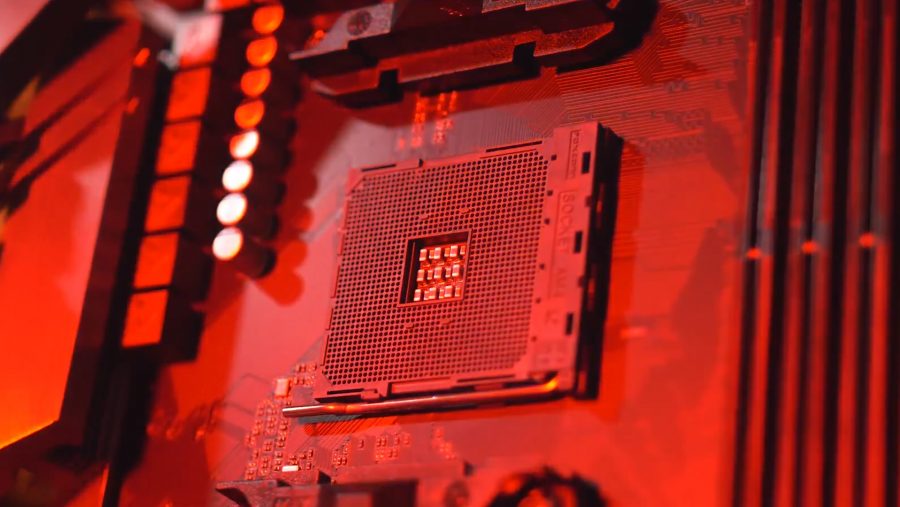 Given all these changes to the manufacturing process and inner workings of the upcoming Ryzen 4000 CPUs, AMD Zen 3’s performance might be a jolly jump up from the Zen 2 line. This isn’t just a ‘refresh’ like Zen+, either. While it might not be as big of a jump as its move from a 14nm to 7nm node, AMD’s move to 7nm+, and the increased transistor density that results from this, should allow for more cores, higher clock speeds, better single core performance, and ultimately higher in-game frame rates. Win, win, win, and win.

A key part of the boosted core performance is the increased instructions per clock (IPC) that Zen 3 should provide. Red Gaming Tech says that performance in mixed operations, which leverage both integer (Int) and floating-point (FP) calculations, reportedly provides “about 17% IPC gain on average.” But we obviously cannot yet confirm the veracity of these claims. This increase is 2% higher than the IPC increase we saw when moving from Zen+ to Zen 2. Clock speed increases combined with an IPC boost will make for one hell of a duo. Not only will Zen 3 processors push out more cycles per second, but they’ll also push out more tasks per cycle.

AMD has already come close to total domination of the enthusiast market with its Ryzen 3000 CPU range. It’s done this through the capability its 7nm process affords it; allowing for massively multi-core, simultaneously multi-threaded, inexpensive processors with high core clocks that don’t even consume that much power. There’s a reason AMD CPUs are all over our list of the best CPUs for gaming in 2020. We don’t expect this to change with its Ryzen 4000 line – its changes in architecture promise only further advances. 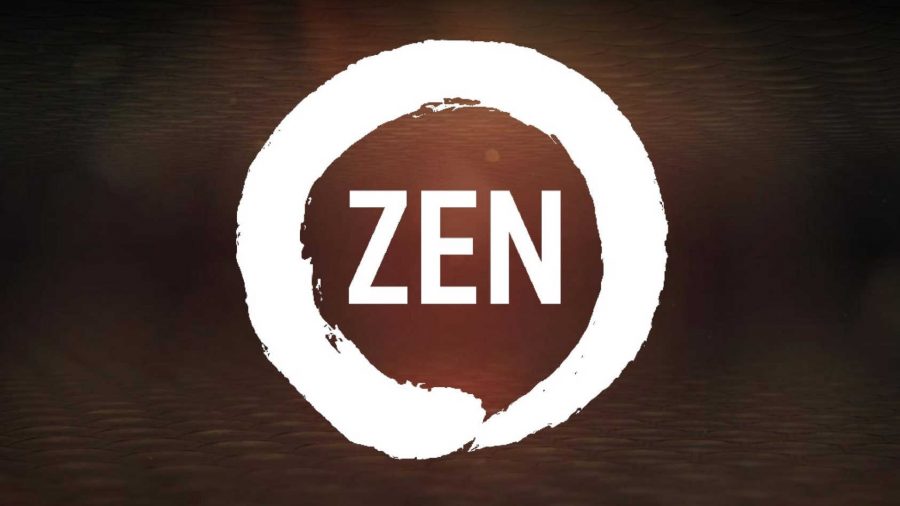 AMD has done really well on price with its current generation of Ryzen processors, and there’s no reason to expect the price of AMD Zen 3 CPUs will be any different. If anything, the improved efficiency of TSMC’s EUV fabrication process might allow for the reduction of prices. This is not a given, however, and EUV is still incredibly complex. More likely any manufacturing savings will go into AMD’s pocket rather than be passed onto us gamers.

The best we can say at this point is that there is no reason to assume a price range all too different from those of AMD Zen 2 CPUs when they were first released. However, AMD’s average selling price (ASP) has risen by 22% over the course of 2019, driven by higher demand for AMD Ryzen processors and the existence of dominant AMD CPUs at the top-end of the market. The following are the Manufacturer Suggested Retail Prices (MSRPs) for current Zen 2 CPUs:

Of course, if AMD releases a 4th-gen equivalent of the Ryzen 9 3950X, this will be at the top of the list, with a price tag to match up around $750. The change in production efficiency and maybe just the state of the market itself could make AMD price their newest generation of Zen 3 processors differently, especially considering AMD’s rising ASP.