“We’re Going To Come Out Swinging Against Cloud9”

ESTNN talked to Jason “WildTurtle” Tran right before the start of the LCS Summer Split.

First off, I read that you got your name from seeing two turtles fight? Is this true?

“There’s a lot of reasons why I have this name *laughs* but that can be one of them for sure.”

You are renowned for your ability to make crazy flashy plays that are sometimes risky. This was frowned upon for a while. But now with fast-paced teams like G2 it has become a lot more normalized and generally accepted. Can you tell me a little bit about your experience with “Flash in Plays”?

“I’ve always thought it was a pretty good strategy. A good defense is a good offense. I think it’s definitely become more normal. I wouldn’t even say being aggressive and flashing in is more normal, I just think that’s how the game should evolve to be played. It’s definitely harder to make these plays nowadays because people are expecting them. I think before when I started doing it more it was pretty unexpected. No one was expecting this AD Carry to go in and suicide for a play. I think it has definitely become more looked out for nowadays. There’s definitely more opportunities for people to make these plays now especially with the LPL.”

Now I’m sure you get asked about this a lot. But I have to ask about the time you almost burnt the TSM house down just like your former teammate Dyrus.

“Yeah… Mistakes were made. Essentially I was making instant noodles and forgot to put water in. I got distracted, I was having a conversation with TheOddOne and I put the noodles in the microwave with no water. And then someone told me I was burning down the house and I was like “No? What are you talking about? I wouldn’t make a mistake like that.”

You role swapped before role swapping was cool. Well before Uma JAN,  even if just for a brief time You actually played top and mid in the very beginning of your career. What was your motivation to finally settle down and play AD Carry for the majority of your career?

“Honestly, when I was choosing my role, I was mostly just choosing champions I wanted to play. I just played whatever champions I thought were kind of cool. When I was playing top lane I enjoyed playing champions like Irelia, Jarvan and Renekton. And then when I played mid lane I liked playing champs like Ryze and Gragas. And the only reason I moved to AD Carry was because I enjoyed playing Ezreal, Corki and Graves. So that’s why I ended up being an AD Carry. It wasn’t intentional, it was just during that time I decided I was going to try and go pro with those champions. I actually only played AD Carry for three or four months before I went to LCS with it.”

You joined Flyquest in just the second split after their conception. Can you tell me a little bit about how being a part the Flyquest organization has been for you?

“It’s been great. It’s really nice to see a new organization grow from the beginning. I think FlyQuest has done a lot. We have this TreeQuest initiative now. As an organization it’s great to see them grow from their roots. We can contribute a lot of this to our CEO Tricia. She’s a great CEO.”

You are one of the greatest AD Carries to ever grace the Rift. Looking back fondly on your career could you tell me about one of your most memorable moments?

“There’s a lot of memorable moments. Maybee the most recent one is in 2017 Spring when we won the Finals. That was pretty memorable. I’m sure you remember the Jensen Ekko thing. It was crazy playing in that game. We were up 2-0 and we almost ended up losing that Final. So that was kind of stressful but I’m glad we were able to win. Other than that time I think going back to 2014 when we finally beat C9. There were two or three splits in a row where they were winning the whole time. It was nice to finally get the trophy back.”

After this past year’s Finals, I’m sure it was tough for the team. But I think Flyquest has a lot to be proud of for their split! What do you think went right with last year’s team that allowed you guys to make a run to the finals?

“I think we just had a really talented roster this past summer. PowerOfEvil is a really good and creative player. And IgNar is just really good on his Rakan. He carried countless games on Rakan. That’s a huge factor. I think we just have a lot of powerhouses and threats. And you can’t really focus all of us.” 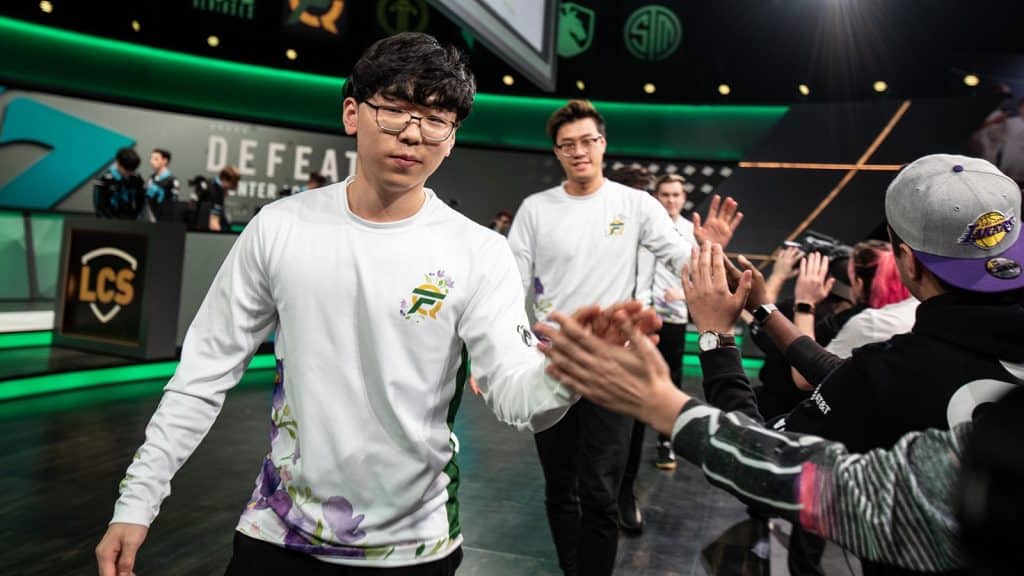 “I think his roaming and engages are insane. You’ve seen it, he’s just a good player. You don’t have to be a rocket scientist to see how good he is. Off the Rift he’s been really fun. He’s adopting the culture here really well and he’s really fun to play games with. Really funny dude. His English is not bad at all. Obviously there are some words he doesn’t know but with basic English he’s fine.”

This Friday Flyquest has the colossal task of facing reigning champs Cloud9. How do you plan on shaking up the script and causing some problems for the champs?

“We’re just going to come out swinging. We’ve been practicing our early game a lot. I hope we can show it against C9. And hopefully, they don’t roll us like they usually did.”

Have you had the chance to play any Valorant?

“Yeah, I have actually. It’s a pretty good game. My initial impression is I just hope the esports work out for it. I’ve mostly been playing Jett because she’s the speedy one. It’s funny because I’m a Turtle, but I only like to play fast characters.”

How has your life been affected by the COVID-19 Pandemic? Has it had any specific ramifications for your team?

“I don’t think my life has been too affected by COVID. Just eating out isn’t an option anymore so that may have changed a bit. I don’t really have a social life anymore so that’s pretty bad. You can still hangout on discord though with your friends.”

Has the new online format for the league changed you or your teammates’ perspective on the league?

“It definitely felt weird last split when we didn’t play in a stadium. Normally we would play in a stadium for a match that big. Like, it’s the finals for LCS and we’re playing it in our bedroom. That was kind of a new vibe for me too. It kind of brings me back to 2011- 2012 to before there was even LCS. back when we played these really important matches online.”

DISRUPTIVE.GG - just got mine in and it tastes amazing! Way better customer service than GFUEL, check them out!

DISRUPTIVE.GG - just got mine in and it tastes amazing! Way better customer service than GFUEL, check them out!