Welcome to a brand-new chapter of Fortnite! With the Island flipping, a whole new one has been uncovered! New places to explore, new weapons to wield, new people to meet, and much more in Chapter 3 – Season 1: Flipped!

It goes without saying that getting flipped over can be disorienting, so hopefully this Chapter 3 – Season 1 Orientation will help you get a sense of things on the new Island!

A new winter wonderland emerges. The western half of the Island is a frosty biome where you can find such places like the suburban Greasy Grove and industrial Logjam Lumberyard.

More of a warm weather dweller? Well there’s a perfect spot for you. Head to the southern desert and, once there, revel in cozy living at Condo Canyon,  “come on down” to the freshly returned Butter Barn, test your off-roading skills at Chonker’s Speedway, and more.

You will find many outposts on this Island dedicated to the long-time inhabitants of it: the legendary group known as The Seven. Their main home, the Sanctuary, is found in the tropics. There you can also get a nice view of the towering statue of The Seven’s leader, The Foundation. A building in the area that can compare with the statue in size is none other than the Daily Bugle covered in web… I wonder who could have done that?

A hefty new slate of weapons are waiting to be wielded. Here’s a quick rundown on what to look out for! Try to find the Ranger Assault Rifle that’s useful at both long and medium ranges or the MK-Seven Assault Rifle, a weapon with a high rate of fire that comes with a handy sight for aiming.

If you are more of a close range combatant, then try out the new Shotguns! The Striker Shotgun shoots many pellets and boats high burst damage, and while the Auto Shotgun is not quite as impactful as the Striker per shot, it has a faster fire rate and reloads two shells at a time.

There are many more new weapons to look forward to wielding, such as the ferocious Stinger SMG, trusty Sidearm Pistol, and the hard-hitting Hunter Bolt-Action Sniper.

The flipping of the Island may have led to a lot of chaos, but it’s also  too scenic to skip on the chance to sit back and camp! Go out and find the all new Tent item, throw it down to assemble it, and then rest in it to heal. You can also safely stash up to three items in your Tent to use in future matches. Two item slots will be automatically available inside the Tent, and a third can be rented with Bars.

If you place highly enough in a match, you will be granted a Victory Crown. You’ll start your next match wearing a crown. A great honor, , but it also means you’ll stand out to other players seeking a Victory Crown of their own. If you are able to hold onto your crown, you will be rewarded with bonus XP during your match. If you’re skilled enough to win while wearing the crown, you’ll get an exclusive Emote that shows off the total number of Crown Victory Royales you have earned during the Season!

Slide into the Action!

You can now perform a sliding maneuver to up your speed and avoid enemy fire. Just hold the crouch button while running to pull off a slide!

Also, retreat has become more graceful. While in a Down But Not Out state, you can crawl faster to help reach the safety of your squad. You can also pick up items, sort your inventory, and open Chests and doors.

With the Chapter 3 Season 1 Battle Pass, unlock characters like Spider-Man and, later on in the Season, The Seven leader himself: The Foundation!

Unlocked immediately with the Battle Pass is the “Lotus Walker” Shanta. Earn those Battle Stars to unlock even more unique characters such as the no-nonsense Lt. John Llama, optimistic outlaw Harlowe, and more!

And now that Spider-Man is in Fortnite, expect friends and foes of the web-slinging hero to drop into the Item Shop throughout the Season.

The Storm is of course an ever-present force on the Island, but meteorologists predict gameplay- impacting lighting and tornadoes in the not-so-distant future!

Weather isn’t the only thing to watch out for, as researchers believe there’s a mysterious and undiscovered creature on the Island. Raptors have not been roaming around the Island, unlike the previous one. Perhaps they’re afraid of this supposed beast?

You’re now re-oriented for the flip side — so drop in with confidence! Welcome to Fortnite Chapter 3 – Season 1: Flipped. 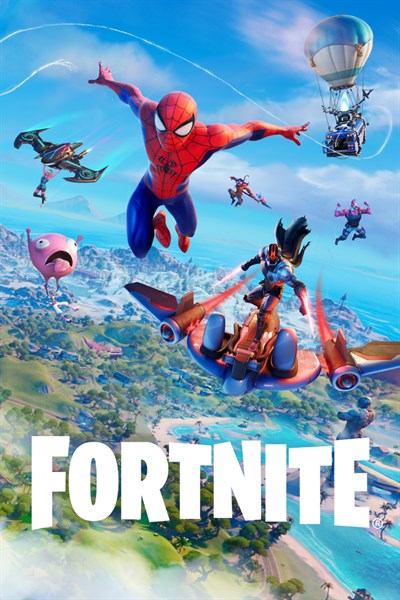 The Island you once knew has been turned upside down…literally. Step foot onto the new Island and explore every corner of an undiscovered world in Fortnite Chapter 3 Season 1: Flipped.

Swing through the iconic Daily Bugle or slide into Sanctuary, homebase of The Foundation and The Seven. Join The Seven as they prepare for a looming war against the Imagined Order across a once-frozen landscape filled with new POIs and dangerous new weather conditions to test your skills. Plus earn XP beyond Battle Royale to level up your Battle Pass and unlock Spider-Man, The Foundation, and all the new Battle Pass cosmetics.

See you on the flip side!

Fortnite is the completely free multiplayer game where you and your friends collaborate to create your dream Fortnite world or battle to be the last one standing. Play both Battle Royale and Fortnite Creative for FREE. Download now and jump into the action.

This download also gives you a path to purchase the Save the World co-op PvE campaign during Fortnite’s Early Access season.