UFC 4’s Career Mode Puts The Choices In Your Hands

When EA Sports revealed UFC 4 earlier this month, it promised major changes across its career mode, which is far and away the most popular destination for players when they start up the game. While the goal of becoming the greatest of all time (GOAT) remains intact, how you pave your path to that ultimate destination is more in your hands than ever before.

To become the GOAT, you still need to break records related to performance and promotion. These range from how many fights, finishes, and wins you get to how many fans you have. Of course, before you can become the greatest in the UFC, you have to make it into the UFC. Like UFC 3, you begin your career in a smaller promotion, and if you perform well enough, you’re invited to appear on Dana White’s Contender Series (in UFC 3, it was Dana White’s Lookin’ For A Fight), where you can earn a contract by delivering a strong performance.

However, unlike UFC 3, you don’t have to make the leap to the UFC when the big show comes knocking. In fact, you can stay in the regional WFA promotion your entire career if you want. However, staying in the WFA won’t get you to your ultimate goal of becoming the greatest fighter, nor will it pit you against the best competition. If you want to complete the GOAT goals to reach the pinnacle of the sport before it’s time to retire, you should strive to get to the UFC as quickly as possible. “The GOAT goal is the end game of the UFC, but your goal in career mode is to win that belt, stay champion as long as you can in the UFC,” career mode producer Raman Bassi says. “But it’s your choice: Do you want to go for the GOAT goals? Or do I just want to have a fun career mode in the WFA, stay there, improve my fighter, then get to the UFC? You want to get to the UFC quick if you want to break those GOAT goals.”

As you go down your preferred path, you must work to improve your skills. In UFC 3, the training was largely menu-based, but UFC 4 revamps that system to emphasize sparring more than menu-driven exercises. Now, to boost your attributes, you use particular moves and skills in sparring and fights; the more you use the associated skills, the better you get at it. The sparring isn’t aimless, however, as each sparring session gives you challenges and certain moves that receive accelerated boosts during that session. You do have to monitor how hard you go, though, as you can get injured if you take too many shots; injuries range from lasting until the end of the round to lingering and hindering your performance for the rest of your career. 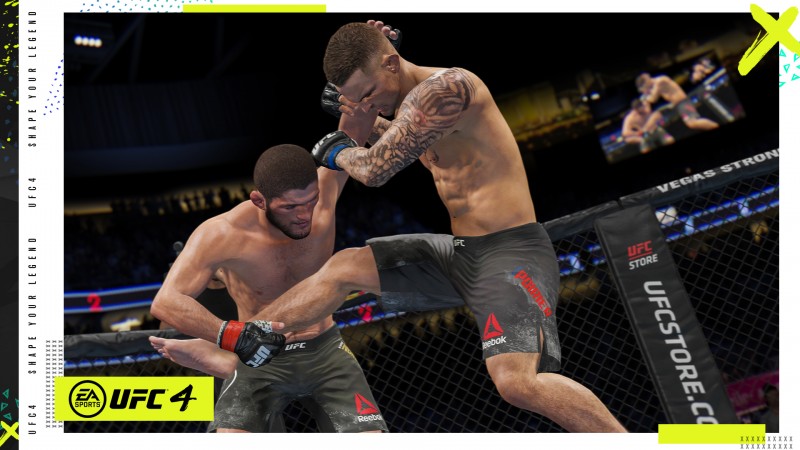 There are also different kinds of sparring sessions to choose from. As you get ready for a fight, you can choose to focus your session on boxing, kickboxing, jiu-jitsu, wrestling, and one that just features heavy bag work. This allows you to train specific attributes to counter what your upcoming opponents bring to the table. “The decisions you make about how you fight determine how you will develop as a fighter,” creative director Brian Hayes says. “If you stay very one-dimensional, you’ll become a very capable one-dimensional fighter, but it’s up to you to broaden your horizons if you want to have a diverse toolset and be able to take on all different kinds of challenges.”

You can also invite other professional fighters to train with you. Doing this will let you learn new moves and skills, but you can’t just invite everyone. A new relationship system, which factors in how you interact with each fighter lets you develop training partners and rivals. “If you build a connection with a fighter, your relationship will increase,” Bassi says. “If you don’t build a relationship, or you invite these guys to train and you hurt them or they injure you, your relationship will decrease.” 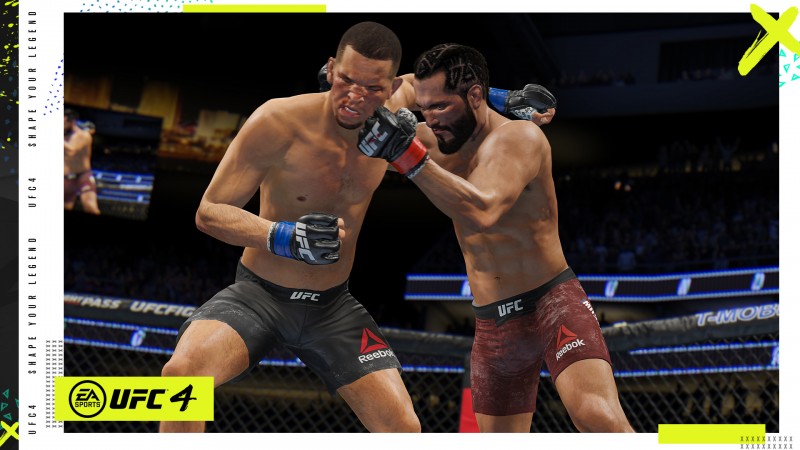 One of the key ways to influence your relationship with other fighters and even your fans is through maintaining a social media presence. Social media played a big role in UFC 3, but it’s an even bigger part of UFC 4. New diverging storylines allow you to craft different relationships with different fighters. In UFC 3, your social media presence was largely based on how you responded to other fighters or members of the media. Instead, UFC 4’s social media system reacts to your choices in other facets of the mode. For instance, if you decline a fight, that fighter could take to social media to call you out for that move. From there, you can either lie about it and make that other fighter even angrier or be truthful and potentially improve your relationships.

Once a fight is booked, you can trash talk your opponent in the lead-up, but it won’t develop into a full-on rivalry in your first clash. However, if you get to a rematch with that opponent and you double down on trash talking in the follow-up match, it becomes a rivalry due to your bad relationship with that fighter. “Once you get a rival relationship with a fighter, that’s when we start kicking off the rival storylines,” Bassi says. “There’s diverging storylines with a rival fight, and these rivals aren’t set out like in UFC 3 like, ‘Michael Bisping was the middleweight champion in UFC 3, so Michael Bisping is your rival through career mode.’ That does not happen in UFC 4.” 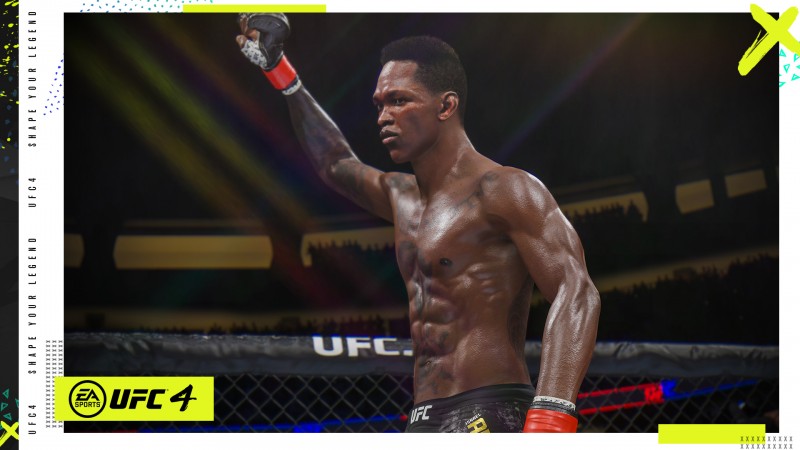 You can even take the trash-talking to the next level with storylines inspired by real-life rivalries like the one between former trainer partners and bantamweight champions T.J. Dillashaw and Cody Garbrandt. “You can go in and knock [your training partner out],” Bassi says. “You’ve knocked out this guy you invited to your camp and then you’ll get a message from your manager saying, ‘Hey, do you want to save this footage or do you want to throw it out?’ And then eventually down the line when you actually get to fight that person you trained with and you knocked them out, your manager will ask you, ‘Hey, you want to leak this footage?’ So you can make that choice and that’s going to affect your relationship with other fighters. You can be that bad guy in UFC 4 where nobody likes you and you’re leaking all this training footage, you’re inviting people, you’re knocking them out … you can knock out everyone you want! It’s all up to you and how you want to play this year.”

Despite the ability to be a jerk, you can also choose the path of being a good, respectable martial artist. “You also have the ability in training camp to spend time – your weekly points – just building connections with other fighters to strengthen the relationships,” Hayes says. “It’s not just a decision of whether to knock people out and be a jerk. You also have the ability to be a positive martial artist and be respectful and go that way too … just make it so everybody loves training with you and teaching you stuff. You can go both ways.” 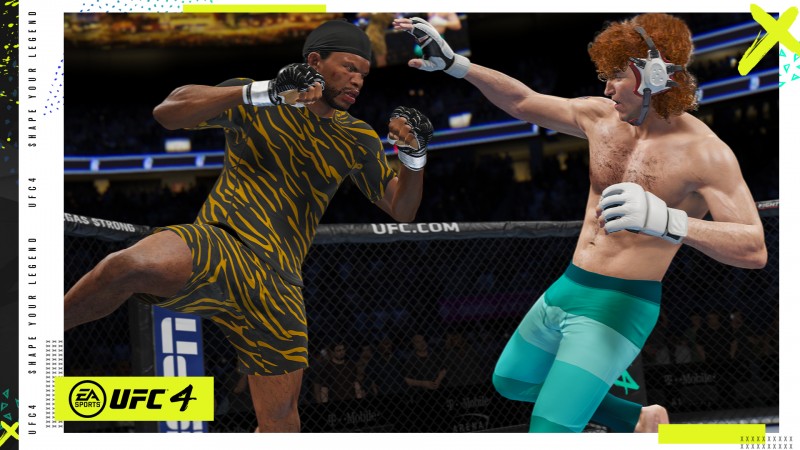 To top it all off, UFC 4 also reintroduces simulation mechanics into the mix, addressing one of my biggest complaints of UFC 3: the fact that the champions don’t rotate over the course of your career. Now, champions rotate over time based on simulated matchups. Unfortunately, despite the simulation mechanics taking place, they aren’t surfaced to you in a fight-by-fight capacity, so you’ll have to keep your eyes on the movement in the rankings if you want to keep your finger on the pulse of what’s happening in your division beyond your own career.

With so many new ways to interact with an already-solid foundation built in UFC 3, I can’t wait to jump into the career mode of UFC 4 and see just how much you can truly make your career your own. EA Sports UFC 4 hits PlayStation 4 and Xbox One on August 14. For more on the entirety of the game, check out my in-depth preview here.