It was a crazy year for LoL Esports but it brought with it many memorable things.

2020 was quite a year for everyone everywhere. COVID-19 rocked the world, but through all the chaos, we still had League of Legends to keep us entertained in the hardest of times. Throughout the course of the year, we saw teams rise and fall, with memorable moments and crushing defeats all over. Today we’re taking a look at the brightest points of LoL Esports in 2020 while we wait eagerly for the 2021 season to arrive!

The first major thing to highlight in 2020 is the fact that LoL Esports ran at pretty much full capacity. Sure, there was a break when COVID first hit. However, that was rather brief and afterward, everything went fully online so games could go on as scheduled and broadcasts could resume. Along the way, there were some technical issues and the like but fans got to see games on a regular basis. This isn’t bad at all when you consider how other areas were affected. Many traditional sports closed down for months. Some esports scenes, like Dota 2 and CS:GO even had rough times of it. In terms of regional leagues, Riot managed to respond to the pandemic well.

Unfortunately, they couldn’t make the Mid-Season Invitational happen though. This was a letdown for sure, seeing as it’s one of two serious international events of the year. With the teams that were at the top at the time, it would have been an incredible tournament. Sadly, it wasn’t meant to be and Riot canceled the event. As a result, many were left wondering if we’d get a World Championship in 2020.

The question was left up in the air for months. With each month it drew closer, causing more and more worry. Then, finally, it happened. Riot Games announced they would hold the 2020 World Championships in Shanghai with a bubble system. And LoL fans around the globe rejoiced. It’s great they did too since it was an awesome event with a ton of exciting games.

Not only did regional leagues manage to pull through, but the biggest international esports event of the year was held too. In the midst of a worldwide pandemic, this was extraordinary. Because of this, it has to be the first highlight on the list.

More domestic competition in the LCS

Now, the LCS’ international competitiveness is commonly criticized. To be clear, this isn’t about that. Just examining NA by itself, there’s been a lot of hype building for a variety of teams between spring and summer. Usually, it’s merely one or two teams at the top who are a clear step above the rest. But that wasn’t really true for 2020. More teams started to step up and show us what they’re made of.

In the Spring Split, it was obviously all Cloud9. They absolutely crushed everyone in their path with exceptional teamwork and a high level of trust in each other. It was great to watch them reach their peak after holding second place for so long. Along with them, FlyQuest surpassed expectations and made it past the NA staples to play in the LCS Finals.

Fast forward to the Summer Split and the landscape completely changed. After starting the regular season at 9-0, Cloud9 completely fell off. They didn’t even make it to the Finals to defend their title, or even to Worlds. But other teams picked it up in their stead. FlyQuest once again made a statement by making it to the Summer Finals. Joining them was the iconic TSM, who fought through every top contender to win the LCS Summer Split Final.

Not mentioned yet was Team Liquid, who turned around a 9th place Spring Split into a Worlds-qualifying Summer Split. Though TL was no longer at the top, they still had a decent run at Worlds and almost made it out of the Group Stage.

Though everybody remembers NA’s performance at Worlds, the region had a lot to be excited about domestically. It really felt wide open in summer, meaning with all the recent roster shuffles, the 2021 Spring Split could be quite the treat. 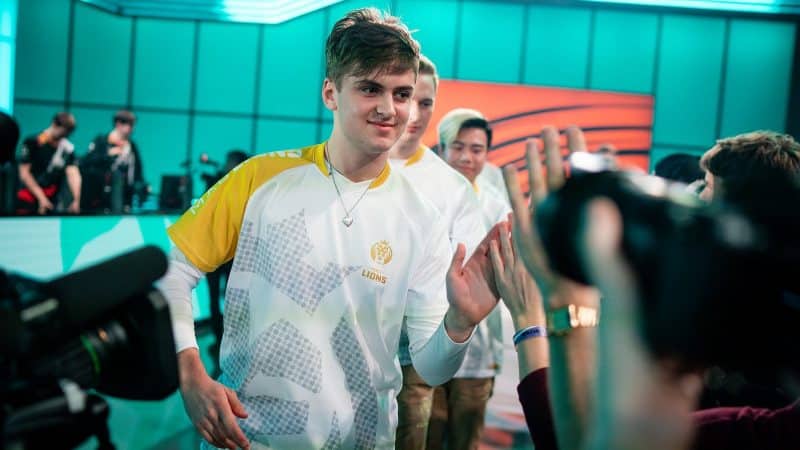 Across the pond, the LEC had a similar phenomenon occur this year. However, it was in a different form from their NA counterparts. That’s because it was all about the rookies and young players bursting onto the scene and instantly giving the big dogs a run for their money.

Anyone who’s watched the LEC/EU LCS for a while knows Fnatic and G2 Esports are always on top. No matter what, it’s typically a competition between those two for first, and the rest of the teams fight for scraps. Although it ended up being that way in the Summer Finals, the Summer Split showcased the best of rising European talent. In particular, MAD Lions and Rogue shocked the LEC in this fashion.

In 2019, Rogue was a middle of the pack team, placing 10th in spring then 4th in summer after some roster changes. Then Spring 2020 came around and they looked similar to a few months before, finishing 5th overall. Finally, in the 2020 Summer Split, Rogue was unlocked. In an intense competition between the MAD Lions, they secured 1st place in the regular season, then advanced to clinch a spot at Worlds.

Speaking of the MAD Lions, their shot at the top was as impressive, if not more. Besides Marek “Humanoid” Brázda, the entire roster was rookie players straight out of the European regional scene. Despite this, they fought hard for the top spot in the Summer Split, nearly clinching it from Rogue. In the playoffs, they continued to do pretty well and even sent G2 down to the Lower Bracket.

These two teams breathed some fresh life into the LEC. Though it’s always hard to see G2 and Fnatic not at the top, Europe’s rising talent shows the league is getting spicer by the year. 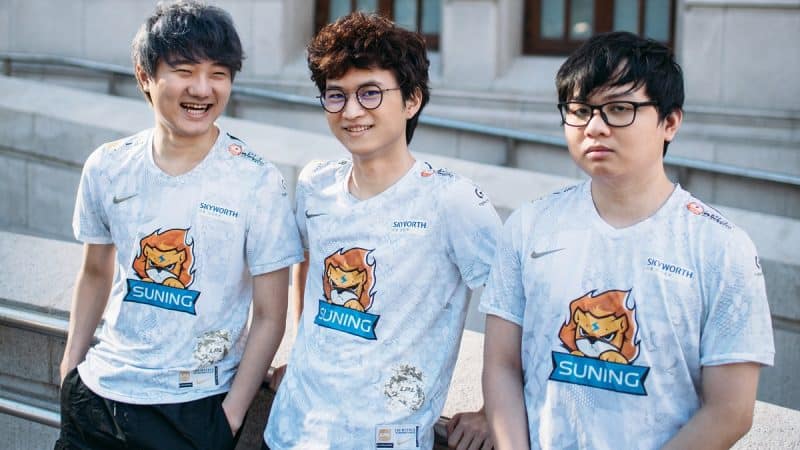 Of course, a 2020 highlights list wouldn’t be complete without mentioning Suning. These LPL underdogs broke through their barriers to go from a mediocre team to an exceptional one. Truly no one expected such highs from the Suning players and team. That’s why it was so exciting to watch them develop over the course of the year and become a true superstar squad.

Most people can identify Suning’s growth during Worlds. But it started much before that. In the LPL Spring Split, they finished the regular season all the way in 11th place. Then, moving on to the Summer Split, Suning shot straight up the standings to clinch fourth place, then finish third overall in playoffs. At the same time, the young squad secured a spot in the World Championships.

Despite getting their ticket there, no one expected them to surpass the heights of JD Gaming and certainly not Top Esports. Sure, they could probably take first place in Group A over G2 Esports, but it would be a different team representing China in the Finals, surely.

Surely not. Suning faced both JD Gaming and Top Esports in Knockouts, defeating both of them in spectacular fashion. It’s no understatement to say these series shocked not only LPL fans but the entire world. Honestly, they even put up a stellar fight against Damwon, the Korean team that showcased dominance like none other.

Even though Suning couldn’t keep the Summoner’s Cup in China, they made themselves proud and caused a huge stir. Their journey from zero-to-hero is something everyone dreams of and it took incredible skill and effort to pull off.

Damwon brings the Summoner’s Cup back to Korea 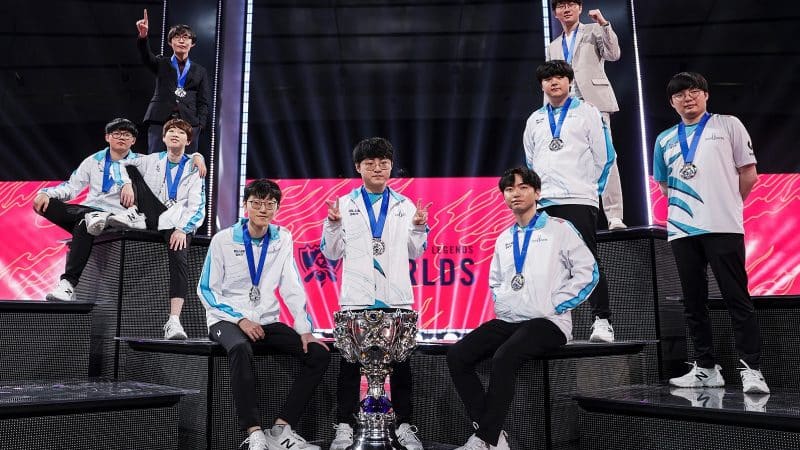 Topping the list as the biggest highlight of 2020 is the fact that the Summoner’s Cup did indeed go back to Korea. Long time LoL viewers know that Korea used to always be the best. Players and teams around the world looked to LCK organizations like SKT T1 or the Samsung teams to adapt their playstyle to be like theirs. But after the LPL took two consecutive World Championship titles in 2018 and 2019, it seemed that era was over.

Along with this came a questioning of styles. The LCK was commonly praised in the years before for being calculated and intelligent, but as Riot Games made changes to the games to speed up games, it appeared that the LPL’s style of aggressive, run-and-gun gameplay was better. With this, many people said that Korea was on the downturn, with the LEC even starting to surpass them with G2’s and Fnatic’s faster gameplay.

Then the 2020 World Championship Damwon Gaming squad took the LoL Esports world by storm. After swapping their ADC position from spring to summer, Damwon went on an absolute tear in the LCK, easily smashing each and every other Korean team in their path to the title. Going into Worlds 2020, they were a favorite to win it all. And, obviously, they did, having little trouble against even the best teams in the entire world.

Now the Summoner’s Cup is back in Korea. Can Damwon and the rest of the LCK keep it there in 2021? Or will another region usurp them again? No matter what happens, no one can doubt that the trophy being there and Damwon’s utter dominance signals the possibility of a new Korean dynasty.