That’s right: as of last night, Mørkredd is now available exclusively on Xbox One, Xbox Series X|S, and with Xbox Game Pass. You can also pick up ØDE, a DLC with all new challenges that mutate the game’s experience. Cue the celebratory disco ball!

Okay, enough of the bright and shiny stuff. Morkredd means “fear of the dark,” and we’d like to shed some light on what’s waiting for you in the shadows of Mørkredd. It will take all of your skills and smarts to solve physics-based puzzles and guide the orb to safety. Luckily for you, we’ve got some advice to help you master its world.

In Mørkredd, darkness is deadly and you have to stay in the light if you want to survive. An awful fate awaits those who stray into the shadows. Some monsters will cast shadows or light, but be wary of your partner. Every shadow can kill you, even theirs!

The Orb Calls for Two

Looking for a couch co-op puzzle experience? Mørkredd has you covered. Be warned: communication is critical. An errant shadow means certain death, which means resetting at a checkpoint. We recommend establishing one player as the “orb pusher” and one player as the “navigator” who calls out obstacles and where to push the orb.

If you’re playing solo, expect an even greater challenge. You’ll have to control both characters and make sure they both stay alive as you move through Mørkredd. Pressing [insert button here] will swap which joystick is controlling which character, helping you fine tune your navigation.

The Orb Can Be Reshaped

Ever wondered what Mørkredd would be like if you were pushing a dodecahedron instead of an orb? How about a disco ball or an eyeball. Mørkredd’s DLC, ØDE, allows you to unlock new customizations for the orb, the player characters, and even the physics of the game’s world. The customizations you unlock in ØDE can even be used in playthroughs of the base game!

Do you think you’re up to the challenge? Answer the Orb’s call today on Xbox One, Xbox Series X|S, and with Xbox Game Pass! 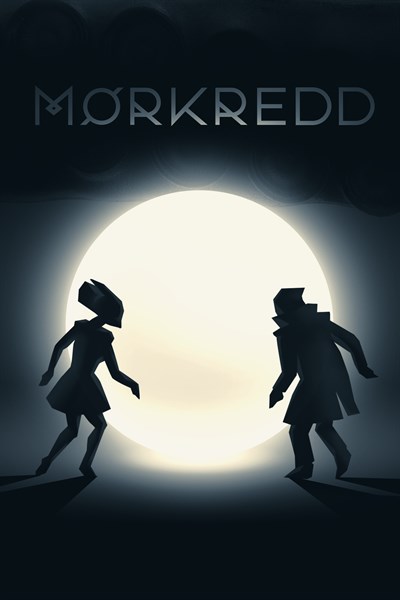 The Orb is your fate.

Morkredd is a tense, physics-based co-op puzzle game for one to two players combining skill-based puzzle-solving, a challenging balance of light and shadow, and a dark world full of secrets to unlock.

Next Week on Xbox: December 15 to 18 Enable Joins 100 Thieves As Content Creator

Outriders comes to Xbox Game Pass for PC this week

An Inside Look at Campaign and Zombies in Call of Duty: Vanguard