The Motel Opens its Doors. Will You Make It out from Oxide?

Oxide Room 104 is a bone-chilling horror videogame where you will play as Matthew and will have to escape from a terrifying old motel. The game combines action, adventure, and puzzles in a changing environment that will challenge you in many ways. But let me introduce you to the atmosphere of the Night Soul Motel and tell you a bit about what you will find in there while you try to escape.

You wake up inside the bathtub in one of the rooms of the motel, without remembering how you got there. You are naked and wounded, and your head feels like it is going to explode. Somebody wrote your name on the bathroom’s door; is that blood? This can’t be good… you’d better run out of there.

Doors are locked and windows are bricked up, so making it out is not going to be so easy. The motel’s rooms are filled with everyday objects; they look old and dirty, some of them rusty and others worn out, although might still be useful to find a way to get that next door open. But think things twice, because an impulsive decision could lead you to getting injured or poisoned, or to an abrupt death.

You will soon discover you are not alone there. A terrifying creature is stalking, waiting for your mistakes. She has filled the motel with horrors and other creatures that will hunt you to death. Taking the right decision in every moment between shooting at them with your gun or just moving quietly and stealthily will be crucial to survive.

While moving through the motel, every room will be an unexpected environment with new mysteries—from a creepy concert room to a cemetery inside another room. What would be behind that door? Dangers and death are awaiting you everywhere.

Death is just the beginning. Things did not turn out well and now you wake up inside another bathtub, but that place does not seem the motel. Now you are gagged, with your hands and feet tied, and a ruthless doctor is watching you. What does he want from you? Why is he keeping you like this? He will do anything to get what he wants. He will show no mercy and take you back to Oxide.

Again, you wake up inside the bathtub in the motel, in room 104. But things have changed. Everything looks more rusty, new creatures are appearing, pictures on the walls are watching you, objects are not where they were, and you can’t escape in the same way as you did before. You have another chance to get out of there, but every time you fail the motel gets even more hostile and macabre. Find your way out before it is too late, escape from Oxide and discover its secrets. Oxide Room 104 is available now on Xbox. 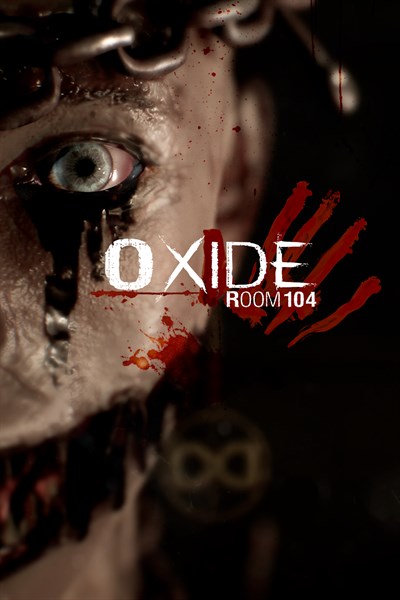 Combining escape room gameplay and action, Oxide Room 104 is a bone-chilling single-player body-horror game set inside an old motel. Abducted, at the mercy of a ruthless scientist, and stalked by a horrible creature, you must try to escape using common sense, just as you would in real life. Can you get out of Oxide?

It all starts when you wake up in the bathtub of a motel room, naked, wounded, and unsure what has happened. You remember that the deal had gone wrong, but now the only thing that matters is trying to escape from that horrifying place no matter what. From this moment on, everything you do will lead you to one of the endings. And we warn you that, out of all the ways it could end, there’s only one good way out…

There are many options and ways to solve situations, as well as different paths. Some actions will lead you to states that will alter your perception of the environment and even to an abrupt outcome. Remember that a bad decision can be the difference between life and death.

The New Construction Simulator Releases This September “Power On: The Story of Xbox” Wins a Daytime Emmy Award