The few years after the early 2000s before the 2010s was not a great time for horror games. Silent Hill and Resident Evil were making games that paled in comparison to their earlier entries, and most of the oxygen of the gaming world was being sucked up by Mass Effect 2. Great games, sure, but the horror community was still largely relying on old classics from over ten years ago and mediocre modern ones that were largely just rehashing the same ideas and not even doing them justice most of the time. It was a dark time.

It wouldn’t last too long though. By most accounts, the horror genre of video games was almost single-handedly revived by a little-known PC game called Amnesia: The Dark Descent from Frictional Games. It didn’t happen all at once though. There were a lot of reasons why the game had such a meteoric rise to the level of popularity it’s at now. First and foremost, one of Amnesia’s most interesting elements that really set it apart from the competition, and even set it apart from other horror classics from many years ago was its setting.

The survival horror genre has taken games into all sorts of different settings and locations, but a castle in 1839 is a new one. On top of that a main character who literally had no idea who he was why he was there or what he was doing, instilled a certain sense of uneasiness and vagueness that allowed the players imaginations to fill the gaps with whatever came to mind, while also keeping the door open for them to be interested in uncovering the answers to the questions posed by the main character. Sure, there are plenty of games where the main character has some form of Amnesia and has to put the pieces together to figure out why he or she is where they are, but Amnesia leaned into that characteristic with such confidence, and in such an unfamiliar setting, that those two elements complement each other in a very strong way and made the game extremely effective from the get-go.

As the game progresses and you begin to unravel it’s mysteries, Amnesia still somehow is able to avoid letting you feel comfortable or confident about your progress by continuing to pull the rug out from under you with just how bleak and mysterious the environment can get. As the player makes their way through unravelling the main character’s past and figuring out why everything is happening this way, they are also saddled with dealing with “the shadow.” This creature not only serves as a perfect way to keep the pressure on the player throughout the entire game but also quickly became one of horror’s most iconic monsters in the video game space, and remains so to this day.

While Amnesia did not invent the idea of making the main character completely helpless and consistently vulnerable, it did pull it off in its own way the introduced stealth as a main pillar of the experience and hiding from an enemy that is actually roaming around the environment in real time. On top of all that there is also the issue of maintaining Daniel’s sanity by staying in an area that is lit to at least some degree. As you might imagine this is a fairly difficult task to handle inside a giant castle with very few windows or sources of light, cue the tinder boxes, which essentially replace guns and ammo as the players primary resource to manage on top of keys and other items of Interest here and there. 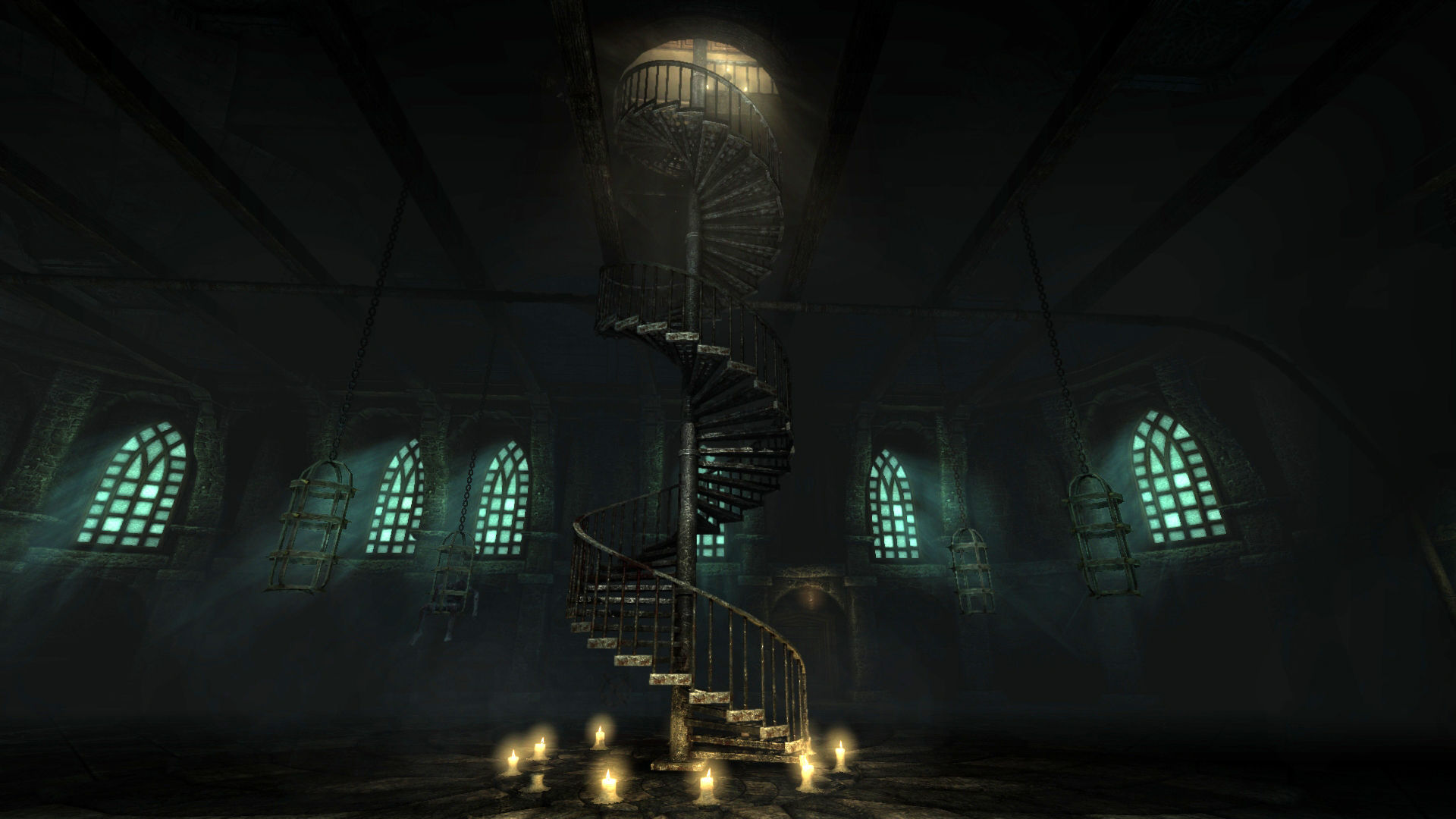 Atmosphere, a clever setting, and a very compelling story were all important elements that Amnesia got right. but another thing that it did very well we’re puzzles that, for the most part, made actual sense. If there is one legit complaint you can level at classic horror games from the late 90s and early 2000’s, it’s that many of the puzzles in those games were so incredibly obtuse that they almost felt like commercials for strategy guides. I understand that a key for a door might get a little bit boring and you might want to mix that up a little bit with some different elements, but the liberty that some games of that era were taking with what a solvable puzzle could be were just getting ridiculous, and could very well be partly responsible for why the genre declined shortly after that.

Nobody wants to spend their hard-earned money on a game just so they can go home and be stuck for 5 hours. Amnesia seemed to at least in some small way be aware of this. Puzzles were not overly simplistic or easy to understand, and they did require some critical thinking, but they were largely rooted in earthly things that made actual sense and used the physics of the environment to open hatches or move things around in such a way that new paths would become available. Frictional Games seems to have a knack for this as we saw more of that and SOMA many years later.

While it’s true that Amnesia: The Dark Descent’s popularity was certainly helped out by the streaming community and just the general reaction video community propping it up with constant videos of people freaking out over its various terrifying scenarios, the truth is the game would not have gotten as far as it did if it didn’t combine these elements in a smart way. Its ability to manage darkness, it’s story and its threats to the player were frankly unmatched at the time by most other horror games of that era. Amnesia earned every compliment that it got but it’s also important to point out that horror left a massive void for somebody to fill for quite a long time as I touched on earlier. 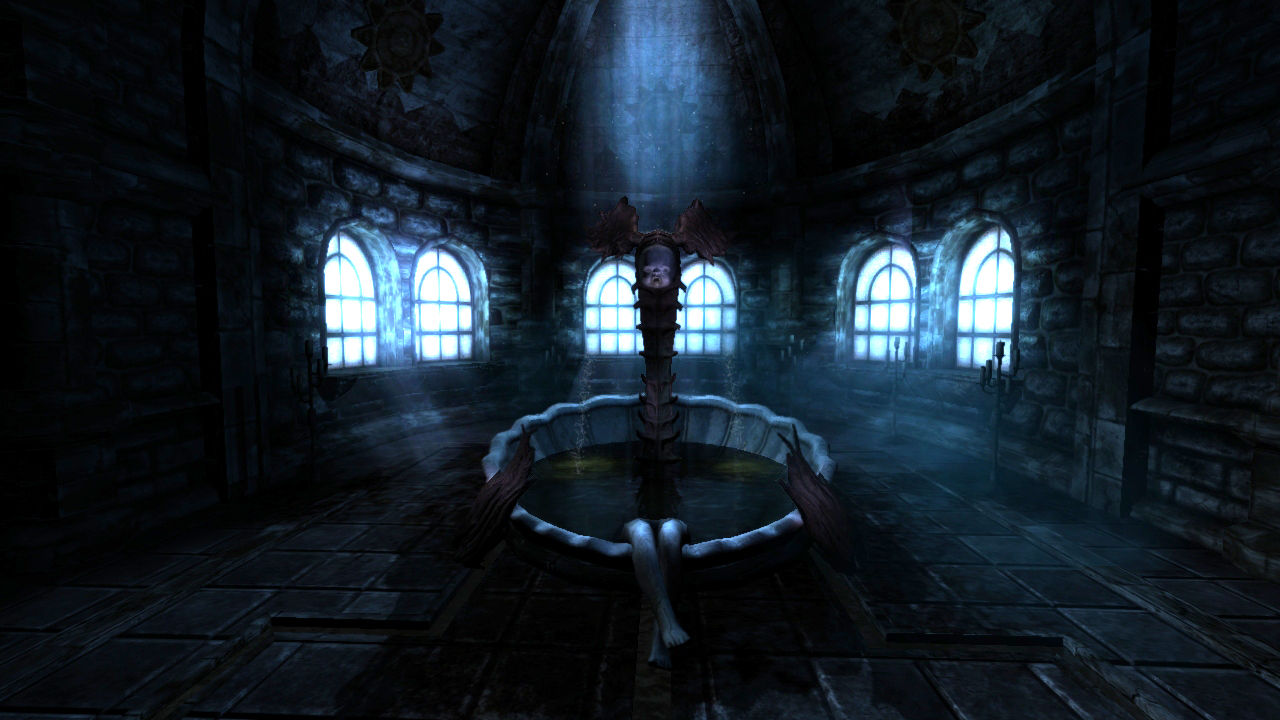 I remember telling myself a couple years before Amnesia came out that the genre was pretty much dead and I would just need to be happy with replaying the original four Silent Hill games for the rest of my life if I wanted to continue to enjoy survival horror video games. Thankfully I was dead wrong about that. All the horror genre really needed was a well-deserved breath of fresh air and a new perspective on what survival horror could be. Amnesia: The Dark Descent is that breath of fresh air, there’s no other way to slice it. Given that it is a 10 year old game and even horror games that are obviously inspired by it have come a long way since then, it would make sense that there are other games out there of this style today that are better in terms of level design and overall gameplay.

But there’s no denying what this game did for the genre. When survival-horror was on its deathbed Amnesia gave it a much-needed shot of adrenaline, and spawned a whole sub-genre of first person stealth oriented horror games that are continuing to be iterated upon to this day. Some of these sorts of games are turning out better than others, but all of us owe all of that to Amnesia: The Dark Descent.

Rift Apart Guide – How to Get Infinite Health and Unlimited Ammo, and Gold Bolt Locations