Over 100 million PlayStation 4 consoles have found their way into consumers’ homes, but there are a handful that stand out from the rest. Whether to promote a game, deal, or even fast food, there have been some beautiful and bizarre variations of the sleek black box.

Created as an incentive for a charity auction, the cutely dubbed “GayStation” features a colorful rainbow design on the console, with a retro-style heart in the middle. Benefitting the Swedish Federation for LGBTQ Rights, the console sold for 28,300 Swedish kroner (about $4,105). That’s a lot to pay for a console, but as it went to charity, the sole owner of the GayStation has a lot to be proud of. 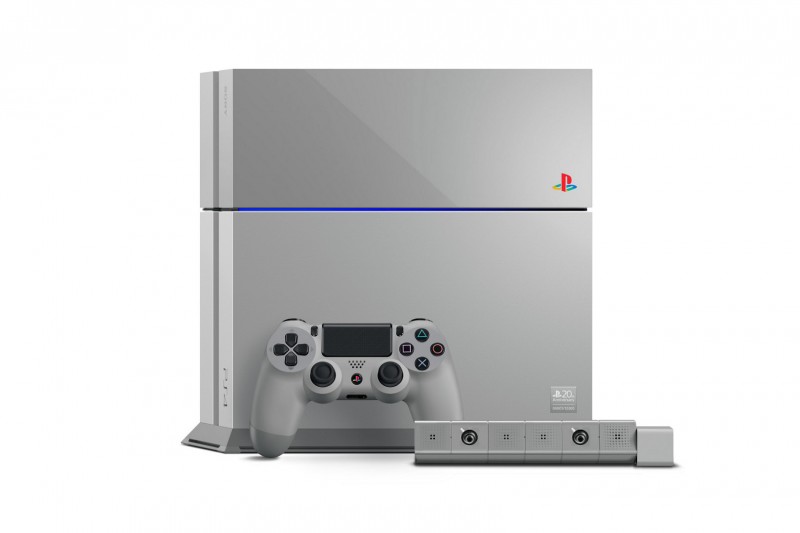 To celebrate 20 years since the launch of the original PlayStation in 1994, Sony produced 12,300 retro-styled PlayStation 4 consoles to commemorate the milestone. They unsurprisingly sold out fast, making the console highly sought after – and expensive – to this day. The console itself features a gray finish reminiscent of the original PlayStation’s style, as well as an aluminum plate with its unique number out of 12,300. Also included are a similarly retro-styled DualShock 4, and a ‘90s styled PlayStation Camera.

Released alongside Hideo Kojima’s grand finale for the franchise, the special edition console features a sleek red finish to match the color of Snake’s bionic arm, and a gray-tinted DualShock 4 to match his gun. Aside from tiny logos for the Diamond Dogs, Snake’s private military company, the console and controller are mostly unmarked, which is a breath of fresh air when compared to other limited edition consoles. It unfortunately only released in Asia and Europe, making it harder to track down for American audiences. 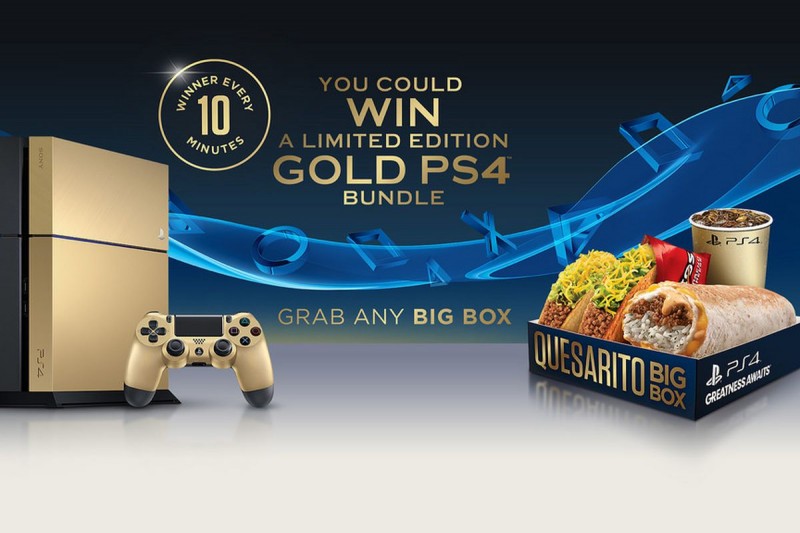 As part of a promotional event, Taco Bell gave away one golden PS4 roughly every 10 minutes for 10 days. In order to enter, participants had to purchase one of Taco Bell’s signature Big Boxes, in which they would find a redeemable code to enter the raffle. These consoles had a golden top that actually lacked any Taco Bell branding, as well as Uncharted: The Nathan Drake Collection, a golden DualShock 4, and a golden card detailing the console’s number out of the 6,500 made. While this console is undeniably fancy, it still isn’t as fancy as former Game Informer editor Dan Ryckert’s real wedding at Taco Bell. 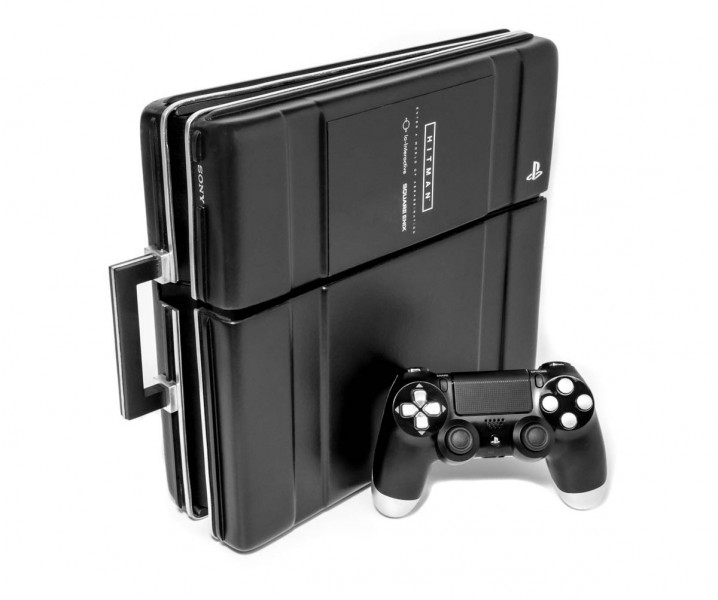 Hitman PlayStation 4 Console – Agent 47 Briefcase
Release date: June 30, 2016
Only one manufactured, given away in raffle

Designed as a replica of Hitman protagonist Agent 47’s briefcase, it’s not clear that this is even a console until further inspection. While most other limited edition consoles act as paint jobs, this one-of-a-kind console goes above and beyond with its unconventional form and attention to detail. You’d likely have to become a hitman yourself to get your hands on this console, as only one exists, and it’s in the hands of a very lucky winner of a raffle Square Enix put on back in 2016. 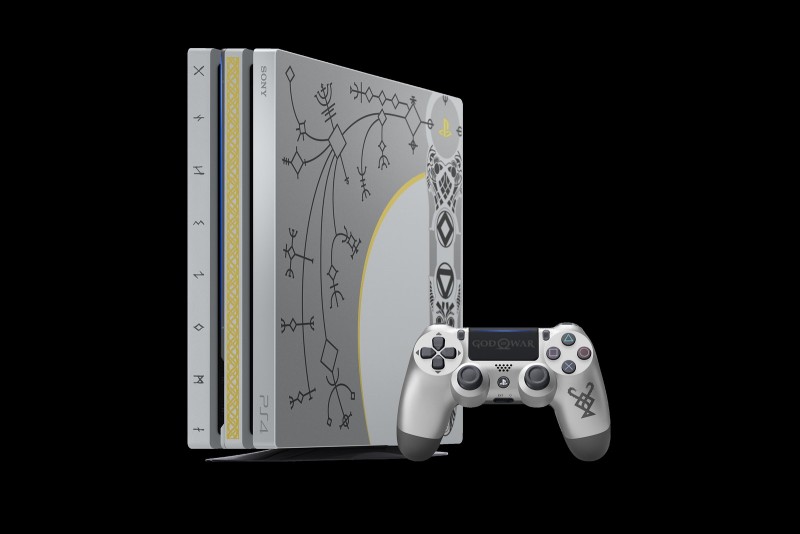 Released alongside the critically acclaimed God of War, this limited edition console has a “Leviathan Gray” color, decorated with the game’s Norse runes and the design of Kratos’ Axe. The DualShock 4 features the same coloring, with the God of War logo shown proudly across the touchpad. As with most limited editions, it’s sold out, and you’ll have to pay a pretty penny to get your hands on it now. It wouldn’t be “limited” otherwise! 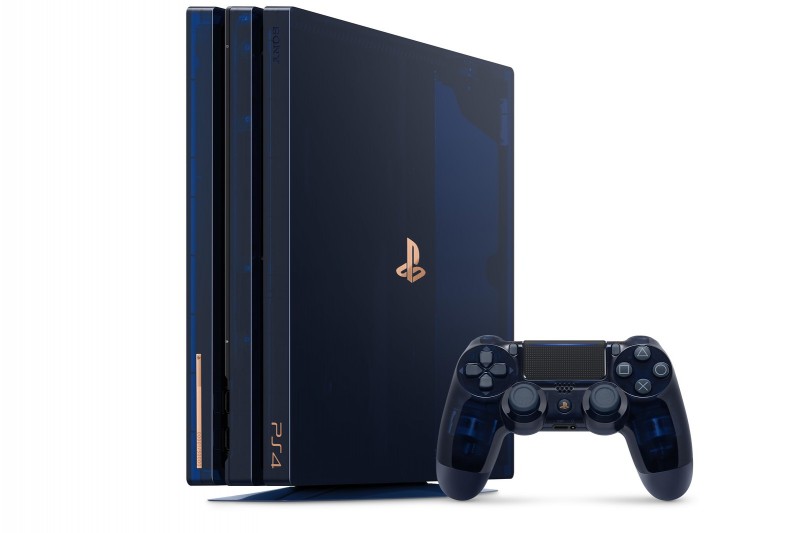 To celebrate having sold a total of 500 million PlayStation devices, Sony had yet another limited edition console, but this one was even more limited than the 20th Anniversary Edition. This is the only PlayStation 4 edition to have a translucent shell, meaning you can see the components inside the console without taking it apart. This translucency also applied to the included DualShock 4, and the Gold Wireless Headset that was available for purchase separately. This console again sold out rapidly when it launched, and is incredibly difficult to find today for any reasonable price. We actually got our hands on one and did a photoshoot of the console, which you can see here. 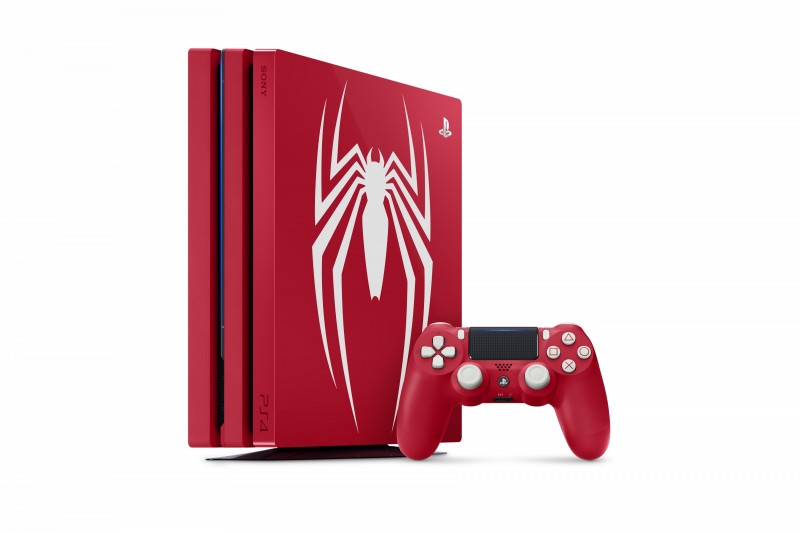 Like most limited editions, Spider-Man’s limited edition console launched alongside the game it accompanied. It features a bold red color, with the White Spider symbol upon its surface. Matching this theme, the included DualShock 4 is similarly drenched in red, with all of its buttons in white, as well as its dual analog sticks. The bright coloration might look a bit garish to some, but it’s certainly a loud way to profess one’s love for the webslinger and his newest video game venture. As it was a limited edition console, you’ll have to dig a bit deeper into your wallet to get one today, but it’s recent enough that it’s not prohibitively expensive. 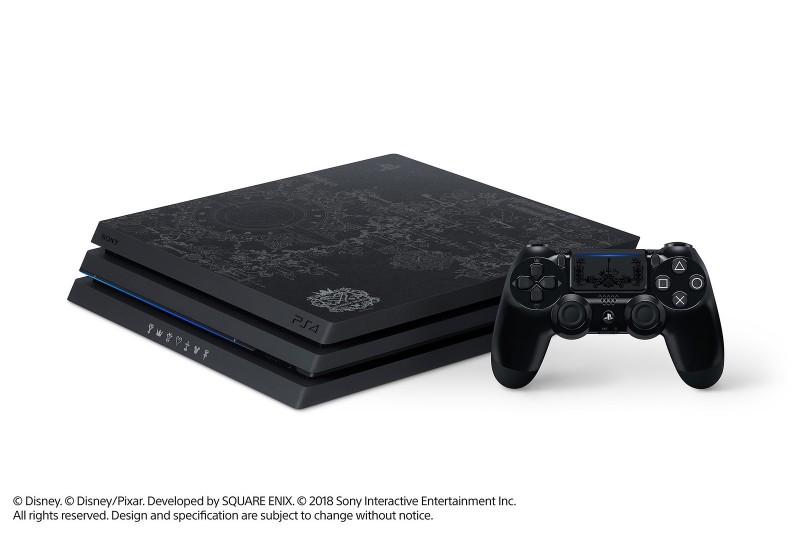 One of the most recent limited editions the PlayStation 4 has received, the Kingdom Hearts III PS4 Pro launched alongside the game, and it’s fit for a king. The console’s surface is lined with highly detailed decorations from Kingdom Hearts, as is the controller that comes with the game. As the console was a GameStop exclusive in the west and sold out fast, the only way to get your hands on one now is through third parties such as Amazon or eBay, or to import one from Japan.

Usually, limited editions of consoles are as expensive as standard editions, if not more. For the annual Days of Play events, however, they’re actually cheaper! Since 2017, Sony’s used the summer heat and excitement of E3 to draw in new buyers, bumping the PS4 Slim price from $300 to $250, and having tons of deals on triple-A games as well. To put the icing on the cake, however, each Days of Play PS4 Slim has a new design, and they’ve been pretty nifty each year. In 2017, it was an elegant golden look; in 2018, they had a deep blue console with the golden PlayStation icons decorating the console’s surface and the controller’s touchpad; in 2019, Sony went a bit more subtle, with a steel look to the console and controller that made them look a little more professional than usual. If you didn’t pick one up during the Days of Play event, you missed your chance, as they’ve all increased in value. You could sell one for a profit, but they all look pretty nice in a living room.

For more on all things PlayStation, check out our roundup of every limited edition PS4 to see those that didn’t make it onto this list!