Take up the mantle of The Luminary and join a unique cast of loyal companions in the acclaimed Dragon Quest XI S: Echoes of an Elusive Age – Definitive Edition today on Xbox One, Xbox Series X|S, and Windows 10 PC.

Marking 34 years since the first Dragon Quest game released (originally known as Dragon Warrior in the West), it’s especially exciting for Xbox as we welcome for the first time ever this acclaimed series to our console. This sprawling standalone adventure is the perfect starting point for new players and is full of RPG features that longtime fans of the series have come to love, like classic turn-based battles and a vast world full of colorful characters and unique enemies (Slimes!).

With new character side stories, a Retro 2D mode, Japanese audio, and a full orchestrated soundtrack, this definitive version is packed with new features and enhancements that help make it the complete Dragon Quest XI experience for RPG fans across the globe.

Xbox Game Pass members can start playing today on Xbox One and Xbox Series X|S, and Xbox Game Pass Ultimate and PC members can enjoy playing on Windows 10 PC as well. The game also supports Xbox Play Anywhere, meaning your progress is shared across console and PC letting you pick up and play Dragon Quest XI wherever you prefer to game.

To get a taste of the adventure, be sure to check out the Dragon Quest XI S demo on the Xbox Store that provides 10 hours of content from the opening of the game. Your progress from the demo can carry over to the full game as well. Completing this scenario will award you with the Seed of Skill that gives you an extra skill point that can be used either in the demo or when you bring your save progress over to the full game.

Now go have some fun and save the world! 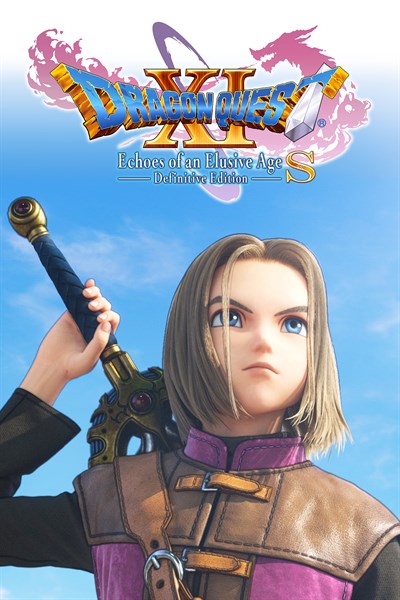 The ultimate edition of the latest major entry in the legendary RPG series!

Embark upon an epic adventure as The Luminary: the chosen one in a world that vows to hunt him down. The Luminary and his unique band of loyal companions work together to survive an onslaught of ne’er-do-wells and overthrow the dark forces that plot to plunge the world of Erdrea into chaos. Explore the massive world of DRAGON QUEST and awaken your power in this can’t-miss adventure!

– UNRAVEL AN EPIC MYSTERY IN A RIVETING TALE – You are the Luminary, a hunted Hero who must uncover the mystery of his fate.
– ASSEMBLE A COLORFUL CAST – Accompanying you is an endearing band of adventurers with their own rich backstories and personalities.
– EXPLORE A VAST, BEAUTIFUL, LIVING WORLD – Excitement lurks around every corner. Access new areas, by foot, on horseback or with the use of monstrous vehicles.
– ENGAGE IN CLASSIC TURN-BASED BATTLES WITH A MODERN TWIST – Featuring mechanics simple enough for beginners, but with enough depth to satisfy hardcore fans.
– HAVE SOME FUN & SAVE THE WORLD – Tons of side quests and addicting mini-games awaits you for enough content to keep you playing for well over 100 hours.
– CHALLENGE YOURSELF WITH THE DRACONIAN QUEST – Available when you start a new game, these options allow you to craft you own customized difficulty.

Includes the critically acclaimed DRAGON QUEST XI, as well as an array of new content, features and quality of life improvements.