Core i7, Core i5… the best CPUs for gaming are often sought from these hallowed tiers. While there will always be a place for overpowered gaming PCs just as worthy of 3D modelling workloads as playing the latest games in 4K, for gaming there may be a new challenger approaching: the Intel Core i3 10100.

If you had told me back in 2015 that an i3 would be near-enough the same spec as Skylake’s best non-HEDT processor, the Core i7 6700K, I would’ve backed away from you in total disbelief. That was back in a time when CPU overhauls were moderate at best – even between tick-tock generations. Yet here we are in a post-Ryzen world, and the status quo of the long-dormant CPU industry has totally changed.

The latest specification for the yet unreleased Intel Comet Lake Core i3 10100 was spotted by TUM_APISAK over on the SiSoft Sandra database, and describes a chip awfully familiar to those of us rocking Skylake hardware. With four cores and eight threads (courtesy of newly-added HyperThreading) at 3.6GHz, and boosting up to a reported 4.3GHz, this chip is nigh-indistinguishable from the four-core/eight-thread Core i7 6700K at 4.0GHz base/4.2GHz boost. Well, except the Core i3 will likely be at least a third of the price…

The Core i3 9100, a quad-core/quad-thread processor, is listed for $122 on Intel Ark. That’s the recommended retail price, but it can often be found for less. Similarly, the Core i3 9100F, a slightly lower-clocked chip lacking Intel’s iGPU, is available from $97. We know Intel intends on once again distributing 10th Gen F-series chips without functioning iGPU silicon, but so far there’s been no confirmation of a i3 10100F.

Listings across multiple retailers published ahead of Intel’s official announcement suggest it will maintain a similar pricing strategy through its 10th Gen lineup as it did the 9th Gen, although final list prices remain unconfirmed. Regardless, whether Intel’s 10th Gen retains the company’s stressed pricing strategy or not (and despite the likely impact that would have on its high-end and enthusiast product), the Core i3 10100 and any potential Core i3 10100F will likely retain a strong foothold in the market.

The only potential added cost is a new LGA 1200 motherboard, as these will be demanded by Intel Comet Lake processors. So long as you’re not already rocking AM4 or any other Intel socket, this shouldn’t come at a premium, at least.

AMD’s competing chip, the Ryzen 3 3200G, is no slouch, either. With four cores and and an equal thread count capable of a 4GHz max boost clock, it’s a fine companion whether you’re opting for its 8 Vega cores or an external GPU. Yet Intel still dominates the entry-level for raw gaming performance, and when there’s little cost disparity between the two, we side with the raw single-threaded performance any day.

But just as Intel’s ramping up to another iteration of Skylake on the 14nm process node with Comet Lake, AMD’s also prepping next-generation APUs. Its ‘Renoir’ chips, the first under the Ryzen 4000 banner, were announced back at CES, and while we’re yet to hear anything official from AMD on desktop variants, we’re expecting something fitting to that designation relatively soon. 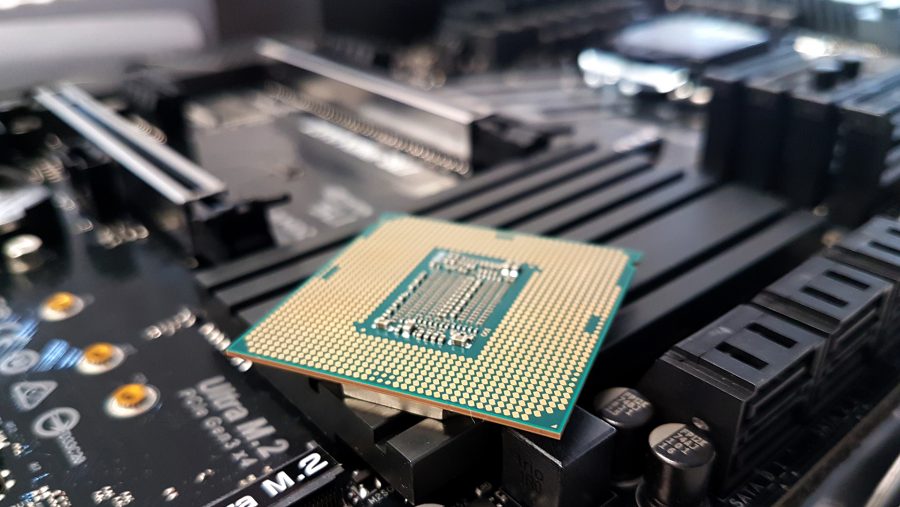 We cannot claim to know the performance or price of Intel’s i3 10100, nor can we say for sure whether a cut-down Core i3 10100F will exist. Yet Intel’s single-core performance remains a favoured friend of many game engines and APIs, and has ever since those Skylake days, and we expect nothing less from the 10th Gen, either.

But let’s not forget the catalyst for such a change. AMD Ryzen has proven a fine accelerant for CPU innovation, and Intel’s been stacking wood on the fire ever since.

The impact of a reignited contest for processor dominance has sure done plenty to shape the specifications of the enthusiast CPU market, but few take stock of what’s going on in the entry-level. Intel’s top 6th Gen Core i7 for around $100 is really going to change the gaming experience for a lot of people. The specifications of a once mighty processor, a top gaming chip, have been demoted to budget fare. But don’t be fooled, these remain just as capable in our gaming rigs as they ever were. The Core i7 6700K and i7 7700K remain superb gaming processors, even if they’re lagging behind the wake of multi-core chips.