The best The Medium PC settings for 60fps

The Medium is already splitting opinion, fitting given its splitscreen mechanic. In our The Medium review we commend its dedication to building atmosphere and tension, but conclude that it doesn’t do enough with its gameplay or setting. We also cite some troublesome PC performance, with wobbly frametimes and generally low fps marring the experience.

As with all new major PC games, we’re digging a little deeper to see how you can improve The Medium’s performance on PC, what settings offer the best frame rate improvements for the lowest impact on graphical fidelity, and the steps you’ll need to take to reach that heralded 60fps average.

Spoiler alert though, it’s really difficult and you’ll need a high-end rig. As we’re all still working from home, we’re reviewing performance on our personal PC, so the particular rig we’ve been testing The Medium on consists of an RTX 2080 Super, Ryzen 7 2700X, 16GB of RAM, and a 1440p display – The Medium is also installed on an M.2 SSD. That’s far from low end, and we still struggled to find a consistent average of 60fps. Depending on your setup, you may be better off aiming for 30fps; The Medium is slow-paced and cinematic so it shouldn’t harm the experience.

As for settings, well, it’s another mixed bag. There are plenty of options to choose from, but there appears to be a disconnect between the graphical preset and what you tweak in the advanced settings, which makes adjusting the settings suitably nightmarish. There are also no explanations for what each setting does, or visual comparison like we’ve come to see in most triple-A PC versions – fair enough given the relative size of Bloober Team, but still a shame.

It’s worth noting that if you run it in DX12 then you can utilise ray-tracing for the first time in horror games, and it does look spectacular. In fact, on high settings it’s worth pointing out that The Medium really is impressive – detailed textures, atmospheric lighting and shadow effects, and solid animations.

First, some frame rate comparisons between the graphics presets. And, as The Medium has a fun splitscreen mechanic, we’ve tested performance between the two modes for all presets.

As you can see, the splitscreen mode does have a performance impact across all presets, but only on the lowest graphics settings does it really throttle your frame rates. We couldn’t get it to reach 60fps without knocking the render resolution down, or taking similarly significant steps.

The good news is that in our tests, if you are playing on ultra with RTX then this splitscreen mode won’t completely tank your performance, although we did notice much less consistent frametimes.

Here are the best The Medium PC settings:

Most of the frame rate advantages to be gained in The Medium come from the shadow and lighting settings.

SSAO and SSR off, and SSS low each resulted in a 2% increase, so don’t they feel particularly worth the dip in quality on their own, but can give you a few extra frames per second when lumped together.

Textures, LPV, and separate translucency all had minimal impact, so we left those alone. Turning the AA down returned some nasty jagged edges, so we left it at TXAA. If you can use DLSS, then do as it offers the best results for its performance.

Turning effects down to medium returned a 4% boost with very little impact on visuals, so that’s a relatively easy win. Lastly, switching motion blur off got a tiny 2% increase, and we generally prefer it that way.

Ultimately, to get a comfortable 60fps we had to switch shadows all the way down to low, which offered another 10% boost from medium. That does let you switch the other low impact settings back up. Hopefully, this helps you figure out where the biggest performance gains can be found. 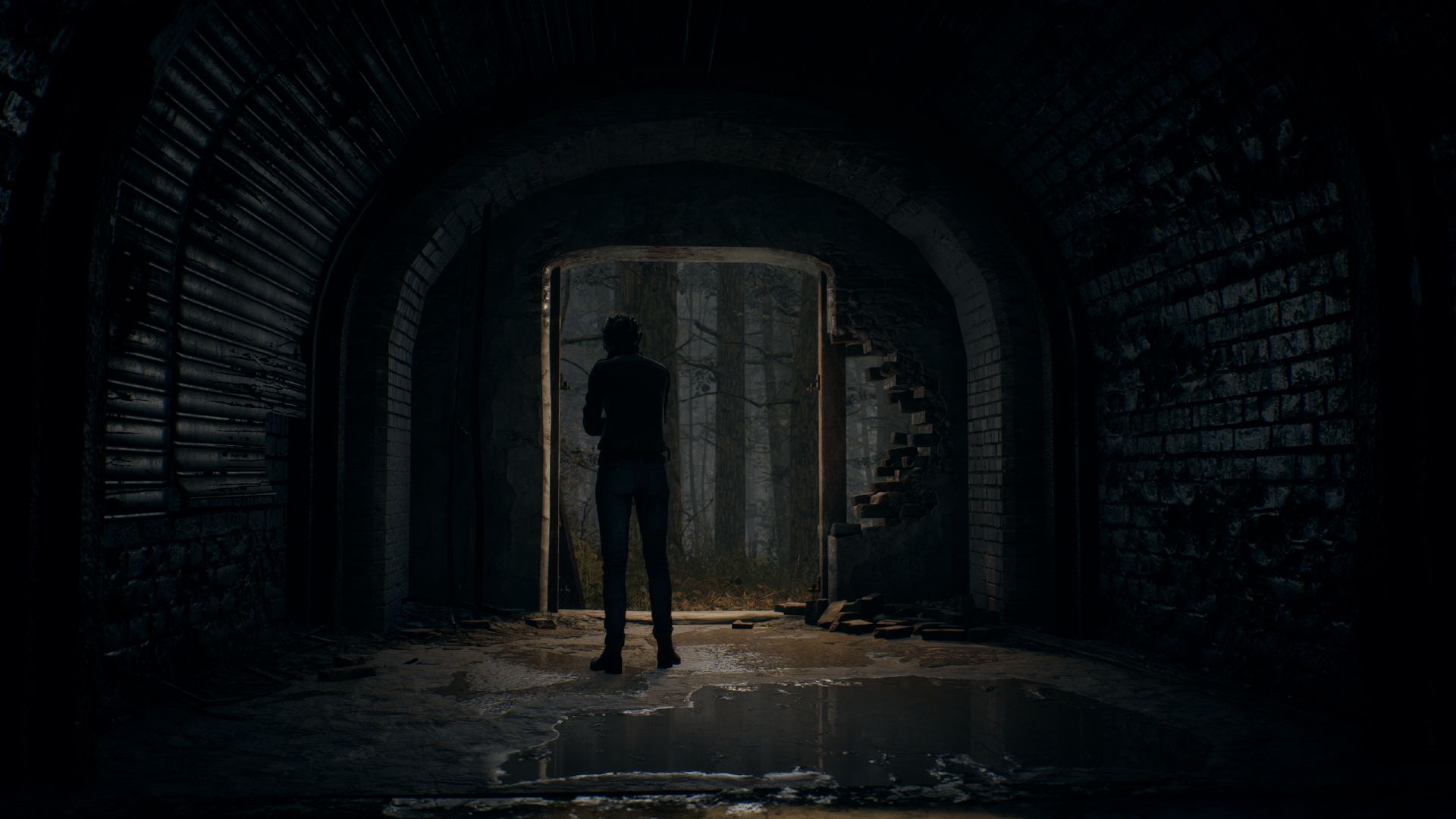 As you can quite clearly tell, ray-tracing in The Medium is all about puddles. It’s pretty much impossible to spot any other difference in the scene above, but the difference between the two puddles is striking. It has to be said that the reflection in the puddle itself is far more realistic with ray-tracing on, but it doesn’t appear to be bouncing any of that light onto the rest of the bunker, which makes it look a little odd. Admittedly, in other sections of the game the contrast is less stark. 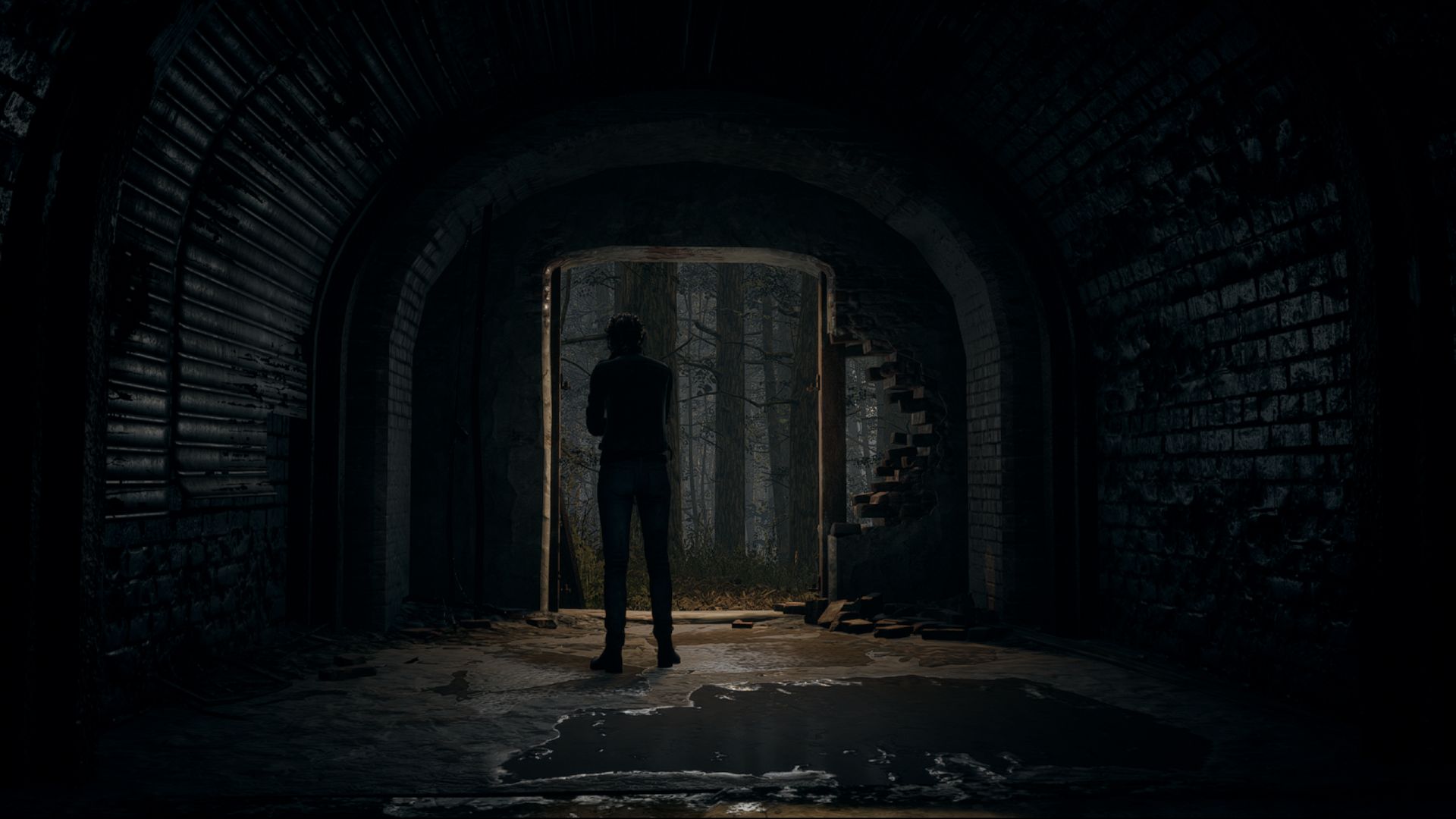 The Medium ultra vs low

The reflections in the puddle are non-existent in the low preset. On low, the foliage and trees look more jagged, and the lighting is much less realistic.

Low looks significantly worse when it comes to interior scenes, which you tend to encounter a lot in horror games – check out how drab and muddy the shot below is. 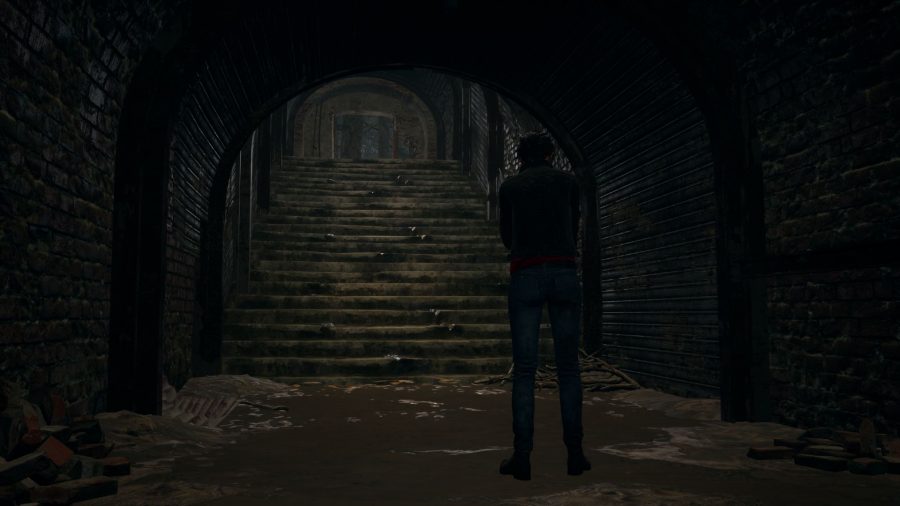 We did note a few significant performance issues while testing. The first we just touched upon above, but appears to be a widespread issue on PC: wonky frametimes. While we were able to squeak out a smooth 40fps with all the settings on max, stuttering was a constant issue and the framerate never felt smooth – even running at lower settings the game would hitch when entering new areas.

Another issue, in the graphics settings menu this time, is that changing the basic quality setting in the main graphics menu leaves a few key options unchanged, resulting in some horrendous differences between low and high presets, especially in the splitcreen sections. In the image below you can see the difference between high and low when changing the menu’s basic preset. 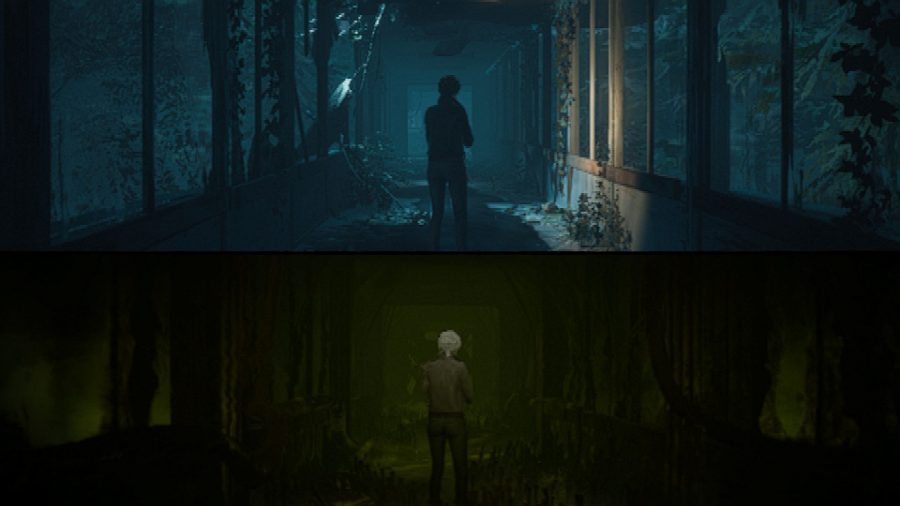 We asked Bloober Team’s tech director Marius Szaflik what might be causing the issue. “We render the two worlds using screen percentage and then upsample,” Szaflik says. “So this gives you that pixelated look. This can be conquered by going into the custom graphics options and setting anti-aliasing to DLSS and everything else to low. This way, the upsampling will use DLSS (assuming you have capable card) instead of a simple bilinear and sharpen combination.”

As Szaflik notes, not everyone will be able to correct this using DLSS, so it’s a pretty significant issue for older cards that will need to. The other part of the problem is that in our experience, the low preset wasn’t changing all of the custom graphics options, so The Medium was still running certain lighting and shading effects on high, but with other features tuned right down. Going into the advanced options and manually turning everything down to low settings fixed the highly pixelated look.

If you’re still on the fence about picking this one up then its spotty PC performance might just be the nail in the coffin for you. Our rig isn’t perfect, but we encountered enough hitching and fps dips to make the experience uncomfortable. The good news is that The Medium is included as part of Game Pass for PC; but if you’d rather buy the game on its own, you can grab it on the Microsoft store now. At least with Game Pass you can see how it performs on your card without committing.