The best mini PC for gaming: the top small gaming PC builds in 2020

The best mini PC for gaming might be an Xbox One S-sized rig containing one of the best graphics cards around, or it might be more of a budget compact PC that provides excellent value for money. There are a range of small form-factor components to choose from, including some from Intel, AMD, and Nvidia, which means creating a great mini gaming PC rig capable of getting you up and running in Minecraft or Call of Duty: Warzone isn’t too difficult these days.

The classic image of a gaming PC is some hulking behemoth of a machine, all frantically spinning fans, blazing rainbow RGB LEDs, and monstrously large graphics cards. But that doesn’t have to be the case anymore with a great small gaming PC – you don’t have to make massive compromises on performance just to lessen your PC’s overall footprint. There are small form factor cases which can still house full-scale components in their TARDIS-like innards.

And sometimes you’ll want a PC that’s not seen and not heard, and thanks to AMD’s Raven Ridge CPU-GPU hybrid platform you can create some incredible mini PC gaming machines. In other words, you don’t always need a pre-built Asus mini PC or Dell mini PC to get a pretty professional compact machine. The actual process of putting the rig together doesn’t differ that greatly to a full-size build, so check out our how to build a gaming PC guide for the basics.

For a mini PC build, component choice is absolutely the most important thing. We’ve picked three different kinds of machine, from a tiny GPU-less Raven Ridge machine, to a pint-sized all-rounder GTX 1660 Super rig, all the way up to a 24-thread mini-monster with an RTX 2080 Super.

The best mini PCs for gaming are:

The best mini PC for gaming is this AMD Ryzen 5 3400G-based system.

The graphical power of AMD’s desktop APUs means you can build a 1080p compact gaming PC that doesn’t need to have a discrete graphics card plugged into it. The current Ryzen 5 3400G has a little extra graphical oomph, offering between a 6 and 17% gaming performance boost compared with the previous Ryzen 5 2400G. We’ve placed this small gaming PC build at the top of the list because it really does the best job at being mini without making too many performance sacrifices.

With this Ryzen 5 3400G build, you get a rig which is capable of topping 50fps on average in GTA V at 1080p on ‘high’ settings. With more modern games you’ll have to drop your resolution down to 720p to get some decent gaming performance. But if you’re just after this as an esports level machine then it will absolutely fly with Overwatch, LoL, and DOTA.

The ultra low-profile Noctua L9a is almost the only AM4 cooler we could have used for this machine because of the limited space available in our compact PC chassis. We’ve paired up this InWin Chopin case with the Gigabyte Aorus B450 I to create the smallest of our gaming rigs. We went for the Chopin as it comes with a built-in 150W PSU, which delivers just enough juice to keep the Ryzen 5 3400G APU running, even with both the CPU and GPU components overclocked.

For storage space we went for an NVMe SSD, primarily because they take up much less space. With the incredibly affordable and super-speedy Addlink S70 SSD you’re getting the best of both worlds. 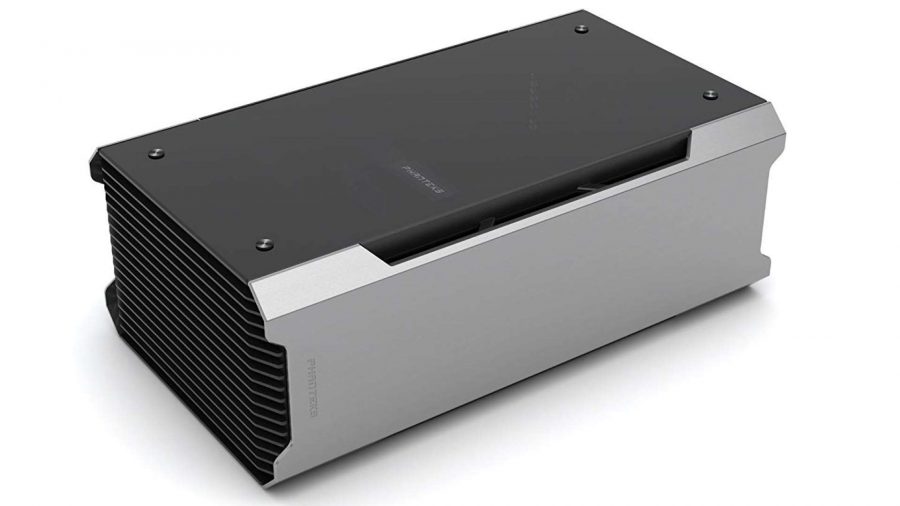 You might be surprised at just what you can fit in a chassis this small, but thanks to the advances in mini-ITX motherboards, high-capacity PSUs in a bitesize package, and the use of intelligent partitioning and ribbon cables, you can squeeze a high-end gaming machine into a mini gaming PC this small. This is the best small gaming PC build for those of you that want a discrete graphics card but still want to keep things cheap and cheerful in a compact PC.

To fit a discrete graphics card in while still keeping the build nice and small we went for Phanteks’ Evolv Shift chassis. The Phanteks case isn’t that much bigger than the InWin chassis, but the performance difference in the two compact PCs we can build out of them is massive. A key difference, however, is that you’re going to need a special SFX power supply as the Evolv Shift doesn’t come with one out-of-the-box.

By opting for an AMD Ryzen 5 3600 CPU (the best gaming CPU by our reckoning) and Nvidia GTX 1660 Super graphics card, you get a pretty mainstream rig capable of playing all the latest games in a tiny chassis for a pretty small cost. These components give the machine twelve threads of processing power as well as some serious 1440p gaming chops. And with a 1080p screen you can play all the latest games at pretty much the highest settings without batting an eyelid. At 60 frames per second. 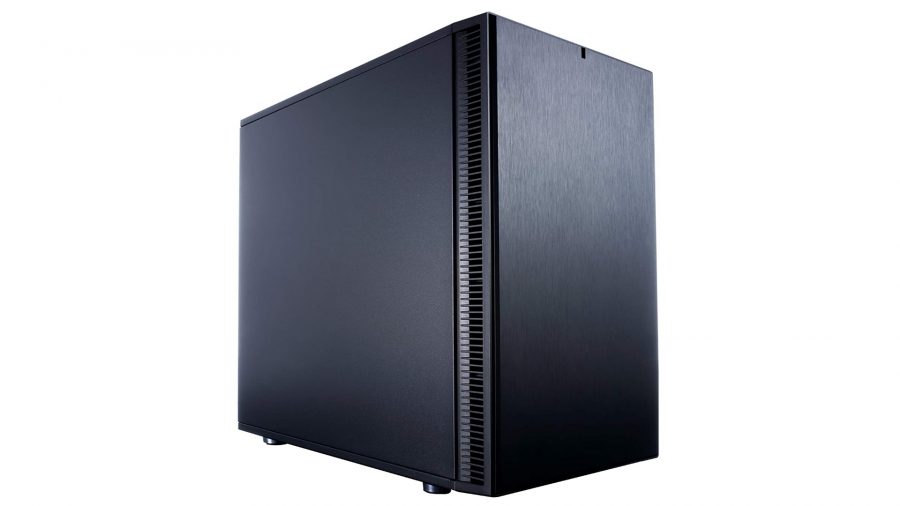 The fastest mini PC for gaming is this AMD Ryzen 9 3900X- and Nvidia RTX 2080 Super-based system.

If you’re not desperate to squeeze a mini gaming PC into a shoebox, and are prepared for a little heft without the full ATX tower aesthetic, then for a chassis the lovely NZXT H200i or slightly larger Fractal Design Mini C will be perfect.

Since we’re using a mini-ITX case we can use the same AMD motherboard for this compact PC that we have for the other three small gaming PC builds. We’re also using the same model of SSD, but this time with 1TB capacity instead of 512GB – the Addlink S70 1TB, which we reckon is the best SSD for gaming. The Fractal case will also take the larger micro-ATX motherboards, but because there are precious few mATX X470 boards around, we’re upgrading to an Asus Strix X470-I board. This will mean we can make the step up to an X470 board and a 24-thread Ryzen 9 3900X processor, and actually take advantage of it when combined with one of the best graphics cards for gaming: the Nvidia RTX 2080 Super.

That will give us a super-powerful mini PC for gaming and productivity that’s around $1,000 less than you’d spend on an equivalent Intel machine. But the real benefit of both these cases is that (motherboard aside) you can use standard scale PC components throughout. That means you can go for a full-size power supply, beefy graphics card, and more serious cooling. You can drop in a monstrous air-cooler or even a 120mm liquid chip chiller should you so desire. The excellent Fractal Design case will even allow for a 280mm Corsair H115i cooler to get all up in its front grill.

Here’s our handy video guide on buying components for a mini gaming PC. And if you’re worried about the building process, check out PCGamesN’s full PC building guide to help settle your nerves. 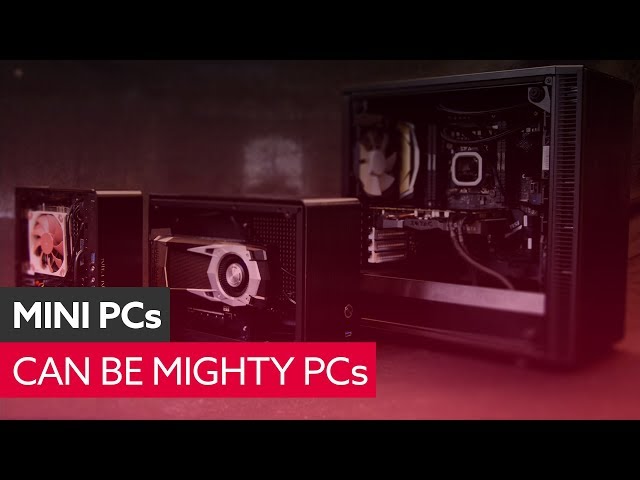 There are more options for a small form factor PC build than there have ever been, thanks to both motherboard manufacturers embracing the mini-ITX form factor, and processor makers, such as AMD, taking graphics power seriously.

The most important thing is to ensure the case you buy will fit the components you want to cram into it. Check your graphics card measurements against the length of the case, and the distance from the PCIe slot to the backplate and front of the case. Go for smaller components wherever possible, such as by opting for an M.2. NVMe SSD instead of a SATA-connected SSD or HDD.

A Spoiler-Free Overview Of The Last Of Us Part II

PS5 conference could be happening next week

PS5 conference could be happening next week