Sennheiser is revisiting its GSP gaming headset lineup once again. In fitting with the general theme of 2019, the respected audio brand is taking the shell we’re now very familiar with from the GSP 500, GSP 550, and GSP 600 headsets and lopping the wires clean off to create the Sennheiser GSP 670 wireless gaming headset… and none too soon.

I’ve always been a bit sceptical to the thought of completely overhauling my rig with wireless accessories. It’s not that I’m worried about the quality dipping or anything negatively experiential like that – a good part of wireless technology nowadays is decent enough to placate my wants and needs when it comes to gaming – it’s more that it’s another device, with finite battery life, to worry about.

A few devices have convinced me otherwise, however. Some long-life gaming mice, for example. But if there was one peripheral that I want, nay demand, be wireless without fail: it’s a gaming headset. A wireless set is truly freeing. No more untangling bulky braided cables and you can say sayonara to violently whipping your headset off as you reach for your phone or scoot your gaming chair a foot to the left.

With Sennheiser’s pedigree in the audio business, the arrival of the GSP 670 peaked my interest. We’ve reviewed its wired counterpart, the GSP 600, in the past, and also the open-backed wired variant, the GSP 500. The latter definitely won our hearts with its natural and softer tone, but closed-back tends to get the most love in the gaming sphere at the moment so it’s to be expected that it’s first to receive wireless treatment – not to mention you’ve got to squeeze a battery inside the headset somewhere.

The closed-back sound of the GSP 670 is not all that dissimilar to its wired variant. It’s one of the few gaming headsets that refuses to blowout bass, and offers a wide, rich sound with surprisingly expansive imaging for a headset that has been designed to such great lengths to keep sound contained within. With a focus tonally in the high frequencies, it can, however, come across piercingly sharp at times – the Senny style perhaps compounded by the isolated earcup design.

On that note, noise isolation is superb. From its clamping headband design to its leatherette-edged earcups, the GSP 670 is all-encompassing and totally engrossing. Little noise leaks in, even in our bustling office. Perhaps to a fault when paired with Sennheiser’s characteristic high frequency focus, which can become harsh and a little edgy when listening to music. It’s less noticeable in-game, however, especially if music is a light touch.

It’s not that the GSP 670 is inherently bad for its divergence from the usual gaming headset sound – far from it. It’s simply a far colder profile than many might be used to from popular gaming brands on the market today, and its largely flat, accurate, and detailed audio is well-suited to enjoying both music and gaming, which can be seldom said for many others.

You can also tweak the sound profile yourself via the Sennheiser Gaming Suite – available for Windows 10 only. Through the smart, well-to-do app you’re able to adjust the EQ, noise gate, gain, side tone, and noise cancellation, along with easy updates to both device and dongle. Software-based 7.1 surround is also just a toggle away in-app or the ‘smart button’ if configured to do so. 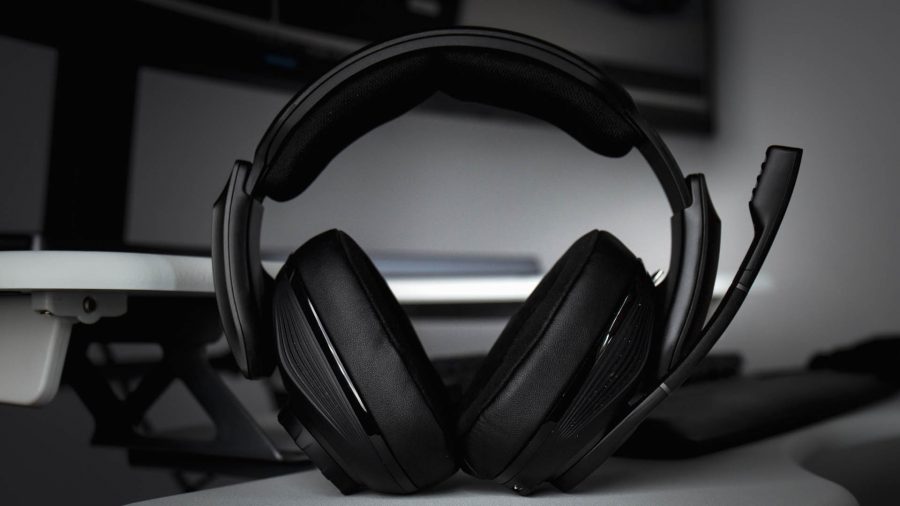 And the 7.1 surround sound is one of the better implementations going. It adds some depth without losing too much from the game audio, helped along by discrete reverb levels in-app. And while we’re on the subject, it helps to be heard by your teammates, too. Luckily, the boomarm microphone on the left-side of the GSP 670 is one of the finer microphones on the market, and is suited to even moderately noisy environments thanks to fairly aggressive noise-cancelling.

The GSP 670’s frame is nigh-on identical to its predecessors. It’s weighty, sure, but highly adjustable. I’ve found this headset goes from uncomfortable to secure and snug with only a little tweaking across its granular build. But I could never quite mitigate this headset’s overall weight, even if Sennheiser has managed to keep the wireless model to very nearly the same as the wired GSP 600 – at 398g to 395g.

But there’s still the aforementioned matter of battery life, and perhaps some of that weight-saving has come at the expense of a larger battery. The GSP 670 is capable of 16-20 hours according to Sennheiser, which should mean a couple of days of mid- to heavy-use gaming. But at that rate, and due to its lack of a removable dual-battery solution, the GSP 670 is definitely a headset you’ll want to get in the habit of charging when not in use. 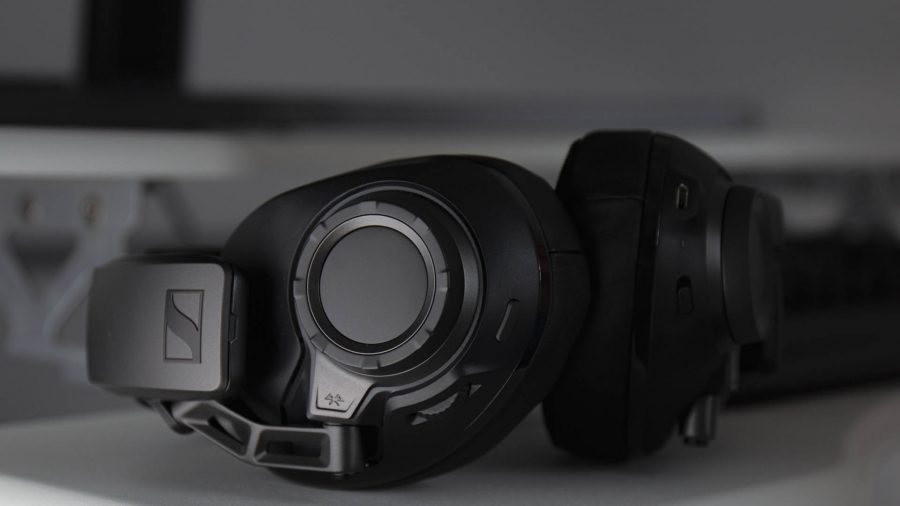 With dual-connectivity, both wireless via a direct dongle and Bluetooth, the GSP 670 is widely compatible with many devices beyond the PC. You should, however, prioritise the USB dongle for the best connection. Range via the dongle is solid, too. Rated at 10 metres, I’ve experienced no connectivity issues with the dongle plugged into the rear I/O of my machine walking around the PCGN office within the given radius.

As an entire package then, the GSP 670 offers quality that is second to none, and audio fidelity like no other. It is, after all, the only place you’ll be able to get your hands on the Senny sound in a wireless gaming design. But while there’s a lot to love – and there is a lot, this headset is huge – the GSP 670 needs some work to really nail the wireless formula down and bring the absolute best of Sennheiser’s sound to the cable-free gaming world. Most of all, it’s hard to imagine a price premium for wireless as great as the GSP 670’s remaining acceptable in the busy and changing gaming headset market for long.

Sennheiser never fail to impress. But with only a moderate battery life and an exceptionally high price tag, the GSP 670 will likely appeal most of all to niche players pining for both its signature sound and wireless connectivity.

Windows 11: The Best Windows Ever for Gaming