ESTNN breaks down the most disappointing change in Fortnite’s latest season.

Fortnite Chapter 2 – Season 4 Nexus War is in full swing after releasing less than a week ago. Despite its convoluted name, this latest Marvel-themed season brought a slew of popular comic book characters crashing into Fortnite’s expansive world. With the new season, Fortnite developer Epic Games switched up the loot pool. Item and weapon adjustments typically take place with each passing season.

Epic brought back some fan-favorite items like the Pump Shotgun, Combat Shotgun, Shockwave Grenades and Bouncers. Regardless of the positives, Fortnite: Battle Royale suffered one massive loss that the community cannot comprehend. That loss came in the form of the lower chest spawn rate, which added to the already random nature surrounding Fortnite.

As a pub match player, even I have experienced the struggle with Epic Games’ latest seemingly unnecessary change to Fortnite. Even the most popular points of interest (POIs) like Misty Meadows and Lazy Lake lack reliable chest spawns. Before, players could design their loot path, which would guarantee them a specific number of chests.

Those chests would provide players with a variety of weapons, shield and items to choose. The chest spawn rate reduction has wholly thrown a wrench into any Fortnite player’s game plan. That is because Epic reduced chest spawns from 100% to between 50 and 70%. Unfortunately, the developers did not acknowledge this adjustment, and we have no patch notes to reference. However, it’s worth examining the negatives that come with a lower chest spawn rate in Fortnite.

With fewer chests, 50/50 fights off the spawn are much more volatile. If two players were to contest the same drop, the chest they are competing for might not even be there. In some cases, one building will have two chests to loot. What happens when two players drop Misty Meadows on the same house and only one chest spawns. That scenario would immediately flip the script and lend a considerable advantage to the player lucky enough to find a chest. Players will now have to rely on the floor loot off a contested spawn. There is no assurance that a player’s loot path is reliable in Chapter 2 – Season 4. 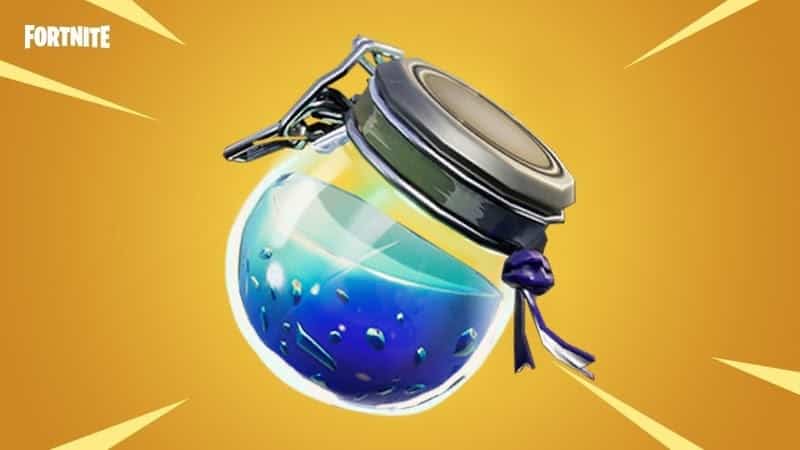 Shields are one of the core necessities in Fortnite: Battle Royale. A player without any shield in Fortnite has no hopes of survival. Fewer chests inherently mean that players do not have access to as many healing items. Shield Potions, Mini Shield Potions, Medkits and Chug Splashes seem much more challenging to come across this season. A decreased chance of looting shield creates an almost unwinnable situation, especially in contested spawn fights. Let’s not forget that Epic Games also decreased the spawn frequency of Ice Boxes, typically containing Slurpfish and Floppers. In general, there are less guaranteed healing options unless a player relies on fishing.

More RNG Than Ever Before RNG, or random number generator, is a term thrown around often in competitive Fortnite. An example of good RNG would be a player dropping on a house with two chests and receiving a Legendary Assault Rifle and Legendary Pump Shotgun. Bad RNG would be the exact opposite of that, perhaps an Uncommon Pistol and Rare Suppressed Submachine Gun. Fewer chests in Fortnite increase the RNG factor.

There is no telling how any given spawn fight will play out or what items will drop out of chests. Fortnite’s upcoming competitive season will be a sight to see, considering that trios will take center stage in the forthcoming FNCS. It’s worth wondering how the season will play out with such a massive change to Fortnite. Professional players have already come out droves, as they usually do, to combat Epic Games’ decision to decrease chest spawn rates. One of the most recognizable players even alleges that the developers decreased chest spawn rates to discourage players from splitting POI loot.

Players Respond to the Change

Fortnite World Cup Champion Kyle “Bugha” Giersdorf was just one of many players to critique this crucial change by Epic Games. He helped conjure the belief that the developers change spawn rates due to POI splitting in tournaments. For those without context, some players have an unspoken agreement to loot a POI with a pre-designed loot path and not engage one another in a fight.

Top European player Benjy “benjyfishy” Fish of the NRG organization also joined the campaign to bring back 100% chest spawn rates. A player, even at the caliber of a benjyfishy, could see struggles with this change. There’s only so much a player can do with a Pistol, Bandages and a Burst Assault Rifle. The only way for Epic to rectify this issue is to walk it back.

The question is, will Epic Games revert the change? There is no clear answer. Occasionally, Epic will listen to and acknowledge communal outcry. Although it took a while, mech suits back in Season X eventually received a sizable nerf before the developers removed them altogether. More recently, Epic vaulted Choppas from Arena Mode and have been wary about Grenades in competitive play. Hopefully, the developers understand how critical the chest spawns both in a competitive and casual sense. Reverting the chest spawn percentage is one of the only ways to level out the competitive playing field.