And that means it’s capable of delivering the highest potential performance the Iris Pro silicon can offer. Which in turn means the gaming performance of the latest generation of Intel processor graphics is… only really likely to make this year’s 10nm Tiger Lake chips look good.

Though compared with previous generations of Intel processor graphics Ice Lake does mark a big leap in GPU performance, and likewise a pretty sizeable jump in gaming prowess, it’s still not going to make you forget your desktop rig. It is possible to play games on this top Ice Lake chip, but you’re going to have to be very selective over both your resolution and in-game settings. And likely game choice too…

But this version of the Razer Blade Stealth 13 has not been sold as a gaming laptop, that’s the one with the GTX moniker. That version sits pretty with an Nvidia GTX 1650 humming away inside its svelte alumin(i)um exterior, and provides genuinely impressive gaming performance considering the scale of the machine. We’ve called it the first true gaming ultrabook and we’re sticking to that.

The 25W Ice Lake Blade Stealth 13, however, is very much a standard ultrabook. That means it’s small, thin, light, and delivers more in the way of productivity performance than gaming.

But that’s not to say you couldn’t happily play Civ VI or Football Manager for a couple of hours, because the Iris Plus graphics has still got a little bit about it when it comes to flinging game frames about. Just not enough to really do any justice to a modern FPS at 1080p.

That’s the promise of this year’s Tiger Lake laptops with their Intel Xe graphics silicon; an integrated GPU we’re promised will deliver 1080p gaming performance at decent frame rates. Though the DG1 version of the Xe GPU has so far only shown us that it can hit 30fps in Warframe on low settings and dance with Destiny 2 on unspecified game settings on resolution.

But let’s get back to the Ice Lake-powered Razer Blade Stealth 13 – the Core i7 1065G7 CPU is a quad-core CPU, with eight threads of 10nm Intel processing power and 64 execution units of Intel Gen11 graphics power. The base clock of 1.3GHz might initially seem pretty low, but this is the mobile world where power efficiency is king, and its 3.9GHz max turbo clock speed is what really counts. 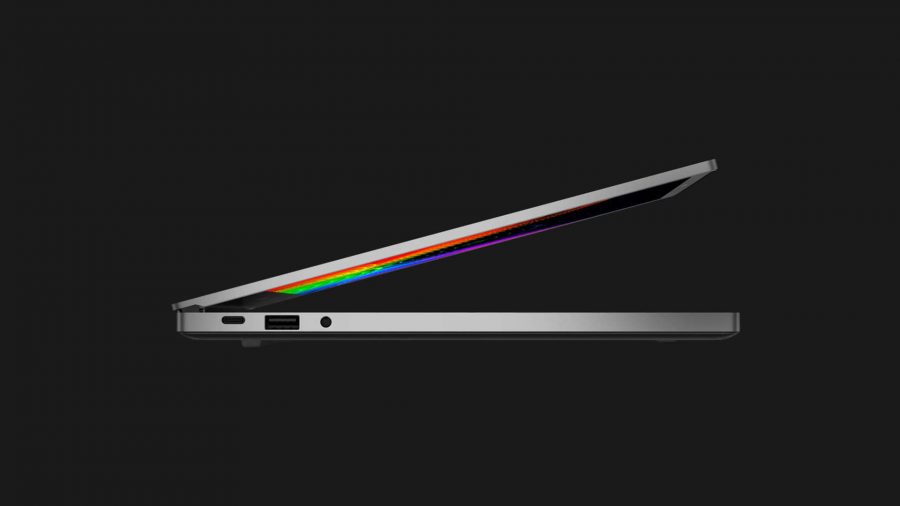 The 25W implementation of the top Ice Lake processor means it’s more capable of sticking to its peak clock speed for longer than the 15W versions we’ve seen before. That means this iteration of the Razer Blade Stealth 13 can nail productivity tasks quicker and more efficiently than other Ice Lake machines, even its GTX-powered sibling.

You can see that in the relative CPU benchmarks of the two machines. Both have the same chassis and cooling system, making it obvious just what the extra 25W cTDP can offer in the Razer design. Though Dell’s own system optimisations have somehow made sure that in raw CPU performance the lower relative cTDP hasn’t had any adverse impact.

But that Razer chassis… the Razer Blade Stealth 13 is a very pretty little laptop and this Mercury White offering has a very definite MacBook-a-like aesthetic. For some reason I can’t quite fathom I’m strangely taken by the incredibly sharp edges of the Blade Stealth, particularly the base around the keyboard. It digs into my wrists in a way that’s making me wonder whether I’m actually getting a kick out of the pain… maybe I need to talk to someone about that.

The vast swathe of trackpad below the backlit keyboard is responsive and has a clearly defined click to its actuation. There’s little worse than a flaccid trackpad click. Razer has also dropped four upfiring speakers into the unibody alumin(i)um chassis, either side of the keyboard, to deliver some impressively loud audio. Though, inevitably, the sound lacks bass, as you would expect from a few wee speakers jammed into such a slimline chassis.

The battery life is pretty decent, delivering two hours and 20 minutes of solid gaming time with the GPU running at full tilt, and can knock up to around 10 hours of light browsing and productivity shenanigans, though probably only with the glorious screen dulled and the RGB backlit keyboard on a less showy setting.

That’s more than the Project Athena Dell XPS 13 2-in-1 we’ve been playing with, though only twenty minutes longer to be fair.

As with the other Blade machines I’ve tested the panel is beautiful. The matte 13.3-inch 1080p screen is crisp, clear, and bright. The colour reproduction is excellent with the panel comfortably nailing 100% of the sRGB spectrum. When a 1080p display is shrunk down to 13.3-inches the dot pitch gets smaller than most other full HD screens you’ll see, and that only adds to the sharpness of the panel. 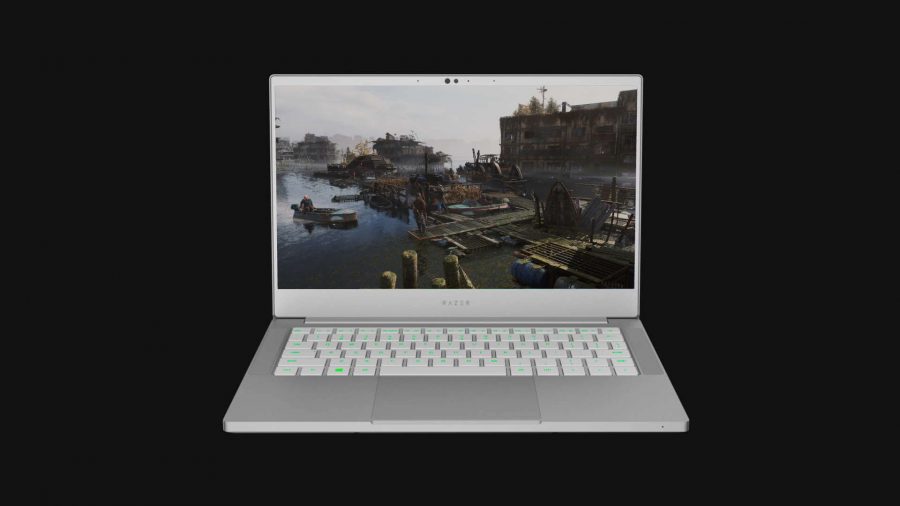 It really is a fantastic laptop. It might not be a serious gaming machine, but if you wanted a serious notebook to work on the Razer Blade Stealth 13 is hard to look past… if you’ve not used a Dell XPS 13, that is. The latest Project Athena-based XPS 13, itself with a 15W version of the Ice Lake CPU, is a stunner.

Some Dell system optimisations mean that the lower TDP chip in the XPS 2-in-1 is still able to sit around its peak frequencies for almost the same amount of time as the Blade. The comparative Cinebench performance is hugely impressive with a rock-solid 3.5GHz clock speed. That doesn’t necessarily translate to the longer x264 encoding test which saw the Dell chip knocked way back and crashed out before the end of the benchmark. There’s also not much between them in terms of gaming performance either, despite the Razer having the 25W version of Ice Lake.

But in this laptop tier straight power is not necessarily the most important thing. Battery life and the sheer notebook aesthetic are key – and on that front Dell and Razer are in a 1v1 deathmatch. And, honestly, I love both of them, though if pushed I think I’d maybe just favour the XPS… but only just.

The Mercury White Stealth is a beautiful machine, with impressive performance and a high-end specs list. It’s no gaming laptop, but there is enough GPU grunt to deliver low-end gaming on the go, but with all the benefits of a genuine ultrabook aesthetic.