I’m an absolute sucker for a good-looking laptop, and Razer genuinely make some of the most beautiful mobile gaming PCs you can buy. Seriously, just look at that sleek little slab of advanced gaming goodness. Mmmm. For all that we like an Asus or Alienware machine – and both companies have been smartly restrained in their designs over recent times – the understated simplicity of Razer’s Blade notebooks really sets them apart. They’re like MacBooks for actual human beings and not pretentious turtlenecks with legs.

And Razer has gotten pretty damned good at squeezing a hell of a lot of performance into an ever-shrinking chassis. It’s recently announced the Razer Blade Stealth 13 with a dedicated GTX 1650 GPU inside it and this svelte 15-inch design packs some of the most advanced, high-performance gaming silicon you can buy.

That’s not to say this is a machine without compromise… if you want to get a powerful graphics card into a laptop with an almost ultrabook aesthetic you’re going to have to be willing to make a sacrifice in straight line gaming performance.

The version of the Razer Blade 15 we’ve been testing is one with the last generation of Intel’s mobile processors, the six-core, 12-thread Core i7 8750H. But in a world where Intel hasn’t really changed its core architecture for generation after generation you’re not really missing out not having a 9000-series chip.

There’s also 16GB of speedy 2,667MHz DDR4 memory, a 512GB NVMe SSD, a 15.6-inch 1080p screen with a slick 144Hz refresh rate, and, of course, per-key RGB backlighting on the chiclet keyboard too. But the real star of this slimline gaming machine has to be the Nvidia RTX 2080 Max-Q design graphics card.

Inevitably the Max-Q design is going to instantly rein in the gaming performance of the GPU itself because it’s having to manage the voltage and frequency of the silicon in order to keep it cool enough to not melt through the black brushed metal chassis, but at a level that is still going to deliver a decent frame rate.

Nvidia’s RTX 2080 Max-Q design features a range of base and boost clocks, from 735 – 1,380MHz at the bottom and a peak frequency range of 1,095 – 1,590MHz. While the Razer implementation doesn’t allow it to sit at the top of those numbers it’s a long way from the bottom. During our testing we were seeing the GPU bouncing between 1,320 and 1,425MHz under gaming loads.

That will also, obviously, affect your ray tracing performance. If you were hoping for it to be the most powerful mobile ray tracer around, then you might be a little disappointed… 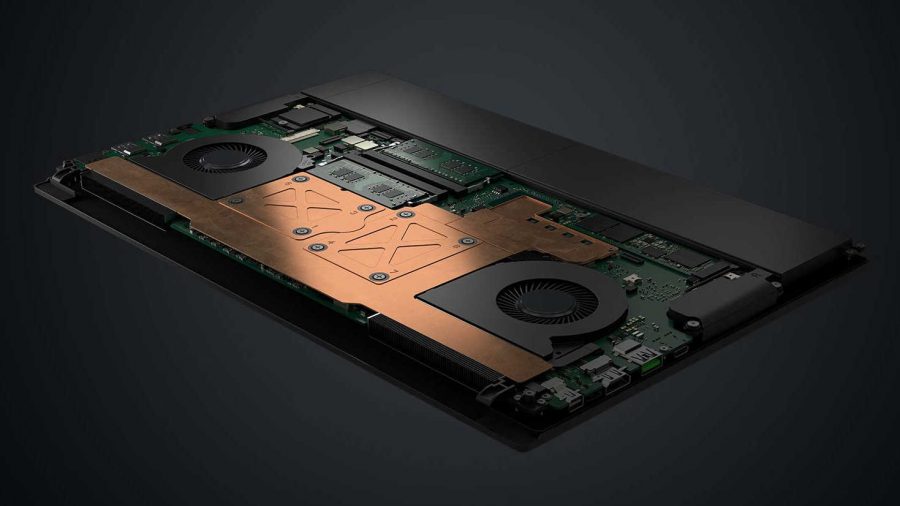 In terms of actual performance then it is a compromise. And that’s most ably demonstrated by putting it up against the straight RTX 2070 GPU that’s powering the impressive Asus ROG STRIX Scar II laptop. It’s only in Metro Exodus that the RTX 2080 Max-Q card holds sway, and only then by a few frames per second. In 3DMark and Far Cry: New Dawn it’s noticeably behind, and that goes for its real-time ray tracing performance too.

It’s a mixed bag going up against the Alienware m17, however, where the same GPU is delivering slightly lower performance in the Razer chassis. Though we are talking about a machine that’s not far off a grand more.

But it’s not just the graphics card that has to be heavily managed in order to survive being packed into this 2.1kg package; the processor has to work within itself to keep ticking over too. While the Razer Blade 15 listing shows the Core i7 8750H operating with a boost clock of 4.1GHz you’ll only hit that peak in purely single threaded workloads. When all six cores are being loaded then we were seeing clock speeds bouncing between 2.8GHz and 3.1GHz.

The CPU gets mighty hot too; when thrashing every one of its threads with an image render the chip tops out at 100°C, which explains why it’s so far behind the exact same Intel CPU used in the Asus machine. That goes up to 95°C, but also clocks far higher under load too.

But straight line performance isn’t what the Razer Blade 15 is about. If it was you’d be looking at a far chunkier, heavier machine, and you’d be losing some of the style and portability that this design offers. It’s about having a slim gaming laptop with a smart, clean aesthetic and one that doesn’t force you to compromise that much.

Sure, you aren’t getting the performance that either the CPU or GPU are theoretically capable of, but they’re running at the limits of what the chassis and cooling allows. And that’s still pretty damned fast. 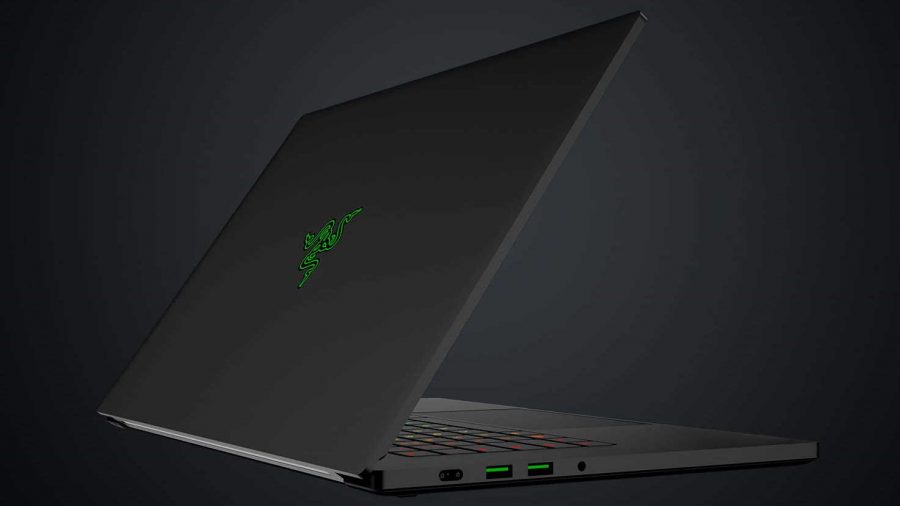 You are, of course, paying for the privilege. Razer’s Blade laptops don’t come cheap, but then no gaming laptop does. And it is beautifully built too, from the unibody aluminium chassis, to the responsive keyboard, and the excellent, broad trackpad.

The Asus ROG STRIX Scar II will deliver better performance in a less expensive, but still relatively svelte chassis, but just lacks the Blade’s style. You’d absolutely be happy gaming on the Asus machine, but you’d always be thinking of the Razer…

You may not be getting the full RTX 2080 experience, or even everything Intel’s six-core CPU has to offer, but the real-world performance compromises are small and the design achingly beautiful.