Ranking Every Game In The Super Mario Series

With the Super Mario series celebrating its 35th anniversary, Nintendo has been particularly nostalgic, announcing Super Mario 3D All-Stars, as well as other Super Mario-related announcements and merchandise to help ring in the major milestone for its flagship franchise.

In the first 35 years of the Super Mario series, Mario and his friends appeared in hundreds of titles, but in the core “Super Mario” series, the plumber was present in just under 20 titles. Since Super Mario Maker and Super Mario Maker 2 are such a unique experiences that are more along the lines of a creation toolset than an actual game, we decided to leave them off of the list.

Even so, the Super Mario series doesn’t have a bad entry to date, so this list proved difficult to put together in an order we all felt comfortable with. In 2018, we ranked the top 300 games of all time in our 300th issue. While that list was more about ranking games in terms of quality, importance to the industry, and cultural relevance, this list is just about our favorite games.

If you’d like to learn more about the history of the Super Mario series, check out our Making Mario feature, where we talk to those responsible for the creation of the franchise.

Check out our rankings of the first 19 Super Mario games and let us know your thoughts in the comments below!

Despite the name, New Super Mario Bros. 2 on 3DS was actually the third entry in Mario’s return to his 2D roots. While the game relied on the tried-and-true mechanics and introduced a fun side mission of collecting as many coins over the course of multiple playthroughs as possible, the level design doesn’t quite stand up to that of the series’ stronger titles. 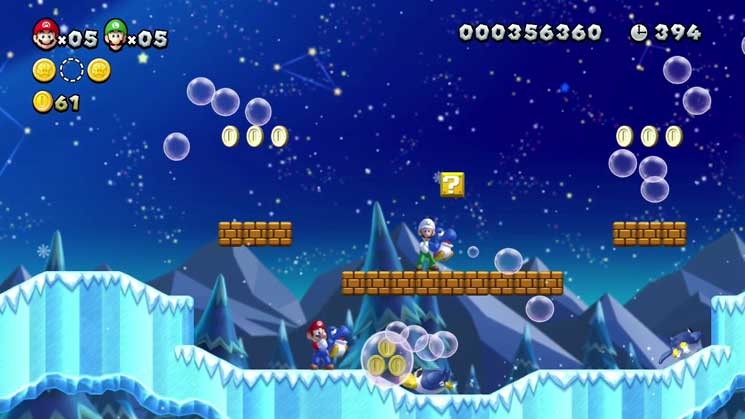 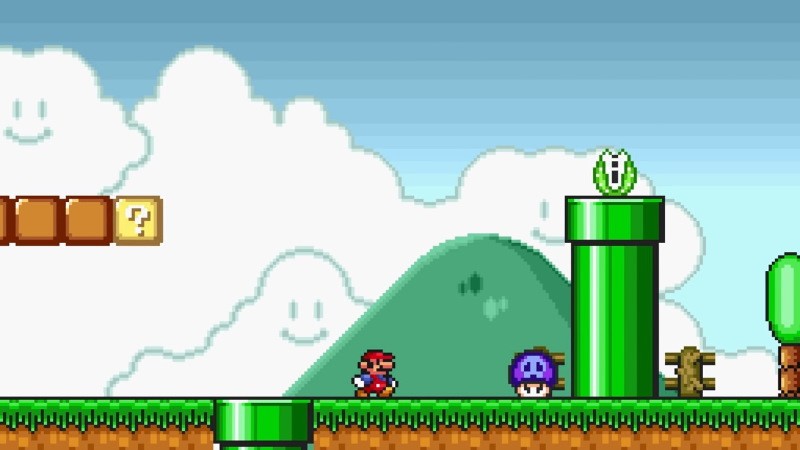 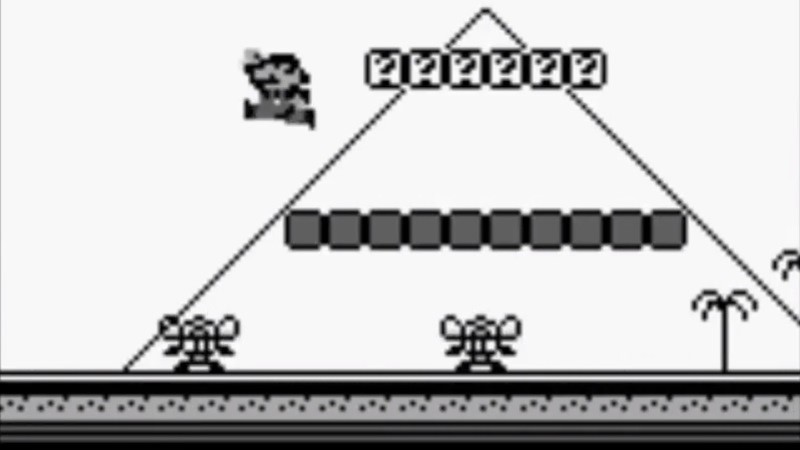 The first handheld Mario adventure was a strong experience, but due to the technology of the Game Boy, it ended up being an extremely short romp through an unfamiliar world. The graphics aren’t anywhere near as good as Mario’s console releases, but Super Mario Land more than makes up for that with its portability and uniqueness. Still, it was an important step for the series, as well as the Game Boy handheld itself. 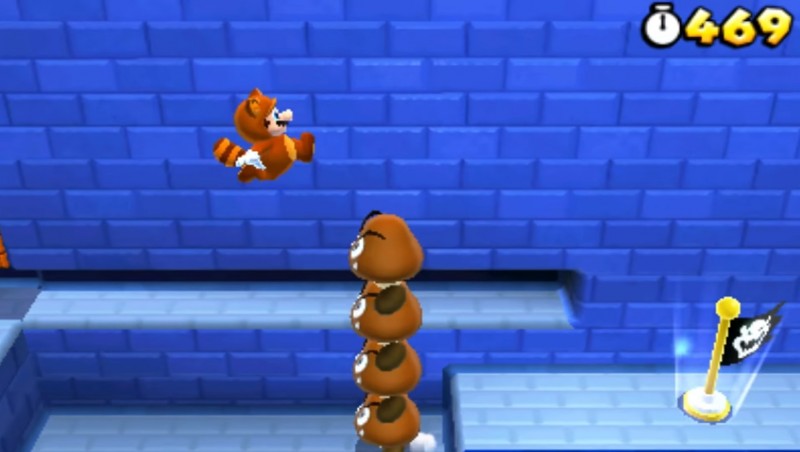 Sure, DS owners could play an enhanced version of Super Mario 64, but Super Mario 3D Land served as the first original 3D adventure for Mario on handhelds. The game paid homage to several games in the past – most notably Super Mario Bros. 3 – through its level design, musical cues, and power-ups. In addition, Super Mario 3D Land leveraged the glasses-free 3D capabilities of the 3DS to deliver some very cool depth-of-vision puzzles that wouldn’t be possible anywhere else. 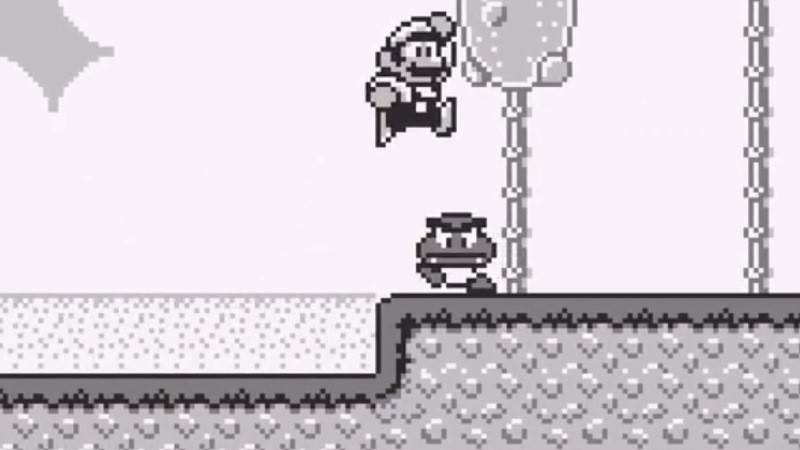 The follow-up to Mario’s original handheld release upped the ante in many ways. In addition to being exponentially larger than Super Mario Land, 6 Golden Coins introduced the world to Wario, who would eventually become a mainstay of the spin-off franchises like Mario Kart, Super Smash Bros., and Mario Party. Wario proved so popular that he was given the spotlight for the Super Mario Land 2 sequel, subtitled Wario Land, which acted as the starting point for his own series. 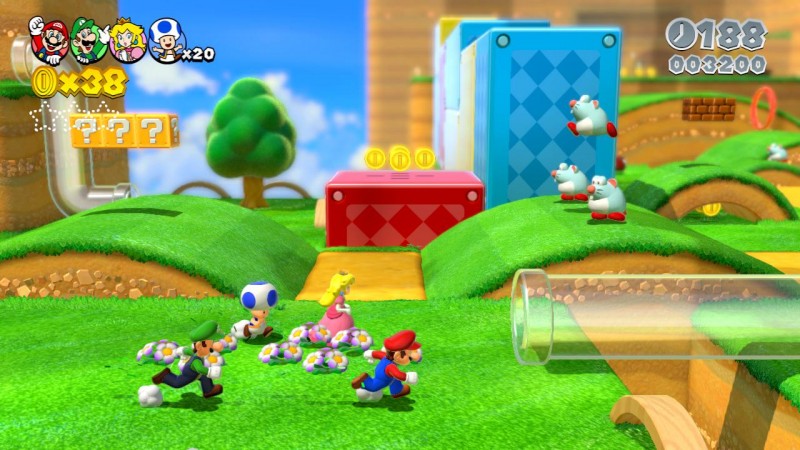 Following the success of Super Mario 3D Land on 3DS, Nintendo released a more ambitious game using similar mechanics, more power-ups, and enhanced level design for the Wii U. Super Mario 3D World also carried over the cooperative gameplay of the console releases of the New Super Mario Bros. series, making it the first 3D Mario to feature true co-op. To this day, Super Mario 3D World remains one of the strongest releases in the Wii U’s library.

After Super Mario 64 introduced Mario to the 3D platforming genre in such grand fashion, it was a tall order for Nintendo to live up to that release. While Super Mario Sunshine on GameCube was imaginative, colorful, and cleverly designed, many rejected the F.L.U.D.D. mechanics as too different from what fans want from the Super Mario series. Because of this, Super Mario Sunshine might be the most divisive entry in series history. 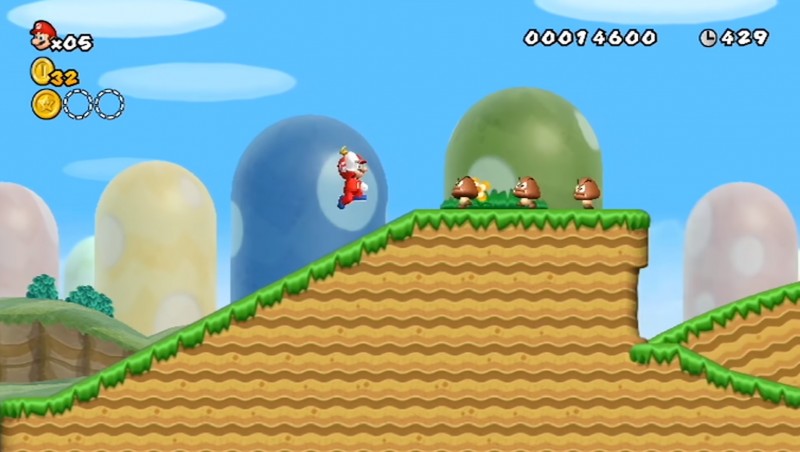 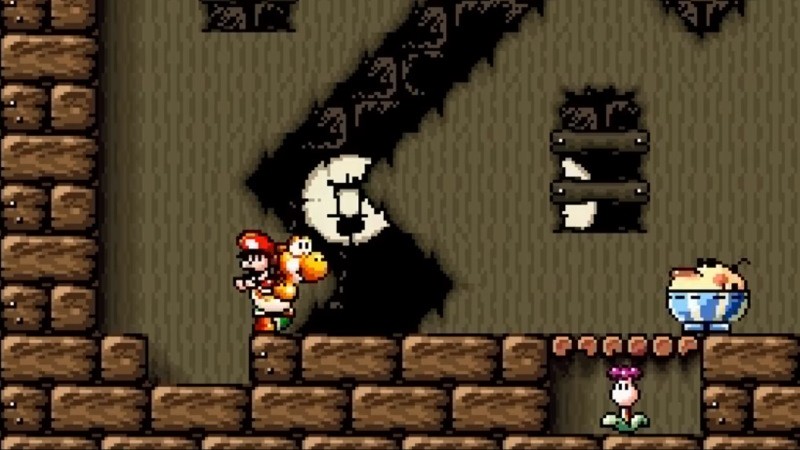 Super Mario World was a tremendous success for the Super NES when it released in 1991, so nobody expected its sequel to change things up so much. Yoshi’s Island puts players in control of Yoshi as he escorts Baby Mario in order to save Baby Luigi from Baby Bowser. The game capitalized on the sudden popularity of new character Yoshi, and acted as a launching point for Yoshi’s own spin-off series. 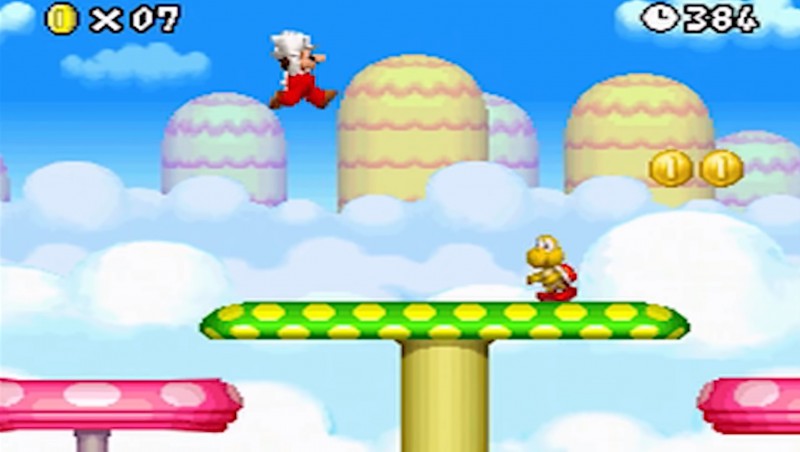 Following two successful 3D games in the series in Super Mario 64 and Super Mario Sunshine, Nintendo returned the franchise to its 2D roots. The result was New Super Mario Bros., the first 2D entry in the series since 1995’s Yoshi’s Island, and the first original handheld adventure since 1992’s Super Mario Land 2. In addition to bringing the excellent level design of past 2D games, New Super Mario Bros. also implemented cool new power-ups including the mega mushroom, which allows Mario to grow to unprecedented sizes and destroy everything in his path without breaking a sweat. 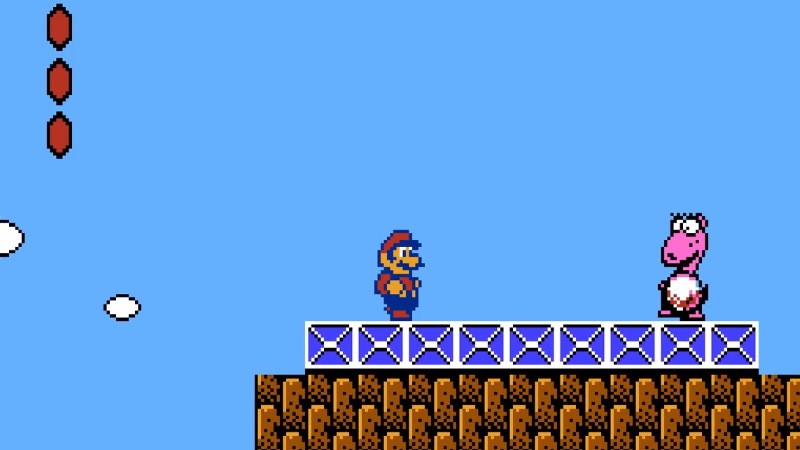 Rather than bringing the original Super Mario Bros. sequel to the NES in the United States, Nintendo opted to modify a Japanese game called Yume Kōjō: Doki Doki Panic and rebrand it as a Super Mario Bros. game. Super Mario Bros. 2 was vastly different from its predecessor, but thanks to the catchy music, fun levels, and interesting new mechanics, it was another hit for Nintendo. The game also marked the first time that Princess Toadstool and Toad were playable in the series, and introduced multiple new characters that would go on to become series mainstays including Shy Guy and Bob-omb. 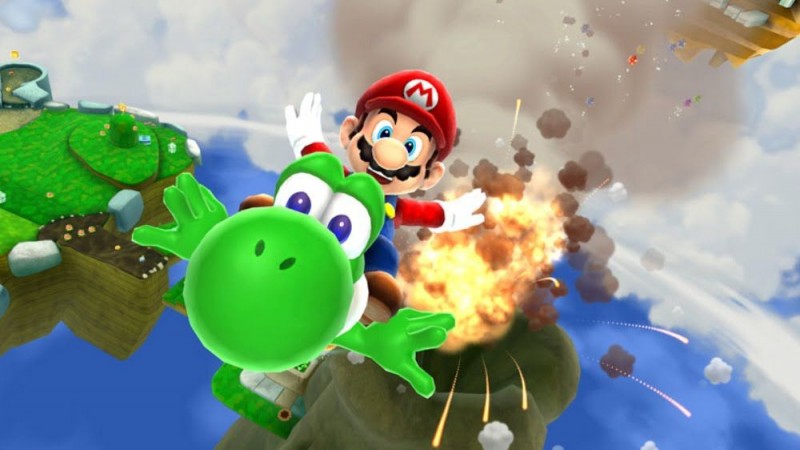 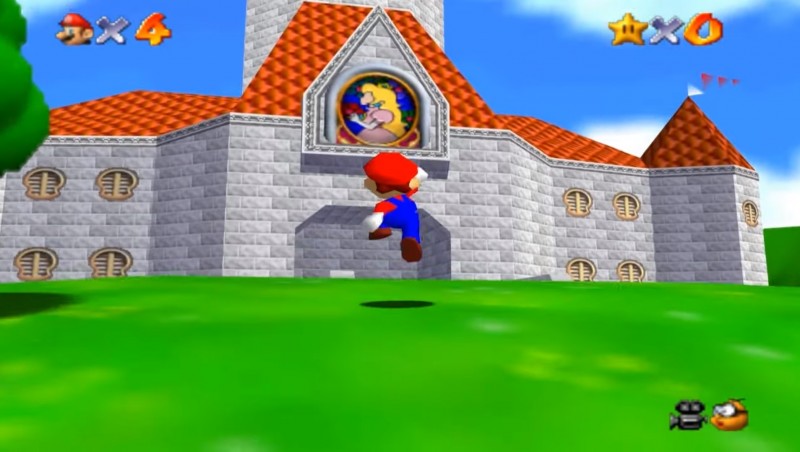 The leap ahead to the Nintendo 64 dawned a new age for the Super Mario franchise. Super Mario 64 was a turning point as it kicked off the plumber’s 3D lineage. Not only did Nintendo nail its first 3D attempt with the series, but it set forth a blueprint that most 3D games would follow for years to come. Open-ended stages, a revolutionary camera system, and tight gameplay that make Mario a blast to control are just the beginning of what makes Super Mario 64 so special. With pulse-pounding boss battles that pay homage to King Koopa battles of past games, the impossible-to-ignore desire to collect all 120 stars, and absolutely stunning graphics for the time, Super Mario 64 was groundbreaking not only for the Super Mario series, but for the industry as a whole. 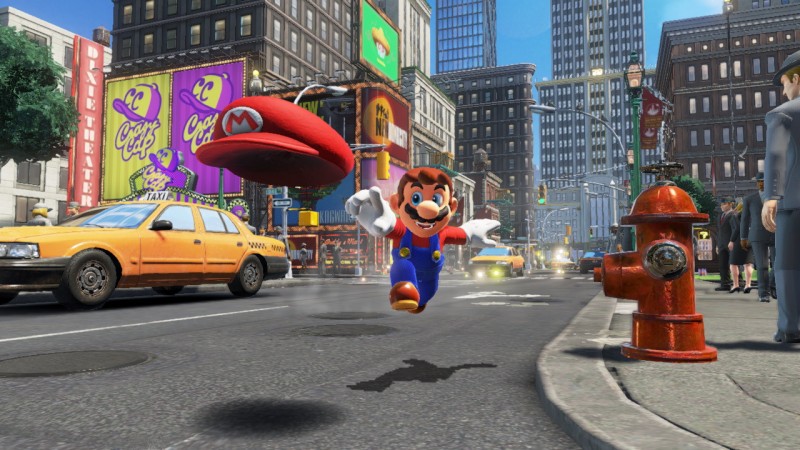 As Nintendo began charting a new direction for itself, so too did its mascot. Super Mario Odyssey took much of the familiar formula of Super Mario 64 and expanded on it in fun and unique ways. The addition of Cappy, a special hat Mario can throw to control enemies and inanimate objects, added distinct layers and myriad new ways to play within this long-running franchise. Mario’s debut on Switch was a resounding success, delivering delight after delight as we discovered new and exciting secrets every time we jumped into the vast worlds of Super Mario Odyssey. 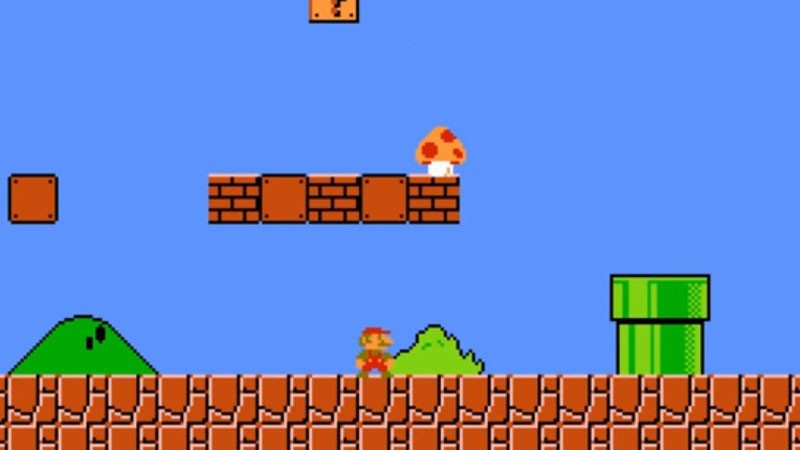 The one that started it all remains one of the strongest entries. A small team led by Shigeru Miyamoto and Takashi Tezuka created what remains one of the gold standards the video game industry. The game was spawned from a desire the two directors had to create a game that featured a larger hero that traveled through colorful environments in land, sky, and sea settings. The idea resonated with video game fans, and the most iconic franchise in the industry was born. More than that, Super Mario Bros. played a large role in solidifying the video game industry as more than just a passing fad following the North American industry crash in the early 1980s. 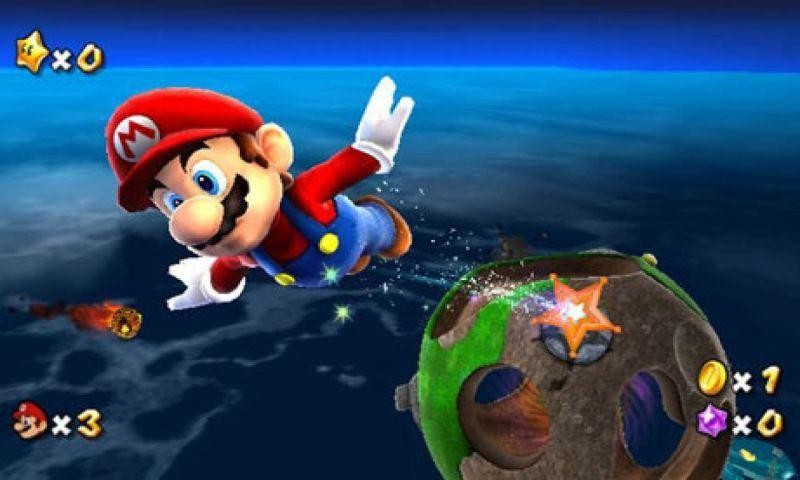 Inspired by a GameCube tech demo from 2000, Super Mario Galaxy took Mario and friends to outer space, implementing interesting new mechanics like gravitational pull as well as some of the greatest level design the series has ever seen. Though the Wii relied heavily on motion controls, Nintendo opted to keep them at a minimum when it came to the core Super Mario series. That proved fruitful, as Super Mario Galaxy controlled even better than Super Mario 64 and didn’t detract from the core gameplay with shoehorned motion controls. Super Mario Galaxy also introduced us to Rosalina, who has since made appearances in Mario Kart, Super Smash Bros., and other spin-off series. 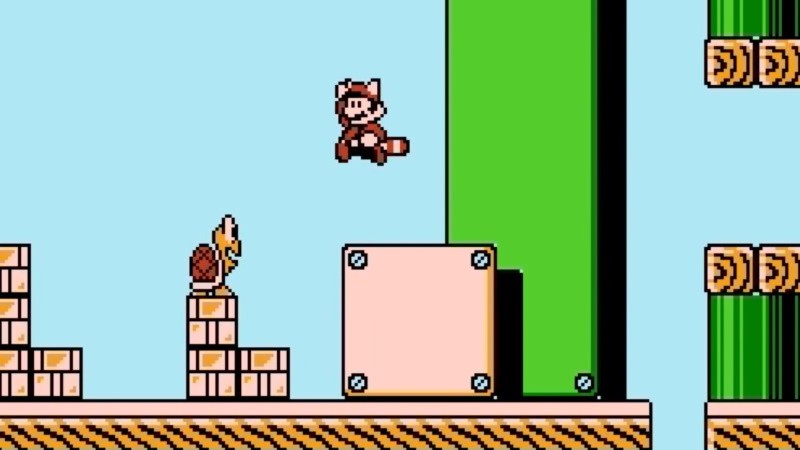 The best-selling non-bundled game in the history of the NES achieved that title with good reason. The adventure expanded what it meant to be a Super Mario game in nearly every way from its two predecessors. Super Mario Bros. 3 introduced a huge number of fun and unique power-ups that changed the way the game played. Whether you were a fan of the traditional fire flower, you preferred to take to the skies using the new raccoon tail, or you were just glad Nintendo finally threw us a life raft in underwater levels with the frog suit, the team was extremely creative with its approach to empowering the players. And players needed that empowerment, as the later levels could be more difficult than what was seen in the series to that point. Super Mario Bros. 3 also introduced the overworld style map, which is still used in most games in the series to this day. 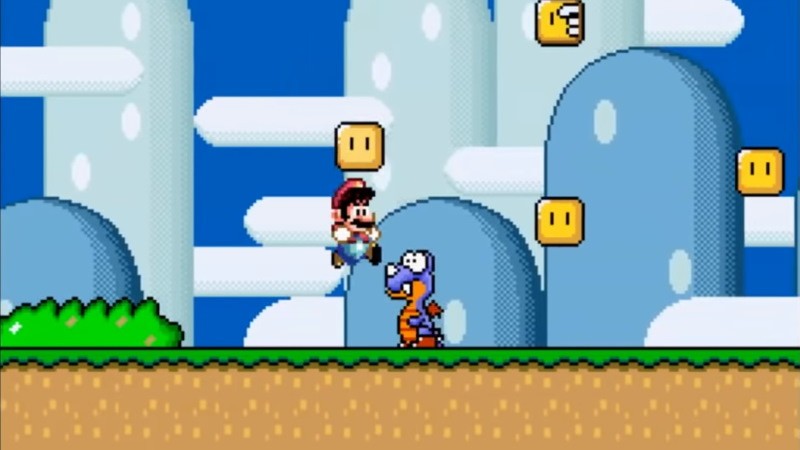 Following up Super Mario Bros. 3 with a worthy successor may have seemed like an impossible task, but Nintendo somehow managed to do that and more. Continuing to use the overworld style map, Nintendo introduced more branching opportunities than ever before, encouraging players to explore each stage for hidden exits that unlock hidden areas. Players could also finally save their progress, encouraging them to take their time with finding every secret in the massive adventure.

With a pared down list of power-ups this time around, Nintendo instead decided to focus on fine-tuning the flight mechanics by replacing the raccoon tail with the better-handling super cape. Super Mario World was also where we all met Yoshi, Mario’s dino friend who gave him several awesome abilities in addition to granting him the ability to absorb an extra hit, blurring the line between power-ups and support characters. Epic boss battles, some of the greatest music in video game history, and improved graphics made this one of the most memorable games released on any platform. Even in a series that is known for its longevity and consistent level of quality, it is a gem that should be played by everyone who has ever held a controller.

Do you agree with our rankings, or are we way off? Let us know your thoughts in the comments!