Pokemon Sword and Shield might be the most unique games this series has delivered in years, and while they’re doing a lot to earn that tag, perhaps the one element that contributes toward that most significantly is the open world Wild Area. We’ve been curious to learn more about the Wild Area in the Galar region for a while now, and it seems we’ve got some interesting stuff to dissect here.

CoroCoro are going to publishing a guidebook for Pokemon Sword and Shield, and the poster that they’ll be giving away with the book has surfaced online (via DualShockers). What’s interesting about that poster is that it has a picture showing the entire map of the Wild Area, which you can look at below. Though we can’t say what this will translate to within the game itself, based on this picture, we’re looking at a pretty substantial chunk of the map, while the map also hints at some environmental diversity (there’s certainly plenty of water bodies in there).

Meanwhile, Serebii has also recently uploaded a new video showing gameplay footage of the first town we’ll be visiting in Galar. We saw glimpses of the town in a gameplay video released by Nintendo earlier in the year, but this is a more extended look, and also features new music (which sounds really good). There are some graphical issues here, like some assets taking a bit too long to load in, but hopefully these will be fixed in the game’s final release. Take a look below. 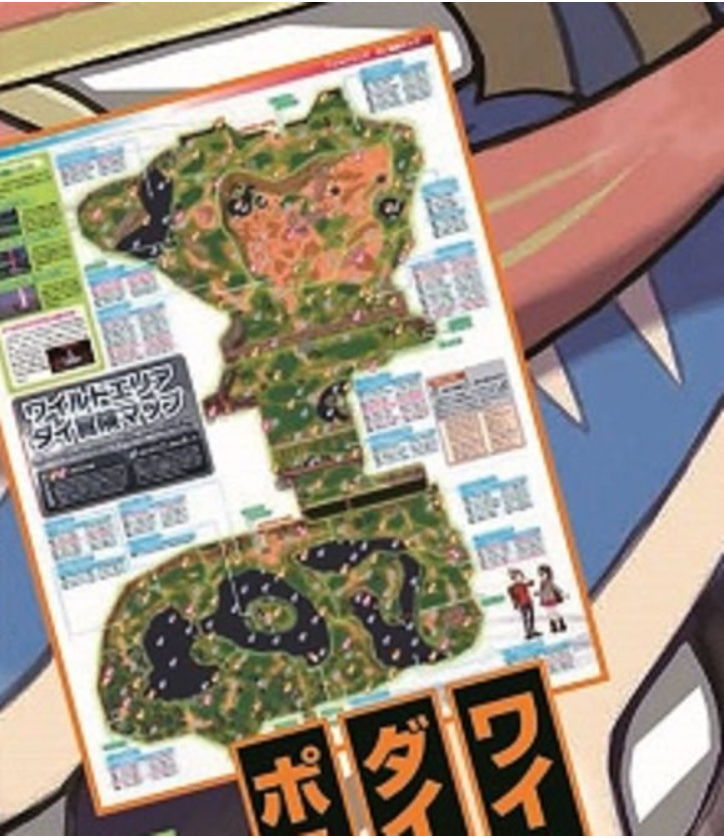 Payday 3 is pitching towards a 2022 or 2023 release window, says Starbreeze