2020 has almost come to an end, and as we speed into 2021, leaving the year behind us in our rearview mirror, now is the perfect time to take stock on the best, the worst, and the downright weirdest PC gaming hardware developments we’ve seen over the past 12 months.

We were fortunate enough to see CES 2020 kick things off in traditional fashion, with a physical show that debuted an assortment of concepts and laid the groundwork for new graphics cards, CPUs, and even next (now current) generation consoles. That was pretty much it for in-person tech events this year, with Computex cancelled outright and IFA transitioning to a digital showcase.

Aside from some rather intrusive supply issues, these obstacles haven’t slowed the rapid development of hardware, with plenty of announcements and new releases scattered throughout one of tech’s biggest years to date. Next year has some big shoes to fill, but from what we can see on the horizon, there’s plenty of PC gaming hardware to watch out for in 2021.

Of course, we saw plenty of new gear take their rightful place as the best gaming headset, best gaming keyboard, and best gaming mouse, but we can’t list every product that was released this year. Instead, this is a look at the strides PC hardware has taken alongside some of the, er, stranger things, too.

We originally received a peek at Intel’s Comet Lake processors in 2019 with the announcement of its low-power U-series that would feature in laptops, but it wasn’t until April 2020 that the 10th generation began to take shape. Once desktop variants landed on shelves they quickly proved to be some of the best gaming CPUs we’ve seen, with the value of the six-core, 12-thread i5 10600K being our favourite for overclocking, and the i9 10900K sitting as the fastest option for most of the year with a 5.3GHz boost clock. It’s just a shame that they still don’t support PCIe 4.0, meaning you’ll have to stick with AMD to make use of the superfast fourth gen SSDs that are starting to rear their heads.

AMD answered back by showcasing its Ryzen 5000 series in October, powered by the red team’s shiny new Zen 3 architecture and Infinity Cache. Between the budget Ryzen 5 5600X, Ryzen 7 5800X, Ryzen 9 5900X, and the enthusiast Ryzen 9 5950X releasing in November, it seems AMD has once again struck a balance between value and power that’s hard to beat. Plus, if you manage to get your hands on a Radeon RX 6000 series graphics card, you can combine the two using Smart Access Memory to boost your gaming PC’s performance. 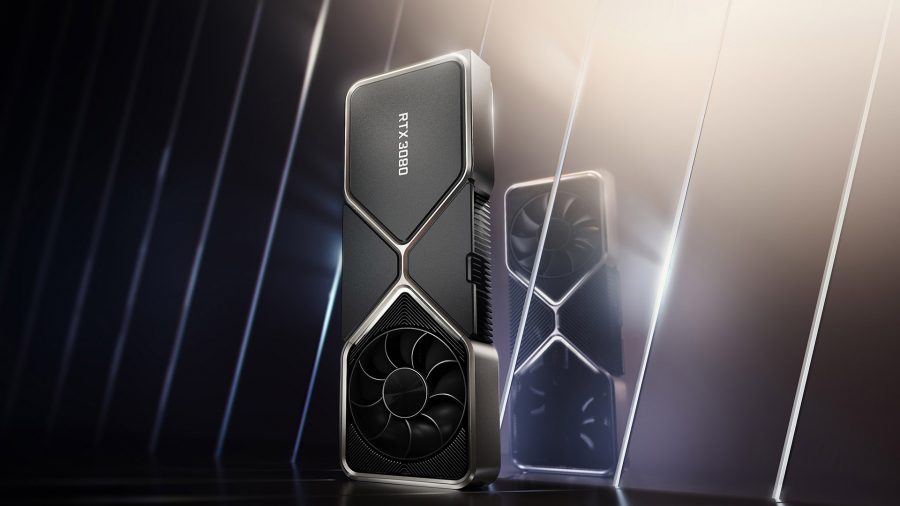 Nvidia and AMD release new GPUs, but you can’t have one

It might seem as though Nvidia’s RTX 30 series and AMD’s Radeon RX 6000 line-up are just a myth, but we can assure you that they did, in fact, release and are regarded as the best graphics cards around. It’s just that the seven graphics cards were hit so hard by scalpers and high demand that they went from being a paper launch to a toilet paper launch.

Stock issues aside, Nvidia surprised us with the value of its new range early in September. Using the RTX 2080 Ti as a benchmark to beat, even the RTX 3070 matches the performance of last generation’s flagship at less than half the launch price tag. Whether you opt for that, the RTX 3080, RTX 3090, or newly introduced RTX 3060 Ti, 4K gaming no longer comes at a heavy sacrifice to your frame rate.

By the end of October, AMD threw its hat into the ring with Big Navi graphics cards packing its first real-time ray tracing solution. All three Radeon RX 6000 series GPUs pack an Infinity Cache and can utilise Smart Access Memory when paired with a Ryzen 5000 CPU, yet while the RX 6800, RX 6800 XT, and to an extent the $999 RX 6900 XT offer great value competition to team green, AMD struggles to stand up against Nvidia’s proprietary DLSS 2.0 feature. Here’s hoping FidelityFX Super Resolution can make a dent when it finally rolls around. 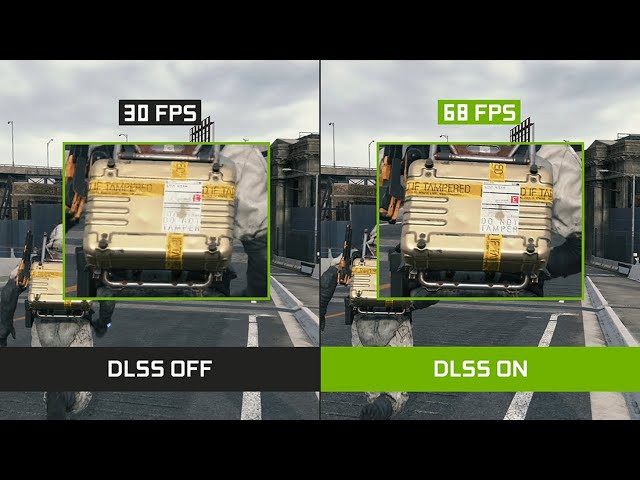 Given the choice between resolution and frame rate, a sizeable portion of PC gamers opt for the latter, cranking their settings down for a smoother experience. Nvidia recognised this and hoped to improve frame rates by introducing deep learning super sampling (DLSS) in 2018, rendering images at a lower resolution for better performance before upscaling the results. As with most first tries, it’s fair to say DLSS 1.0 fell flat on its face, requiring a substantial amount of effort to train the AI for each individual game that, sadly, often ended up looking smeared or pixelated.

DLSS 2.0, however, is an entirely different beast. Released in April along with GeForce driver 445.75, the second major implementation once again uses the Tensor Cores inside RTX graphics cards, but no longer has the same restrictions thanks to a vastly different AI model. Instead of ruining your image quality in favour of performance, DLSS 2.0 offers faster speeds and quite regularly improves N64-level resolutions to something far crisper.

It’s the perfect partner for ray tracing, helping to salvage the frames relinquished for realistic reflections, lighting, and shadows. And even when you’re not running ray tracing, there’s no downside to switching it on. 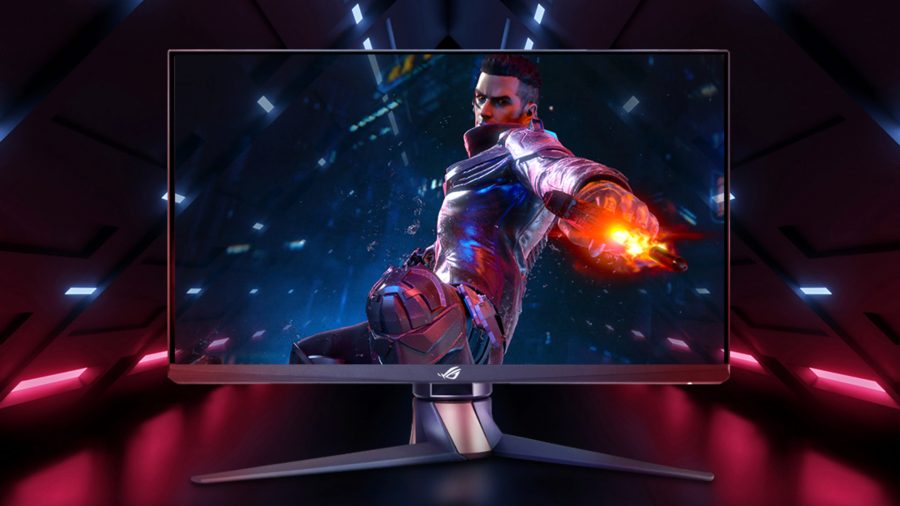 The best gaming monitors got even better in 2020, with the introduction of 360Hz refresh rate IPS panels. Asus, Alienware, MSI, and Acer worked hand-in-hand with Nvidia to exceed the previous standard of 240Hz straight to a 360Hz refresh rate, meaning you’ll be able to see each and every one of those frames your gaming PC is pushing. Such high numbers are usually associated with the cheaper TN panel or versatile VA panel, but we’re lucky enough to see it accompanied with the rich colours associated with an IPS panel this time around.

These gaming monitors are among the first to include a FreeSync-enabled G-Sync module, meaning you’ll be able to benefit from the anti-screen tearing technology no matter what graphics card you own. Naturally, such a high spec isn’t cheap, clocking in around $700 / £700 for a 24.5-inch screen, but esports enthusiasts won’t want to miss out. 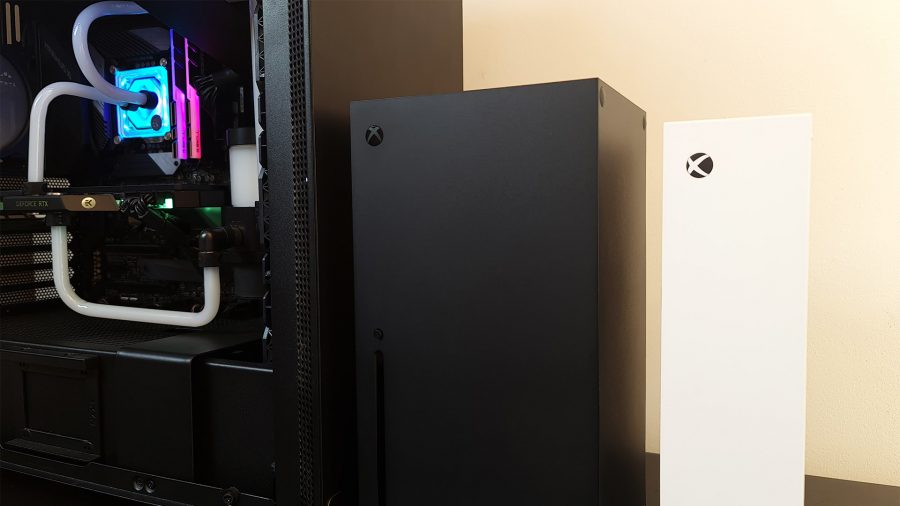 Microsoft and Sony launched their new consoles in November, which might as well be considered gaming PCs with custom AMD Zen 2 CPUs and Big Navi GPUs at their core. Instead of the usual standard model followed by an iterative upgrade mid-way through its lifecycle, however, both companies are shipping two models right off the bat – one disc-based (Xbox Series X and PS5) and another entirely digital (Xbox Series S and PS5 Digital).

We found the Xbox Series X to be a powerhouse for its $499 / £449 price tag, being the first console to tackle 4K resolutions at up to 120 frames per second and pack in ray tracing for the handful of games that use it. The Xbox Series S also slots in at a nice budget $299 / £249, but suffers tremendously from storage woes as just 364GB of its claimed 512GB SSD is available to use. This plagues all consoles regardless of brand, but naturally affects smaller storages and digital-only models like the Series S more.

If you can find one, as consoles have been flying off the shelves since their release, you can’t go wrong with any of them – but if our boss asks, we recommend you get a PC. 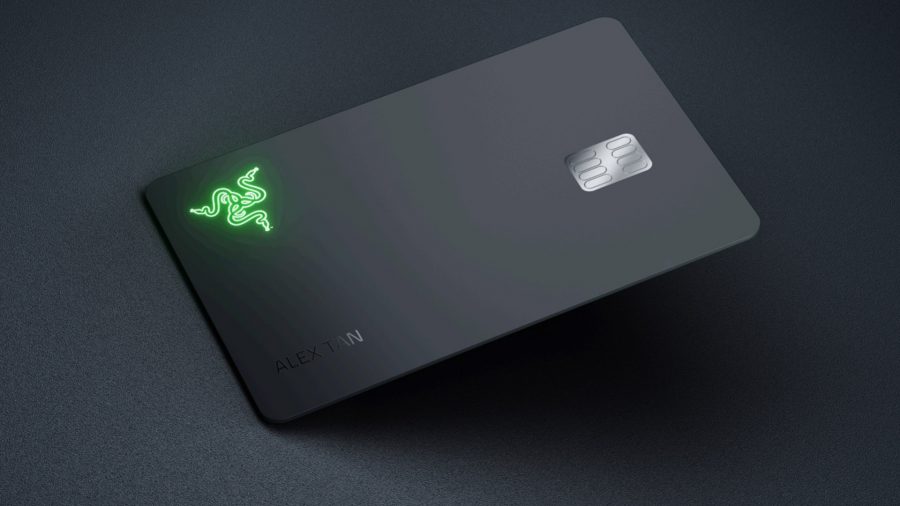 There are things to be proud of, like fighting coronavirus with our gaming PCs. There are products we missed out on, as the Alienware Concept UFO didn’t come to market to rival the Nintendo Switch after all. And there are things that just make you raise an eyebrow, like a Japanese company marketing its shelves as a gaming bed.

We’ve learned to expect the unexpected from Razer – after all, the company still has many clamouring for an RGB toaster with the snakehead logo, and has spawned concept art from fans imagining what it’d be like if Razer made an RGB knife. Nothing could prepare us for what’s next, though. No, we’re not talking about the Iskur gaming chair, as that was hinted at last year. We’re talking about the Razer Card – a light-up payment card announced in October that somewhat surprisingly doesn’t come with Chroma. The LED-laden card is only available in Singapore, but is a natural expansion to Razer Pay and can earn you “unique gamified rewards” if you use one.

And yet, that’s not the most absurd thing to happen in 2020. The AMD mountain bike gets that honour, because why would a company known for processors and graphics cards suddenly take an interest in travel and sports, especially a month ahead of its Big Navi launch? Maybe it was just trying to break the cycle? Or, more likely, it was a clever attempt at stealing a little thunder from Nvidia’s RTX 30 series launch by confusing everyone. Who’s to say? 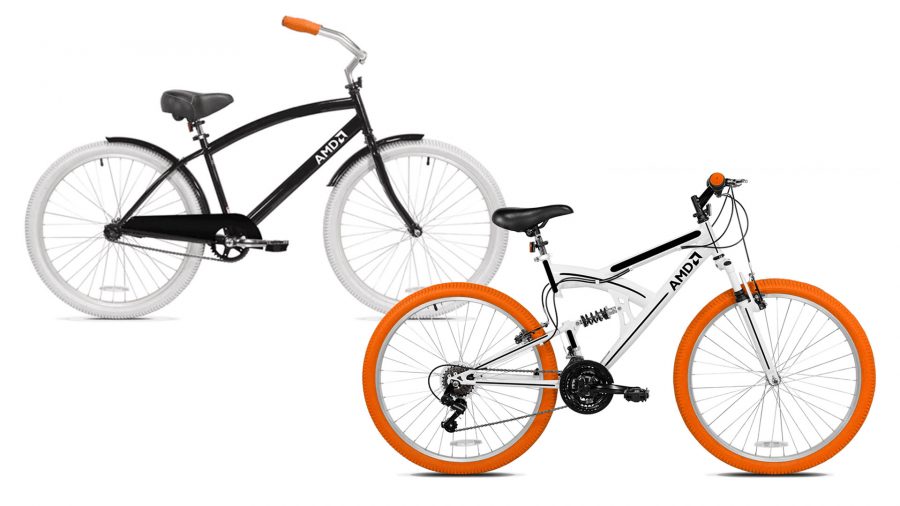 2021 isn’t likely to be as big of a year, but there’s still plenty to watch out for with CES just a few weeks away. Keep your eyes peeled for DDR5 to make an appearance in the consumer space, PCIe 4.0 becoming a bigger deal, and new products from all your favourite brands.