For this Overwatch League 2021 Season, Dallas Fuel is reviving the 2019 Element Mystic roster. The team signed former players from other Overwatch League teams to bring the gang back together and hopefully dominate the League as they did in Contenders.

Han-been “Hanbin” Choi previously played with Paris Eternal. The off-tank player helped Paris win the Overwatch League 2020 Summer Showdown. He mainly plays off-tank heroes like Zarya or D.Va, but his Sigma skills are what set him apart from other tank players.

To find a former Element Mystic main tank player, Dallas Fuel picked a member of Shanghai Dragons. Eui-Seok “Fearless” Lee is joining the team this year, after a successful run last year in the Overwatch League. With Shanghai Dragons, Fearless placed 1st in the Overwatch League 2020 Regular Season and went all the way to the Playoffs Grand Finals.

Just like Hanbin, Joon “Fielder” Kwon played with Paris Eternal last Season. Fielder couldn’t meet his teammates from Paris Eternal in North America last year due to COVID-19 travel restrictions. He had to stay in South Korea and play with the team from across the world. That didn’t prevent him from being in the starting six and pulling out incredible plays. Unlike his other Dallas Fuel teammates, Fielder never played with Element Mystic. 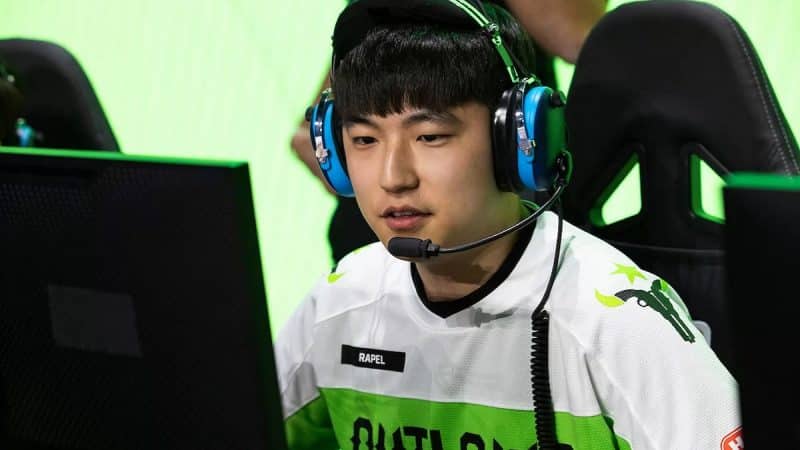 Jung-keun “Rapel” Kim is the second flex support player of the 2021 Dallas Fuel roster. After his time with Element Mystic, Rapel joined Vancouver Titans for the Overwatch League 2019 Season. The team won the Regular Season and ended Vice-Champion of the League, but Rapel didn’t see much playtime with Vancouver. He joined Houston Outlaws for the 2020 Season and is now trying his luck with Dallas Fuel.

The main support of Dallas Fuel is Seung-soo “Jecse” Lee. He was part of the Element Mystic journey in 2018 until he joined Seoul Dynasty to play in the Overwatch League. After a year with Seoul, Jecse joined Houston Outlaws. The team decided to part ways with Jecse, who now joins Dallas Fuel to revive the Element Mystic roster.

Dallas Fuel signed 3 DPS players this season. Unfortunately, Ki-hyo “Xzi” Jung had to retire due to health issues. That leaves the team with only 2 DPS for the season: Dong-ha “Doha” Kim and Yeong-han “SP9RK1E” Kim.

With heavy hearts, we are saddened to announce @Xzi_ow’s retirement for this season. However, player health will always be our top priority.
We will be rooting for him every single day and wish him the best in his treatments and future.
Thank you Xzi. ? pic.twitter.com/TXWtZ5qVCW

The new Dallas Fuel roster revolves around Dong-ha “Doha” Kim. He joined the team last season and is the first ex-Element Mystic player signed by the team. Doha is a flex DPS player, mainly known for his Sombra and Genji plays.

Yeong-han “SP9RK1E” Kim is the second DPS of Dallas Fuel. He previously played with Paris Eternal, just like Hanbin and Fielder. It was his first season in the Overwatch League, turning 18 in time for the Summer Showdown. He was a key element to Paris’ DPS line, especially for his skills on Genji and Doomfist.

Dallas Fuel is reviving a powerful team from the Overwatch Contenders, but still lacks key players in important positions. Due to Xzi’s retirement, the team doesn’t have a hitscan specialist. There is a weak spot in the DPS roster, which could be fatal against enemy Pharah, Echo, or any hitscan duel.

The tanking line of Dallas Fuel is the best they could sign with former Element Mystic players. Fearless was the team captain and should be able to find his marks quite easily with Dallas Fuel. The supports are promising and have everything to prove this season.