Moon Studios’ Metroidvania masterpiece comes to the Switch out of the blue.

After Microsoft and Moon Studios did the unthinkable and brought Ori and the Blind Forest to the Nintendo Switch, most were under the assumption that they would eventually do the same with its sequel as well, and though Microsoft explicitly made statements to the contrary, some of us never lost hope. At the recent Nintendo Direct Mini, those hopes were realized. Ori and the Will of the Wisps has been announced for the Nintendo Switch- in fact, it is available now.

The reveal trailer shows the game’s stunning combat and striking environments and art design, all of it in what’s looking like a smooth and steady 60 FPS. The game did suffer from performance issue on both the Xbox One and PC at launch, so hopefully that won’t be the case on the Switch- though considering how well Blind Forest ran on Nintendo’s system, there’s reason to be optimistic.

Meanwhile, a Collector’s Edition for the game’s Switch release has also been announced, in partnership with iam8bit. It will include a transforming display box with a glow-in-the-dark finish; a stained glass art piece; “The Flora & Fauna of Ori” field guide; a sketchbook that will feature “rarely seen production art”; a collectible art card set; a hard enamel glow-in-the-dark pin; digital download cards for OSTs of both Ori games; and most notably, physical copies of both Ori and the Blind Forest and Ori and the Will of the Wisps, both with reversible cover art.

It’s quite the package, with a price to match- it’ll set you back by $150. It will launch in December, but you can pre-order it now through the link above.

Ori and the Will of the Wisps is also available on Xbox One and PC, and will also be getting an Xbox Series X update. When it launched earlier this year, in our review we awarded it a score of 10/10, saying, “Ori and the Will of the Wisps’ shortcomings are few and – for the most part – negligible. The game’s brilliance smacks you in the face right from the get go, and it doesn’t let up until the very end. Nearly every moment is finely crafted, nearly every nook and cranny lovingly designed. With Ori and the Will of the Wisps, Moon Studios have realized the full potential of their debut title, and entered the upper echelons of Metroidvania history.” You can read our full review through here. 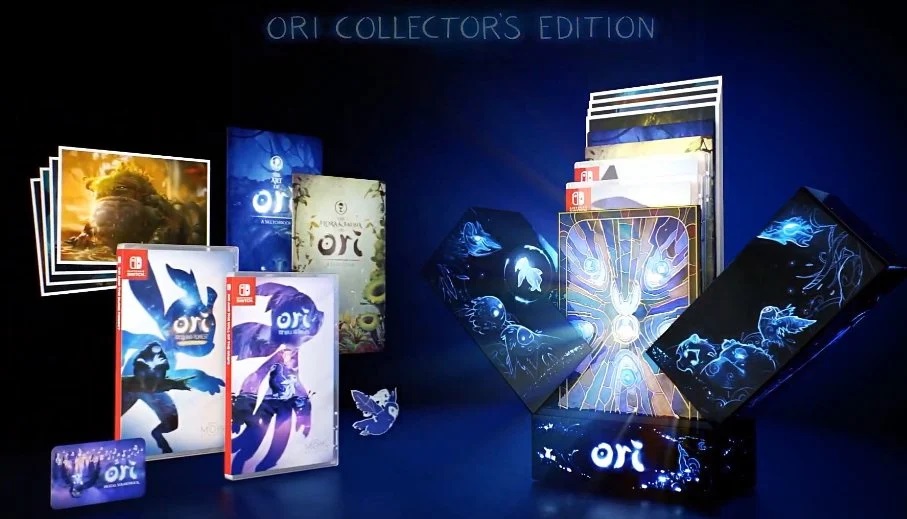