Gunfight arrived to the Call of Duty franchise last year within Modern Warfare. As one of the community’s favorite game modes, it sticks around for Black Ops Cold War. In Season One, we’ll be seeing four brand new Gunfight maps, all in different styles and settings.

Battle within the set of the game show, “What do the Numbers Mean?”. Players will be able to fight throughout the set, all the way from the main stage to behind the cameras.

ICBM is set inside a remote launch bay of a clandestine launch facility. Here, you’ll be able to engage in combat through the giant exhausts of a missile. This map will feature a roughly circular setting, similar to that of Atrium in Modern Warfare. 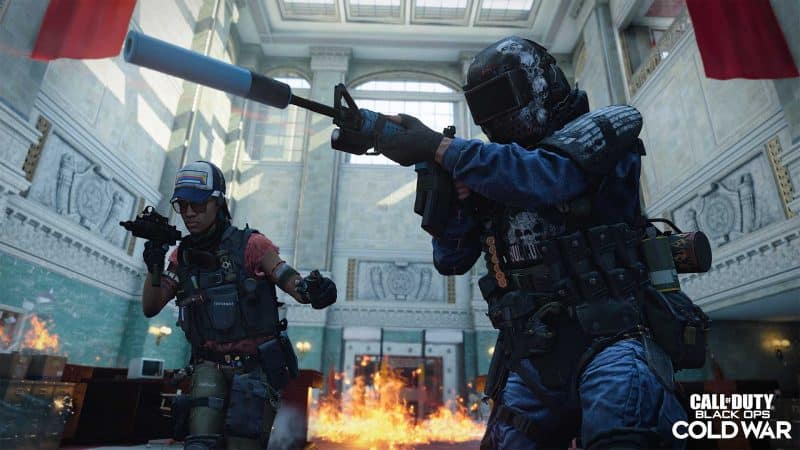 Set inside the Lubyanka KDB building, players will fight deep inside the lines of the USSR. This marble room features thick wooden desks and tall library bookcases, allowing you to take cover, and possibly gain a height advantage. 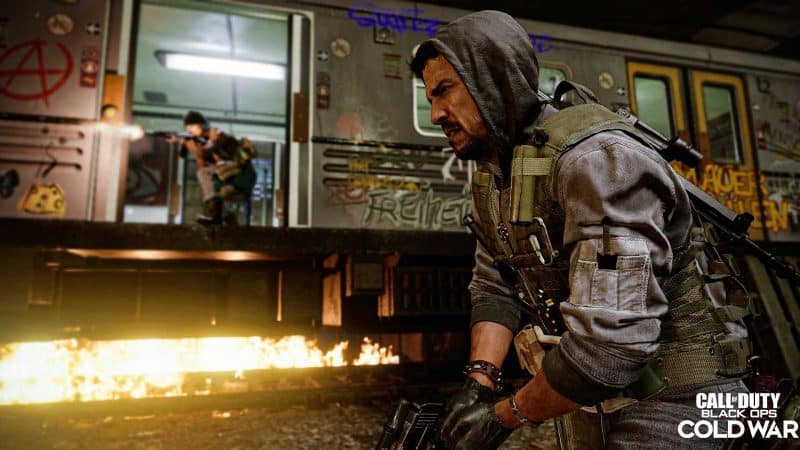 In the underground tunnels of West Berlin, U-Bahn will see players fight on the Metro platform and parked train. A graffiti-covered subway carriage and central support pillars will provide cover throughout the small map.

Gunfight returns in Season One of Black Ops Cold War on December 16. This will be one of the biggest content drops in Call of Duty history, with Warzone also receiving an update.