The Nvidia RTX 2070 Super is arguably the high-end graphics card recommendation right now. AMD’s RX 5700 XT is a strong price/performance candidate – but then the RX 5700 is perhaps a better shout on that front – though driver issues are really hampering the top Navi cards right now. And the rather super RTX 2080 Super is simply sitting in the ultra-enthusiast price bracket that was previously the preserve of Titans and Ti cards.

So, it’s all about the RTX 2070 Super then, but which one? Do you chase the simple elegance of the seemingly unavailable Nvidia reference card, a factory-overclocked monster from one of the GeForce board partners, or do you just go for the absolute cheapest you can find?

Being a parsimonious penny-pincher I’m always tempted by the latter option, but what are you missing out on by ‘cheaping’ out on an already super-expensive graphics card? We’ve bagged the MSI RTX 2070 Super Ventus, one of the most affordable of said GPU, to see how it fares. And, honestly, it fares incredibly well.

The MSI RTX 2070 Super Ventus is still an overclocked version of Nvidia’s Turing GPU, though admittedly not by much. You’re looking at a boost clock boost of around 15MHz above its rated 1,770MHz. Though I have no clue why Nvidia persists in listing the boost clocks anymore as they bear about as much relation to the actual clock speed you’ll get out of your GPU, as process node nanometre naming does to actual gate width.

For the record, Nvidia graphics silicon will always run faster than it’s rated boost clocks. It’s like if you’re told it should only run so fast you’ll be super-psyched to see it running even quicker. GPU marketing psychology, eh?

The actual GPU in question is the RTX Turing-based TU104, the same silicon that powers both the RTX 2080 and RTX 2080 Super. Nvidia upgraded from the ol’ TU106 chip that gave the RTX 2070 its graphical grunt, to essentially make this card an RTX 2080 Lite. But, y’know, that doesn’t sound anywhere near as good as SUPER.

And in reality the chip planted at the heart of our MSI RTX 2070 Super Ventus runs somewhere between 1,905MHz and 1,935MHz during sustained gaming load. That’s markedly higher than its listed 1,785MHz boost clock, and around where the also-overclocked RTX 2070 Founder’s Edition sits too. 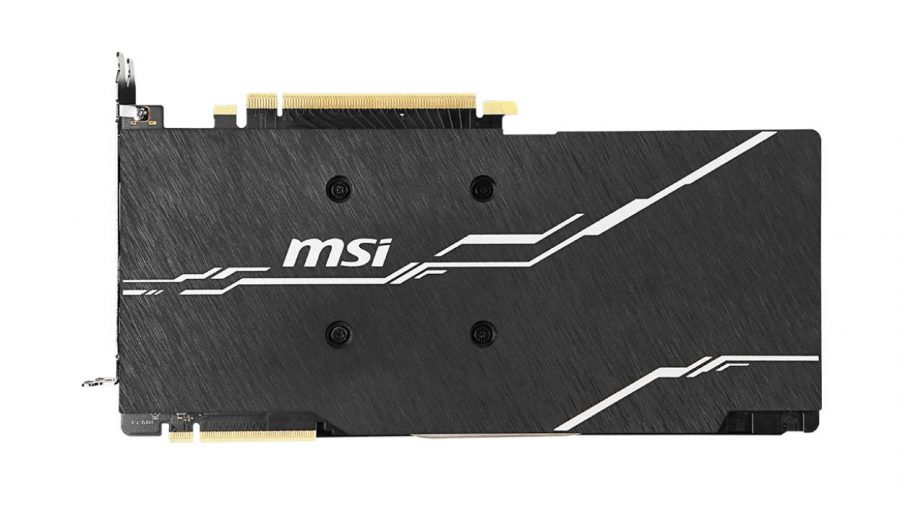 So, right away you’re not missing out in terms of raw GPU speeds. And the essential specs of the card are the same too, 8GB 14Gbps GDDR6 and everything. It’s not a bad-looking card either. The TORX 2.0 fans aren’t the latest out of the MSI cooling worx, but it’s got a pretty hefty heatsink, with direct contact copper heat pipes threading through it.

There’s also a backplate helping disperse heat across the rear of the PCB too, something normally reserved for high-end versions of MSI cards. Basically there’s nothing here that really talks to its more budget leanings.

Though obviously when you’re talking about a $500 graphics card, whatever specs you’re looking at it’s not going to come under the heading ‘budget’. Thankfully the RTX 2070 Super isn’t one of those bizarre GPUs that has a raft of different, hyper-expensive versions offering little more than slight numerical bragging rights. GPU partners have a habit of creating extreme versions of cards that sometimes even cost more than the next tier up in terms of graphics silicon. Weird.

But that’s not the case with the RTX 2070 Super, though there are cards that sail dangerously close to the rocky RTX 2080 waters… The MSI Ventus, however, isn’t one of those and yet still manages to deliver performance on par with the pricier Nvidia RTX 2070 Super Founder’s Edition.

So, where does it fall down? Well, there’s the lack of intense RGB-ness for a start. And the peak GPU temperature under those twin TORX fans does spike a little higher than under the shiny Nvidia reference shroud, they also don’t have that fancy 0dB setting either. But that’s kinda it.

You’re still getting a fantastic Turing GPU, one that clocks as high as an overclocked reference card, and doesn’t have the fugly, plasticky, boxy Asus Dual shroud. Urgh. But then, does the look really matter? 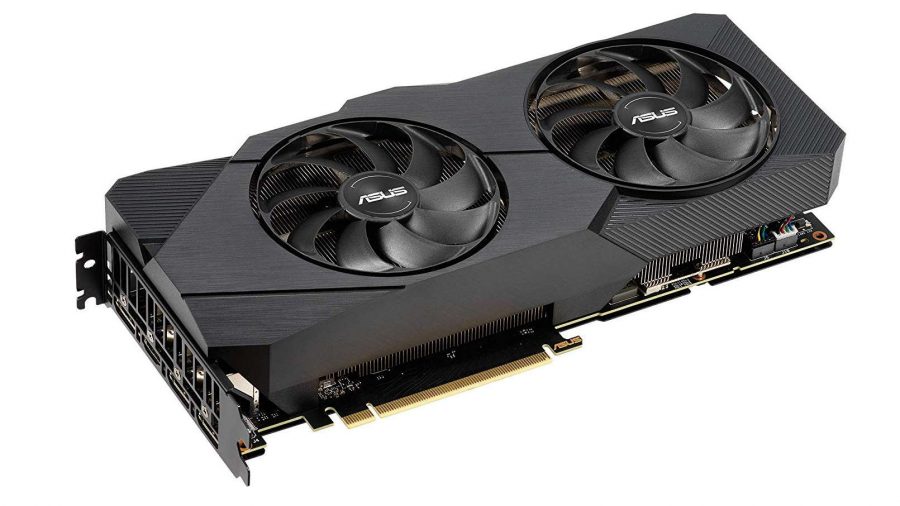 You’re not going to be staring lovingly through the tempered glass peephole at the insides of your PC when you’re eyeballing ray traced pretties in Control. And the similarly priced, impressively specced Asus RTX 2070 Dual is more heavily overclocked and will go silent when not in use.

But the key takeaway from all this, however, is that when you’re talking about the excellent RTX 2070 Super, I don’t feel like you’re really missing out by going for one of the bottom-priced parts such as MSI’s RTX 2070 Super Ventus or the Asus Dual card. They’re both still quality cards, with decent cooling, an overclocked GPU, and all that RTX Turing performance. So, why pay more?

Buying one of the most affordable Nvidia RTX 2070 Super cards doesn’t mean making any compromise on gaming performance.

Become A DJ In Fuser, A New Game From The Creators Of Rock Band Platinum Games’ Project G.G. talks up its tokusatsu inspirations in new trailer

Sony expects to have its biggest year ever in console sales