Miles Morales Webs Up His Own Funko Pop Line

Many of you are working your way through Marvel’s Spider-Man: Miles Morales on your PlayStation 4 or newly purchased PlayStation 5. If you like what you play, or are just a huge fan of Miles Morales, you’ll soon be able to add three new Funko Pop figures inspired by the game to your collection.

Unlike the figures that were created for Marvel’s Spider-Man in 2018, you won’t get figures of any villains or supporting characters. All three figures are of Miles in action. The first Pop is of what Insomniac calls Miles’ “Iconic Suit,” which is modeled after his traditional comic book garb. He’s airborne and ready to clobber someone with a Venom Punch. Since he is highly posed, he needs to be positioned on a stand.

The second figure is exactly the same pose, but is mask free, just like Game Informer’s recently released cover story. 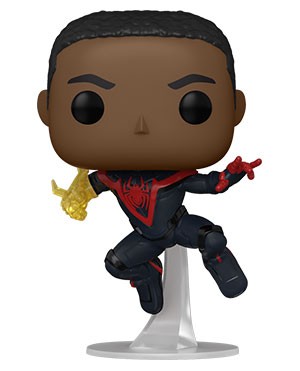 The third figure is slightly different in pose, showing Miles soaring soaring through the air on a webline. We also see him in his sleek Track Suit. 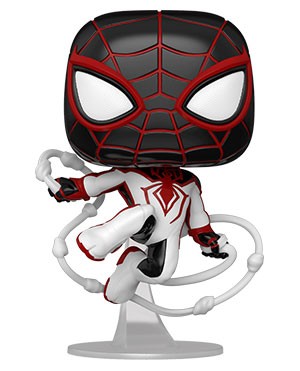 All three of these figures are in Funko’s traditional Pop scale and will be available on March 4.

I reviewed Marvel’s Spider-Man: Miles Morales for Game Informer, and gave it a respectable 9 out of 10 score, saying “For a second act, Marvel’s Spider-Man: Miles Morales satisfies. Taking to the web-line and soaring across a wintery New York skyline is every bit as enthralling as it was before, and Miles develops into a fantastic hero. This follow-up doesn’t have as much of a sinister punch, but it delivers some great plot twists and concludes with another eye-opening post-credits sequence that teases an exciting future for Insomniac’s Spider-Man series.”

Are you playing Marvel’s Spider-Man: Miles Morales? What are your thoughts on it thus far? In that same breath, what do you think of PlayStation 5 if you are playing the game on it?