The second and final day of knockouts are on, who will take the remaining two spots at Worlds Groups?

Today we head into our final day of Worlds Play-ins 2020. Yesterday we saw LGD Gaming (“LGD”) take on Rainbow7 and MAD Lions take on SuperMassive (“SUP”). Now, those third/fourth place decider matches come up against the second-place teams from groups. Now, Legacy Esports (“LGC”) and Unicorns of Love (“UOL”) join the battle as the final two spots at Worlds Groups are put on the line.

The second series of the day saw UOL take on SUP, as Russia took on Turkey to see Europe “technically” add a fourth team to Worlds Group Stage. SUP shock the predictions by picking up the First Blood as they take first drake and an early lead over UOL. UOL was able to take down the second drake and win the extended fight after the fact. UOL drop two members but ace SUP as they take a massive 3k lead.

The UOL squad continued to accelerate the lead as they picked up two more kills in the bot side of the map as Twitch quickly became out of control. UOL begins to ramp up the pressure as they push over the mid tier two tower and claim two SUP members as well. UOL moved to secure the Baron next as they went 8k ahead at the 24th minute. With the buff, they were able to take the mid lane inhibitor and extend the lead to 10k as they started to tighten their grip on SUP.

SUP pulled the trigger on the base defense as they desperately tried to hold off the UOL push. SUP lose three for two in return, with UOL pushing down the nexus turrets SUP are able to respawn in time to delay the game for a little longer. UOL try again and this time they’re able to close out the game. 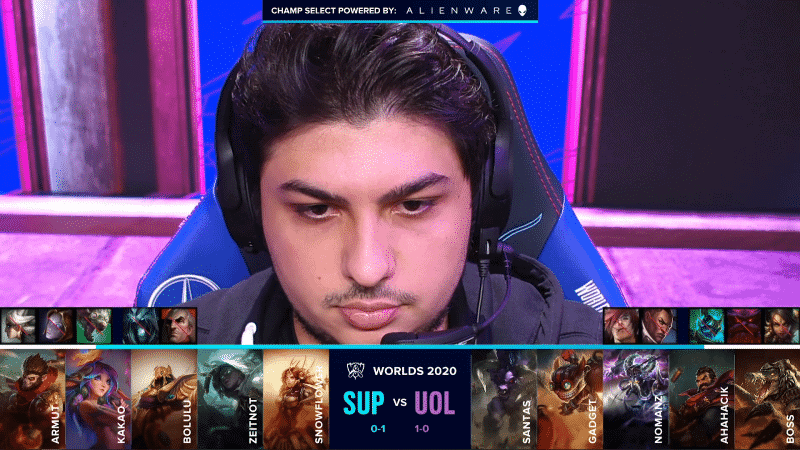 After a disappointing mid-game in Game One, SUP needed to come back big in game two if they want to keep a hold on the series. UOL, despite losing the early game are able to pick up the First Blood and the ace. SUP made up just one kill in return as their early game lead was wiped out in one team fight.

While SUP made a few decent plays to close the gap, the third drake is another play in which UOL increased their lead on the game as they wiped SUP and picked up a drake for themselves in the process. By the 24th minute, UOL had managed to pick up yet another drake as they maintained the 5k lead. SUP made a desperate play in the bot lane and while they did manage to get the kill UOL counter with TPs and ace SUP.

SUP pulled the trigger on the make-or-break play, despite getting the first kill UOL was able to ace the fight and walk down the SUP base as they took the series 2-0 and put SUP well and truly on the back foot. 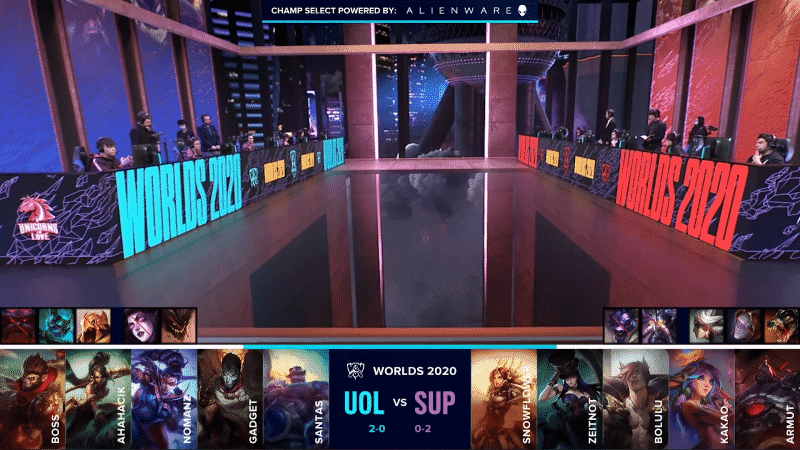 It was all on the line in Game Three for SUP, with the series at 0-2 they had to bring their A-game in what could be their final series at Worlds 2020 to keep Turkish hopes alive. SUP pulled the trigger on the First Blood but failed to claim it as UOL turned the fight around to claim it for themselves. UOL found themselves with a 2k lead by the 13th minute as they looked to get the 3-0 series wrapped up.

SUP managed to pick up a 2-for-1 trade as they tried to close the gap and keep the series alive. UOL pulled the trigger on the Soul point drake, while SUP was too slow to react. They took down four members of the SUP roster losing just one in return. UOL moved up to the Baron as they moved 7k ahead and moved well in control of the game and the series. SUP loses the top inhibitor off the back of the Baron but picks up four big kills as they finally start to get some gold into their pockets as they punish some poor pathing from UOL. UOL is able to claim another team fight win just as mountain Soul spawns as they take out two members of SUP and make it out alive.

UOL made their play around the second Baron as they secure it and ace SUP. They push into the base and take down SUO 3-0 as the UOL finally makes it to Worlds Group Stage.