The second and final day of knockouts are on, who will take the remaining two spots at Worlds Groups?

Today we head into our final day of Worlds Play-ins 2020. Yesterday we saw LGD Gaming (“LGD”) take on Rainbow7 and MAD Lions take on SuperMassive (“SUP”). Now, those third/fourth place decider matches come up against the second-place sides at groups. Now, Legacy Esports (“LGC”) and Unicorns of Love (“UOL”) join the battle as the final two spots at Worlds Groups are put on the line.

While the sides share two first letters, that was about all that was even going into this series. The fourth seed from China LGD, despite a rough start to Worlds 2020 was always expected to be the standout favorite. LGD comfortably took the first game in the series in under 30 minutes. The game certainly started that way, with LGD picking up the First Blood in the top lane, despite almost losing it in the bot side moments earlier. The play saw LGD take an early 1k lead at five minutes.

Despite quickly retaliating on the early First Blood, LGC continued to fall behind with LGD able to increase their lead to 2k at 12 minutes. The good news for LGC at this point was the delay to a potential soul dragon with LGC able to claim the first drake. With the game passing the 20-minute mark, LGD showed no signs of slowing down. Increasing their lead to over 4k, their relentless pressure on the map continued to put LGC on the back foot. With the fourth drake of the game spawning, LGC tried to pull the trigger but LGD was too strong as they took down two members of the LGC side, claimed the drake, and moved to secure Baron.

LGD knocked down two inhibitors with the Baron push as they turned the screw on LGC. As the disengage, they lose two members as LGC picks up crucial gold at the end of the game, however, as the soul point drake spawned LGD secured it as they look to power through. LGC caught LGD in their own jungle but were unable to secure the kill. LGD managed to flip the fight, ace LGC and win the first game. 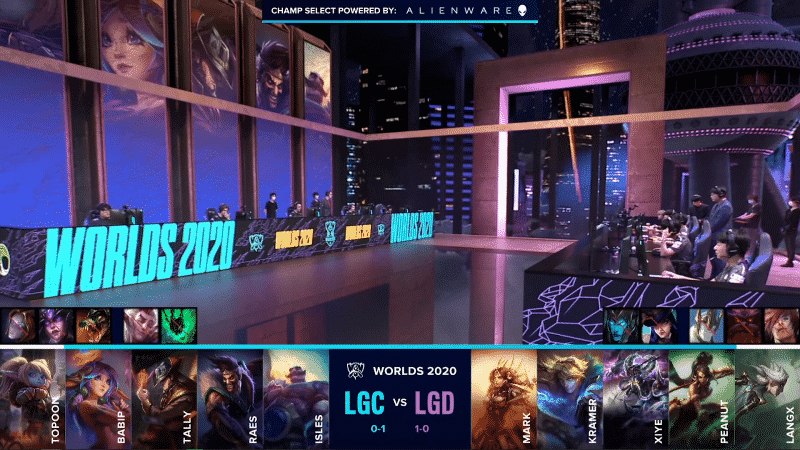 After the first series whitewash, LGC needed to change up the formula for game two. The draft was certainly different from LGC bringing out the carry bot lane, providing they could get him switched on. Game Two certainly did not follow the trend of Game One, with 15 minutes on the clock, despite a 1k lead for LGD first blood was yet to be claimed, though LGC were able to claim the second drake of the game, as they possibly revealed an early win condition for themselves.

With the soul point drake on the map, the fight finally happened. With LGD having full control, LGC continued to get chunked out and lost first blood at the start of the fight. LGC turned it and pick up two quick kills in return, while they get stuck in the pit Draven’s ultimate destroys the LGD health bars and LGC secured the third drake. LGD, however, still had a huge 3k lead, though Draven was able to get a big cash out on his passive keeping LGC’s hopes alive.

Game Two on a knife’s edge

The next fight happens just a minute later and it’s LGC again that came out on top despite losing the first kill. Draven is able to freely damage LGD as he picks up two more kills as LGC closed the gold lead to just 1.5k. LGC pulled the trigger on the soul drake but it resets as Peanut is able to steal it away after Kassadin is blown up by LGC. While LGC is able to stop the soul drake, they get aced in the process picking up two kills in return as the gold lead evened out.

LGC started up the Baron and is able to Poppy ultimate Peanut away as they easily claim the Baron and take down three members of the LGD roster on the backend of the fight. Next, they secured the mid and bot lane inhibitors as they make great use of the Baron Power Play. LGC again failed to pick up the soul drake as they dropped four members on the drake fight as LGD swung momentum back their way. LGC is able to pick up the Baron but LGC win the fight as the remaining three members push down the mid lane to end the game. 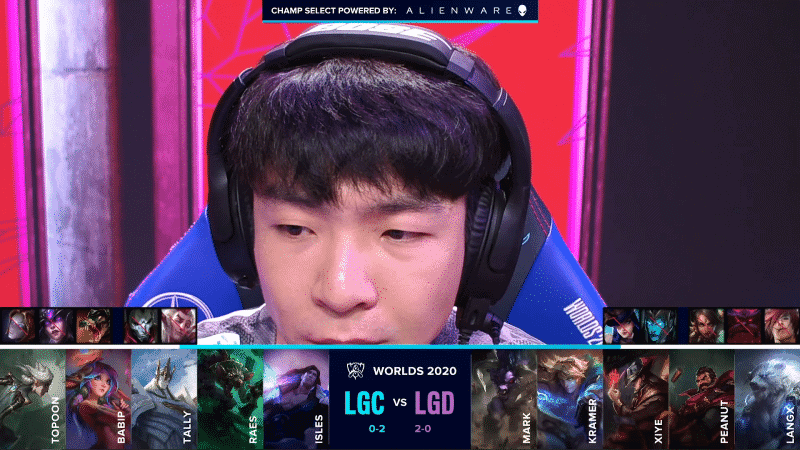 After LGC failed to win Game Two, despite having in their grasp for the majority of the late game, Game Three is all or nothing for the OCE side. With Raes the clear strength for the side, he was handed the Twitch in an attempt to finally carry his side to victory. It certainly started off better for LGC, as they were able to pick up an important first blood on the Camille as Babip roamed top to help secure it. LGD was able to reply with a kill top side as the Rift Herald went to LGC, in a reverse of what we saw in Games One & Two.

We get our first big fight in the bot side of the map after LGC is able to knock down the top lane tower and Volibear. LGD replied with a quick kill onto the Twitch before LGC trade back with a kill of their own. LGC pick up the drake as they delay Soul point by five minutes, they lose Babip as a result. LGD went big in the mid lane as they pick up three kills before moving onto Baron as LGC started to completely lose their grip on Game Three.

LGC pulled the trigger for a make or break fight but they come out worse off. LGC gets one kill early but LGD completely wipe LGC on the reverse of the fight as LGD advance and LGC heads home.