Round 2 gets underway in the LEC with Schalke 04 taking on MAD Lions.

With the final elimination game of the LEC between Schalke 04 (04) and MAD Lions (MAD) things are getting spicy. With the 04 Miracle Run coming up against its final hurdle, 04 could be about to do the unimaginable and make it to Worlds. For MAD, they could see their amazing break out season be forgotten about. Below is a full recap of the series.

04 continue their miracle run to 11-0 as they swept aside MAD. First blood goes to 04 after Shadow engages bot Lane. MAD catches out 04 but a TP from Odoamne sees MAD flee and give over first blood. The early game doesn’t go to plan for MAD as they lose drake and two more kills, with just one in return. By 14 minutes, 04 moved to a 2.5k lead as they continued to toil away across the map picking up key objectives.

With 04 chasing down two members of MAD, they overstretched and devastate their gold lead. They over force onto Shad0w and lose two members in return. Humanoid spent this time pushing top lane and claim gold for his team. 04 win the following fight at Drake, acing MAD then moving to Baron. They lose one member but destroy MAD in the process.

Shad0w tried to make a play behind enemy lines, and while it looked like it was working but the damage from 04 was too high. 04 pick up a clean ace and charge down the mid lane to claim the game 1 victory. 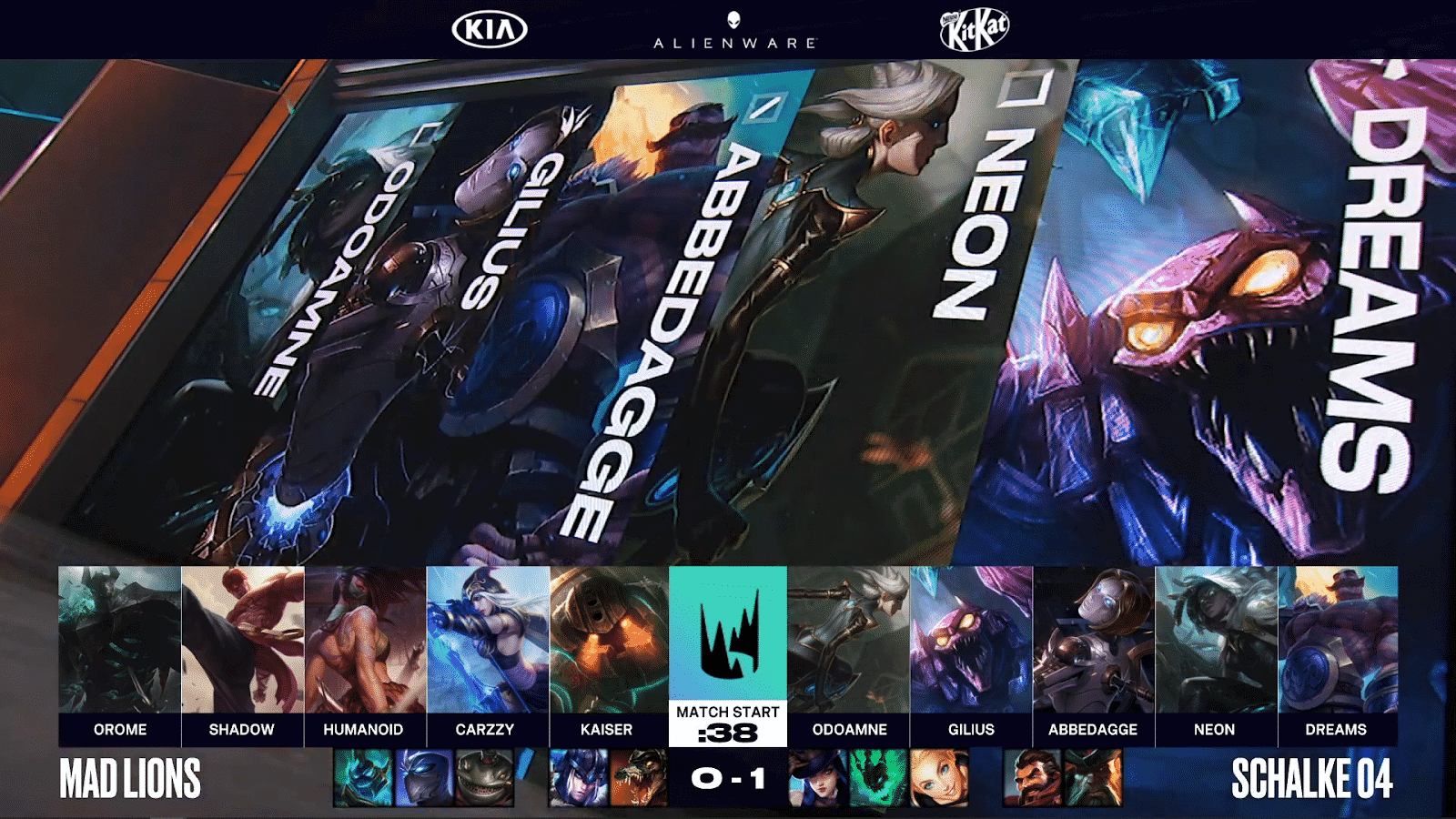 The 04 run comes to an end, as MAD tie up the series 1-1. First blood goes to MAD as Gilius chases down Orome but Shad0w is able to save him in time to claim first blood. MAD had a much better early game than they did in game one. While the lead is only 2k, MAD looked slightly more in control at the 12th minute.

MAD continued their dominance into the 19th minute. A delayed 4 v 5 happens and MAD is able to catch 3 for 1 over the extended fight. During that time, Humanoid continued to solo push top lane, continuing to grow his kit. 04 look to kill Akali 3v1 in the top lane and it all goes wrong. Humanoid is able to survive so long that his team is able to reinforce him as 04 lose four members. MAD moved onto Baron as they look to pressure the 04 lanes.

With Baron having worn off, MAD force a fight on the inhibitor tower, picking up three kills and pushing through the 04 base. With the 5v2 advantage, MAD was easily able to topple the Nexus and claim the game victory. 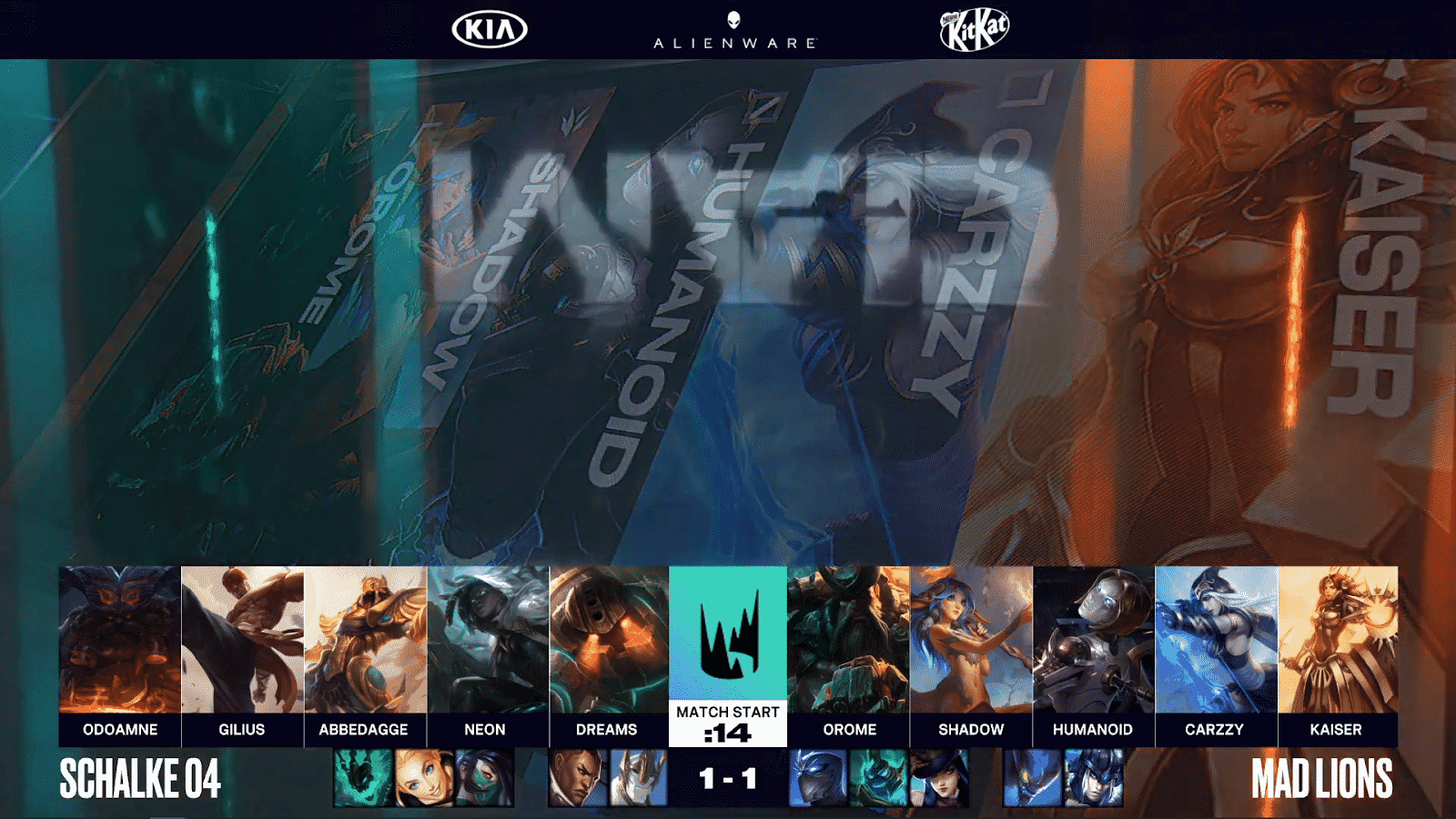 MAD take game 3 as they moved onto match point. First blood goes to MAD as it looked like it was all falling apart for 04. 04 try to make a play but MAD flip it over and chase them down, picking up first blood under the 04 tower. With game 3 being like game 2, much slower, the 16th-minute mark finally takes a fight that moved them to a near 4k lead.

As the game moved to the 22nd minute, MAD take their gold lead and over force. They lose 4 members for 1 in return as they half their gold lead. Minutes later, Gilius moves to the Drake, but his team gets engaged on by MAD. MAD did lose the soul for another 5 minutes, however, they win a close fight and pick up a Baron. MAD take that Baron and knock down an inhibitor and take two kills as they looked to rubber-stamp the game.

Then MAD get caught out in the 04 Jungle, a chaotic 5v5 sees just one member alive from each side. Shado0w attempt to do Drake, but is delayed by the 04 TP, as dead members respawn and begin to rejoin the fight. While Gilius picks up the Drake, Ashe is able to arrive sooner and cleans up as MAD moved onto match point. 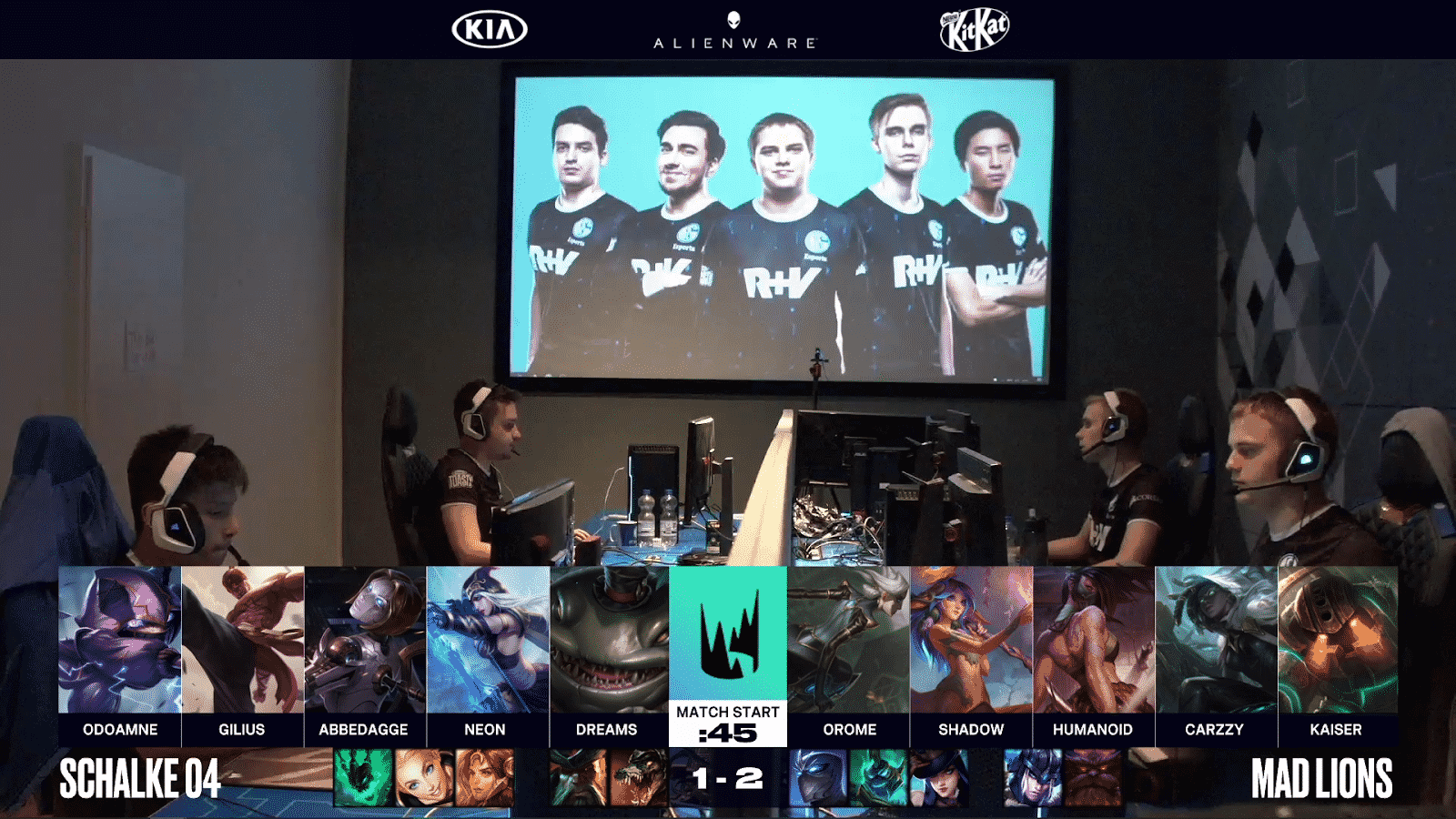 MAD manage to take the series 3-1 and book a place at worlds. First blood went the way of MAD again, with Humanoid able to pick it up. The kill is traded back, however, due to poor tower damage management. The game remained close into the 15th minute, with the looming elimination playing in the mind of 04 they don’t want to risk plays. That said, MAD still has a 1k lead.

With 04 pushing mid lane with Rift Herald, MAD counter and win the initial fight that comes after the fact. However, as they move to Drake, 04 pick up two kills as members respawn to pick up kills and the drake. Moving them onto soul point. The next fight goes MAD’s way as Baron spawns. 04 get 3 members caught into a Lilith sleep as they all get knocked down. MAD lose one member, but 04 get aced and lose the Baron.

MAD looks to have gotten the fight they need to crack the base. It’s chaotic and MAD just about manage to win with players left. While they don’t win, they crack open the base. The game-winning fight finally happens. MAD ace 04 and book their ticket to China, and a match against Rogue.

Dota 2: The Aghanim’s Labyrinth Update Road to Guangdong: How do Writing a Game and Writing a Book Differ?