The first of the three Round 1 LEC playoffs featuring SK Gaming v Schalke 04.

The first series is now upon us in the LEC Summer Playoffs. With the Schalke (“04”) miracle run in full flow, they faced off against fellow German’s SK Gaming (“SK”) to fight for their spot at Worlds. The winner of the series heads to the next round of Lower Bracket, while the loser would head home.

04 took a dominant first game win after a failed SK lane swap left them behind early. First blood fell to Senna in the bot lane after a lane swap by SK wasn’t mirrored on the 04 sides. SK decided to return to standard lanes after as the early gold lead leveled out. SK attempts a gank at 11 minutes as Lillia puts Senna to sleep. However, SK health bars are not large enough. With Gilius coming and Odoamne TPing in, 04 picked up two kills and a 2k gold lead.

SK make the next play after they picked up the top tower and Rift Herald, they got an early kill on Dreams. 04 are able to punish the low health bars and claim two kills in return, while Odoamne picks up the bot lane tier 2. The first Baron went to 04 after a 5v5 in the mid saw them take three kills, losing no one in return.

SK decided to push out the base to kill off Odoamne, however, with their base open 04 marched inside. As SK returned, they tried and failed to defend the Nexus as 04 took an easy game one, as they continue to keep the miracle run alive and kicking. 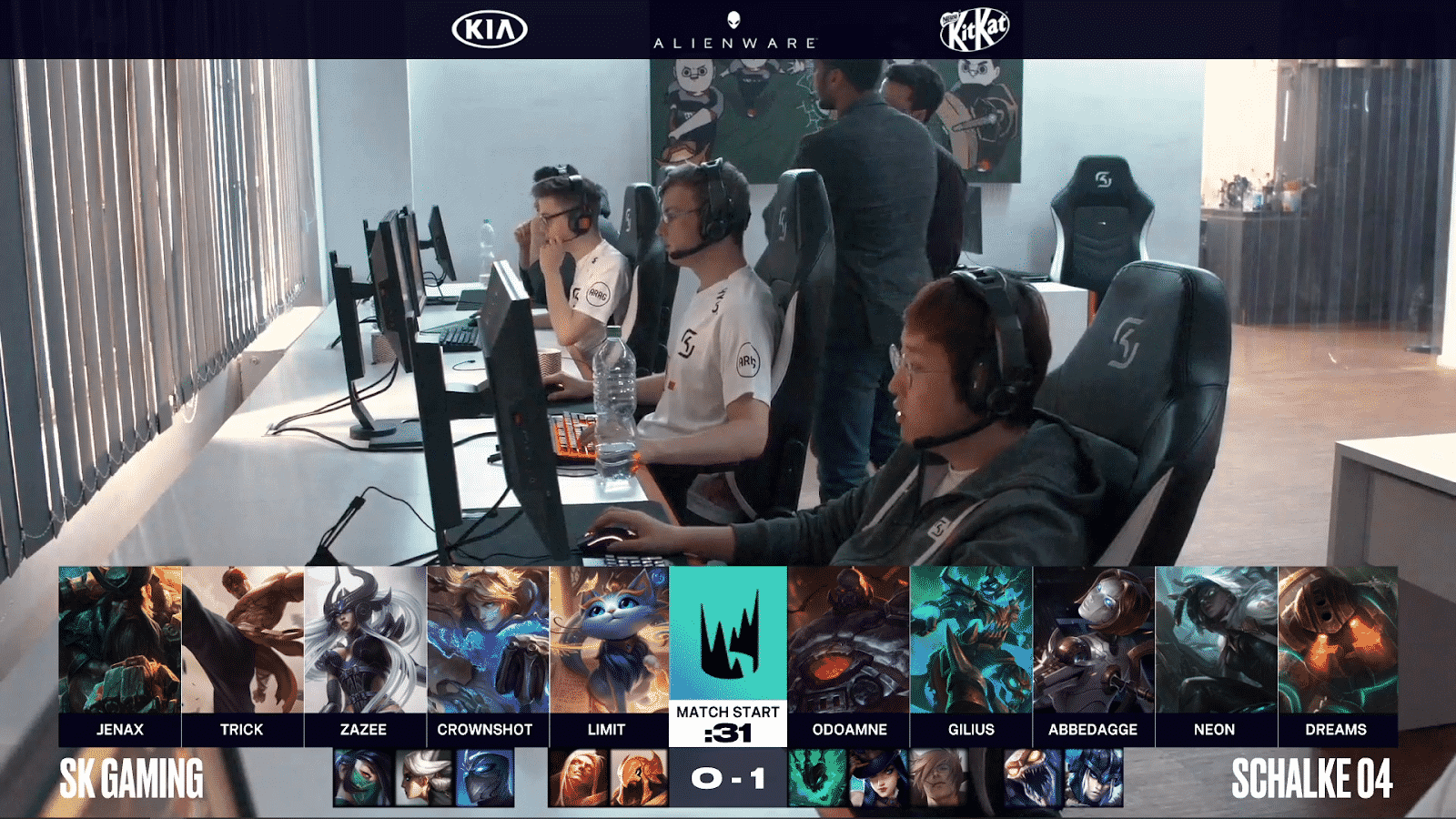 While not as straight forward as game one, 04 take another victory as they look to close out the series. This time around SK picked up first blood. A fight starts in mid lane top River, Trick is able to get the kill SK took a small lead. 04 caught out Trick in his own jungle, but SK traded one back as GP TPs into the fight. Abbedagge also picks up a solo kill on ZaZee, who had Flash and Stopwatch available.

The game had its first big moment around the third Drake. 04 pick up a kill on Trick, while SK picked off Neon. As TPs fly in ZaZee got caught out and dropped. Crownshot, with his Yuumi, attached he almost manages to clean up 04 but they escape with low HP. As he chases them down, he gets caught out and dropped by a perfectly timed Senna ultimate.

Crownshot gets caught and dies, as 04 moved to Baron as they secured it. In the follow up they clean up SK leaving just Trick alive. 04 take another 5v5, SK uses all their ultimates at the start of the fight, leaving 04 to clean up. With Trick on Drake, 04 pushed into the base as they go 2-0 in the series. 04 made it a clean 3-0 sweep as the brushed aside SK and moved into Round 2 of the LEC Summer Playoffs, and one step closer to Worlds.  SK picked up the game three first blood again, however, Abbedagge picks up three kills in reply. SK did manage to get the first Drake in reply and take a small gold lead. They kept up the pressure, and with the game approaching the 20-minute mark, the gold was nearly even, with so much on the line for both teams.

The game moved 04’s way at the 24-minute mark as SK moved for the Drake. Odoamne TP flanks as SK drop five kills to two. They then went on to grab both the Drake and Baron and their lead moved to 5k. SK uses four members to chase down Odoamne, who escaped as they lose mid inhibitor.

04 pull the trigger in the mid lane and collapsed on SK. Picking up three kills and moving into the SK base. With no one able to defend, SK fall flat as the 04 miracle run continues to march on. As for Sk, that defeat sees them eliminated from the LEC Summer Split.