The final game of the LEC Round 1 Playoffs took place between Fnatic and Rogue.

With a guaranteed spot at Worlds on the line, it was all to play for over on Fnatic. With Rogue already securing at least a Play-in spot, all the pressure is on Fnatic. Below is our full recap of the series between Fnatic (“FNC”) and Rogue (“RGE”). You can also catch the recaps of the Schalke 04 and G2 Esports victories.

FNC brushed aside RGE in a clean game one as they put the pressure onto RGE. First blood goes to FNC as Vander tried to stop the FNC recalls. Hylissang lands the outplay as Rekkles gets first blood. Moments later a 2v2 took place top, it looked good for RGE as they kill Bwipo, but Selfmade picks up two kills in return as Evelyn came online early. Leaving the early game FNC found themselves with a 4k lead and looking like they’ve found a playstyle just in time.

As the game approached 23 minutes, FNC moved to three drakes and force a Baron without RGE able to reach. The fight starts out in the pit but it’s FNC who take it, RGE killed Rekkles but lose 3 in return. FNC opened up the RGE base as they recalled as both teams prepare for soul.

Selfmade walked in stealth to the RGE base as he one-shots Hans Sama and FNC push down the base to take a surprising game one victory. 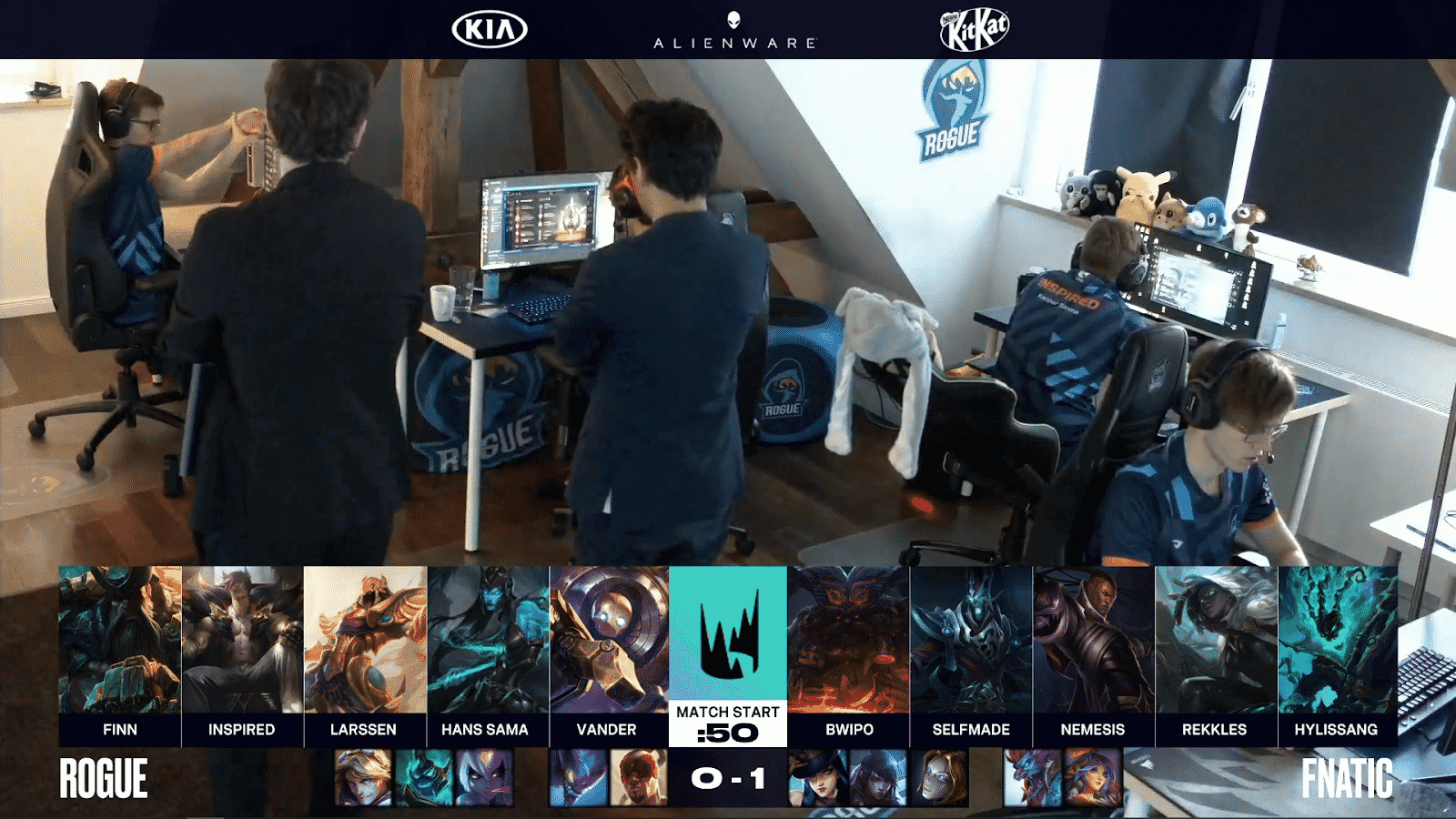 Game Two goes to FNC, while the game was slower RGE was unable to shutdown FNC. FNC again picked up first blood, as Bwipo gets in behind GP wiry Selfmade helping secure the kill. FNC while down on kills at 13, did manage to maintain their slight gold lead. With game 2 playing out much slower than the first.

Approaching the Baron spawn, FNC’s gold lead has dropped to sub 500g, with just 2 drakes as an advantage. The reality of going 0-2 is clearly played on the minds of RGE as they tried to play to their slower style. The mid-game fight looked set to break out over the soul point drake, however, with RGE taking too much HP loss they back away and give FNC soul point.

The fight happens at soul drake, RGE takes it quickly to avoid the Ocean soul going over to FNC. FNC take out Larssen instantly in the fight that followed, despite having his Flash available. FNC took the ace and lose two in reply as they claim Baron. That’s all she wrote. With a double TP behind RGE, FNC drops one early but they simply do too much damage as RGE drop and FNC move to match point. 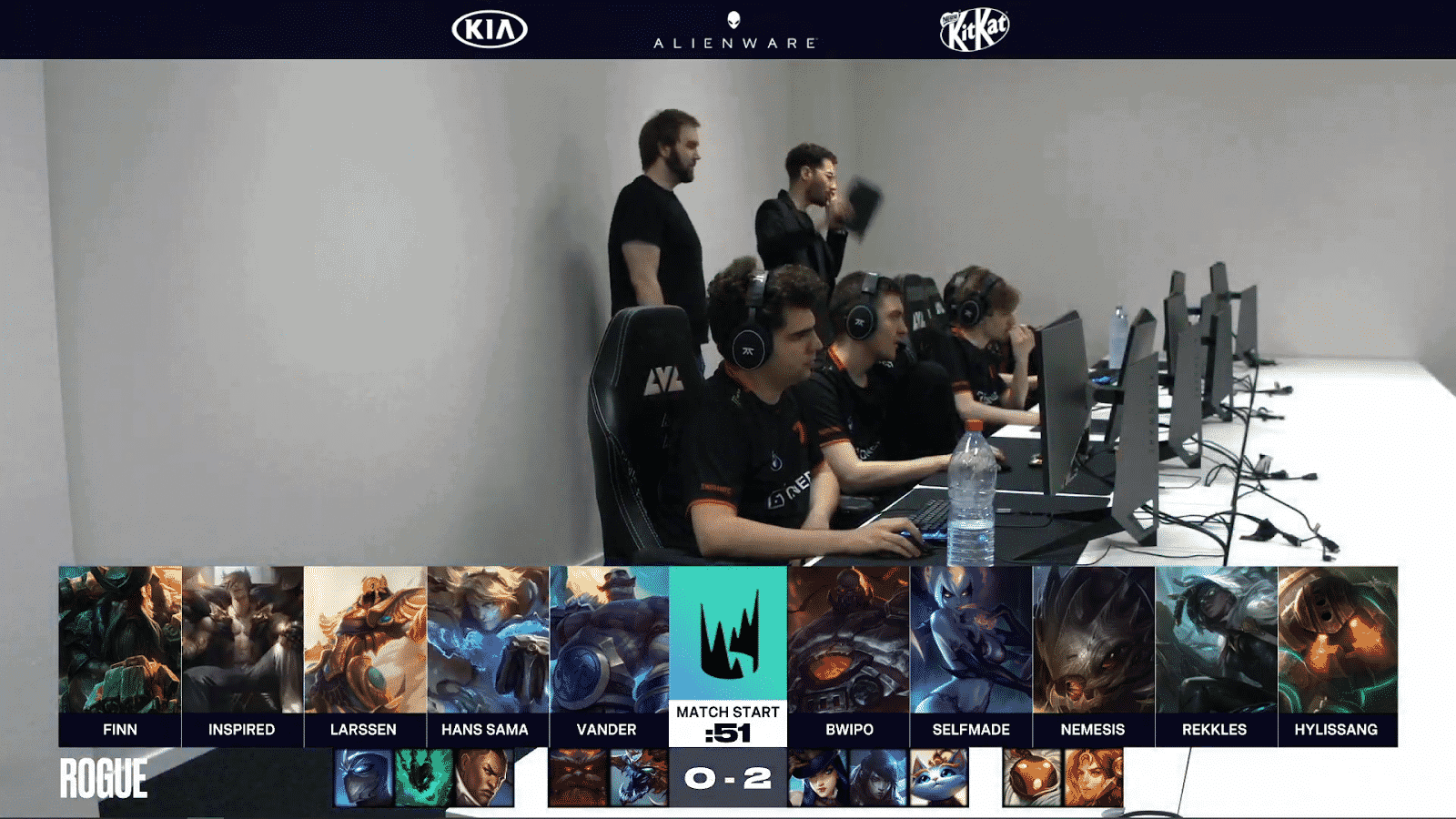 FNC look like a new team as they took the series 3-0. While no first blood, a level 1 late invade by RGE goes horribly. Selfmade clears his own wolf camp then steals away his own blue leaving inspired at level 2. Selfmade then moves bot side with a 2 level advantage on RGE. The extended fight goes FNC way, with Rekkles picking up 2 kills and double buffs with the overall fight going 3-2 to FNC.

FNC maintained their lead into the mid-game, as it began to look like their game to lose as they claim drake 2 taking a 3k lead. With Baron alive, FNC started it up but RGE sniffs out the attempt. FNC chase them down and claim the 3-2 victory in the fight. RGE claim the drake, delaying soul and take down two FNC members to delay the end of the game.

RGE again manages to steal the soul from FNC, with the fight going 1-1 RGE. With the Baron started, FNC gets it done. Selfmade finds the flank on RGE and they simply couldn’t handle the damage he puts down. FNC the engage in the river side and they clean house. FNC go 3-0 and set up a Bo5 against G2, as Rogue goes into the Round 3 Lower Bracket.