With the LEC almost back, ESTNN looks at how our teams stack up in the pre-season.

The League of Legends European Championship (LEC) is almost back. With an off-season full of roster shuffles, an influx of rookie talent, and some blockbuster departures. We’re going to give our pre-season Power Ranking for the 2021 LEC Spring Split.

After losing all but Nukeduck from their 2020 roster, Astralis, which rebranded from Origen, could be in for a difficult split. Bringing in four players from the European regional leagues; WhiteKnight, Zanzarah, Jeskla, and promisq to compete in 2021. After a disappointing showing in 2020, despite a roster that looked set to make playoffs and Worlds, Astralis needs to improve.

Sadly, this roster looks like one that’s being done as a hail mary. Throwing together a group of players and hoping for the best. Astralis as an organization hasn’t had the best year. And it looks like the LEC side might be going through the motions for Spring and Summer. That said, we’ve been wrong before and we’ll gladly be wrong again if it means four new players join the league and smash it. 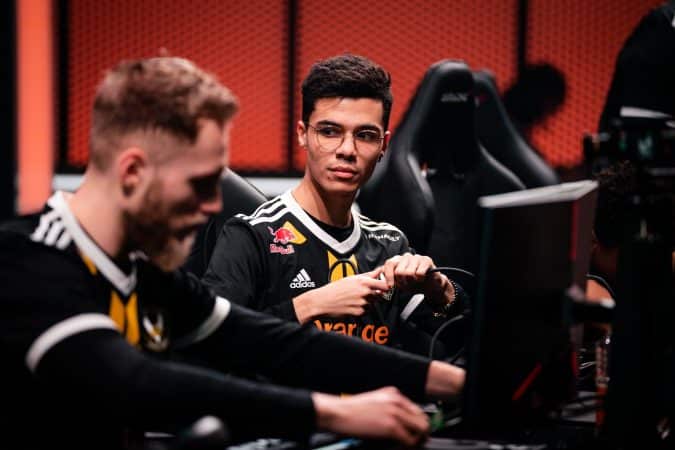 Team Vitality has struggled in the past few years, and it looks set to continue at least in Spring Split. Vitality has added Szygenda to the starting roster, with Academy players Skeanz making the step up. With three of the 2020 roster remaining, Vitality will need their new signings to click quickly or face a tough split.

Plus with other sides around them also making changes, they likely won’t take the 10th spot. However, someone has to — and Vitality looks like a roster that might struggle. With 2020 ending in 10th and 9th place finishes, Vitality will need to improve their form for 2021, having only made playoffs once in the past two seasons. A far cry from their appearance at Worlds back in 2018. 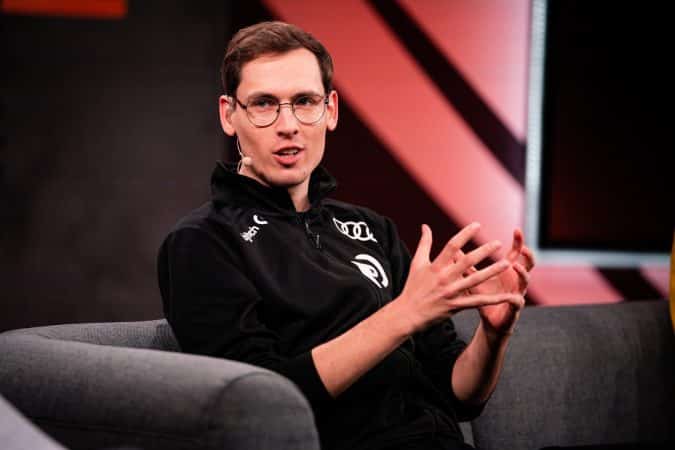 Misfits is yet another roster shaking things up for 2021, though we think they’ll be slow starters. With four new additions to the roster, it will likely be the change in the management that has the biggest impact long term. Former caster and Origen man Deficio has joined the organization as the Director of Misfits Gaming Europe.

As for the roster, it looks decent. Though with so many changes it will likely be battling with the other newer rosters for the end of the table. Obviously, with the success of MAD Lions in 2020 and Rogue, these rookie rosters could take the league by storm. For now, we think Misfits will be pushing the tail of the pack as they, like others, look to prepare for the Summer Split. 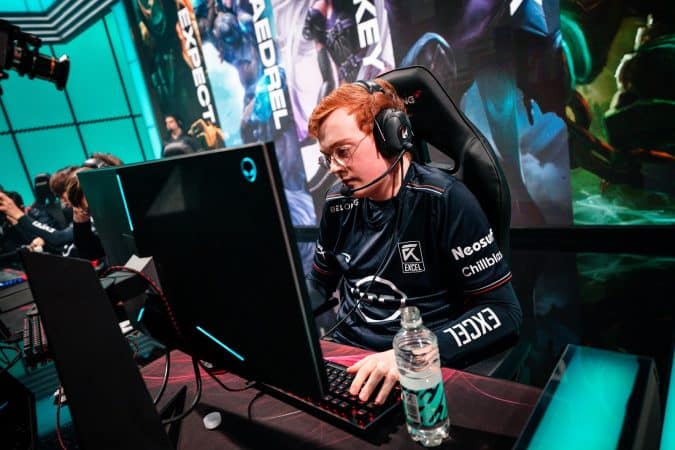 Tore was an important part of the Excel side in 2020

Excel has a weird 2020. It started well, and it looked like they would end 2020 in playoffs looking for a spot at Worlds. Unfortunately for them, Schalke 04 decided to go on a miracle run and it knocked Excel out of contention. For 2021, Excel has stuck with its bot lane and Kryze who joined in Summer Split for 2021. Dan joined from the Fnatic Academy and Czekolad from Rogue Academy.

All-in-all Excel looks to have improved, however, with two new players in the mid lane and jungle — a lot will depend on how quickly those two get going. A lot of Excel play will depend on synergy and how well the players can adjust to the changes to LoL in 2021. Excel will likely find themselves in the battle for playoffs, though we think Spring might be just a little early for the roster. 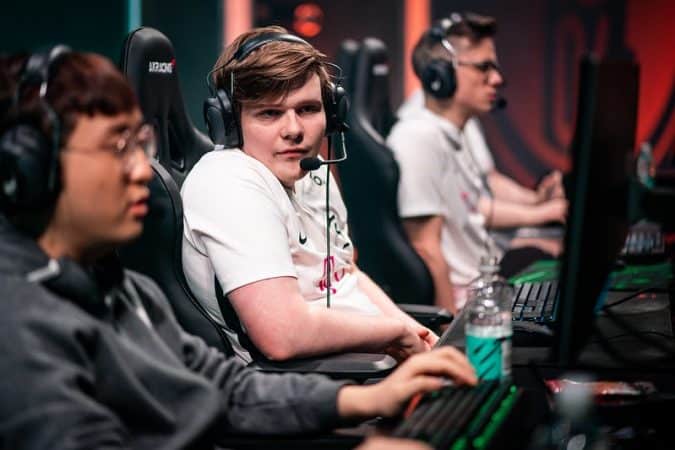 Jenas is the only member to remain with SK Gaming

After losing several players at the end of 2020, SK Gaming brought in four new players as they look to push on in 2021. TynX, Blue, Jezu, and Treatz join as rookies, with Jenax moving to the top lane from the SK Academy roster. After finishing the Summer Split in 5th, an 0-3 loss to Schalke 04 in the playoffs saw SK Gaming disappointingly end the season at the bottom of the playoff places.

2021 offers the side a fresh start, and a chance to mix it with the big boys. They’ll be in a fight for playoffs with Schalke 04 and Excel. We think SK Gaming will end up 6th. Though a playoff run will be a valuable experience for the rookie roster.

Also Read: Five LEC Rookies to Watch out for in 2021 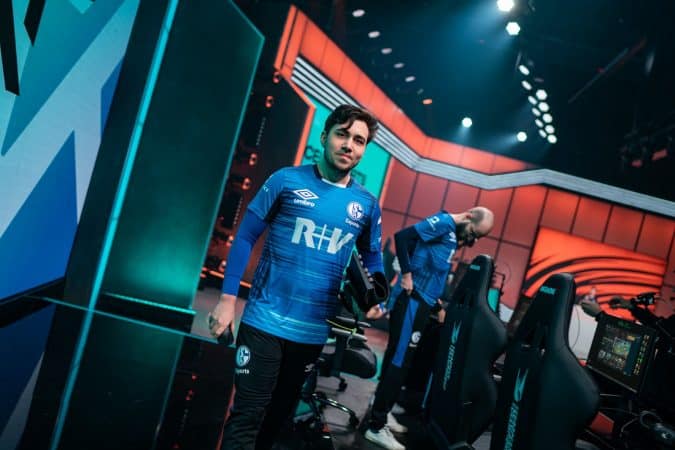 Gilius was a massive part of Schalke 04’s miracle run

Schalke 04 had one of the weirder ends to 2020. From a side in last place and looking destined to end the season at the bottom, the side’s miracle run saw them just one series away from Worlds. While they would ultimately fail to make it, if Schalke can take the momentum into 2021 and the new additions to the side can settle fast, Schalke 04 could be deadly.

Changes in the top lane and support should see Schalke kick on in the Spring Split; with Broken Blade coming in from TSM likely to be the biggest improvement to the side. The best news for Schalke fans was the news that jungler Gilius and mid laner Abbedagge have stuck around for 2021. Lastly, Schalke has moved Academy ADC, Neon to the starting roster, as they look to freshen up the bot lane. 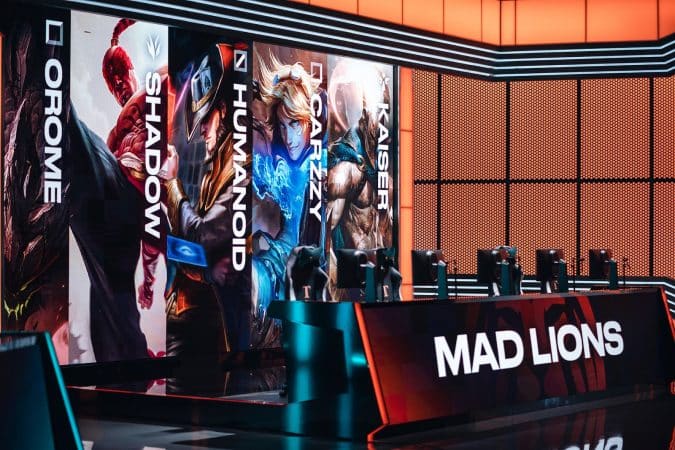 While most of the sides in the top 5 have improved or stayed the same. MAD Lions looks to have taken a step backward. While we think Armut is a great pickup in the top lane — the swap of Elyoya for Shad0w will be the biggest sticking point for this new roster. Crazy and Kaiser staying in the bot lane is huge for MAD; though the loss of coach Peter Dun might have more severe ramifications.

The good news for MAD is that it doesn’t look like they’ll face too much challenge for the remaining six sides behind them. While Schalke 04 and SK Gaming will be breathing down their neck, MAD Lions should be a safe bet for playoffs as their latest additions settle in. 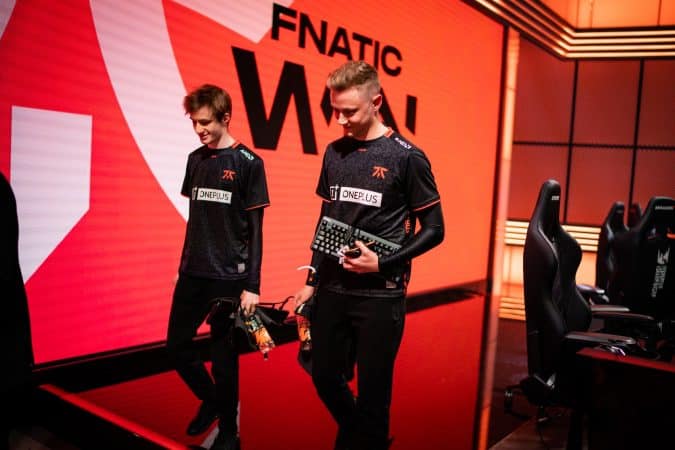 How will Fnatic manage with the loss of their mid laner and ADC?

It just wasn’t to be for Fnatic in 2020. The side lost out twice to G2 Esports in regional finals before failing to advance past the first knock-out round at Worlds. While it was expected that Nemesis would leave the roster, it wasn’t expected that Rekkles would end up moving to G2 Esports with Upset joining in his place.

For Fnatic, it looks like a case of one step forward, one step back. While Nisqy is an upgrade over Nemesis, Upset won’t be seen as an improvement over veteran ADC Rekkles. The rest of the roster has remained, while Yamato has joined the roster as the coach. Spring Split will need to be a gelling period for Fnatic, with the target of Summer Split and Worlds 2021 the main goal. 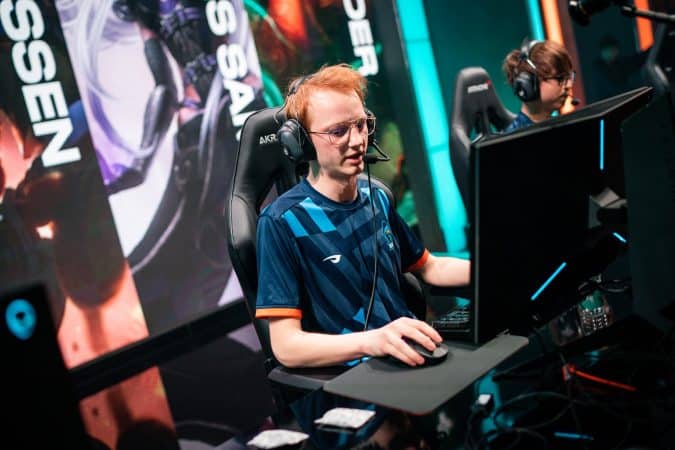 Can Larssen continue to prove his value in the mid lane?

Rogue gave a strong showing in 2020, at one point evening looking like a possible split winner. Despite ending up third, Rogue was given arguably the toughest possible Worlds group and ultimately went home in the Group Stage. With Odoamne and Trymbi joining the roster in the starter roles, Rogue is looking to improve on their largest weak points. Former top laner Finn was singled out for criticism during playoffs and Worlds; his safe playstyle’s been seen as an issue for a Rogue side that seemed to have the makings of a more aggressive style.

Finn has since parted ways with Rogue, and Odoamne are seen as improvements in the role. With Vander joining Misfits, Rogue looked to Trymbi to strengthen their bot lane. This could be the year we see Rogue push for a second-place spot at least, with Fnatic doing another mini rebuild, Rogue could be perfectly placed to pounce. 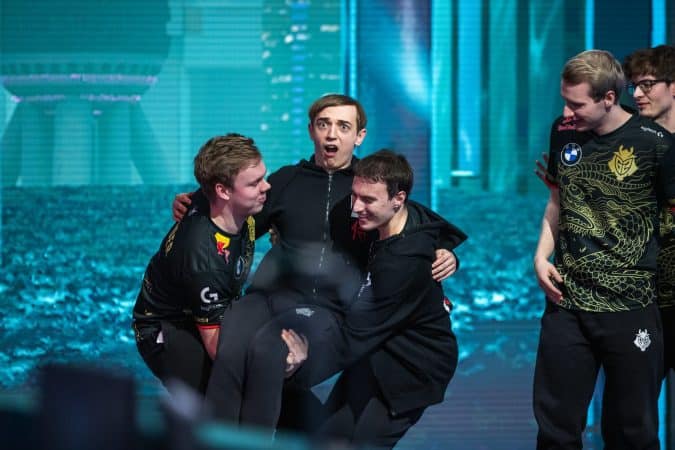 Surprise, surprise. G2 Esports is, yet again, our top team going into the new season. After winning yet another LEC split back-to-back G2 go into Spring arguably stronger than they came into 2020. With the pickup of Rekkles for long-time member Perkz, G2 Esports will be the team to fear in 2021 yet again. Despite Perkz being more than comfortable in the ADC role, Rekkles is a veteran at the role.

As with all new additions to a roster, the caveat that a new ADC will need time to bed in. As for the rest of the squad, they’ve kept it all the same for Spring. So it’s very likely that we’ll see G2 Esports in yet another LEC Grand Final. With teams behind them mostly rebuilding or making multiple roster changes, G2 yet again find themselves as the most stable roster in the LEC. Something that will likely aid them in the first split of the year.