Weeks of regular-season action and playoffs are behind us. Ten teams entered, but only three remain.

Here we sit, just days away from an LEC Grand Final that could be without Fnatic or G2 Esports for the first time in the league’s history. While the League has had one other winner, on Sunday, we may have neither of them fighting for a title. With just three teams left, we know Fnatic won’t be there, but can G2 Esports continue their dominance of the LEC?

While the Spring Split saw G2 finish in first place, though they did so with an equal record against this weekend’s opponent Rogue. G2 finished first due to their 2-0 record over the second-place side, something that will give them a mental edge over Rogue. Though G2 Esports has been far from their best in the playoffs. Almost falling to Schalke 04 in the first round, they went on to lose to MAD Lions last weekend, mirroring a similar result almost a year ago today in the 2020 Spring Split. G2 Esports did bounce back from that defeat to MAD Lions, though whether they can do the same again is another question.

With Rogue standing in their way, looking to hit back on their 0-2 record in Spring, Rogue could spring a surprise. After being criticized for their loss to MAD Lions, and not receiving rave reviews from their series against S04, despite winning. Rogue comes into the series as underdogs, though most people do against G2 Esports. The key for Rogue will be exploiting weaknesses in G2 Esports’ game. Rogue plays best when they stick to what they do best, against G2, however, they tend to try to match G2, something they inevitably fail to do.

While the romance of a Rogue vs MAD Lions Grand Final fills fans with joy, G2 vs MAD probably offers us even more excitement. It probably won’t be a 3-0, though it’s hard to think it’ll be that close. Rogue will likely pick up a game in this series since G2 tends to be susceptible to a poor game or two. 3-1 seems like a likely score, setting up a Grand Final against MAD Lions. 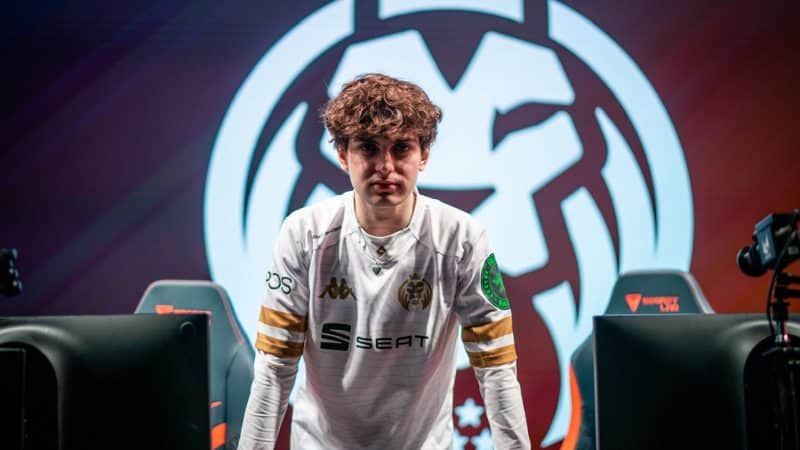 After finally shown the potential everyone saw in them at the start of the season, MAD Lions look like a side that could win it all. Based on the above, MAD Lions should be facing G2 Esports, though MAD Lions will believe they can best either of them, having already done so in these Playoffs. There’s always a saying before big sporting events “you’ve got to beat the best to be the best”. MAD Lions has beaten the two sides that finished above them in the Spring Split, so they’ll come into a Grand Final believing they can do it again.

Fnatic make the Grand Finals weekend, via the analyst desk

For Fnatic fans, you’ll at least have Bwipo at the Grand Finals. Announcing on his Twitter, Bwipo revealed he’ll join the desk.

I'm grateful to announce I'll be joining the analyst desk over at #LEC this weekend!

Hoping that I'll be able to bring a positive contribution to the #LEC despite a poor split from me.

Bwipo is always popular with fans, his knowledge and charm always bounce off the others on the desk. We’ll also likely get insight from him about how Fnatic did in Spring Split and how they’ll try to prepare, and more importantly, improve ahead of Summer Split.

The LEC Finals weekend gets underway this Saturday with G2 vs Rogue, with the Grand Final taking place the following day. The event will take place in the LEC studio in Berlin.