The Legend of Zelda: Link’s Awakening is more than two and a half decades old, so it goes without saying that many who’re playing the recently released remake will be intimately familiar with every tiny little detail in the game. That said, for those who’s experiencing this classic for the first time, it can be a complex game, especially since there’s so much it doesn’t tell you. In this we’ve feature, we’ve compiled a few tips and tricks that you should keep in mind while you play Link’s Awakening which are sure to make life in Koholint Island much easier for you. With all that out of the way, let’s get started. 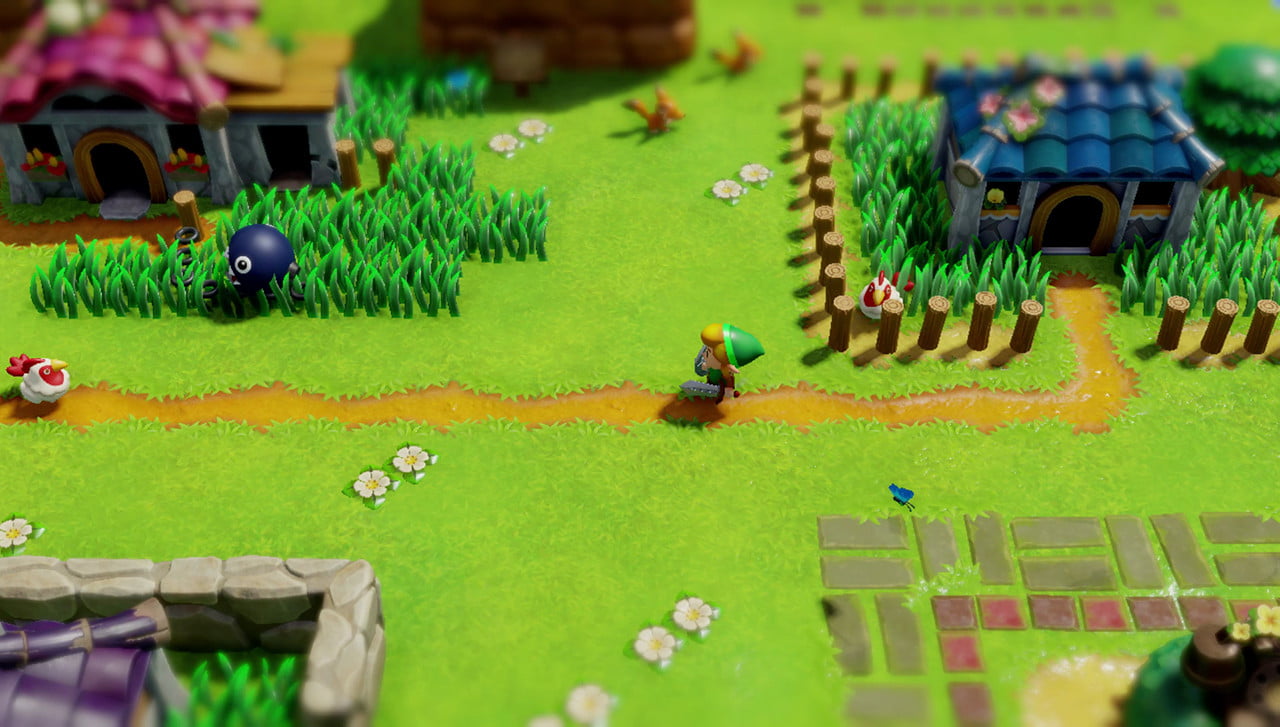 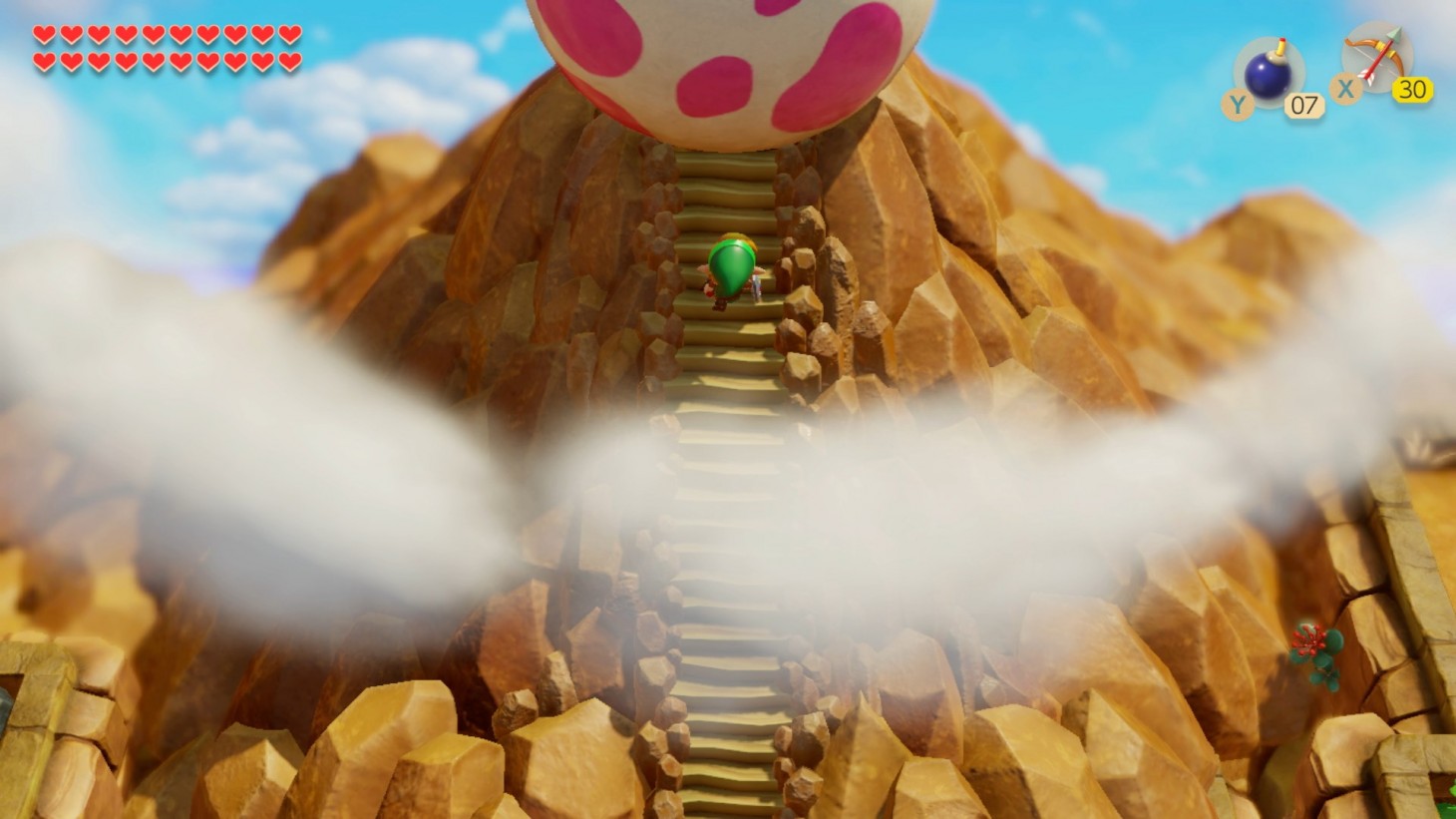 When Nintendo released Link’s Awakening DX for the Game Boy Color, they didn’t just make the game look prettier. They also added a whole new dungeon to the game- that dungeon is, of course, in the remake as well, and though it’s optional, it’s recommended that you tackle it regardless. Once you’re done with the third main dungeon, you can take on the Color Dungeon (head to the library in Mabe Village if you can’t find it). Completing the dungeon rewards you with either a red tunic to enhance your attacks, or a blue tunic to enhance your defence, and no matter which one you choose, the reward is well worth the effort. 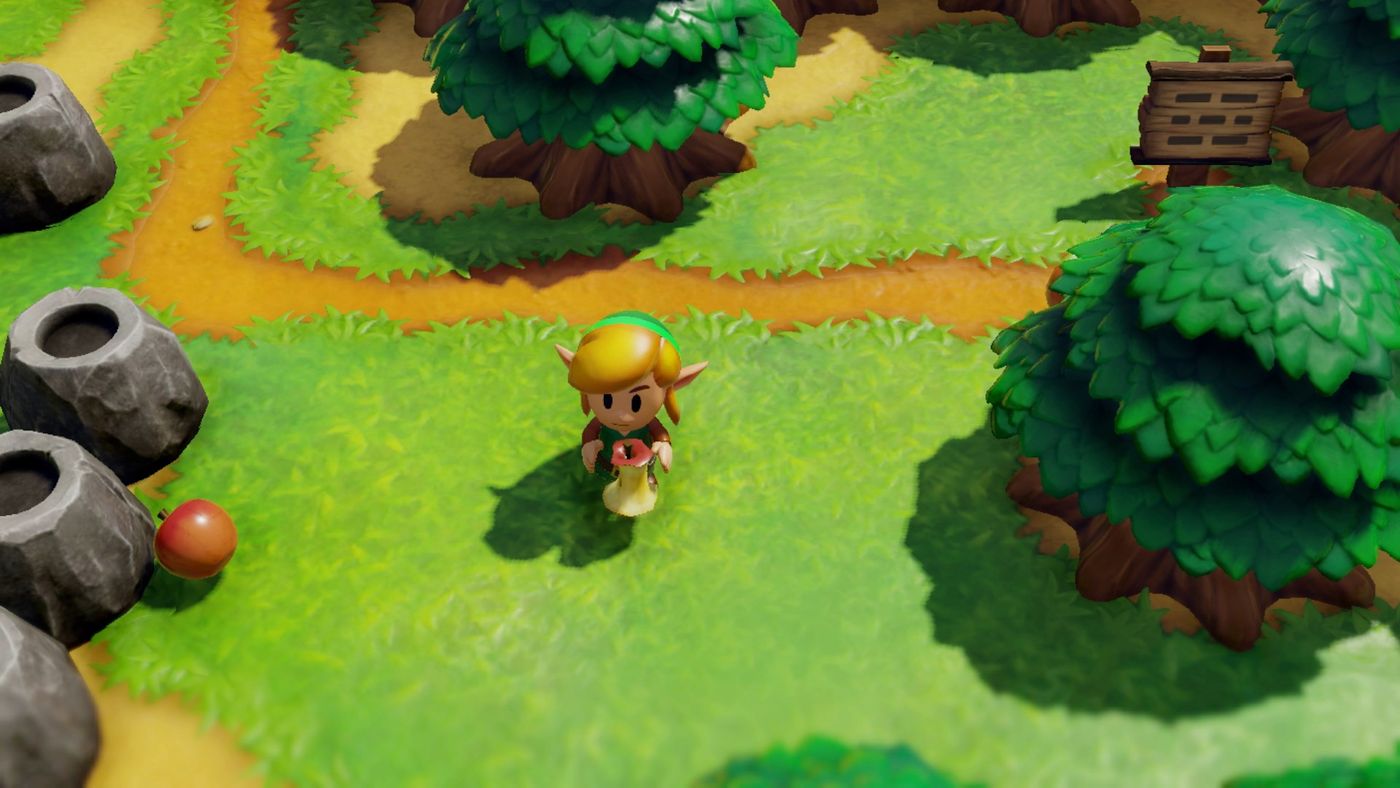 This is something that’s second nature to anyone who’s played a Zelda game before, but it’s still worth mentioning. Scattered throughout Link’s Awakening’s world are Heart Pieces- collect four of these, and you add an extra heart to your life. Always be on the lookout for these. Looks for caves, hidden rooms, nooks and crannies- basically, just explore your surroundings thoroughly to make sure you’re not missing any Heart Pieces in your vicinity. 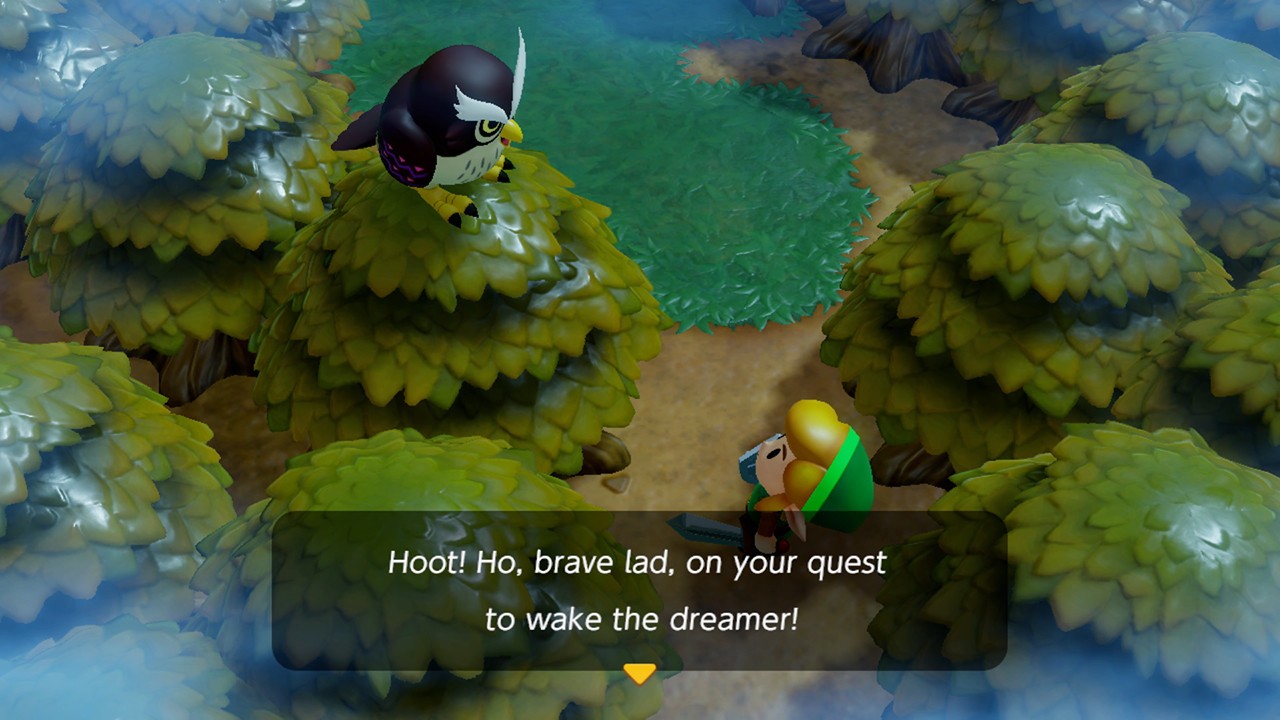 Heart Pieces aren’t the only reason to explore your surroundings thoroughly. Also scattered throughout Koholint Island are Secret Seashells- collect all of them, and you’re rewarded with the Koholint Sword, a much more powerful weapon than the sword you start with. As such, while you’re exploring keep an eye out for places that could be hiding Seashells as well. Once you’ve collected a certain number of Seashells, you can turn them in at the Seashell Mansion to get a Seashell Sensor, which does exactly what its name suggests, making finding said Seashells much easier going forward.

With that onslaught of the word “Seashells” out of the way, let’s move on to the next tip. 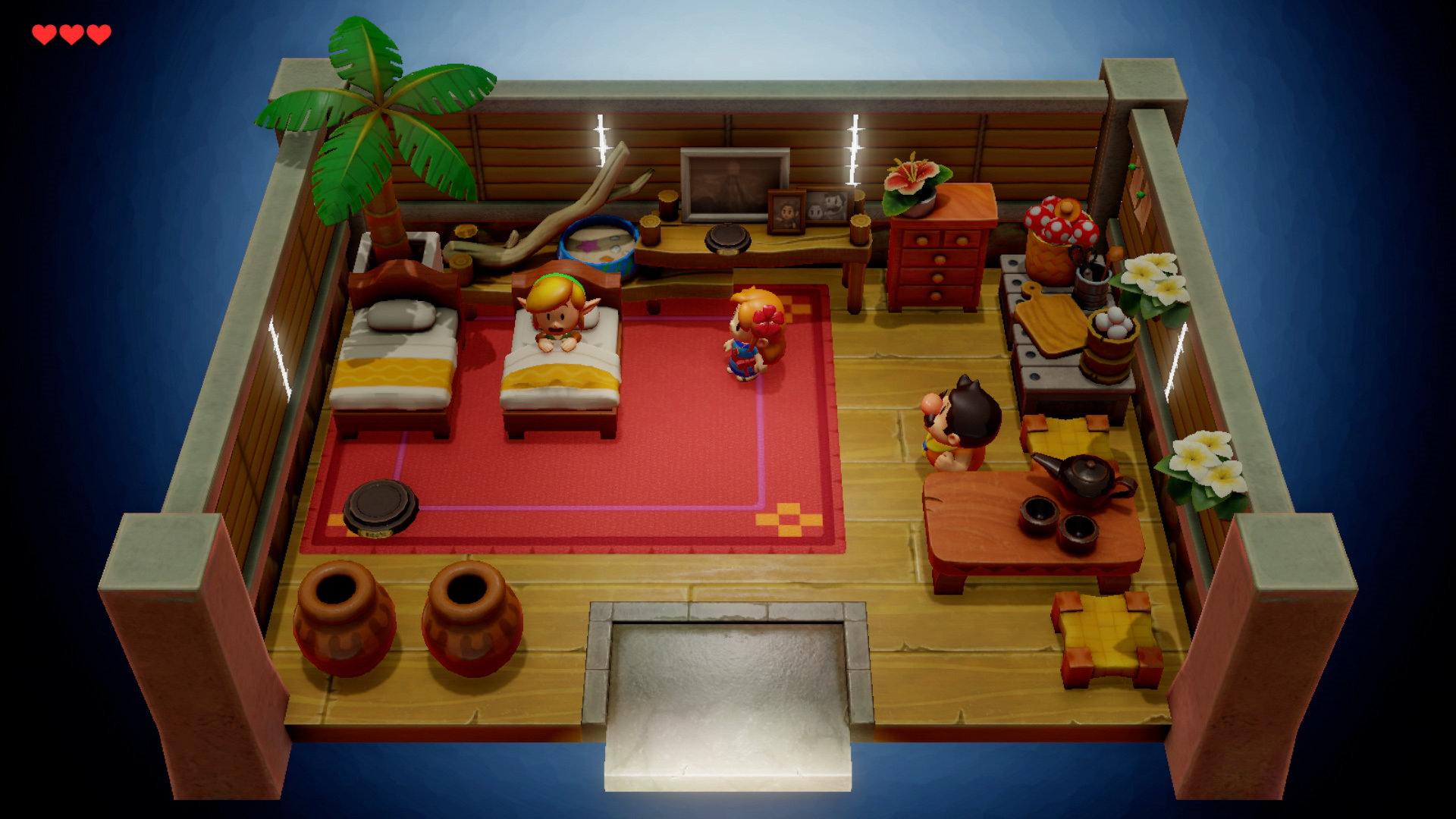 Koholint Island is a much bigger place than it seems to be- well, it’s more dense than it is big, but getting from one end of the map to the other still takes time. Throughout the game, you’ll be doing a lot of backtracking in the overworld as you go from one location to the next. Thankfully, there are Warp Points scattered throughout the map that you can fast travel to and from. So make life easier for yourself, and when you enter a new area, keep an eye out for Warp Points. If you spot one, activate it immediately. 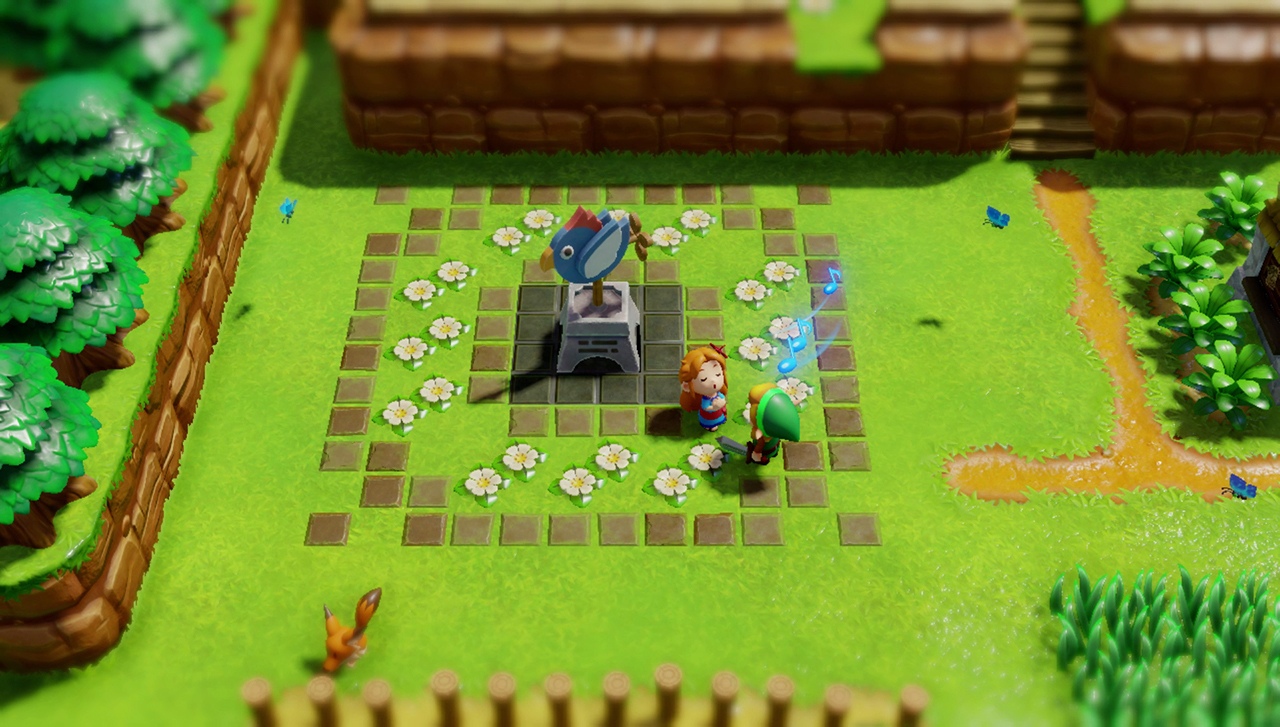 The Warp Points aren’t the only way for you to fast travel to a fast travel location, and about halfway through the game, you can get the ability to fast travel from anywhere (though you can still only travel to Warp Points). After the third dungeon, head to the Dream Sanctuary in Mabe Village ad get the ocarina. Then, after the fourth dungeon, enter the cave to the left of the dungeon’s entrance. Here, a frog will teach you how to play a song on your ocarina that will let you fast travel from anywhere. When you’re inside dungeons, this song also lets you warp back to the dungeon’s entrance, which is also pretty handy. 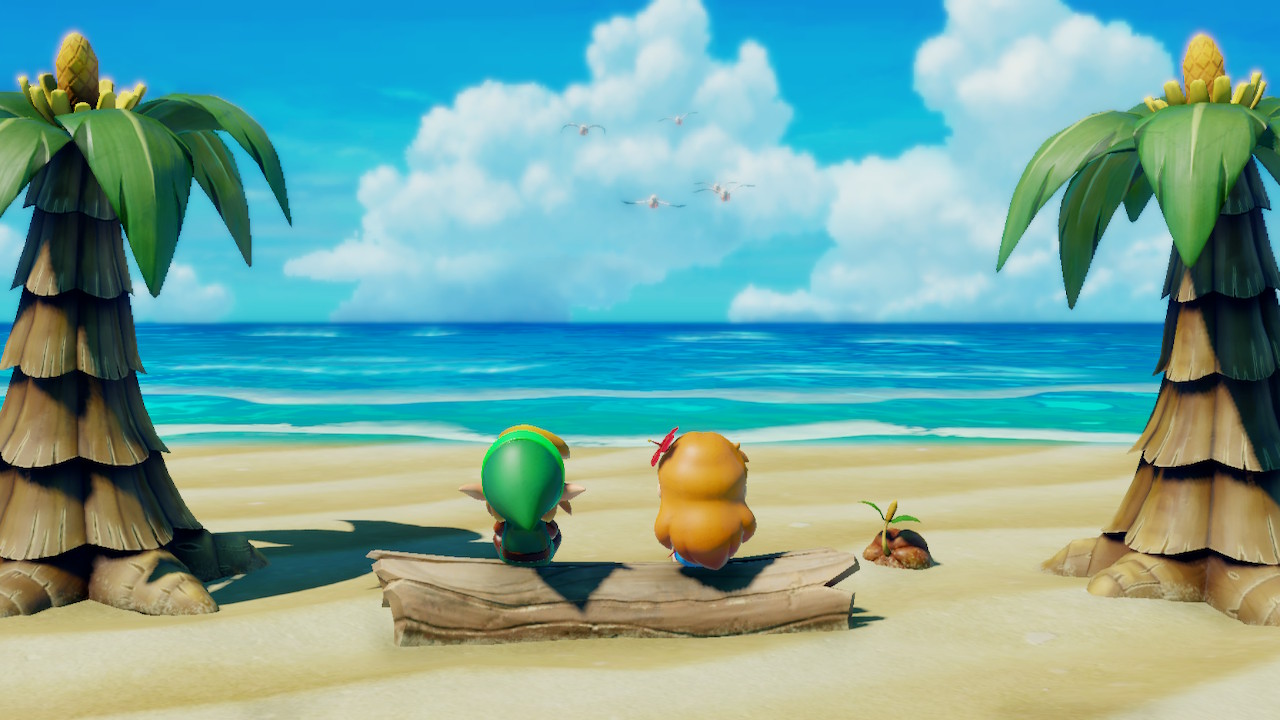 Link’s Awakening had an infamous, winding trading quest that drove many of us crazy when the game first released. It essentially saw you giving various NPCs things they were looking for, which they’d trade you for another item, which you would take to another NPC to repeat the process for a total of 14 times. And of course, it’s been brought over in the remake as is. As you’re playing through the early stages of the game, you might think it’s completely optional (hell, if you play a certain way, you might not even know it exists)- but it isn’t. To finish the game, you will need to complete the trading quest, so make sure you keep up with it. It begins with getting the Yoshi Doll at the Trendy Game shop and then giving it to Mamasha, who lives in the northernmost house in Mabe Village. 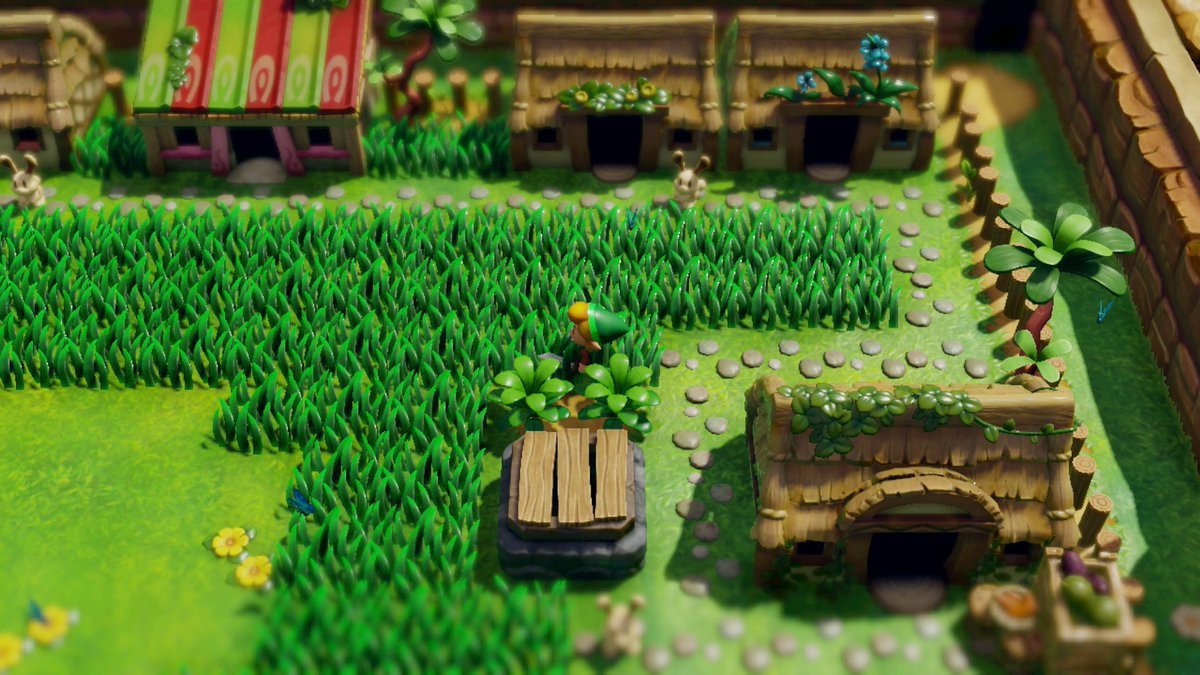 The Trendy Game shop is a place you might be avoiding in the beginning, either because the game doesn’t really tell you to pay any attention to it, or because you might think it’s just an ancillary minigame that you can completely ignore. Well, not really. For starters, you get the Yoshi Doll through that minigame, which we’ve already mentioned. On top of that, by playing the minigame you can get various other rewards, such as a Heart Piece, or extra rupees, and you can get it all pretty easily, too. So make sure to keep checking back into the Trendy Game shop every now and then to try your hand at the minigame. 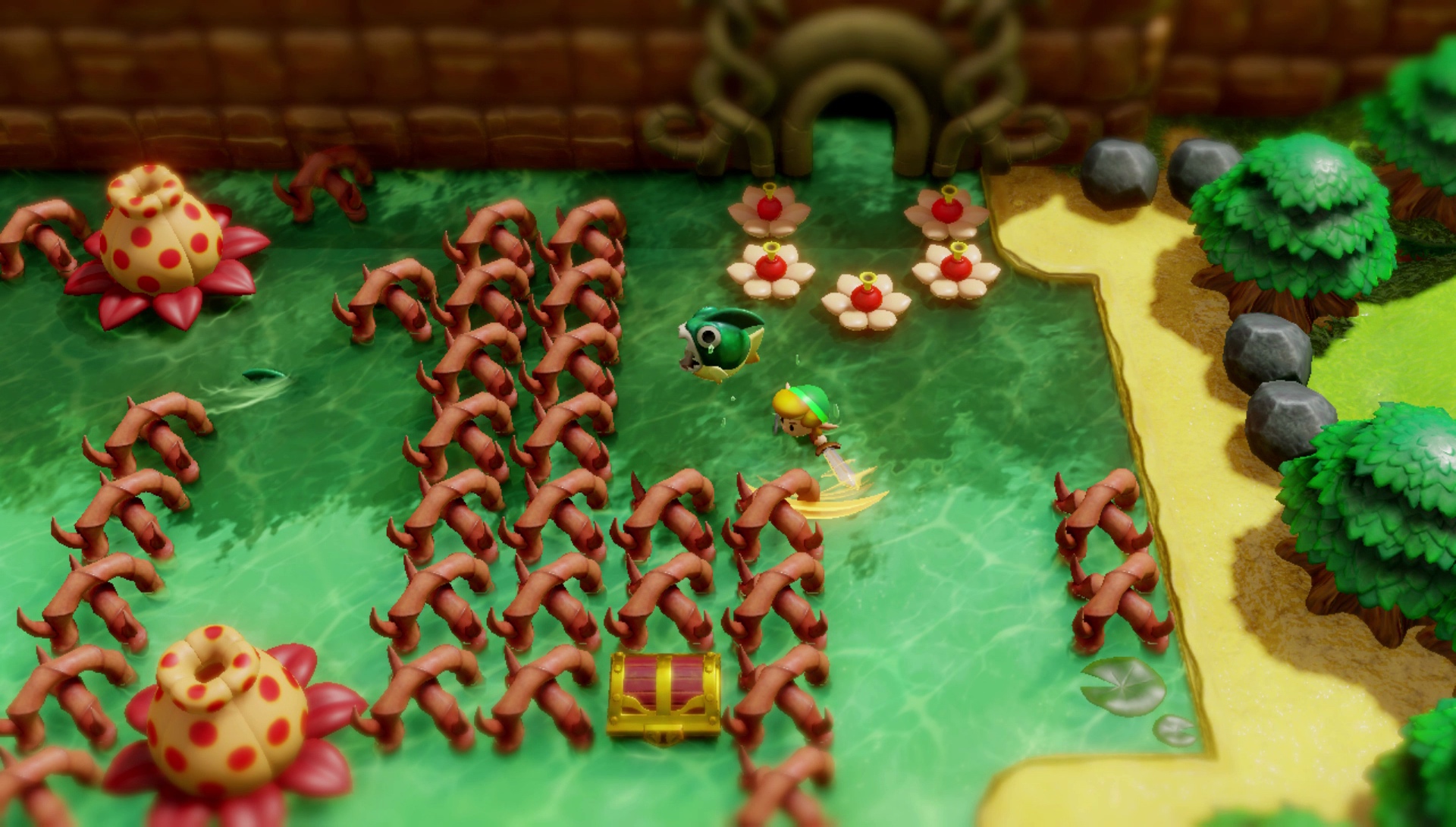 Fishing is another minigame in Link’s Awakening, and this is one that you really can completely ignore- but this, too, is one that rewards you with some interesting stuff. For starters, there’s a Heart Piece here as well, while you can also net some extra rupees. Meanwhile, at the bottom of the lake there’s also an empty bottle, which you can use to store fairies, which in turn come in extremely handy when you’re low on health- so take out some time from your quest to awaken the Wind Fish and do some fishing in Mabe Village. 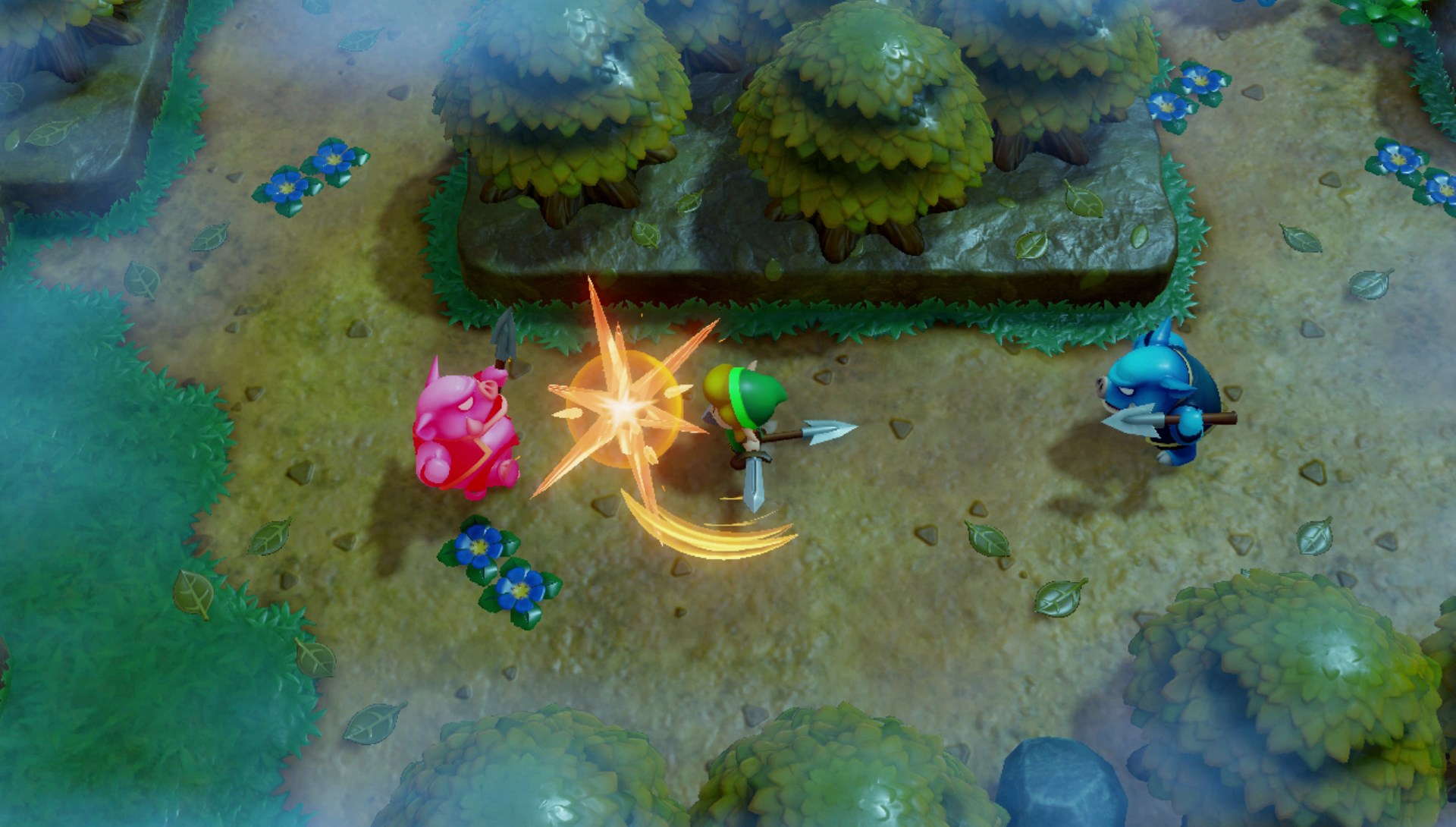 Keep visiting the shop in Mabe Village- it sounds like a very basic thing, but it’s also extremely important. The shop is where you can buy and restock bombs, and it’s also the only place in the entire game where you can get a shovel and a bow You’ll need the shovel to find Secret Seashells, while the bow is a very useful weapon- and also required to get through the eighth dungeon. So yeah, the shop stocks some pretty useful stuff, which means you should keep checking in to see what’s on sale. 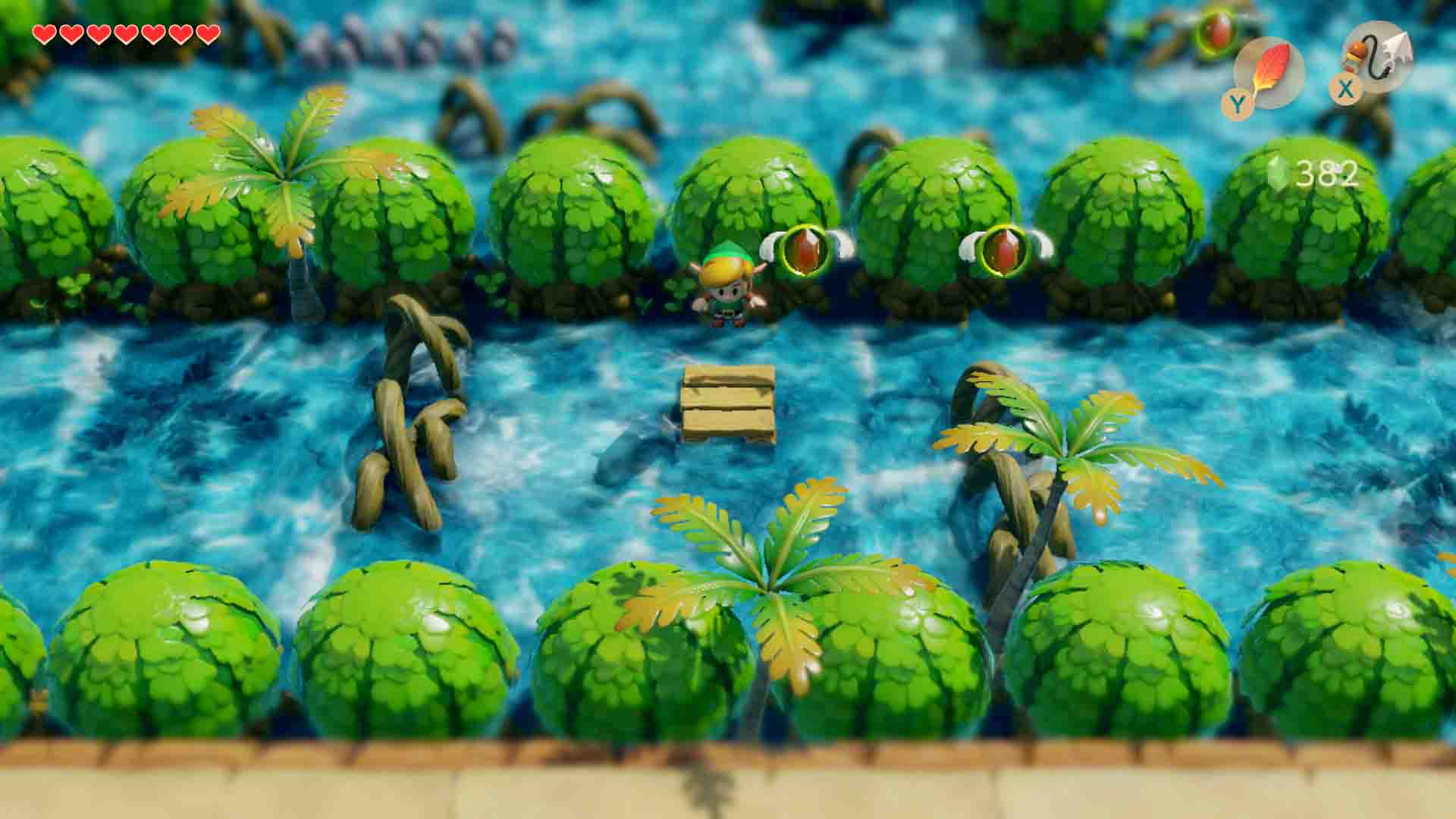 Here’s the thing about the shop- as useful as the stuff that it stocks is, some of it is pretty costly. The shovel, for instance, costs 200 rupees, while the bow costs a whopping 900 rupees. If you’re looking for an easy way out rather than actually spending the money though, here’s some good news for you. You can steal whatever you want. Pick up the item you want, stand in the corner of the shop, and then make a run for it. You have to time it right, so the shopkeeper doesn’t see you. Stealing anything will mean that for the rest of the game, every character will call you “THIEF” rather than using the name you start the game with… but hey, being called “THIEF” is cheaper than spending 900 rupees on a bow. You could also just name yourself THIEF when you start the game to really show the game who’s boss. 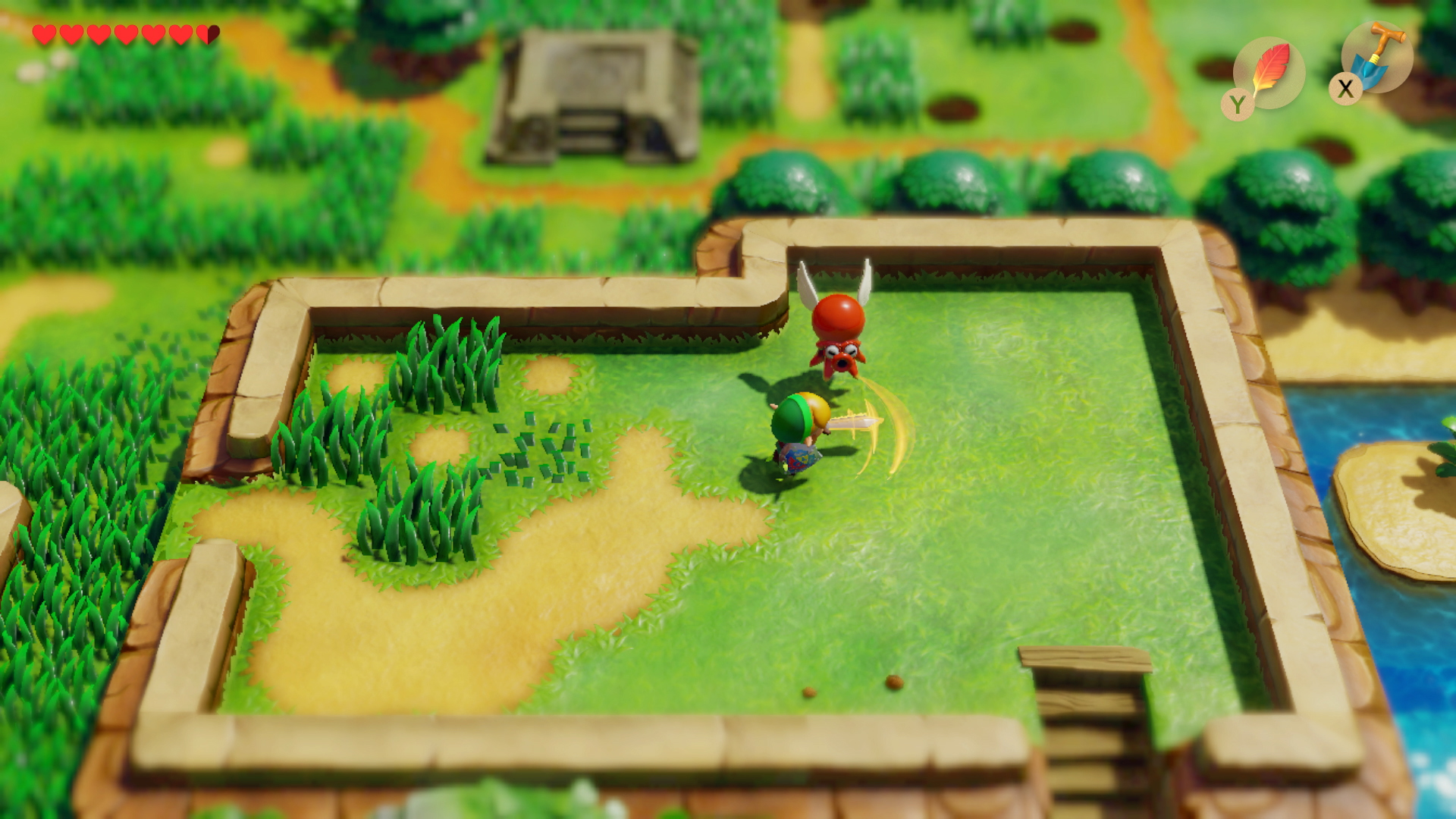 If you’re a goody two-shoes, want to be an upstanding citizen, and would really rather not steal, you’re going to need plenty of money. Thankfully, there’s a fairly easy way to farm all the cash you want. Once you’re done with the fifth dungeon, you’ll be able to access an area where you can play a minigame called Rapids Raid. Playing this minigame is a quick and easy way to get a bunch of rupees. 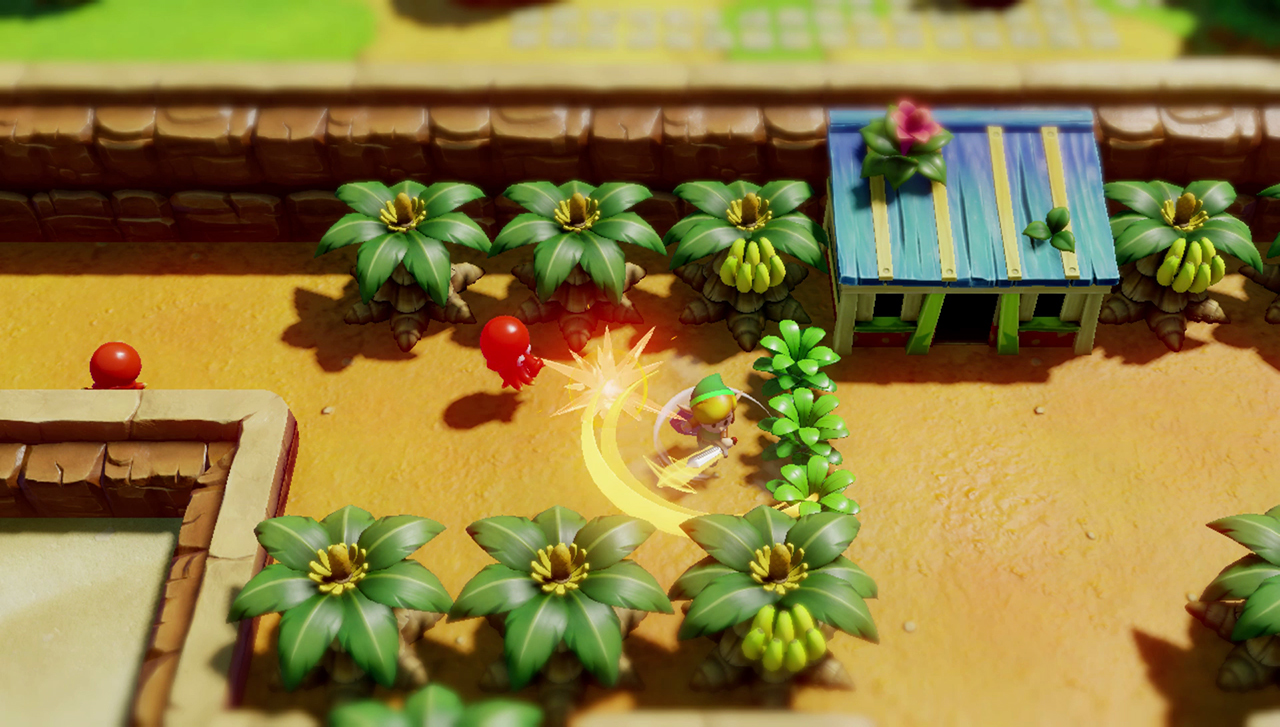 Link’s Awakening has bombs, and it has arrows, but it doesn’t have a single weapon called bomb arrows. You can, however, make bomb arrows of your own. Simply equip both at the same time, and then press both their buttons together to make Link fire a bomb arrow. It’s not something you’re ever required to do, but it’s quite useful, and packs a hell of a punch.