The first LEC weekend ended on Sunday, and there were definitely some surprises.

After the first week of the League of Legends European Championship (“LEC”), we have some interesting results to look at. Astralis didn’t tank the first three matches, but they are tied with MAD Lions, G2 Esports and Rogue, the strongest teams of the Spring Split. Also, the three giants, including this year’s MSI participants are not 3-0 – but Misfits is.

With Abbedagge gone, it falls on Sergen “BrokenBlade” Celik to be the carry of his team, but it’s hard to do that when no one else on his team got a single kill in the match against Vitality. Nevertheless, the “Schalke beats G2” meme is still very much alive. Martin “Rekkles” Larsson and co. couldn’t get a gold lead even for a minute against Schalke. But we doubt Schalke can play like they played against G2 all season.

Excel Esports failed to make playoffs yet again in the spring. The problem then was that the only gameplan they had was hard scaling, and that’s easily exploitable by better teams. When they tried other compositions, they failed, so they obviously had to change it up for Summer Split.

Instead of doing that, they embraced their Spring identity by bringing Erlend “nukeduck” Holm into the roster. They also singed Petr “Denyk” Haramach, Misfits former support sub. But instead of Nukeduck playing his signature picks like Corki, he played the likes of Viego and Akali, who, despite being arguably the strongest mid laners right now, are not the Danish veteran’s style. This, along with weak performances across the board, meant that Excel finished with 1-2, only beating the weakened Schalke 04.

After the real winners, we have to look at the biggest losers of Week One. SK Gaming is the only team that went 0-3 in the Super Week, losing to Astralis, Misfits and G2 Esports. The most tragic thing about their games is that they were in the lead for the majority of the match against Misfits Gaming, and they just got the gold lead against Astralis before losing a crucial team fight that saw their Nexus fall.

Erik “Treatz” Wessén had some weak games, but played a great Nidalee against G2. As a result, it doesn’t seem that his transition to the jungle from the support role is the problem. Mihail “Twohoyrz” Petkov played great in the first two matches, proving that he’s a worthy stand-in for the team. While SK’s botlane was quiet in every match, and Janik “Jenax” Bartels didn’t have a good performance, the problem lies within the whole team’s decision-making. They call the wrong shots in the most crucial moments, as we’ve seen in their game against Misfits. It’s one of the bigger surprises of Summer so far, given that their coach returned to the support role, so leadership shouldn’t be a problem.

Team Vitality changed the majority of their roster after the Spring Split, where they placed last. Bringing in Oskar “Selfmade” Boderek, Adam “LIDER” Ilyasov and the rookie Enzo “SLT” Gonzalez, they really stepped up their game – at least in theory. In reality, the team placed sixth after the first week, tied with Fnatic, Schalke 04 and Excel Esports.

Vitality had a very strong game against Schalke 04, but lost their lead against Rogue and failed to gain momentum against Misfits Gaming. The new lineup is good, but they definitely need more time to find synergy.

With Gabriel “Bwipo” Rau’s debut in the jungle, Fnatic looks to shake things up for the summer. Honestly, the transition seems to be a positive thing for them after the Super Week. Bwipo had great performances against Misfits Gaming and Rogue, even though he played a very unorthodox Teleport-Smite Karthus against Rogue. 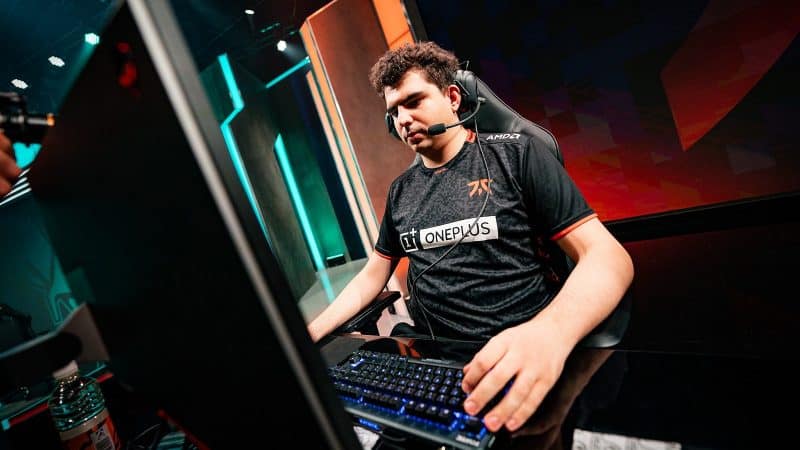 Sadly, Bwipo’s tricks weren’t enough to get more than one win, as Fnatic threw their lead against Misfits around the 20-minute mark, failed to stabilize against Misfits’ team fighting, and were just outclassed by MAD Lions. But the whole team’s performance was great against Rogue, and we hope they can play like that instead of playing like they did in the first two matches.

Astralis’ Spring Split was doomed after the benching of Nukeduck. The team was very new and Nukeduck was supposed to be the leader of the lineup consisting of players who returned to the LEC after playing in the Academy Circuit. But without him, the team fell apart. Astralis’ new mid laner, Felix “MagiFelix” Boström, fit in the team, but couldn’t bring the team the leadership they needed.

Astralis didn’t change their roster in the offseason, leaving fans wondering what they changed in order to place better in Summer. The answer was very simple: the players just got better. Of course, there were still many mistakes, but Astralis finished 2-1 in the first week, beating Spring Playoffs participants SK Gaming and Excel Esports. Matti “WhiteKnight” Sormussen’s Lee Sin was a force to be reckoned with, while MagiFelix stepped up his game, playing Akali twice instead of control mages. 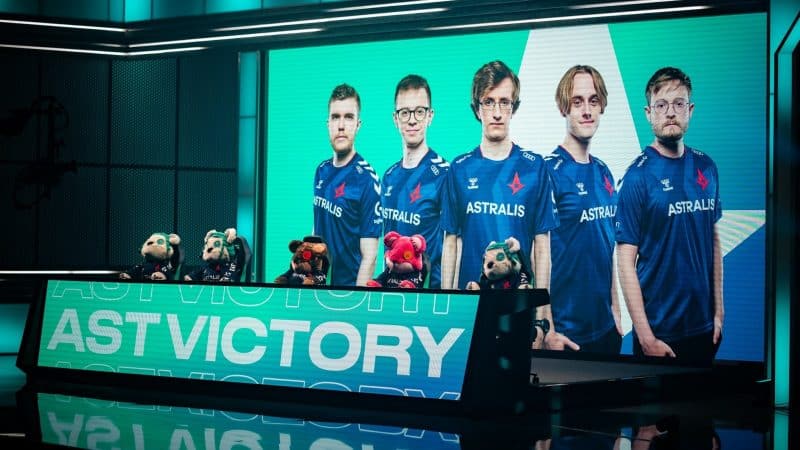 The dethroned kings of the LEC, G2 Esports had a subpar Spring Split after losing their captain and shotcaller Luka “Perkz” Perkovic. With Perkz gone, none of the other players stepped up to lead the team, and as a result, G2 didn’t win the Spring Playoffs and didn’t make MSI for the first time in a while.

They are back to retake their crown in the summer. Except for the blunder against Schalke, they beat reigning champions MAD Lions and got a win against the struggling SK Gaming. They are still as dominant as ever, and if they can fix their leader-problem, they will return to glory.

The MSI participants had a rough start against G2 Esports in their first match, losing in less than thirty minutes, falling victim to G2’s still very dominant early game. They bounced back from the loss with a decisive victory against Fnatic in their second game, then also beat Astralis on the third day.

While Marek “Humanoid” Brázda and MAD’s bot lane was great, Irfan “Armut” Berk Tükek had a subpar performance in the top lane. Armut has to step up his game if the team wants to go to Worlds as the first seed. He is certainly capable of being the menace we’ve witnessed in Spring and in MSI, but the Super Week was certainly weaker for him. Still, his team was there, so MAD is tied second with the rest of the top teams. 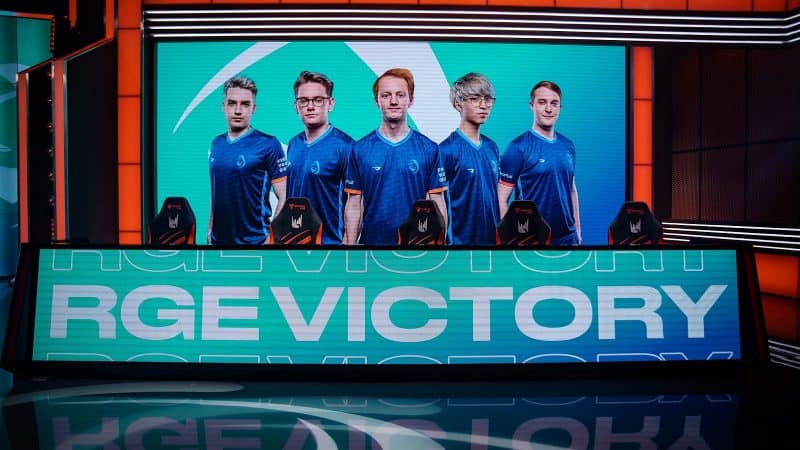 The Spring Split runner-ups had a strong start to Summer. They outmacro’d Excel Esports in the first match, showcasing their signature calm and controlled playstyle. They got surprised by Vitality in the midgame, but after Steven “Hans sama” Liv and Emil “Larsson” Larsson got to their power spikes, Rogue made a comeback from a six thousand gold deficit and won the match with a single decisive team fight.

As stated above, they got surprised by Fnatic, but one could describe the match as a series of unfortunate events. After Andrei “Odoamne” Pascu died in the top lane around the seven-minute mark, Rogue failed to find the grip on the game. The teams fought for the objectives, but Fnatic found more crucial plays, and after 20 minutes, they took over the match, winning in less than thirty minutes.

Nevertheless, Rogue is still looking strong and is sure to finish in the top six and make the playoffs.

The real winner of the LEC super week, Misfits Gaming, is the only team that won all three matches. They didn’t sign any new players, instead, they trained really hard in the off-season. Vincent “Vetheo” Berrié was a monster on Akali against Fnatic and Vitality, and Misfits made a beautiful comeback against SK Gaming in their second game.

If they can keep their performance up to this standard, they can definitely get a playoff spot. But the first real challenge comes in Week Two, where they’ll play Rogue in their first match. 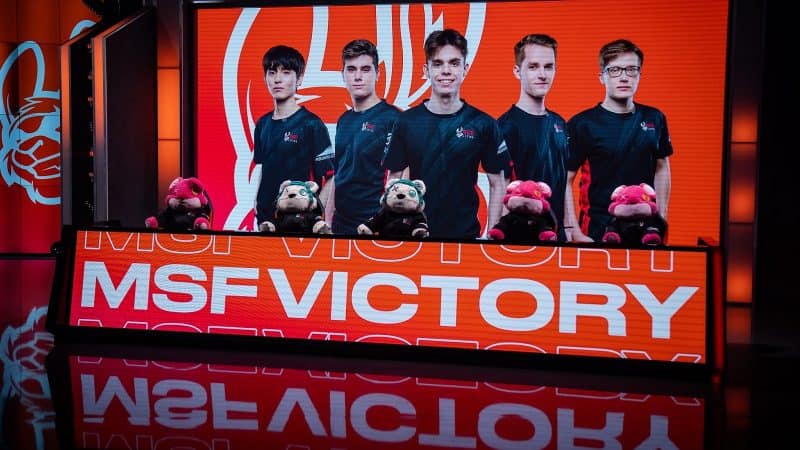 The second week of the LEC starts on Friday, June 18, with the first match being SK Gaming vs Schalke 04 Esports!