League Of Legends: Who Can Usurp Cloud9's LCS Throne?

Cloud9 is far and ahead the best team in the LCS, but there are some who show promise to defeat them.

For the past two years, Team Liquid dominated the LCS. None though their demise would be so quick, but 2020’s Cloud9 roster blew past all expectations and claimed the LCS throne. Their spring split was stellar, losing on two games in total. Their first loss was in a regular-season game against TSM, while their other loss was fairly inconsequential as it was a single game in a best-of-five versus Evil Geniuses. Other than that, it’s was smooth sailing for C9.

And that pleasant cruise continues well into summer. So far, they’re undefeated with six wins under their belt. As a result, they’re poised to make another run at the perfect split. Its hard to see anyone taking them down, which begs the question who could, if anyone? Fortunately, upsets are always possible and some teams show improvement from last split and a decent bit of potential.

Keys to taking down C9

But first, there are a few key points to understand about potential ways to beat Cloud9. First off, a team needs to have strong mid lane and jungle synergy. Nisqy and Blaber work together incredibly well and need to be matched. If not, it’s a safe bet Nisqy will be roaming and have a heavy impact on the map with Blaber. If these two are allowed to run free, nowhere is safe. Now, this doesn’t mean teams have to beat Nisqy into the dirt. But they have to at least be willing to match the roams and the skirmish pressure these two put on.

The next point is to focus the bottom lane. Zven and Vulcan are an amazing duo, working well both in-lane and out. Zven in particular is an incredible carry and has no issues popping off when he has the opportunity. The solution? Throw everything and the kitchen sink at them. If a team puts enough resources into setting Zven behind, and you can make sure C9’s mid/jungle isn’t gaining huge leads together, they’re on a great path to victory.

Alongside those two points is one last one. The whole team has to be willing to fight and fight and fight. Golden Guardians, who most didn’t expect much out of, did this and put up a good fight versus C9. C9 is known for being aggressive and proactive, so scaling isn’t an option for NA teams. Evil Geniuses tried it against them in their match with a Kassadin pick and it became quite clear there. Draft matters a lot, and C9 isn’t a team to let their opponents scale. Simply put, fortune favors the bold. 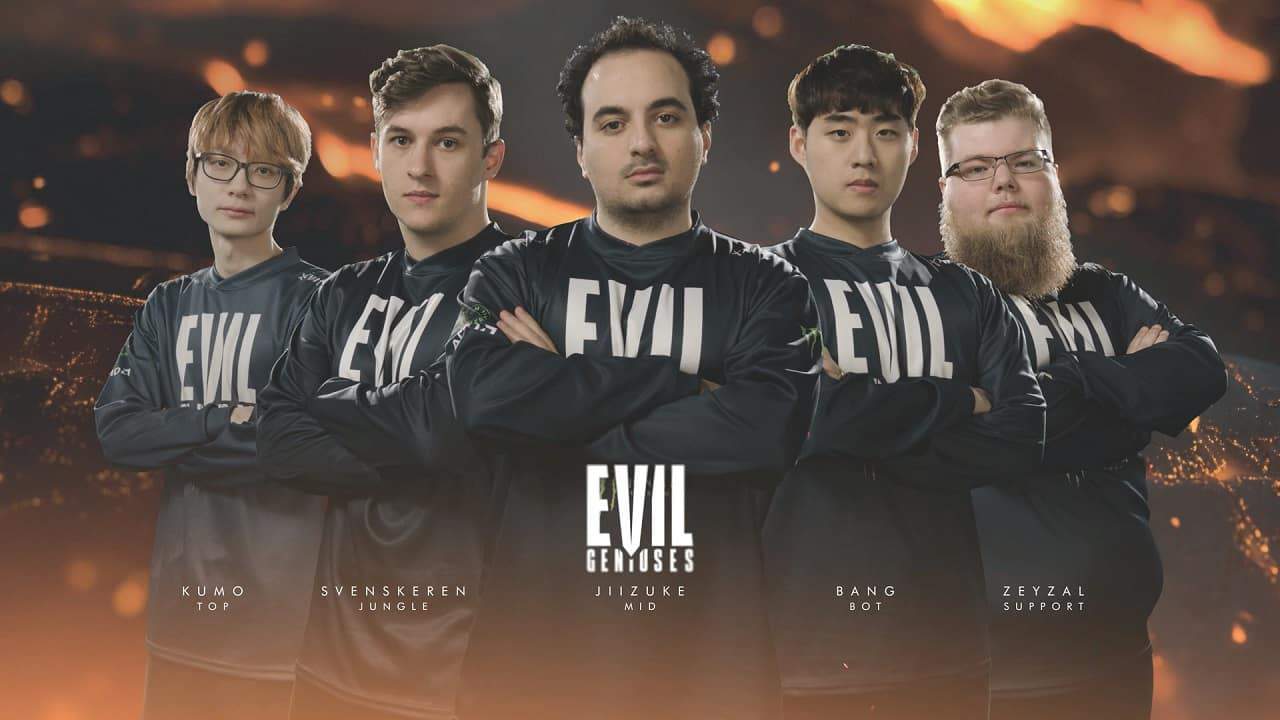 Evil Geniuses is the first team on the list who have a chance. As mentioned before, they managed to take a game off of them in the playoffs in spring but had a rough showing of them in their match in week two. Regardless, Evil Geniuses cemented themselves as a top-three team for a reason. Namely, the carry power of Jiizuke. He’s often referred to as the focal point of the team and has had a ton of great performances since arriving in NA.

Besides Jiizuke is former Cloud9 jungle and last year’s MVP, Svenskeren. The two of them make for a great duo and can certainly skirmish well together. They don’t have the entire map-wide pressure that the C9 duo has, but the two are still pretty good. And they’re still improving too. This means the first requirement for beating C9 is checked.

Next up is to take a look at the bottom lane. In an interview with ESTNN, Vulcan said himself that his biggest competition in-lane is EG’s Bang. He admitted that Zeyzal wasn’t that great, but seeing as Bang is a World Champion, he’s still a formidable foe. With some attention from the rest of his team, Bang can leverage a lead and step up against Zven and Vulcan. That said, it will require resources from the rest of the team. But if EG can manage it, Bang has the power to make good on the lead he gets.

EG has the players to find success, but not quite the playstyle yet. Though they can get things done in the early game, they’re not at all near the level of proactivity of C9 in the first 10 minutes of the game. That, and their read on drafting against C9 was terribly off. The Kassadin pick came under a ton of fire from analysts and the community and displayed a wanting to go late. This could work against any other LCS, but not C9. So, EG has the tools to make an upset happen, but needs to develop them to make it happen. 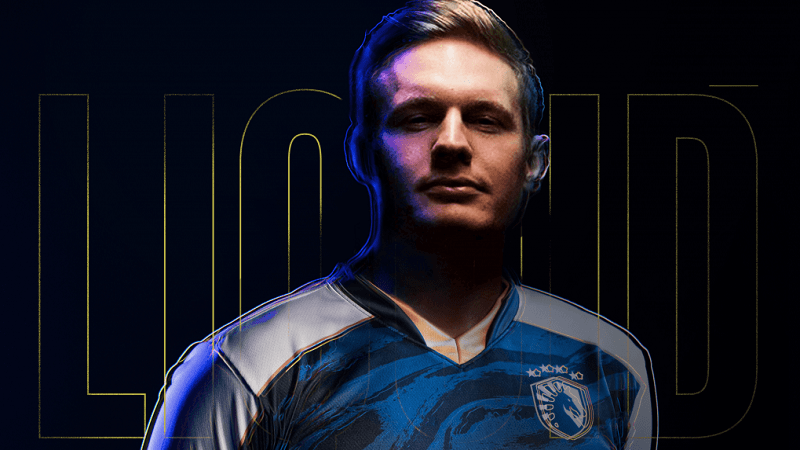 Second on the shortlist is the former kings of NA, Team Liquid. The squad looks different from the last two years but still has extremely high-quality players. Unfortunately, their spring split was abysmal. The squad looked lost and it was a huge surprise to see. On the other hand, TL looks to have improved a lot since Tactical took over the starting ADC position. After a few months, the team is working a lot better together and it shows in their 4-2 starting record. In fact, their game versus C9 was a good outing and they had the chance to win. It ended in a defeat but it shows potential for the future.

First off, Jensen and Broxah are obviously fantastic players. Both have had great careers and pretty solid showings this split. Now, the duo isn’t hailed for being insane in the 2v2, but they can certainly adapt to situations well and respond appropriately. This is probably something the two and the team could work on. If they seriously want a shot at reclaiming their throne, it’s important they do so.

Subsequently, the bottom lane warrants attention. Many expected Tactical to be outmatched by Zven, and while it is Zven favored, Tactical held his own very well. This is crucial because CoreJJ is a major playmaker for the team. If he’s unlocked to set up dives and coordinate plays around the map, he’s a huge threat. For the past two years TL has played through bottom, so they can do it again.

Team Liquid is a more calculated team but has the willingness to make plays. It’s not common to see them play super aggressively but they can certainly be proactive enough. In addition, their drafting seems solid and doesn’t give them any distinct disadvantage. All in all, TL has the potential to do great things again, as they did in 2018 and 2019. 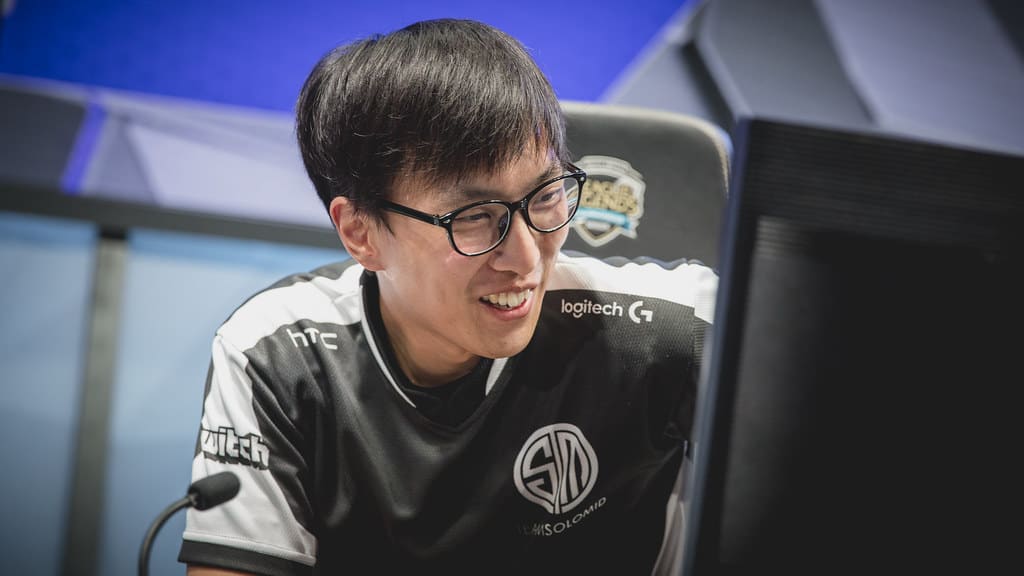 Last up is TSM, who picked up Doublelift before summer and want to return to the top. The past few years haven’t been kind to TSM. Long time viewers will remember the dominant TSM era, but their recent history has been lackluster. Fortunately, the organization has a very good roster right now and things look to be coming together nicely. If they brought down C9 once last split, they’re capable of doing it again now.

To begin, TSM has the likes of Bjergsen and Spica, who took the place of Dardoch this split. Bjergsen is an iconic LCS mid laner, whose skills should never be underestimated. But Spica, who’s relatively new to the LCS, isn’t quite a star player yet. He’s not solo losing his team games by any means, but his lack of experience can be exploited. Despite that, if Bjergsen and him can find synergy together, Bjergsen is a veteran who knows how to rotate and punish his opponents.

In the bottom lane, TSM has the veteran duo of Doublelift and Biofrost. Now, they’ve both hoisted the LCS trophy before, but their recent performances have left much to be desired. Doublelift had an abysmal spring split, while Biofrost simply hasn’t looked as good as supports like CoreJJ and Vulcan. Despite that, these two, as players, have the ability to be so much better than they currently are. If they’re motivated they can get back on top.

Other than that, TSM needs to pick up the action early game. Their early games aren’t bad but not aggressive enough to stop Cloud9 from running over them. So, while it looks like TSM has a lot to work on, the caliber of their players and organization means they might have a chance of beating C9 if everything stacks up right.

Can they truly do it?

To be honest, if Cloud9 takes every game seriously and stays on top of their game, probably not. Their team coordination seems to be so much better than any other’s and each is individually the best in their role. The main thing that keeps them one step ahead of everyone else is their trust in each other. With C9, there’s never hesitation when a play happens. Every member steps up and fully commits to fights and it makes a huge difference in high-pressure games.

It’s also important to note that C9 has the best players, but arguably the best coaching and support staff behind them. Coach Reapered is very intelligent and a great leader for the players. This has huge implications in the draft and on the team’s performance.

So, although EG, TSM and TL all have the potential to upset Cloud9, they’ll have a difficult time doing so. There are tools they can use but the teams have to come together as a whole to pull it off. Its certainly not impossible and overall its C9’s split to lose. Regardless, if these teams at least give the top dogs a run for their money, it’ll be an exciting split!