Let’s take a look at the support guide for Sett, the Boss.

Sett fills the role of a tank support, with heavy engage and decent carry potential. While not a traditional support pick, Sett has the kit and stats to go toe-to-toe with most unconventional tank picks. While an argument could be made that Leona, Alistair, or Nautilus do the same job but better, Sett brings something players won’t expect and you won’t reveal your pick early, making him a great flex.

What Sett can do is harras from level 1 with his E + Flash, but can do so safer by rushing level 2 and putting a point in Q. If you want to be extra safe then get level 3 and start maxing W so you can escape or land the killing blow.

In this guide below, we’ll go over some popular builds, item sets, counters, and abilities overview.

Passive – Pit Grit – Sett’s basic attacks alternate between his left and right punch. This allows Sett as a support to quickly clear wards placed on him akin to a Leona Q, but on his basic attacks. He also gains scaling HP regen based on level and missing heath. Ideally, this allows for his slightly aggressive playstyle in lane and allows him to stick around longer after trades.

Q – Knuckle Down – For 1.5 seconds, sett gains 30% bonus movement speed moving towards enemy champions. This also causes his basic attacks to deal bonus AD, this also works as an auto-attack reset. Sett’s Q, when paired with flash/hexflash is key to closing the gap to your enemy lakers and landing your E for a full combo.

W – Haymaker – Sett stores 100% of post-mitigation damage taken as Grit on his secondary resource bar, up to 50% of his maximum health. Sett blasts the area in the target direction, dealing AD, enemies hit through the center take true damage. This is what allows Sett to be aggressive, run at his enemies, land his E then walk away healthy while landing huge damage. The ability has a long CD, so you’ll want to level this up first.

E – Facebreaker – Sett pulls in enemies at his front and back, dealing physical damage and slowing them by 50% for 0.5 seconds. If Facebreaker affects at least one enemy on each side, all enemies are stunned for 1 second. As mentioned above, Sett’s E is the reason Sett works as a support. Sit in a brush, Q out or Hexflash + Q, and land E on the enemy.

R – The Show Stopper – Sett grabs his opponent and carries them a fixed distance toward the location he’s traveling. Enemies hit by the impact area take AD, which is reduced around the edge, enemies are also slowed for 99% for 1 second. This is the ability that will take time to master as Sett support. Sett support is a tank, as a support tank, you might lack the items to go throwing yourself into 5 enemy champions at level 6. Ideally, you can flank your enemy and carry them into your team or use your ultimate to take a dangerous enemy out of the fight. Learning to master Sett’s ultimate is the key to mastering the champion as a support.

Let’s get a cheat sheet on the go for those who just want the build, skill order, runes, and items at a glance.

This is the standard tanky/lane phase build for Sett. Your E will proc aftershock and give you some solid defensive help. The resolve tree also scales well into late game and play into his late-game tank playstyle. Inspiration is a must-have as a secondary as you’ll need Hexflash, Cosmic insight can be swapped out for Approach Velocity in some situations, but Cosmic is probably safer. 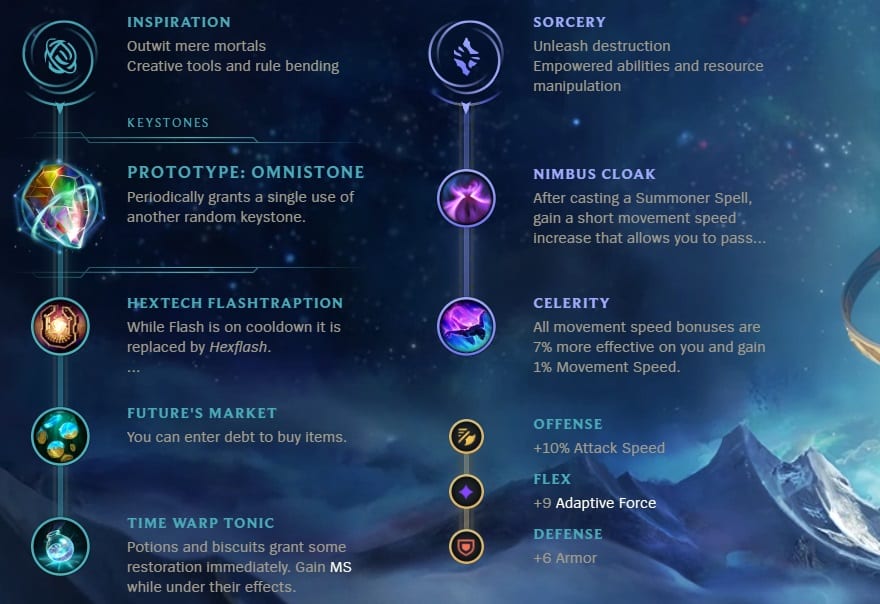 Omnistone was the standard for Sett Support, much like Bard, Sett can make use of nearly every keystone and needs to take runes from the Inspiration tree anyway so Omnistone became normal. The safety of Aftershock makes it the primary tree, however, if you play in a lane with a tank and feel you might need some extra utility Omnistone can make all the difference. 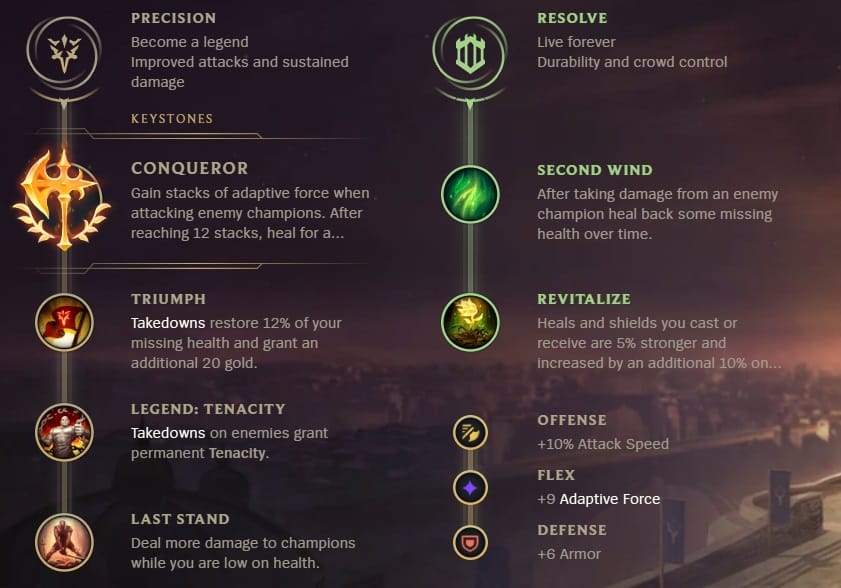 Conqueror Sett is his standard build in any other lane bar support. We’ve included it as it might be best used in a matchup mentioned above if you just want a guaranteed keystone, however, as this is a top lane build it doesn’t normally use Hexflash, so swapping the secondary tree from Resolve to Inspiration might be required in some situations. That said, if used against tanks, your Q should be enough to punish a tank overstepping on the wave.

The skill order is W>E>Q. Starting E is always your best course of action on Sett. It will counter any early aggression and allows you to be aggressive from the off set… Sett’s Q and E are as good level 1 as they are at max rank, his W is the game-changer in lane, as the lower CD allows you to harras more often and come away healthier.

Sett’s W is the only real ability he has (outside of his ultimate) that scales well as you level. The damage and CD scale nicely and you should see the biggest difference from leveling this. Outside of the aforementioned level 1 invade, there really isn’t any ability worth leveling first. The W is what allows Sett support to function as a harassing melee/tank support.

Always make sure to spec R at the appropriate levels.

Sett support really has one item build with a few specific item variations. Swiftness boots are pretty much required due to his engagement, against heavy CC Mercury’s Treads should be used instead. Dead Man’s Plate and Gargoyles Stoneplate are pretty standard to make you both tanky and faster, then finish off with Knight’s Vows and Warmog’s Armor. The order of the last two depends on your gold, if you’re snowballing get Warmog’s or if your ADC is getting targetted go for Knight’s

The three situational items are Locket of the Iron Solari for when your team needs help dealing with some heavy burst damage, while still offering you more tanky stats. Thornmail if you need more AD resist (swap out Knight’s or Dead Man’s) and Adaptive Helm for heavy AP teams. 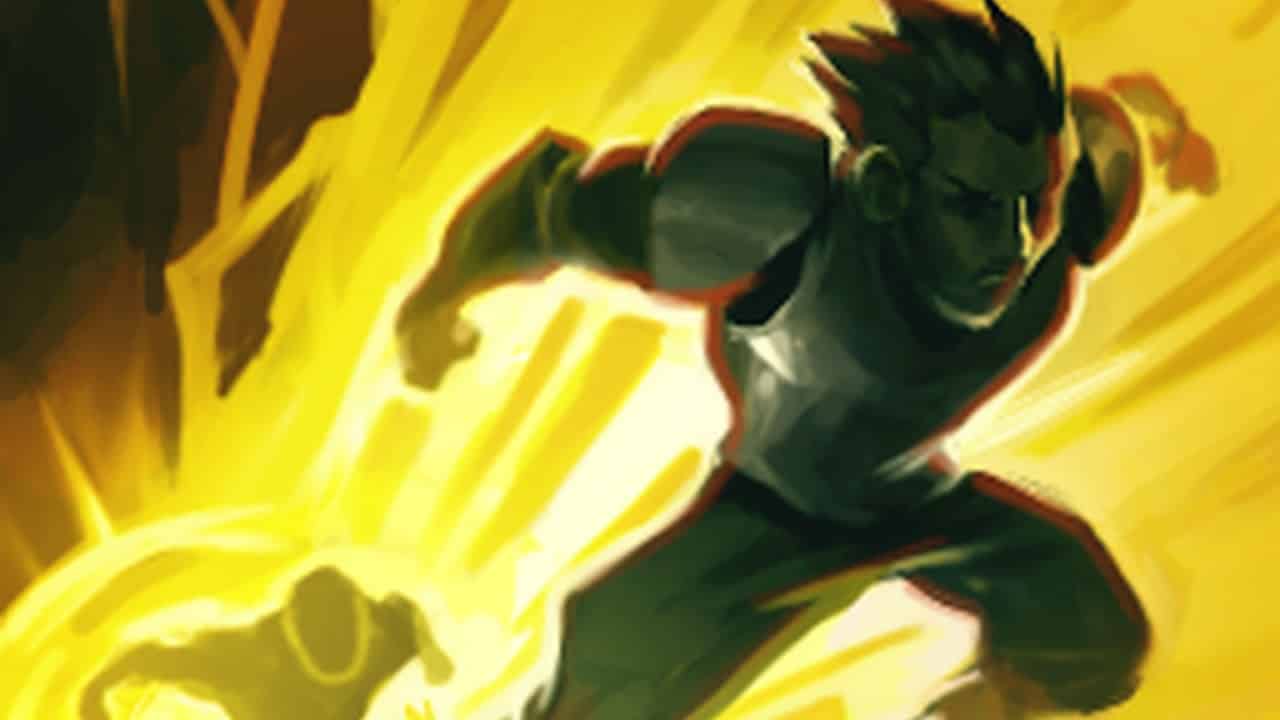 Flash + Ignite is the standard right now for all supports, so make use of that most of the time. If the enemy team has a high DMG focus such as YI or Olaf, look to take Exhaust. Heal is an alternative in a few lanes if your ADC takes exhaust or teleport.

The key to Sett comes from Hexflash. The standard rotation will likely be: Hexflash > Q > E > auto > W to close or leave. It won’t always work, but you’ll probably find simply Hexflashing out of the bush is enough to cause the enemy lane to waste CDs or summer spells.

It can also be an option to go heal. Although this will only happen if your ADC is looking to take another summoner spell instead like Teleport etc. 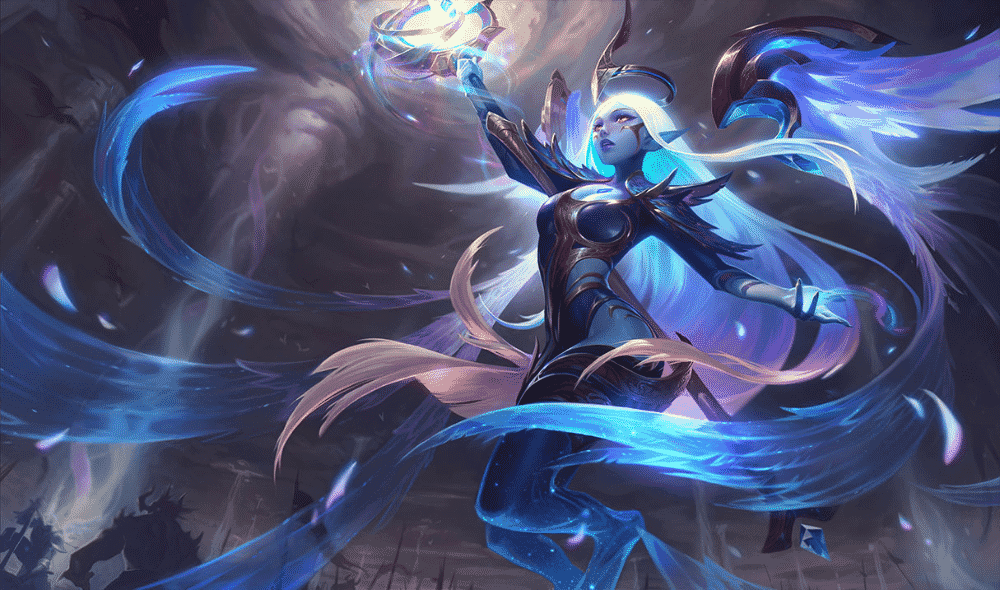 Sett will always struggle against heavy and easy to land poke, and champions that can peel his engage or punish it.

Heavy poke: Soraka, Nami, Senna, Sonna, and Bard are some meta examples of issues you might face. Ultimately in most matchups, the things that work in Sett’s favor are the unknown factors of playing V a Sett. A lot of players will not fully understand him, and certainly not be used to laning against him. The advantage of a 2v2 lane for Sett is he can “vanish” and then strike when the enemy lane has a lapse of concentration.

The way you counter the counters is in picking your fights, and crucially picking when you all in. Wait for CDS to be down and punish them.

Does anybody recognize what game this is from? : gamers