Here are ESTNN’s power rankings for the midway point of the 2020 LEC Summer Split.

The League of Legends European Championship (LEC) is taking a midseason break. So we’re taking the chance to rank the movers and shakers in the league at the halfway point.

Bar a shock win against a Fnatic side, who have themselves not been at their best, it’s not been a great split for Schalke. While the Schalke 0-18 meme won’t happen, the side has looked poor during Summer Split. The final week victory against Fnatic might just spark a revival for Schalke when the LEC returns, but 1 victory in 9 games doesn’t inspire much confidence.

Right now, Schalke should be planning for Spring Split already. Whatever roster they plan to use should be playing now, and gaining practice. If Schalke intends to completely start over, then the best bet might be to save face now and prepare for Spring. Unfortunately, when a side finishes last, often the fault should fall to those above and not just the players in the roster. Schalke might need to look at why the team struggled this badly in the first place. 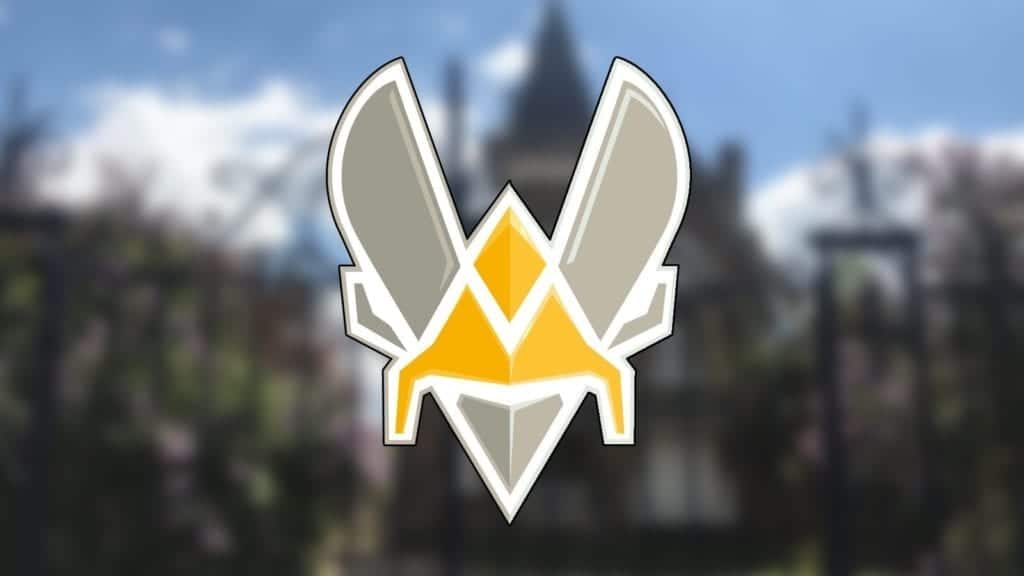 Originally we put Vitality in 10th place. They had a decent start to Summer Split but ultimately they’ve not really pushed on since. It’s not been a good 2020 so far for Vitality, and much like Schalke attention should probably be turning to Spring Split already.

Like Schalke, Vitality hasn’t now got a lot to play for going into Worlds. While a place in playoffs is still very possible, they’ll need to buck their ideas up pretty face when we return if they have a chance. While the sides 4-5 record puts them in joint 5th place, on paper they still look like the weaker of those sides. However, if they can return in good shape and beat sides around them, they might just surprise us. 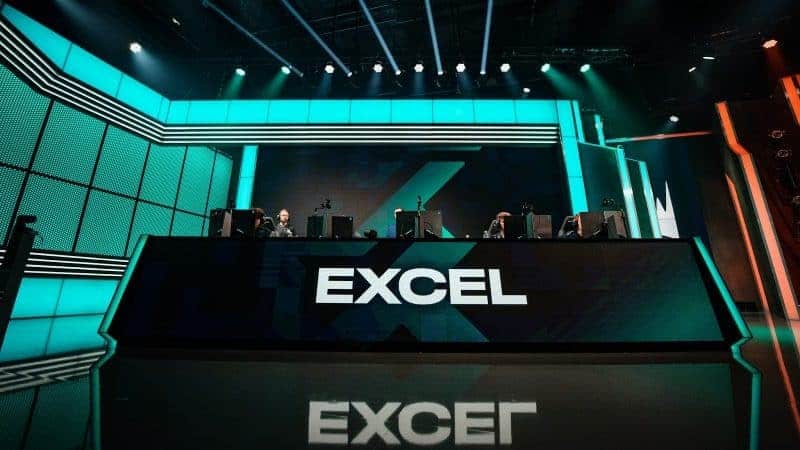 The next 4-5 side on the list in Excel. We had them at 6th going into Summer Split, and while they sit joint 5th right now, the week four 2-0 might flatter them. G2 without Perkz is still a strong side, but its still G2 without their leader, so caution should be taken when looking at their upset win over G2. Excel’s new additions have also been a mixed bag in Summer Split, and might point to more work still needing to be done.

New top laner Kryze has been a player to watch this split, and would probably be in for a shout at rookie of the split if it wasn’t for nearly the entire MAD Lions roster being rookies. The same can’t be said for Special, who played for Excel in the sides first split and has again looked out of place among the competition in the LEC. The sides botlane duo of Patrik and Tore have often been the carries in Excel’s wins and the pair will be key going forward. Jungler Caedrel has looked a little off again in Summer Split, as Excel struggle to find a winning 5-man roster. The good news is the sides Academy side BTXL continues to show promise, and we might see some of those players in the LEC soon.

Misfits are one of our non-movers in the Power Rankings. We had them at 7th place at the start of the split and we think it feels right. Misfits will likely be in a battle with SK Gaming and Origen for playoff spots at the end of Summer Split, but the two former sides just seem to have the edge over them.

We highlighted at the start of the split that mid lane was going to be an issue for Misfits. Febiven hasn’t really done enough to prove otherwise yet. Clearly a highly skilled player, but Febiven hasn’t been able to rekindle those Fnatic days since his return from the LCS. Ronaldo has yet to play in the LEC this split, but with Misfits Premier placing fourth in their regional league at the start of July it might just be the time to throw him into the midlane. SK Gaming flew out of the traps at the start of Summer Split and honestly had us worried that our 9th place Power Rankings placement was a poor idea. The squad has now settled slightly in joint 5th (alongside most of the league at this point) and we think 6th place suits them right about now.

SK has certainly proven a fair few people wrong about them, but it honestly just proves the talent pool in Europe at this point. Not many people would have the LEC table looking like it does right now at the start of the split. The fact SK being 5th isn’t even the most surprising placement as we go on break tells you everything about the LEC. 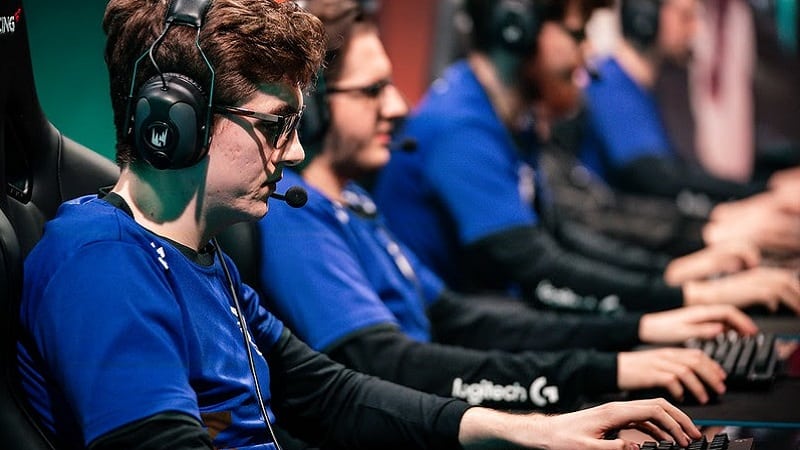 Origen is becoming an enigma in the LEC. A 3rd place finish in Spring Split hyped again ahead of Summer Split and yet going into part two of Summer Split and 5th place feels about right. Origen will make playoffs, they’ll likely make Worlds, at the very least play-ins. The team can clearly do BO3 and BO5 and that’s why they continue to be relevant, however, it’s another split since their return when they just look like a middle of the pack roster that can’t seem to make it through the regular season as a top side.

Origen does have three major things going for them. Upset continues to look like one of the top ADC players in the LEC, Nukeduck more than holds his own in the mid lane and Alphari is often the most reliable player on the team. It’s when all these elements need to come together than things seem to go south for Origen and they just don’t seem to have that X-factor. Fnatic has had what feels like two halves of a split in one. They started well, climbed the table and looked like a strong contender heading into Worlds season. Then it started to go wrong. Defeats to G2, Rogue and Origen hurt the side’s league standing and a week four defeat to Schalke really drove the point home.

On paper, Fnatic is still a LEC title contender, but LEC titles are won on the rift and Fnatic have looked off the pace. Now, the side has good experience in BO3 & BO5 which will bode well for them in playoffs, but they’ll need to get there first. Fnatic also seems to continue to bring out weird drafts. We had a week in which Fnatic seemed dead-set on getting Rekkles back on Soraka or Janna and it just boggles the mind. Rekkles is, without a doubt one of the best ADC players in the world. Continuing to play him on support funnel comps just doesn’t work, and his win rate on those champions should say it all. As we hit the mid-split break, Rogue sit in joint first with MAD Lions and honestly, no one saw it coming. Rogue has been alongside MAD Lions one of the most consistent sides in the LEC, and with only 2 defeats to their name against G2 and MAD Lions, they’ve firmly placed themselves as a top 3 side.

But why 3rd and not 1st or 2nd. MAD Lions are the rookie super team. They took down G2 in Spring playoffs, and while they never made it to the final, they made a name. Come into Summer Split and MAD Lions continued to push on. Rogue went 4-0 over the first two weeks of matches, with just G2 stopping them. They went on to only lose to fellow top 3 side MAD Lions as they continued to dominate the league. Rogue goes into part 2 of the split as a front runner for the title and if they can keep it going into BO3 series’ they could take it all. When you write a power ranking for the LEC right now, G2 being first is a given. If G2 went 18-0 and took the LEC title in a clean sweep no one would be surprised. So putting G2 second isn’t something we do lightly. G2 did not start well, they just haven’t looked like the team they did in Spring. Week four saw G2 make an ADC change by bringing in P1noy for Perkz, which slightly explains the reason behind G2’s struggles.

So the second half of the split is going to depend on what G2 can turn up. If Perkz can take the break and return refreshed, then G2 will likely go on to win the Summer Split LEC title. But sleeping on MAD Lions could be a mistake for the rest of the league, and G2 might have an unexpected contender for their fourth LEC title in a row.

Since beating G2 at the Spring Split playoffs, MAD Lions became a household name in the LEC. The Spanish side has a near full rookie roster for 2020 with just Humanoid having played in a previous season. MAD Lions has been on a tear since losing the opening Summer Split match against G2. They have been near unbeatable since only losing out to Misfits Gaming in the final match of week four.

MAD Lions deserve their spot at number one, and they should definitely be in the conversation as we head into playoffs and Worlds. The rookie team can only improve, and that’s what makes them such a scary opponent heading into the second part of the LEC Summer Split.

Orome, Shad0w, Humanoid, Crazy and Kaiser. Remember those names as we head into Worlds season, because they could very well be matching up against some of the best League of Legends teams in the world in just a few months. While we won’t go as far as to say they could win Worlds, EU has sent back-to-back teams to Worlds Finals now and maybe this time, not get clean swept.