League Of Legends: Everything You Need To Know About Sona-Lux Bot Lane

Sona is back in the meta with a new shielding partner.

League of Legends’ bottom lane meta has changed quite a bit during the past few years. Though the standard ADC with support pairing is obviously the norm, there have been and still are points where different strategies take center stage. From mage APCs to Sona and Taric/Tahm Kench, there’s been an interesting diversity that has developed. Now, a new duo partner for Sona is stepping up to take Taric and Tahm’s places. It’s none other than the Lady of Luminosity, Lux.

Its been a sleeper solo queue strategy for a while, but this weekend, Cloud9 debuted the Sona-Lux duo in the bot lane against Team Liquid in the LCS. It seemingly came out of nowhere in most people’s eyes but is definitely reminiscent of previous Sona lanes. Unfortunately, C9 lost this game, but the strength of the duo shone through regardless.

Is this just a one-off strategy? Or could this be a new, meta defining lane? Time will tell, but for now, it’s important to see how it works and ways in which the tactic can be brought to its knees.

What’s the point of Sona-Lux?

The first question is, why play Sona-Lux when you lose out on an ADC’s damage? The answer is simple really, to make your team become unkillable. The duo isn’t meant to carry in the typical sense, as their damage output won’t be super high with support items. But the amount of shielding and utility they add to their team is incredible and makes it near impossible to team fight them on even terms.

Sona, as a pure support, has the healing, shielding, and movement speed to generally be a great ally. With Lux, she has a major AOE shield that can do a lot if thrown properly and good CC options. Paired together with the rest of the team, they set their allies up for success with all these tools to enable them to get in the enemies’ faces, soak much more damage than should be possible and out-sustain nearly any composition. In fact, from even or ahead, you can steamroll through games, whether they’re in solo queue or pro.

While it might not be the most fun to watch or play, we’ve seen this playstyle work in the past, and its potential here is not to be underestimated.

How to play the lane

The main goal of playing Sona-Lux is to make it to the team fighting phase unscathed. That means holding your own in lane without getting killed or dove by ganks. Sometimes this is easy enough to do, while other times it can be pretty difficult.

It’s important to remember that farming up and getting as much gold as possible before you group is the main goal. So, if you’re stuck under your tower most of the time, don’t stress over it. However, there will be times when you can poke the enemies out and actually start to win the lane.

Regardless of how the lane goes, you have to be vigilant about maintaining vision and protecting yourself from ganks. Ganks from the jungler and/or mid laner can be devastating to the two squishy, immobile supports. But if cooldowns are managed properly, you can readily outplay dives and ganks with your shields, heals and CC.

Its also important to note that both players should start with Spellthief’s Edge, the support item. This may seem strange at first glance, but it actually makes a lot of sense. Sona and Lux can manage to not ruin their support item’s gold income if they keep their CS to only 4 per minute. If they do that, then poke their opponents consistently, they’ll generate a ton of gold. In fact, though they’ll both be behind the enemy ADC, the total gold they both have will be more than the opposing ADC and support’s total gold.

Note that they have to play very well to exploit the most gold possible from this. Always prioritize melee minions over casters, and cannons above them of course. The added bonus of going two support items is increased wards, which plays well with the control-based style the duo offers.

Lastly, Guardian and Summon Aery are the two best rune choices. One should run one, while one runs the other. For reference, C9 decided to have Zven take Aery on Sona and Vulcan took Guardian on Lux, but it should work fine either way. In terms of main items, you want to definitely have Seraph’s Embrace on Sona, while prioritizing the supportive items generally. Things like Ardent Censer and Athene’s Unholy Grail are key, but high AP items like Rabadon’s Deathcap are viable to output more damage, especially when it can ramp up scaling in the late game.

Weaknesses of the strategy

Sona-Lux can be pretty powerful but certainly has its weaknesses. The first thing is that aggressive bottom lane duos have the ability to punish the lane hard. Team Liquid’s CoreJJ demonstrated how Blitzcrank can be great to find kills on the duo early on, but is also great later too as he can isolate one member of the team. If the team is split apart, the effectiveness of the duo suffers. As squishy, immobile champions, they are always susceptible to being dove, even if they have good tools to outplay dives.

The other thing that potentially makes Sona-Lux less effective is the teammates around them. The duo has a lot of control over fights, but can’t consistently pump out damage or threaten the backline. As a result, they’re dependant on having carries from other roles on their team. Whether it’s a Graves jungle, Corki or Azir mid or high-damage bruiser top, a team needs firepower to carry the fights. Any hyper carries are insanely buffed in team fights with this duo and makes it terribly scary to play against. 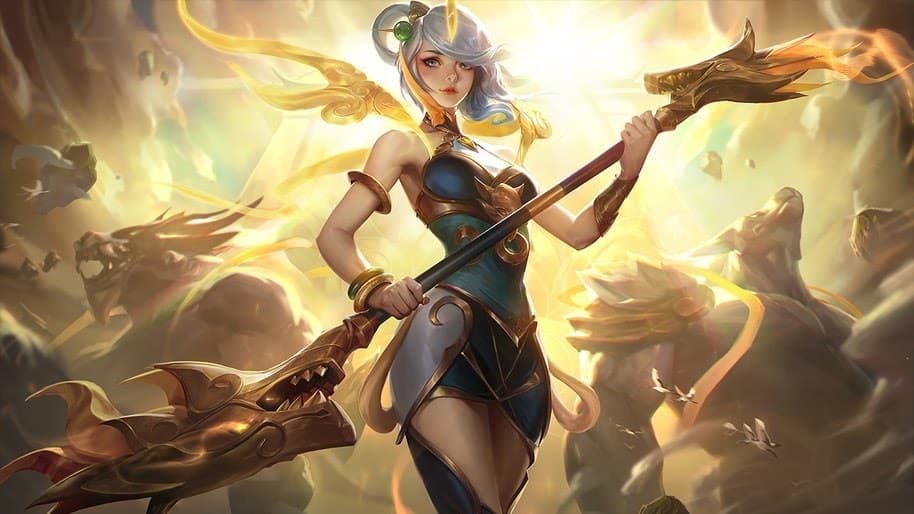 A key weakness from C9’s game

If a team can’t deliver well on the damage front, there is the chance they can simply out-sustain in team fights. This is more of what Cloud9 tried to do when they paired the duo with Shen, Hecarim and Sett. Though those champs all can have decent damage, its not steady enough to bring down both tanks and carries. This means there’s a high burden of execution for the team which C9, unfortunately, didn’t live up to with their TL game. It’s definitely possible to win with less damage, but the team needs to play very well and execute on their win condition perfectly to do so. Also, forcing mid-game plays before the enemy ADC has their core itemization complete is crucial, as the damage won’t be so swayed in their favor if done so.

The draft as a whole wasn’t the reason C9 lost, to be clear. C9 almost pulled it off, but a few key mistakes stopped their snowball and made it so their low-damage composition simply couldn’t keep up. Namely, mistakes in itemization and a miscommunication during a team fight between Licorice and Blaber lost them a lot of momentum. Taking these into account, C9 could have easily won that game with the low damage. The fact that they did lose though also demonstrates how difficult it is to execute without things like mages or marksmen in solo lanes. So, if we’re to see teams play this in pro or even normal players in solo queue, they have to keep this draft concern in mind.

Will it become meta?

The big question on everyone’s mind is if this duo will become meta? Many hope not, as its a rather boring, anti-fun strategy. Fortunately, it’s hard to say with certainty it will. The top ADC champions, such as Aphelios, Ezreal and Ashe, offer a lot as champions. They all have great damage and unique aspects that are just powerful. So, it might not always be optimal to sacrifice having an ADC for the utility-based Sona-Lux.

Camping the lane could be devastating in pro play too. Of course, it’s just as brutal in solo queue, but a concentrated effort by a pro team will simply put the duo in the dirt. For teams that aren’t at the top, it could be riskier, especially when facing those top teams in their region.

That said, the meta right now is favorable for Sona-Lux. There are a lot of carries in the jungle, and people are more than willing to play with strong carry champs in solo lanes. We already saw how good Sona-Taric/Tahm was before, which means this can easily gain traction. Who knows, this could revive that strategy and turn Sona into a priority pick once again, but with more options to pair alongside her now.

Right now, it’s difficult to say if it’ll become meta. It’s a safe bet to say many people will try it out in solo queue. But until pro players see success with it there or with other pro teams, it’s unlikely to pick up quickly. Either way, its something to keep an eye on and learn about in case it does!

The post League Of Legends: Everything You Need To Know About Sona-Lux Bot Lane appeared first on Esports News Network | ESTNN.

Get Ready to Unleash Swimsanity! on August 7 Ghost of Tsushima Guide – All Collectibles and Their Locations