The HyperX Cloud Alpha is still hands-down the best gaming headset you can buy. It’s getting on a bit now, but despite the HyperX Cloud Orbit S getting close, nothing has been able to match the Cloud Alpha’s fantastic mix of audio quality, subtle, robust style, and incredible value. We love it and it’s a more than worthy successor to the Cloud Pro.

After a short demo with an early HyperX Cloud Alpha headset at Gamescom last year I was all ready to call it the new king of gaming headphones. The old HyperX Cloud has been my headset bae since Kingston took the excellent QPad QH-90 design, slapped a new badge on it, and tweaked the bass response just so. And no matter what they did in the intervening years, the HyperX engineers have been unable to improve on the mix of audio quality and fantastic price.

It’s the same killer combo of high-end audio quality and smart pricing which lies at the heart of the Cloud Alpha, and makes it simply the best gaming headset you can plumb into your PC.

Hyperx has worked hard to ensure the new headset sticks below the magic $100 mark, even if only by a penny in the US. That’s why you won’t find a bundled USB dongle inside the pack, virtually proclaiming 7.1 surround. Granted, at $100 (£95) it’s by no means a cheap gaming headset, but it out-plays anything else in its price bracket.

The design will be instantly familiar to anyone used to the Cloud Pro or Cloud II headsets as HyperX has taken the classic design notes of the original cans, only slightly updating the frame and squaring off the ear cups a touch.

Check out our pick of the best headsets you can strap onto your head. The Cloud Alpha is a winner, but there are great wireless and budget options out there too.

Where HyperX has updated the basic headset design it’s done so by listening to the feedback from the community. So it’s  given the bass response a bit of a boost, made the frame broader to cope with wider skulls, added breathable ear-cups, and provided detachable cables too.

The engineers have also worked on the electret condenser mic as well, tuning it for noise-cancelling duties when you’re crashing away on your mechanical switch keyboard. It’s still removeable, but the generational upgrade is noticeable.

In terms of the all-important specs, the HyperX Cloud Alpha sports 50mm drivers with a broad frequency response of 13Hz – 27,000Hz. So, while the drivers aren’t quite as big as the 53mm ones used in the older Cloud design, the frequency range has been expanded slightly above the previous 15Hz – 25,000Hz setup.

Those drivers have also been redesigned, with discrete chambers within the ear-cups to separate the low, mid, and high-frequency audio. This means HyperX has been able to improve the bass response in line with requests from their fans, while always making sure it never even gets close to affecting the clarity of the rest of the audio. 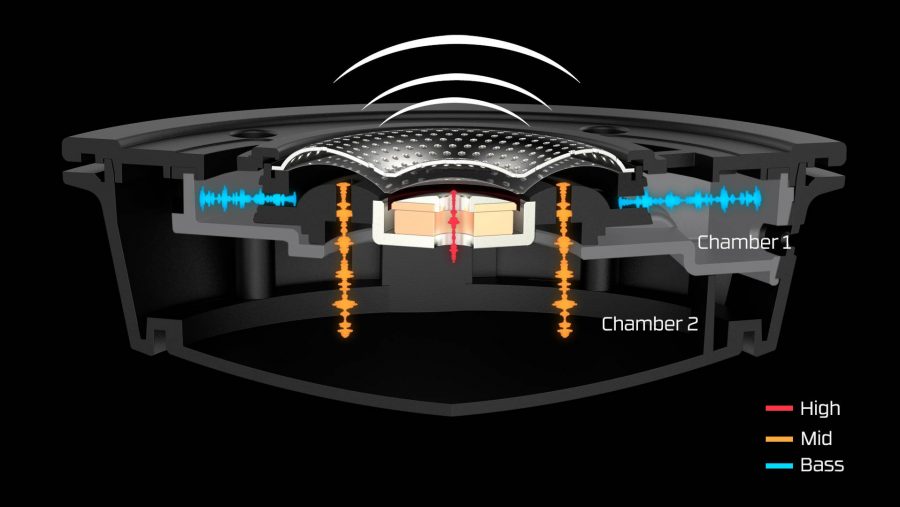 Along with the miniature bass ports HyperX have added to the design, the dual-chamber tech makes the Cloud Alpha sound more like an open-back headset than the traditional closed-back operating principle. But you’re not going to get any audio leakage from the HyperX Cloud Alpha either. In fact, the passive noise cancelling is some of the best I’ve used, capable of sealing me off from the accursed frivolity and happiness that’s all-pervasive in the PCGamesN office. Pfft, young ‘uns…

The dual-chamber driver design is the key to the HyperX Cloud Alpha’s crisp, detailed audio, delivering a tonal separation I’ve not heard in any headset that costs less than $400. Even my beloved QPad QH-1339s have been left on the shelf now the HyperX Cloud Alpha has arrived, and my Oppo PM-3s remain tethered to my HRA music player instead of my PC.

As well as offering pinpoint audio clarity, that separation also means the Cloud Alpha headset never feels oppressive, even over an extended play session. Partly that’s down to the excellent design hangover from the original Clouds, but mostly it’s because the sound never feels like it’s being fired directly at your ears. The soundscape they generate is impressively broad and feels more remote than the closed-back headset should be able to offer. 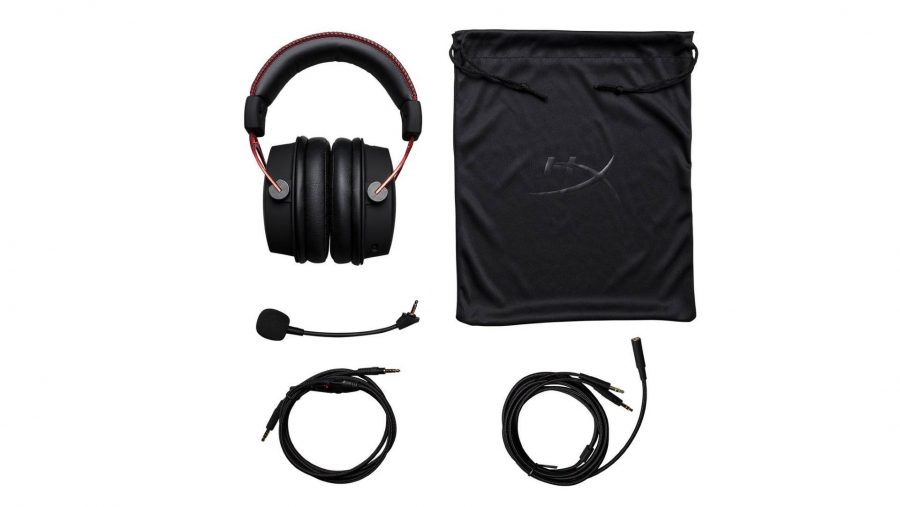 They are a touch heavier than their Cloud forebears – 298g instead of 272g – but the balance of the HyperX Cloud Alpha frame means it’s not unduly pressing into your skull at any point so the extra weight never becomes an issue.

There are some for whom the lack of virtual 7.1 surround might seem like a deal-breaker, but if you’re concerned about quality audio then I’d absolutely recommend picking up a decent sound card. That will net you a more improved 7.1 surround than you’d get with a basic USB dongle dropped into the packaging of a weaker gaming headset.

It may look more like an evolution on the original Cloud design than something fresh and new, but the HyperX Cloud Alpha’s dual-chamber design delivers an unprecedented level of audio fidelity – and fantastic tonal separation – at a genuinely impressive price.

The HyperX Cloud Alpha is the best gaming headset on the market right now. There simply is no other wired headset I’d want bathing my ears in aural goodness, and at this price they’re seriously good value too.