Hunting Grounds Guide – 15 Tips and Tricks to Keep in Mind

Predator: Hunting Grounds appears simple on the surface, but with its combination of hunting and survival, there’s lots to keep in mind on either side of a multiplayer match. Surviving – or hunting – is already plenty tricky on its own. So let’s look at a few tips and tricks you can use to make the hunt a little easier, starting with a handy trick for survival. 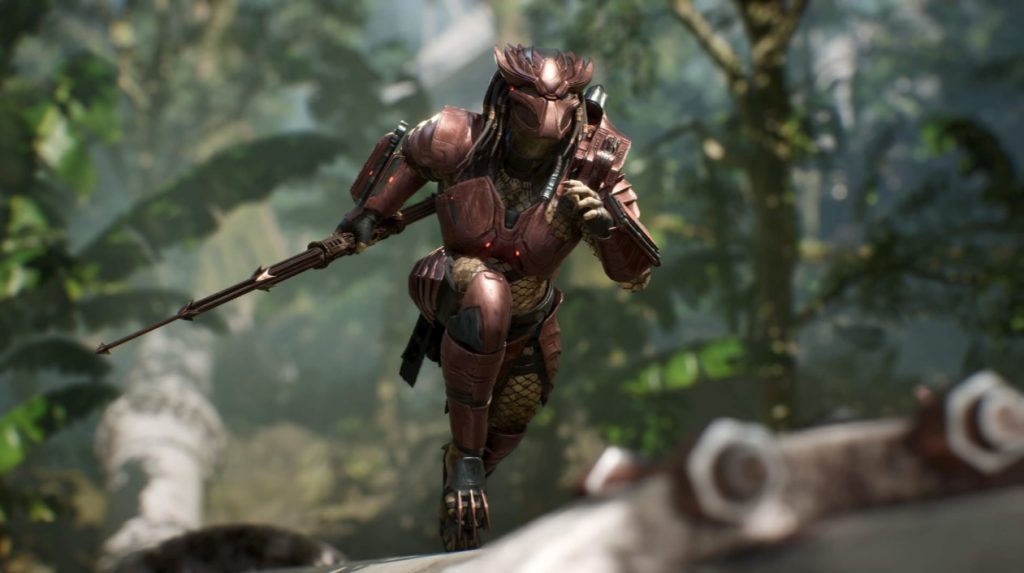 The Predator has thermal vision, which renders attempts to blend into the foliage around you to hide from his gaze pretty much null. Thankfully, you can take a page straight from Arnold’s book in the original film. If you look down at the ground and press the interact button on your controller, you can cover yourself in mud. You’re vulnerable while you do so, and the mud doesn’t last forever, but while applied it masks you from the Predator’s thermal vision; which is invaluable thing to do for your survival.

Listen to the Trees 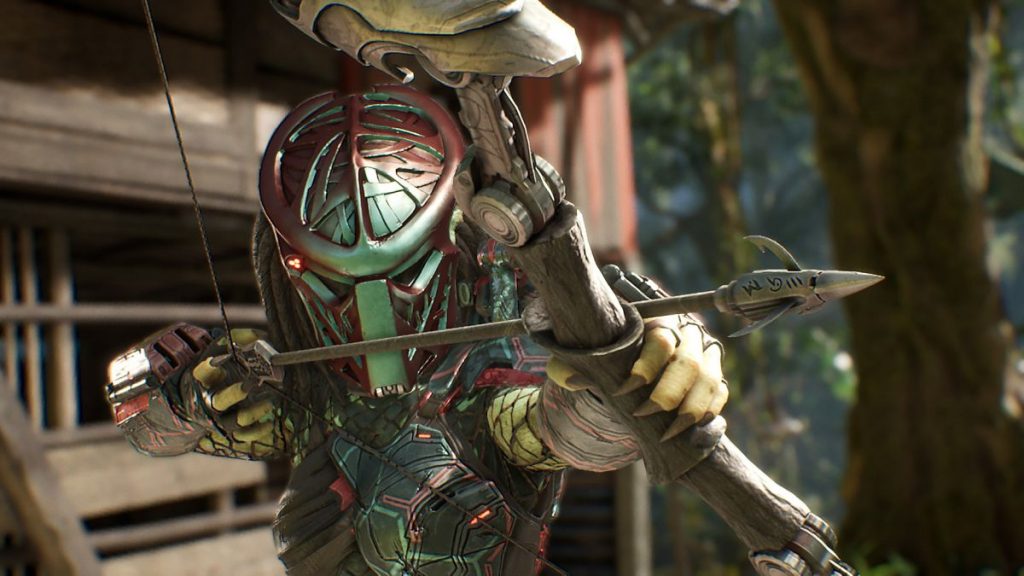 Unlike the soldiers, the Predator has loads of tools at his disposal to avoid detection. His nimble speed, agility, and altitude make him hard to pin down, to say nothing of the fact that he can turn invisible. Thankfully, not even the Predator is without a giveaway. When the Predator is running through the trees above you, keep an eye out for falling leaves and branches. This is a dead giveaway that the Predator is above you, and that he’s close. 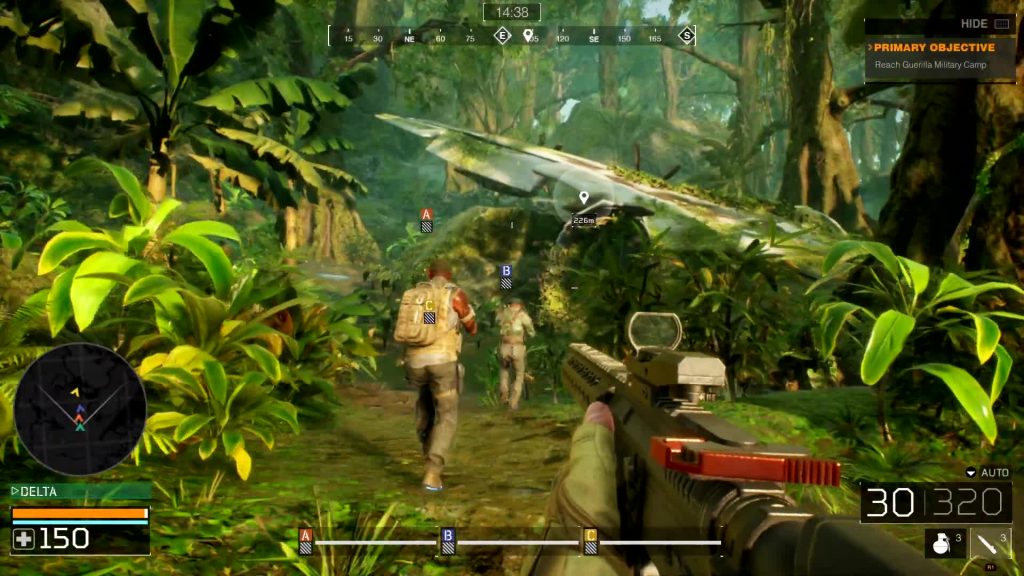 Your radar is an important tool for your survival in Predator: Hunting Grounds. It can be used to quickly locate your allies, enemies, and objectives. But even more than that, it can also be used to spot useful elements in your environment, such as health packs and ammunition crates, as well as optional pickups that provide you with the in-game currency used to purchase cosmetics. 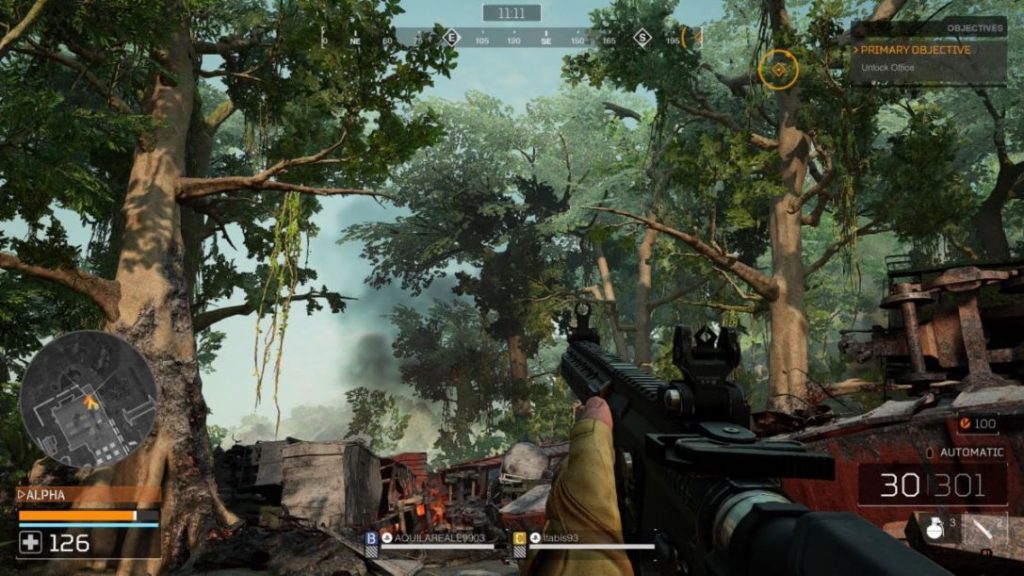 Keeping track of the Predator can be a challenge in and of itself, what with his high mobility and altitude, plus his ability to turn invisible. That’s why it’s important to take advantage of the spot feature, which can be activated by pressing Up on the directional pad. This will highlight the Predator for a short time on your screen and the rest of your fireteam’s screens as well, helping to give you a fighting chance against your hunter. 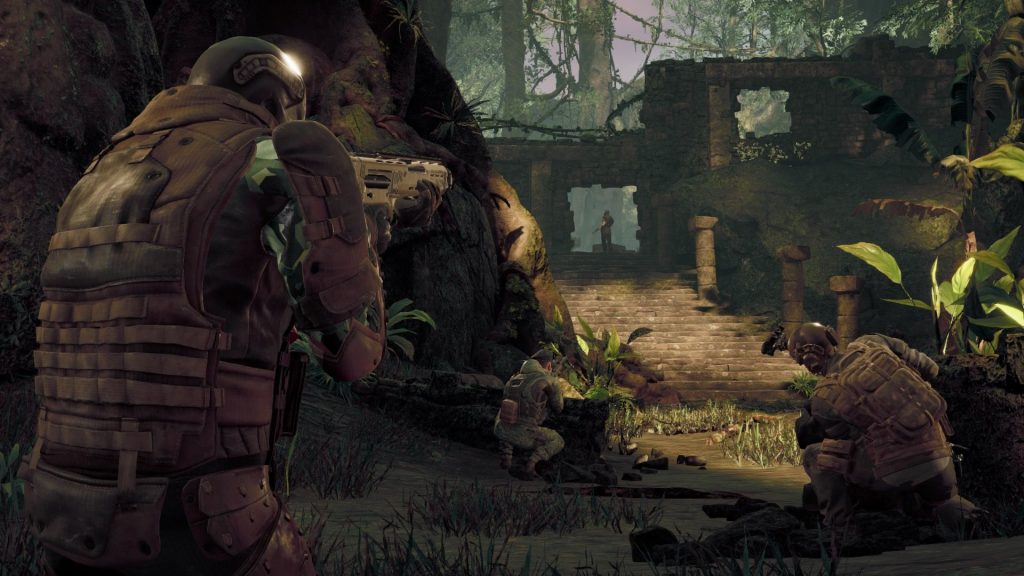 Of course, if everyone knows about this, then hunting the fireteam down as the Predator becomes a lot harder. Thankfully, the Predator has a few extra tricks up his own sleeve as well. Pressing Up on the directional pad as the Predator opens up a dialog wheel which allows you to mimic the Fireteam players, playing a handful of dialog lines that sound just like them. This is a great way to lure the players into a region where they think they’re safe, allowing you to pounce in for the kill. 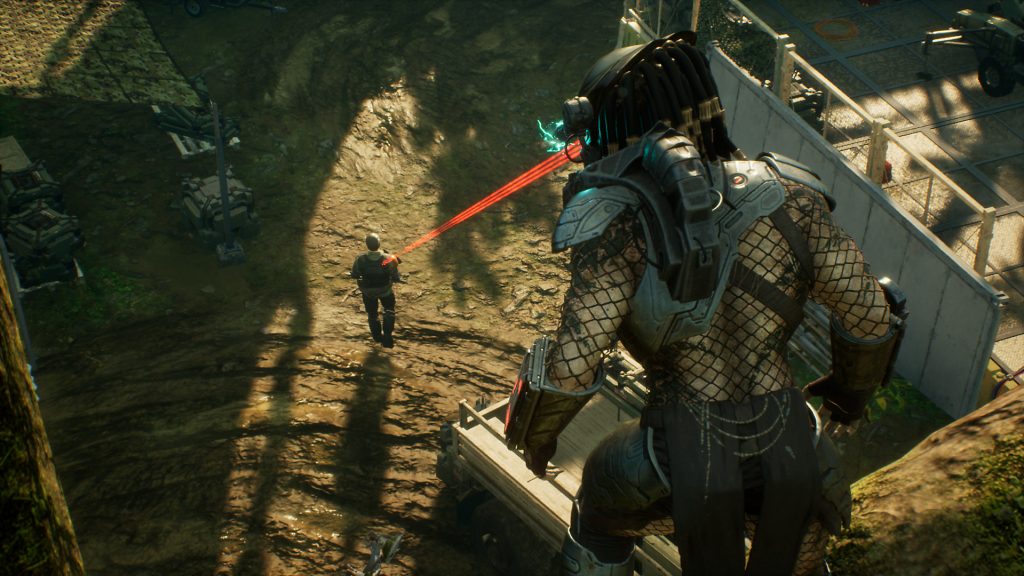 As a Fireteam member, there are few more surefire ways to put yourself in danger than getting separated from the rest of your squad. On your own, you simply do not have the firepower or survivability to deal with the Predator. Getting separated makes you much more vulnerable to threats of all kind, from enemy AI soldiers to the Predator player. It’s always best to try and make sure there’s at least one ally nearby. 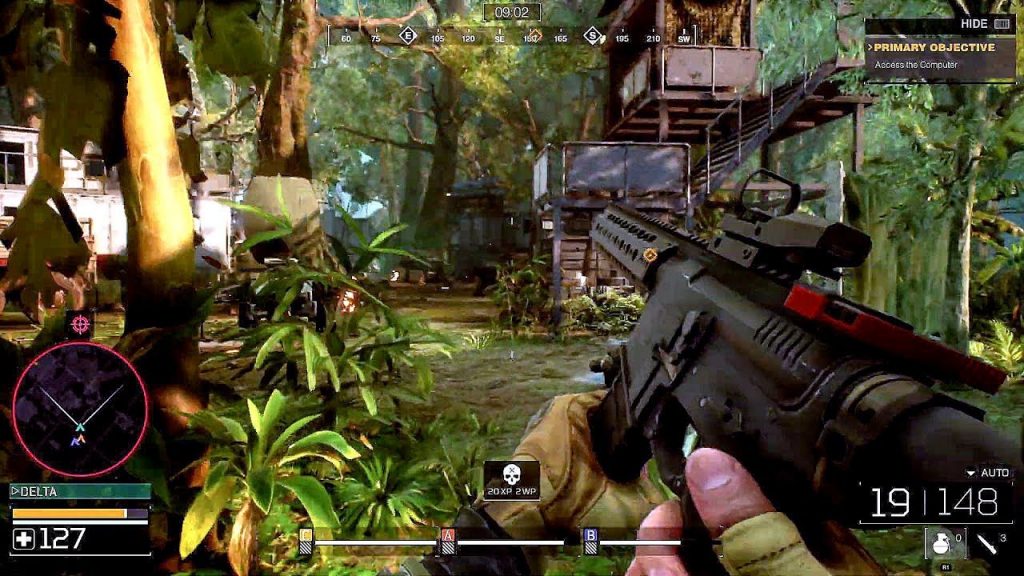 As the Predator, one of your biggest assets is simply the mission the fireteam is assigned to complete. Take advantage of their divided focus. While they are dealing with enemy soldiers or completing objectives, utilize the fact that their attention is elsewhere to your advantage.

Stuck in One Place 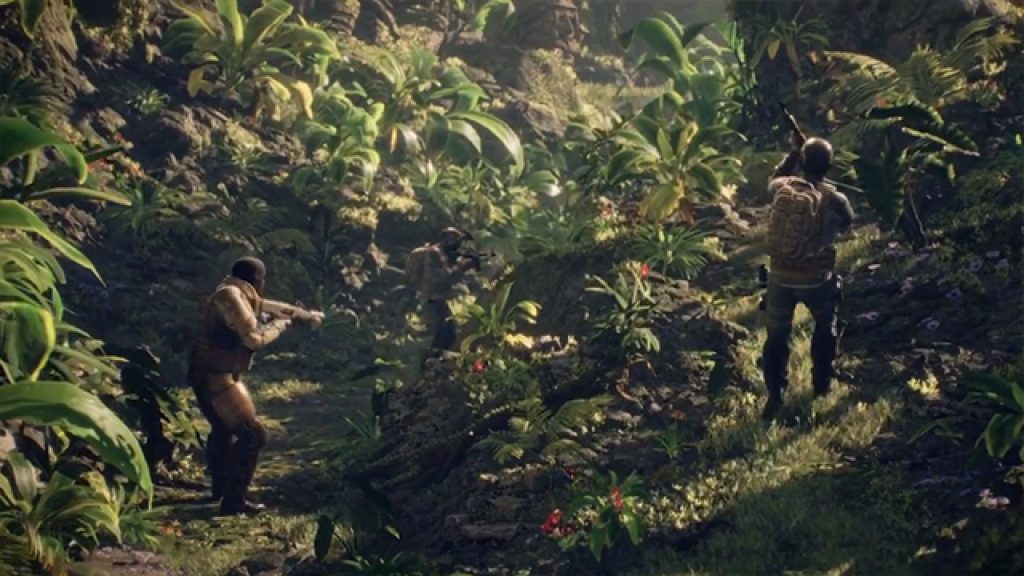 Along those same lines, take advantage of the nature of some of the specific objectives as the Predator. For example, any of the objectives that require the fireteam to upload or hack something require the player that initiated the objective to stay within a certain distance from it. This can make for an easy target to pick off if the rest of the players get distracted by something else.

As the Predator, nearly all of your abilities are tied to an energy meter, which drains as you use them. This includes your active camo, thermal vision, and your target isolator view. These are all essential tools in your arsenal, which means that good energy management is essential to success. 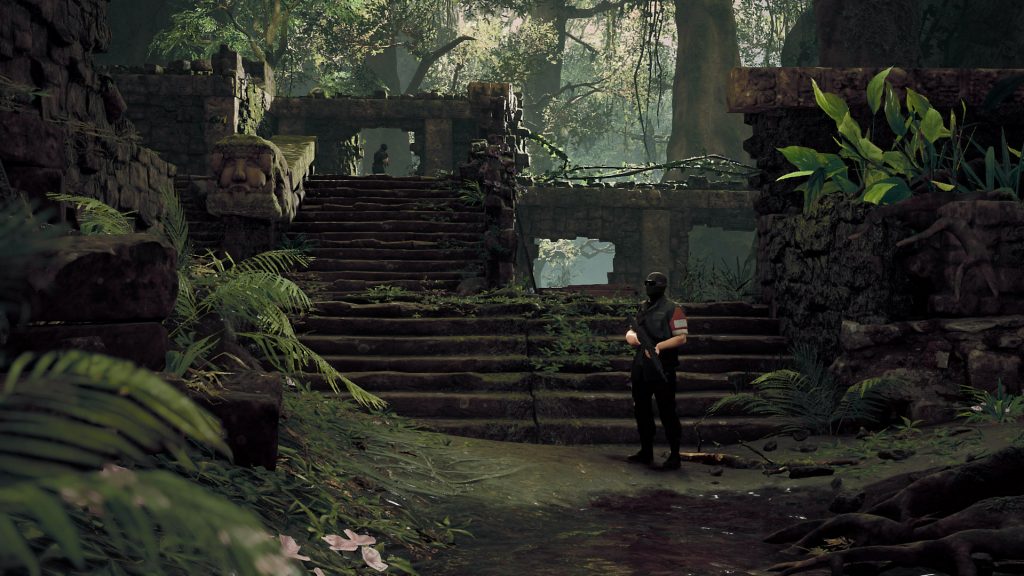 An important thing to note as the Predator is that your ultimate goal, unlike the fireteam players, isn’t actually to survive yourself; it’s to make sure that they don’t. As long as you kill the four fireteam players, the match counts as a victory for the Predator. As such, when you are finally downed as the Predator, you have the option to activate a self-destruct function in your armor, which will explode after a short period of time and kill any players caught in the radius. It’s a last ditch tool, for sure, but it can be a way to turn a defeat into a victory.

You Can’t Hurt Your Friends

By the nature of the game, the fireteam players are going to spend a lot of time firing at a target who’s location they aren’t entirely sure of. Inevitably this means that allies will sometimes get caught in your crossfire. Thankfully, the developers thought ahead about this likelihood, and as such, friendly fire is disabled in the game. So don’t worry about spraying downrange with your friends in the way; you can’t hurt them even if you wanted to.

The Perks of Having Good Perks

Part of character customization is selecting a combination of up to three different perks for your loadout. There’s a large list of available options, and careful selection of your perks is critical to optimizing your loadout and giving yourself the best chances of survival. Some of them are straightforward and universal, like increased health or ammo reserves. Others can be more situational, or can combine with others to make a greatly synergized build.

In Predator: Hunting Grounds, nearly everything you do, from completing objectives to hitting enemy targets, earns you experience points towards your next level up, and the unlocks that come with it. So even if hitting the target looks like a longshot, go for it whenever possible. More experience points means more unlocks and more variety and versatility in your loadouts.

Enemies, both AI and the Predator player, can’t shoot through cover in Predator: Hunting Grounds. This makes good cover an invaluable asset to your survival as a fireteam player, and it should always be prioritized and taken advantage of whenever it’s available. That piece of wood or burned out car can make the difference between survival and defeat.

Get To The Chopper 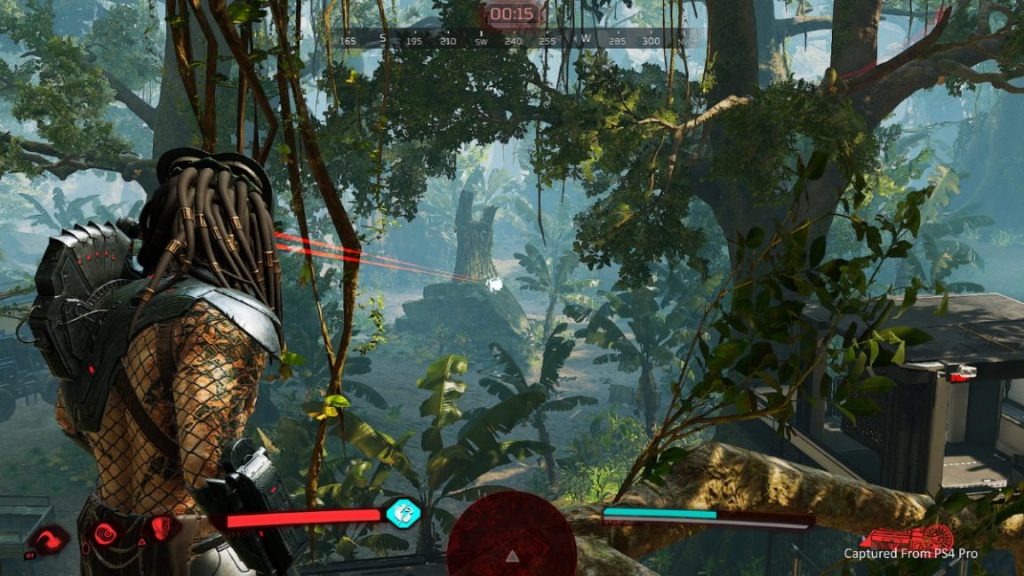 When in doubt, if you’re having a bad hunt as the Predator, waiting for the players at their extraction point can be a good way to finish them off. They all have to group up there to escape, and hordes of AI enemies always flood the area while the players await their escape, providing you on final opportunity to sneak in and take them out.