With spring and Easter upon us, Epic Games is rolling out a brand new event for Fortnite players in Chapter 2 – Season 6.

The Spring Breakout marks Epic’s first-ever spring-themed event since Fortnite arrived on the scene in 2017. However, the developers are no strangers to in-game celebrations, such as last year’s Operation Snowdown. Each seasonal event features a slew of new skins to spend V-Bucks on and new quests that grant players exclusive items. Fortnite’s Spring Breakout features all of the above, some other exciting Easter-related weapons to try and a free pickaxe to unlock. Let’s highlight the crucial details.

Flowers are blooming, the sun is out and robotic ducks and pastel-suited bunnies are on the Island… wait what?

Spring is here and #SpringBreakout is coming! There are new Items, a Duos Cup, Papercraft and even an in-game reward to earn.

Webster, a new Duck character introduced during The Spring Breakout, acts as the event’s mascot. The latest Fortnite character comes along with some Legendary Quests for players to complete. The first of which yields a Webster-themed ‘Tactical Quaxes’ Pickaxe upon completion. All other Spring Breakout requests remain a mystery at this time. However, the event will commence after Epic Games deploys patch v16.10 early tomorrow morning on March 30. Expect to see more Legendary Challenges available when downtime concludes. 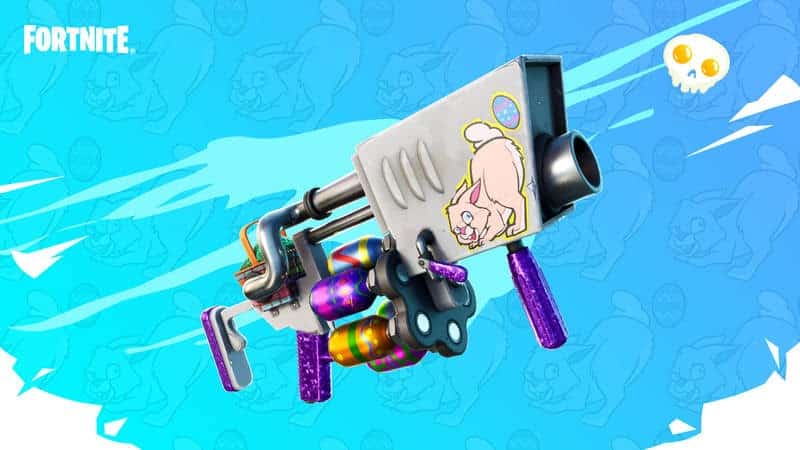 Like the Winter-themed Snowball Launcher, this spring event brings an Egg Launcher. Both presumably have the same Grenade Launcher properties that Fortnite fans should recognize. Additionally, Epic has included consumable Easter Eggs throughout the map, which players can utilize for a ‘Hop Rocks’ effect. Be on the lookout for these Easter items during the Spring Breakout celebration.

That covers all that we know thus far about Fortnite’s inaugural Spring Breakout. Players can also partake in the Spring Breakout Cup for a chance to win the new Webster skin for free, but we will cover that in-depth in a separate article. For more information on the spring event, refer to Epic Games’ blog post.