Twitter Gaming has released its yearly recap, and Fortnite appeared in abundance.

Fortnite Battle Royale enjoyed another successful year in 2021, and make no mistake about it; a lot happened. Those who stuck around for the last 12 months would have experienced five entirely different seasons with various weapons to use and metas to learn. The latter point became a point of emphasis for professional players.

Epic Games and other third-party tournament operators handed players millions of dollars in prize money. Some rising stars established themselves in the scene while recognizable players remained atop the popularity scale.

Now, Twitter Gaming published its yearly recap for 2021. Their statistics reflected the most talked about esports games, players, organizations and more. In 2020, Fortnite had a solid presence on the list, and that trend continued last year.

Here is the complete top ten:

Mongraal and Benjyfishy compete in the European region. Both young talents maintain strong social media followings, respectively enjoying 2.1M and 1.8M followers. It’s been quite the year and Fortnite players remain relevant despite the game falling to the tenth “Most Tweeted About Video Game.”

Most Talked About Video Games 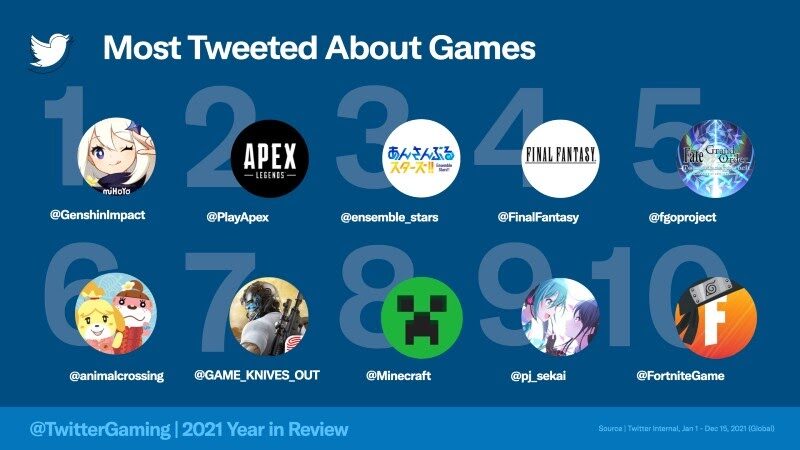 In terms of the game itself, there was a steady decline from 2020 to 2021. Fortnite dropped from the fifth most tweeted about the game last year to tenth this year. The exact reason is a mystery, considering these are merely raw statistics taken directly from Twitter. In any case, Fortnite’s presence on the list means it’s still relevant in the grand scheme.

Here are the top ten games: 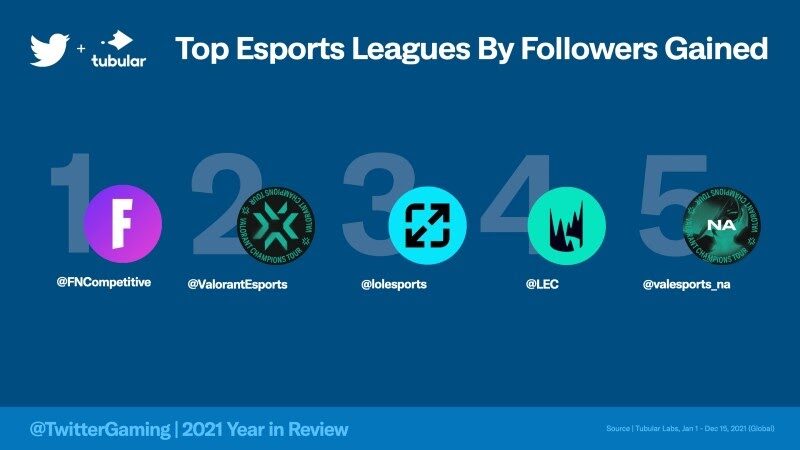 Fortnite’s dedicated competitive Twitter account securing the most followers of all esports leagues last year is the final statistic worth mentioning. That’s a promising sign of what the future holds for the competitive landscape. All in all, despite another online-exclusive year of tournaments, Fortnite remains a worthy competitor in the growing esports space.

RTS Series Age of Empires celebrates with a 550.000$ esports tournament