The time is almost here for competitive Fortnite players worldwide to embark on a month-long quest.

Since Season X, the Fortnite Champion Series (FNCS) has been the benchmark for Fortnite’s elite talents. Fans and viewers have seen legacies cemented and hearts shattered within an instant for the better part of two years.

As usual, Epic Games reimagined Fortnite yet again after last season’s sand-filled, Mancake adventures. Season 6 put forth a “Primal” theme while introducing weapon crafting and animals into the equation. At the same time, Epic added a collection of new weapons into the loot pool.

For over a month, we’ve processed the competitive landscape as trios took part in many Trio Cash Cups and third-party events. Those instances have allowed us to understand what will be critical this season from a tournament standpoint. With that said, let’s break down what viewers should expect to see before the Fortnite Champion Series gets underway.

Fortnite Chapter 2 – Season 6 introduced Crafting as an integral mechanic. While crafting has been an option in Save the World, it had not yet touched Battle Royale until now. ESTNN published a Crafting Guide earlier this season and outlined all of the potential combinations. It would help if you referred to those articles for more information.

Crafting comes down to the number of Mechanical Parts and Animal Bones in a player’s possession. The former produces classic weapons like a Pump Shotgun or Assault Rifle. Animals Bones help create Primal weapons. Finding Mechanical Parts will be a significant element during the Fortnite Champion Series since competitors rely on Pump Shotguns and classic Assault Rifles.

Some key locations are worth highlighting, where Mechanical Parts are available in bulk and some non-player characters (NPCs) that offer weapon upgrades, which we will get to later. 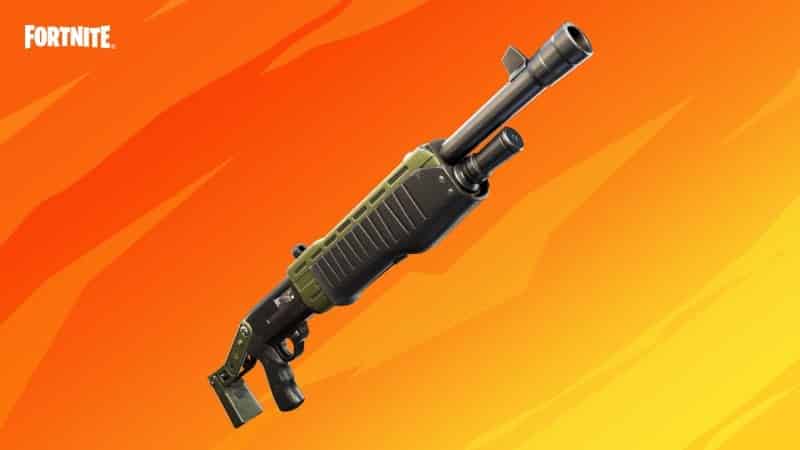 Fortnite’s holy grail, known as the Pump Shotgun, has returned in Season 6. The competitive player base no longer needs to worry about which weapon they will look to attain in each match. Other shotguns this season include the once-powerful and recently nerfed Primal Shotgun and the much stronger and usable Makeshift Shotgun. Expect all players to seek an Epic or Legendary Pump as these two rarities are the most reliable in competitive Fortnite.

This season’s “Primal” theme welcomed Bows into the fold, which virtually replaced the often controversial Sniper Rifles. For the first few weeks of Season 6, Bows were effective but certainly not overpowered. However, Epic Games recently deployed a patch that increased headshot damage and arrow speed for all Bows. This change is significant, considering how easily players can inflict Storm Surge damage tags and down their opponents. Bows went from a nonissue to a focal point in Fortnite rather quickly, and that sentiment will echo in the Fortnite Champion Series.

Primal and Makeshift weapons, in general, rank significantly below classic weapons. The two new Assault Rifle variants are inconsistent from a long distance and the various Pistols, Submachine Guns and Revolver will only be helpful in certain circumstances. This season should feature plenty of Pump Shotguns, classic Assault Rifles and Bows. Competitive Fortnite’s evolution has finally taken shape. After previous instances where unfair items remained in tournaments, Epic has done a complete 180. Season 6 featured many overpowered and questionable weapons, and many of those have since exited the loot pool. Here is a complete list of items that won’t be in play this FNCS:

Players need not worry about the four items above, but keep in mind that the Flame Bow, Grappler Bow and Stink Bow have withstood the loot pool changes. Movement and mobility are two of the most important factors to consider in competitive Fortnite. Last season offered many options including Bouncers, allowing players to traverse the map quickly. However, the same does not apply to Season 6. While cars remain, there are no Bouncers, Zero Point Crystals, Sand Tunnels or Launch Pads.

The options available in Season 6 include Spicy Fish, Peppers, Vehicles and Chickens. If teams cannot stockpile Spicy Fish or Peppers, it’ll be much more difficult to rotate effectively during late-game situations without expending the ever-important building materials. Of course, we can’t forget the new “Chonker” tires, which improve vehicle traction in all-terrain circumstances. 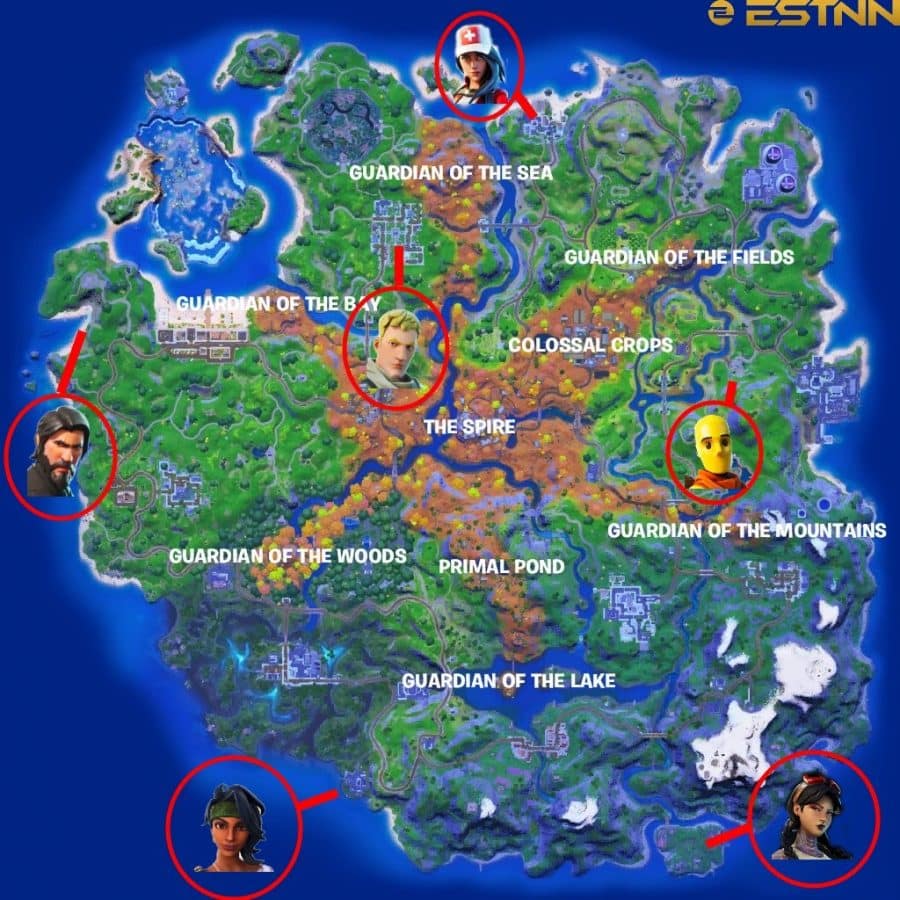 Non-player characters (NPCs) are one aspect of Season 5 that returned in Season 6. These NPCs are familiar Fortnite characters that roam designated areas, where they offer quests, items and weapon upgrades. The weapon upgrade is unquestionably the most appealing feature.

There are seven NPCs across the current map that offer weapon upgrades. We published a guide to locate these characters, which you can read here. Epic recently added Sparkplug to Catty Corner. Expect players to find their way to these areas when convenient to boost their loadouts significantly. 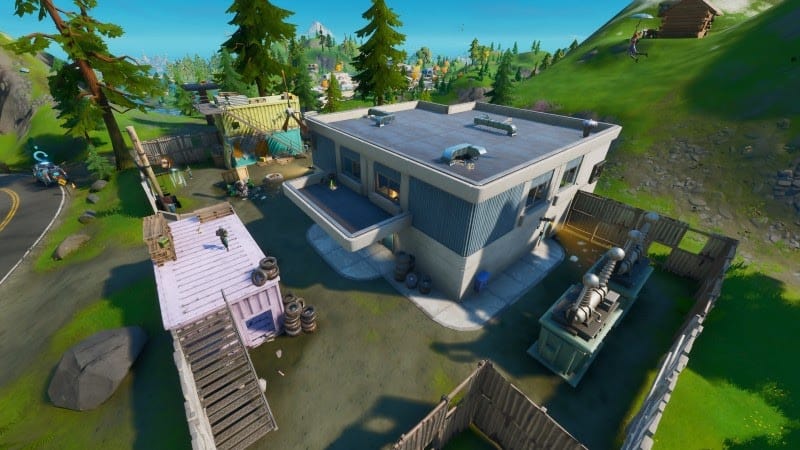 Season 6 introduced many new locations for players to experience, particularly around the map’s middle section. None of the new POIs offer much from a competitive standpoint, mainly due to their lack of Mechanical Parts. As we mentioned earlier, Mechanical Parts are the key to Epic Pump Shotguns and Assault Rifles. While many teams will occupy The Spire, Boney Burbs and Colossal Crops, they’ll be at a slight disadvantage.

Catty Corner, Dirty Docks, Lazy Lake and Slurpy Swamp are some of this season’s most robust locations. Catty Corner received a recent boost when Epic Games added the Sparkplug NPC, which offers weapon upgrades in exchange for gold bars. Teams landing at Catty will often leave the POI with a fully upgraded loadout. It’s also worth noting that locations with a substantial amount of cars are attractive because of the crafting possibilities. 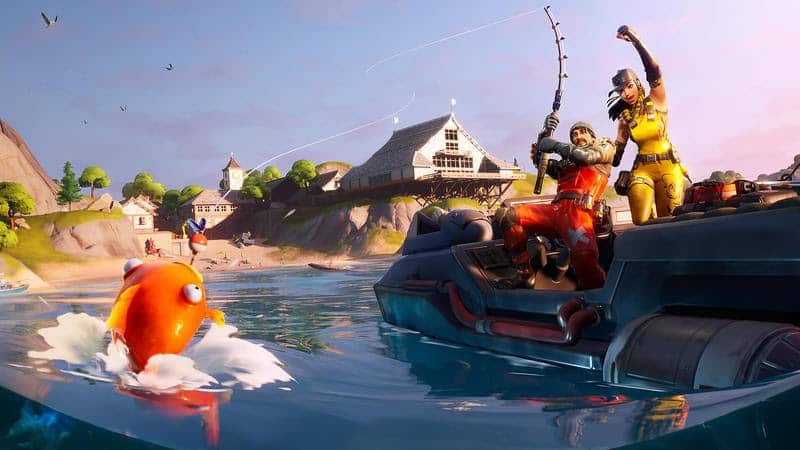 This season’s competitive meta remains somewhat straightforward outside of the crafting mechanic’s inclusion. Stockpiling Mechanical Parts and translating those into high rarity Pump Shotguns and Assault Rifles will create stability for all trios. Expect players to focus heavily on obtaining these weapons, which provide much more comfort than their Primal and Makeshift counterparts.

Also, keep an eye on Bows this season as the recent increase in damage and speed makes them appealing and could produce efficient Storm Surge tags, especially with the Flame and Stink versions. At least one player in each trio will likely carry a Harpoon Gun to pull loot from eliminated opponents.

Winning early fights and executing smart rotations will dictate whether a team sinks or swims. For movement, players should rely on Spicy Fish and Peppers when moving on foot while looking to cars and boats for quicker navigation to those far zones. Viewers should expect a heavy emphasis on fishing for both weapons and healing items. We’ve seen how crucial Floppers are for tanking storm damage, and there is no reason to believe that won’t remain a substantial factor. The X factor this season, unfortunately, comes down to server stability, something out of the player’s hands. Some clips from Season 6 have shown just how unreliable and slow the servers can be when Fortnite is at its worst. While Epic has not addressed these concerns, it’s something that high-level competitors have come to expect. We can only hope that the servers hold up and don’t have to rehash this age-old tale for the next month.

FNCS Season 6 commences this Sunday with the first of three qualifiers. Be sure to tune into Fortnite’s official broadcast and support individual streamers on Twitch and all other streaming platforms.