Fortnite Chapter 2 – Season 4 is nearly one week away from making its much-anticipated debut.

After the last two rather long seasons, Epic Games seems to be on the ball this time. If Chapter 2 – Season 3’s end date holds firm, it will be the shortest season since Season X. The rumor mill is swirling with a potential Fortnite x Marvel cross-over theme for Chapter 2 – Season 4.

Fortnite has always been about fresh items, fun locations and ground-breaking gameplay. With the next season nearly upon us, we’ve compiled a wishlist of what we’d like to see when Chapter 2 – Season 4 drops next week.

Fortnite’s map since the debut of Chapter 2 has received a mixed response from the collective player base. Fans generally accepted some points of interest like Lazy Lake, Misty Meadows and the Agency/Authority. Most of the other locations are somewhat forgettable. Pleasant Park, Retail Row and Salty Springs have stood the test of time from Chapter 1 to Chapter 2. Epic Games manages to keep these locations around as a reminder of the early days of Fortnite, which is a refreshing concept.

Epic’s refusal to part ways with classic points of interest means that they have not forgotten about the past. There is an endless amount of locations from the last three years of Fortnite that players would love to see once again. Tiled Towers is chief among them, considering its iconic layout that helped build the competitive profiles of Nick “NICKMERCS” Kolcheff and Aydan “Aydan” Conrad. The chaos within Tilted Towers elevated Fortnite to the level where even non-players recognized the name.

Chapter 2 – Season 4 is the perfect opportunity for Epic to bring back some classic points of interest like a Tilted Towers. There is simply no reason not to from the developers’ perspective. Players would welcome locations like Lazy Links, Wailing Woods, Haunted Hills, Polar Peak and even Greasy Grove back with open arms. Only time will tell whether Epic decides to open their vault and bring fans back to the early days of Fortnite.

Fewer Non-Player Characters or None at All (NPCs)

Non-player characters, or NPCs, are certainly not a new concept in Fortnite: Battle Royale. Cube Monsters appeared several times, most recently in Season X’s iteration of Retail Row. Now, Epic Games seems to have embraced NPCs as a mainstay in Battle Royale mode. However, the landscape and risk/reward is much different nowadays.

Beginning in Chapter 2 – Season 2, points of interest like The Shark, The Grotto and The Agency spawned Henchmen NPCs and one boss character. Henchmen vary from elite sharpshooters to clueless bots, and there’s almost no in-between. Bosses are not much different in that regard. Mythic loot is certainly worth overcoming a barrage of Henchman fire, but Chapter 2 – Season 3 created a much more stressful environment for Fortnite players.

Epic Games brought back Henchmen and added bosses like Kit, Jules and Ocean in Chapter 2 – Season 3. In general, the Mythic POIs offered the same risk/reward as the previous season. Henchman still could either snipe a player out of the sky or miss all of their shots. The problem in Chapter 2 – Season 3 revolved around new NPCs known as Marauders. These bots spawn randomly on the map and continue to appear throughout any given match. Their weapons range from Hunting Rifles to Stink Bombs and even some Rocket Launchers mixed into the equation.

Marauders do not add anything of value to Fortnite: Battle Royale. The loot dropped by these NPCs simply is not worth the fight that will ensue. Marauder fights typically cost materials and healing items. Meanwhile, the best item that the Marauders drop would be some heals and a Rocket Launcher. Marauders also aggro players from varying distances, create awkward third-party fights and have no place in Fortnite. Chapter 2 – Season 4 should feature NPCs only at Mythic drop spots, provided Mythic items remain in the next season. 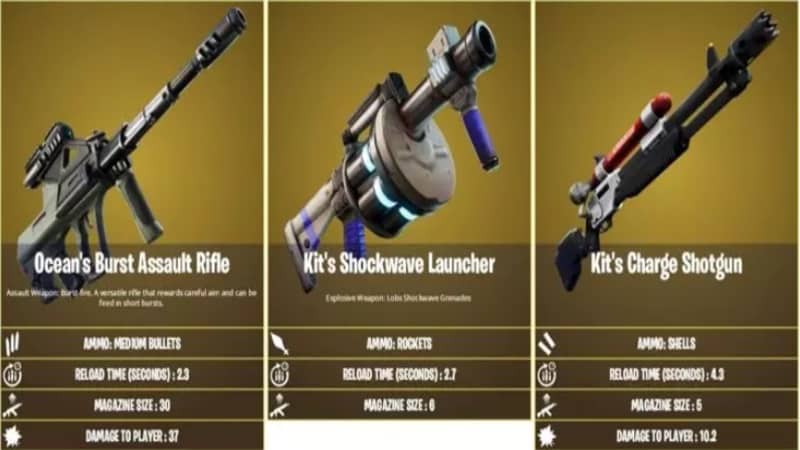 The Infinity Blade became the first Mythic weapon in Fortnite Season 7. Its power became an important topic of discussion during the Winter Royale in 2018. Professional player psalm earned seven eliminations in a tournament match, bringing him to 12 eliminations overall. After Season 7, Mythic weapons only appeared sporadically. Chapter 2 – Season 2 brought Mythic weapons back into the fold significantly. The Grotto, The Shark, The Agency, The Yacht and The Rig each had their unique weapon or item carried by a boss.

Those POIs featured Mythic versions of the Minigun, Assault Rifle, Grappler, Boom Bow, Drum Gun and Heavy Assault Rifle. In the right hands, any of these weapons or items could completely swing an entire lobby, either competitive or casual, in favor of one player or team. Most notably, the Minigun and Drum Gun would rip through structures, shields and health without missing a beat. Skye’s Assault Rifle quickly became the most potent weapon in the game from a distance.

Chapter 2 – Season 3 brought more of the same. A Mythic Chug Jug, Burst Assault Rifle, Charge Shotgun, Glider Gun and Shockwave Launcher entered the fray. Again, players had to battle through Henchman and the boss to earn these weapons and items. In general, the concept makes sense, even in Chapter 2 – Season 2. Having to best boss characters, Henchmen and other players to earn such powerful items should be how Mythic POIs work. However, the problem exists in the power of these weapons and items.

The Shockwave Launcher, in particular, is ridiculous. The Glider Gun is similar to the Launcher but to a lesser degree. From a competitive standpoint, the Shockwave Launcher is a free height retake without any risk. Let’s not forget how easy it is to launch other players into the storm where they will eventually fall to storm damage. Chapter 2 – Season 4 will hopefully remove Mythic items altogether. But if not, maybe Epic Games can produce a spread of fair Mythic weapons and items that will not destroy an entire lobby without mercy. 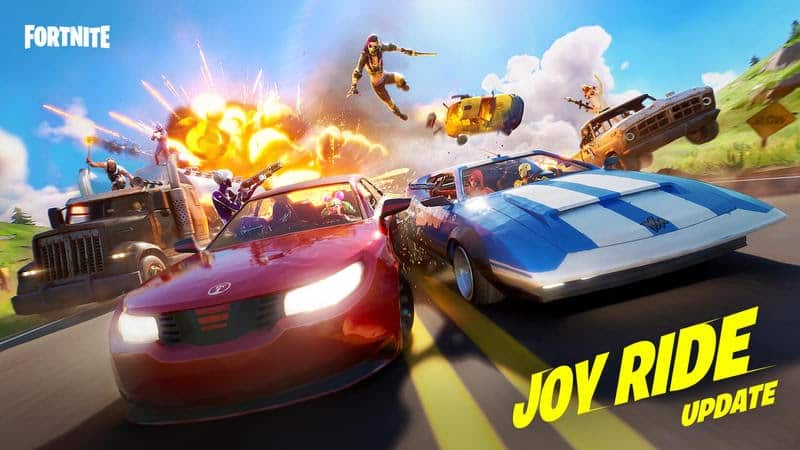 Public matches in Fortnite have become another major topic of conversation since the beginning of Chapter 2. Whether it be solos, duos or squads, pubs are a shell of what they once were in the early days of Fortnite: Battle Royale. Most lobbies include a large number of sweaty players that completely suck the fun out of public matches. This issue doubled with the removal of skill-based matchmaking. Regardless of the playlist, lobbies die quickly, making public games less enjoyable than in past seasons.

Epic Games should consider creating at least a Limited Time Mode (LTM) featuring 150-player lobbies in Chapter 2 – Season 4. There’s no guarantee that this will fix the issue with public matches, but it’s at least a start. If Fortnite were to at least trial higher player counts in pubs, there should be more entertaining end-games and a more competitive feel. Let’s hope that Epic can tweak public matches to create a more rewarding experience for those who would rather not endure Arena mode. 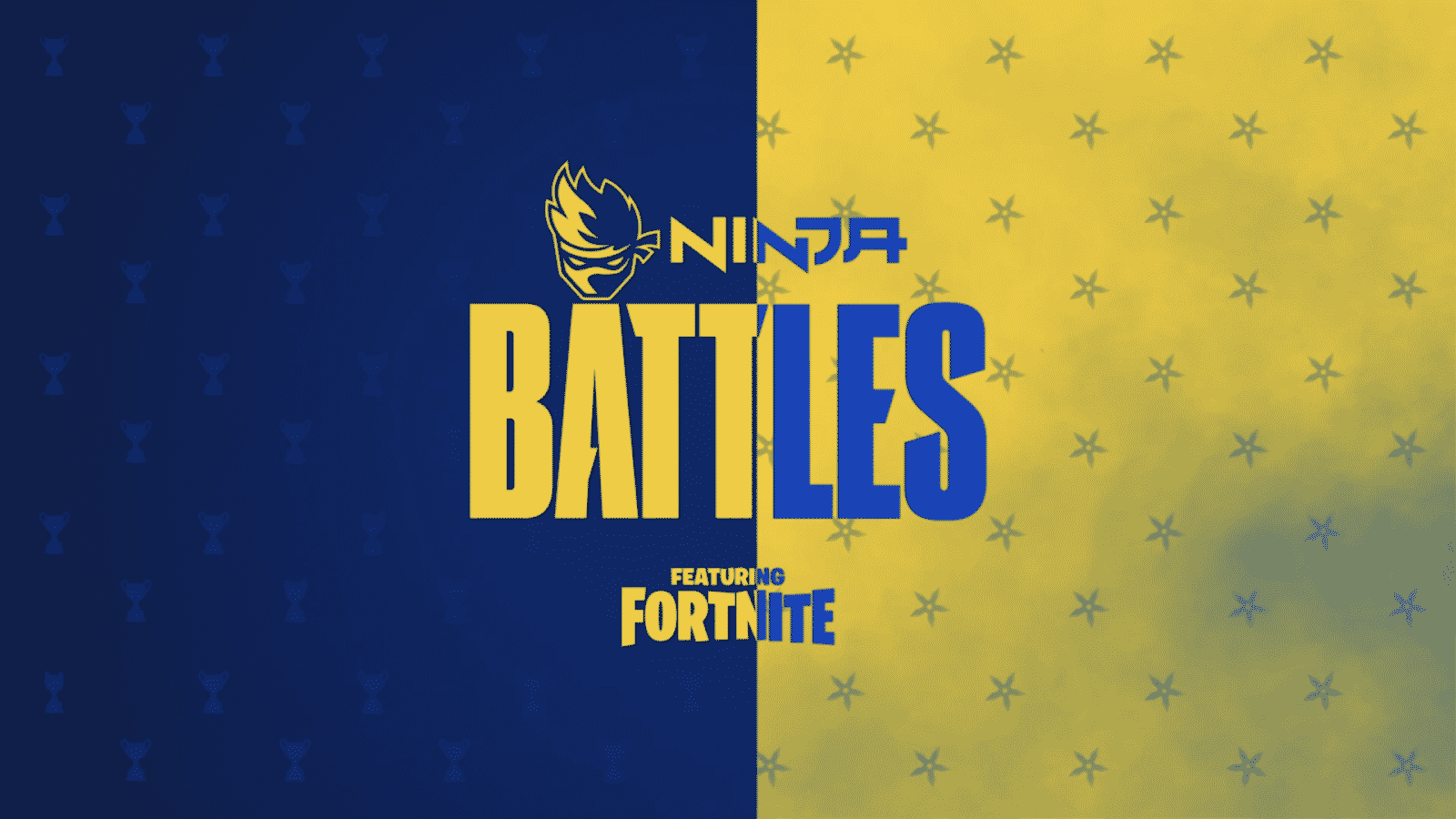 The old days of competitive Fortnite are the true definition of humble beginnings. No one expected Fortnite to blow up from a competitive standpoint. Fast-forward to July of 2019, and Epic Games produced a $30 million World Cup tournament. It was arguably the peak of competitive Fortnite. Millions watched across the world as Epic handed $3 million to duo winners Aqua and Nyhrox followed by another $3 million to Bugha. With insane prize pools for grabs, Fortnite transitioned from invite-only tournaments to tournaments dependent on Arena mode rank.

In general, open tournaments are a problematic concept. Less than two weeks ago, a player using soft-aim hacks reached the Grand Finals of an FNCS Qualifier undetected. Herein lies the issue with open tournaments. There’s no telling how many players are using undetectable hacks and are cashing out. For this reason, invite-only competitions should make their return in Chapter 2 – Season 4.

Epic Games could adopt a similar invite-only model to the Ninja Battles tournaments series. This method could potentially bring content creators of old back into the mix. Ninja’s tournament series includes content creators and pro players of varying skill levels. Epic Games is fully capable of setting a small prize pool aside for a fun invite-only tournament series. It’s just a matter of whether or not they choose to do so. 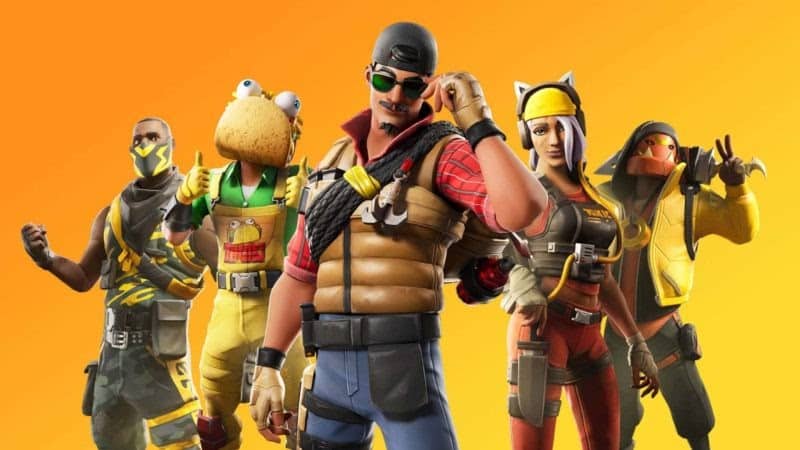 Like our Chapter 2 – Season 3 wishlist, we are yet again campaigning for the readdition of patch notes in Fortnite: Battle Royale. Patch notes have been absent since Chapter 2 – Season 1, and there’s no sign of Epic changing courses on this subject. It’s a shame because patch notes are almost a necessity for the sanity of players everywhere.

Without them, players are wondering what the developers may or may not have changed. Instead, the community has to band together to formulate their own. This scenario simply should never happen in any game. To this day, Epic Games has not acknowledged the lack of patch notes.

What are you hoping for in Fortnite Chapter 2 – Season 4? Let us know on Twitter @ESTNN. Stay tuned to ESTNN for more updates leading into the new season.