With a portion of $250K USD on the line, the NA West region entered DreamHack’s second monthly Fortnite tournament. The competition began with open qualifiers on Thursday. Overall, players competed for over nine hours collectively with hopes of reaching the Grand Finals. NA West players have surprised as of late with its top players, including last month’s champion 100T Arkhram, NRG EpikWhale, EP wavyjacob, XTRA Middi and many others.

The Grand Finals offered six matches for players to accumulate as many points as possible. Let’s take a look at who showed up when it mattered most in the second NA West DreamHack Online Open Finals.

Fortnite veteran and World Cup Finalist 4DRStorm earned first place after six intense matches in the Grand Finals. He compiled 342 points with one Victory Royale and 27 eliminations. 4DRStorm has been on a roll as of late, winning a Solo Cash Cup last month and taking 15th place in the July DreamHack Finals. It was only a matter of time before he broke out with his first significant victory in a high stakes solo tournament.

4DRStorm took home the $4K USD grand prize due to his impressive display of Fortnite and joined 100T Arkhram in the NA West winner’s circle. Finishing just below the DreamHack Champion was another Fortnite World Cup Finalist. NRG EpikWhale needs no introduction considering the number of victories and high placements he’s managed since becoming a professional player. He finished with 304 points and 14 eliminations, taking home $2K USD.

Another NA West standout Daddy favs rounded out the top three with 295 points. NA East players Whofishy and nanolite took fourth and fifth place, respectively. See where all of the finalists landed on the leaderboard below. 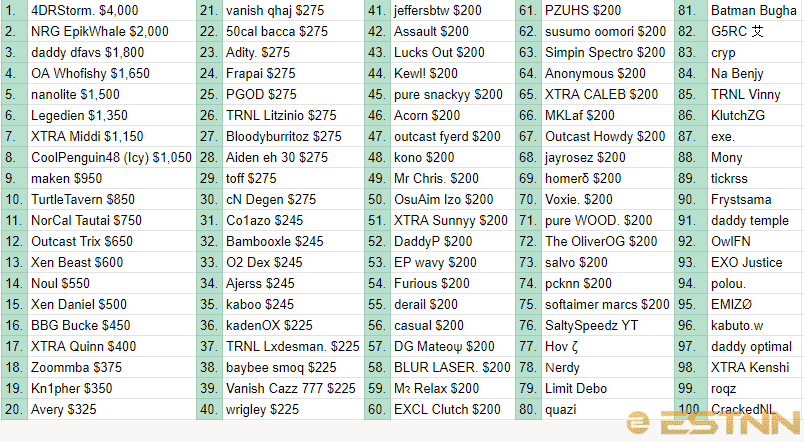 Congratulations to 4DRStorm for an outstanding performance in the second DreamHack Online Open featuring Fortnite. The competition resumes in two weeks with Europe and NA East.

Check back here at ESTNN for continued coverage!

Half-Life 1 But The Engine Changes Every Minute

Half-Life 1 But The Engine Changes Every Minute