With the rumoured ‘Nvidia killer’ GPU – AMD’s ‘Big Navi’ – approaching, you might be forgiven for retaining optimism for AMD’s Navi GPUs. But those of you who follow such things already know: AMD has been having some serious issues with its Navi drivers. This isn’t just a few people screeching over on Reddit, either: AMD itself has recognised the issues and released a new driver update that is supposed to fix most of them… but not all of them.

AMD’s recognition of these issues demonstrates two things. First, it shows us that the issues are big enough to hold its attention. Second, it shows us that AMD is, thankfully, taking them seriously. The problem, however, is I don’t think people quite realise just how important getting these drivers completely sorted is for Big Navi’s success.

There are already many accounts of people swapping out their RX 5700s and RX 5700 XTs for Nvidia GPUs after encountering driver issues. For a brand that is already sometimes (and, in my opinion, unfairly) regarded as ‘good, but less reliable than Nvidia,’ AMD cannot afford to allow game-breaking driver issues to go unfixed for too long, or else people will not feel confident enough to fork out on its new high-end GPU. After all, what’s the point in a top-performing GPU that can’t actually utilise that performance thanks to its drivers?

But it wasn’t always this way. And it doesn’t have to remain this way. In fact, I sincerely hope it doesn’t. Allow me, briefly, to tell you a tale. This tale, like many, follows the rising of heroes, travels through the thorny brush, and hopes for redemption in a better future…

Green Pastures for the red team

Once upon a 2017 AMD Capsaicin event, AMD announced its Vega GPU architecture. This architecture was supposed to be the Next Big Thing for gaming GPUs, sporting high-bandwidth memory, next-gen Compute Units (CUs), and an advanced Pixel Engine, amongst other things. And so, with the release of AMD’s Vega 64 and Vega 56 GPUs, Nvidia was supposed to have its work cut out for it.

Unfortunately, however, this isn’t how it panned out. Developers didn’t develop their games to fully utilise the power of the Vega architecture, and so instead of being high-end competitors, AMD Vega GPUs were sadly labelled ‘overpriced’ and ‘underperforming.’ AMD learned not to place its faith in a developer’s pocket and instead worked on its Navi line of GPUs.

Don’t want to wait for Big Navi? Check out our list of the best graphics cards for gaming in 2020.

This approach put AMD in a position where its RX 5700 and RX 5700 XT GPUs performed slightly worse than RTX 2060 and 2070 Super GPUs, but offered far greater performance per dollar. This is why the RX 5700 and 5700 XT GPUs made our list of the best graphics cards in 2020: they’re almost as good as Nvidia’s competitor cards in performance, but much cheaper. Plus, you can easily unlock and overclock the 5700 to turn it into a 5700 XT.

So, AMD is finally competing with Nvidia, at least at the mid-high-end. While its GPUs don’t perform quite as well (and run a fair bit hotter) they offer unrivalled low prices for that still stellar performance. Things were good in AMD’s world – sunshine, rainbows, all that good stuff. But across the green pastures lay a dark foreboding, and its name was the Adrenalin Driver Package.

Problems didn’t begin with AMD’s Adrenalin 2020 driver package, however – issues were being reported as far back as August 2019 by users sporting AMD’s Adrenalin 2019 drivers. Users were reporting all kinds of problems with their Navi graphics cards.

While the list of reported driver issues is… extensive. We must remember, at the outset, that those who have problems with the drivers are going to be the ones most likely to speak about them. We can’t forget the silent majority who are presumably getting on just fine with their RX 5700s and RX 5700 XTs. Nevertheless, there have still been a disproportionate number of people reporting issues including:

(Maybe AMD should have had a “fix the driver issues causing crashes” option in its feedback survey from a month ago.)

I must emphasise that while these issues are quite prevalent, they are not present in the majority of users’ experiences. Dave’s been using his RX 5700 just fine for the past few months, and he’s known to tinker with his toys quite a bit. The little tinker.

There are also users who have managed to resolve their driver issues. Some rolled back drivers to the previous 19.12.1 release by using AMD’s driver uninstaller tool and then downloading the 19.12.1 driver from its website – or even simply by rolling the driver back through device manager. Other users have found that disabling Enhanced Sync resolved their issues. This is a setting which AMD says “helps gamers minimize screen tearing while decreasing the latency and stutter of traditional V-sync.” It’s also on the list of ‘known issues’ in AMD’s recent mass bug fix.

Still further users have had to try out more strange methods in an attempt to fix their RX 5700 and 5700 XT problems. Some users reported that changing their BIOS’s PCIe settings to ‘Gen 3’ stopped their games from crashing, despite it supposedly being caused by driver issues, which makes little sense (but hey, who am I to question the wisdom of empirical testing?). 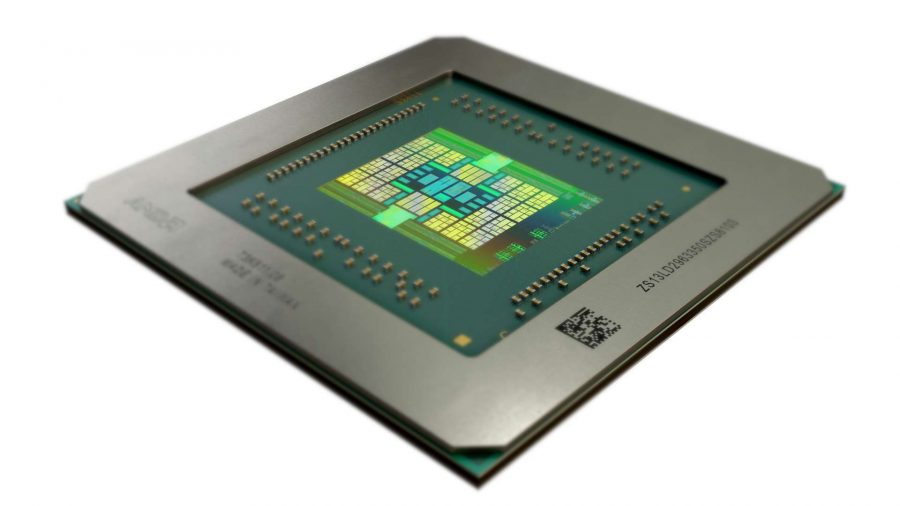 Despite the fact that AMD released a driver update that was meant to fix these issues, not all issues have been resolved. AMD said: “although Radeon Software Adrenalin 2020 Edition 20.2.2 resolves many black screen issues, AMD is aware that some users may still experience black screen or system hang issues during extended periods of gameplay. AMD will continue to monitor and investigate reports of these issues closely.”

Enhanced Sync still causes issues in certain games, so AMD has set it to be automatically disabled with its latest 20.2.2 drivers – for now, at least. AMD also notes a handful other issues that are still unresolved in its driver update.

As always, nothing is black and white – there are positives and negatives, here. On the one hand, this update shows that AMD recognises its driver issues and is taking steps towards fixing them. On the other hand, ‘Big Navi’ is coming, and half-measures probably won’t cut it. 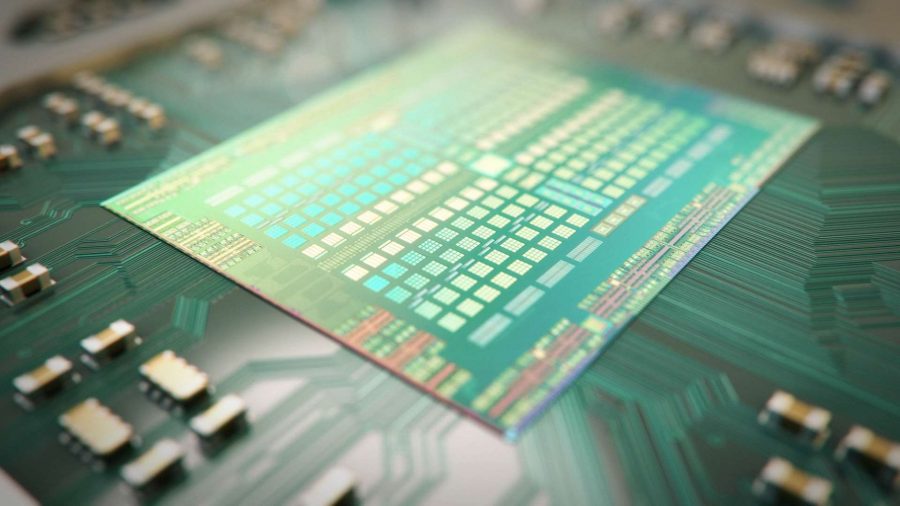 After Vega, AMD’s Navi lineup was a welcome sight not just for AMD but for us gamers. Nvidia finally had some competition in the mainstream market, and the thought was that GPU prices might slow their upward climb into quadruple digits. AMD’s RX 5600 XT, 5700 and 5700 XT GPUs signalled the rekindling of a very old but powerful watermill called Radeon, and the hope was that this would continue and seep up into the higher-end mainstream GPUs.

Then Big Navi rumours surfaced. Certification listings were spotted, and AMD confirmed that RDNA 2 GPUs will be unveiled on March 5. Not only will Big Navi hopefully be a ray tracing, RTX 2080 Ti-competing, 4K-disrupting monster that’s at least 12% faster than a 5700 XT, but it will also be based on a new architecture to boot.

This shouldn’t only make AMD fans hopeful – Big Navi will be good for everyone. Well, everyone except (perhaps) Nvidia. We’ve already seen GPU prices increase ridiculous amounts over and above natural inflation over the past few years, thanks to a lack of real competition for high-end consumer GPUs.

who’s going to buy it when there’s a chance its drivers will render it obsolete?

A high-end AMD competitor GPU will put Nvidia if not on the back foot, then at least in a position where it has to actually compete on the price front. Currently, Nvidia can hike up prices as high as it wants on its high-end cards, and only compete with the price of its lower-specced cards. As soon as AMD launches high-end competition, this will have to change.

Plus, RDNA 2.0 is exciting regardless of how Nvidia reacts. AMD’s RDNA 2 architecture is not a mere RDNA “refresh”, it told Tom’s Hardware. AMD RDNA GPUs are already built using TSMC’s 7nm process node, while Nvidia Turing GPUs are built using a 12nm process node – but do note that Nvidia could hypothetically use TSMC’s new 7nm+ process node for its own GPUs at any time, shattering AMD’s performance per watt benefit. TSMC is one of the semiconductor manufacturers leading the charge with its process node technology, and with AMD Zen 3 processors set to be built using a 7nm+ process node, seeing what AMD and TSMC have in store for Big Navi is genuinely exciting. With it hitting North America for testing over a month ago, it’s likely not even going to be too long before we can buy this ‘Nvidia killer,’ either.

Here’s the thing, though: however amazing Big Navi ends up being, who’s going to buy it when there’s a chance its drivers will render it obsolete?

I really, really want Big Navi to succeed – and you should, too, for reasons stated above. But I also really doubt that it will unless AMD can completely resolve its Navi-based driver issues. And that means no half-measures.

As great as it is that AMD is working on the issue, it’s vital to restore trust in its brand. Amongst naysayers, opinions of AMD have always been, primarily, “yeah, they have some great specs… but I trust what I’m getting more with Nvidia.” With an image that is already like this in many gamers’ eyes, these driver issues could quite literally make or break Big Navi.

Unfortunately, for Big Navi to succeed, AMD might require nothing less than complete success in its driver updates over the coming months. And if Big Navi doesn’t succeed, we all lose out for another generation.